When two close friends take a shortcut on their way home from the store, they are intercepted by a couple of street thugs. What’s supposed to be a short beer-getting walk transforms into a traumatic event that completely shakes the participants and makes them wonder not only how true their friendship really is, but if they are the same people that entered the seemingly deserted back alley. Christopher Rucinski, filmmaker with editorial experience from huge projects like Captain America and The Wolverine, simply put, filmed a brilliant short. This 9-minute story is full of adrenaline, the tension is almost tangible, the two actors—Justin Arnold and Jesse Gavin—are quite impressive in their subtlety, and the writing is so marvelously simple that Dogs In the Distance immediately knocked us off our feet. The real beauty of this story is that it’s close to home—it can happen literally to anyone, and it immediately demands that we ask ourselves the crucial question. What would we do in a situation like this? We’ve seen loads of more or less successful short horror films, but literally can’t remember any of them causing this kind of distress in our heads. Great work. 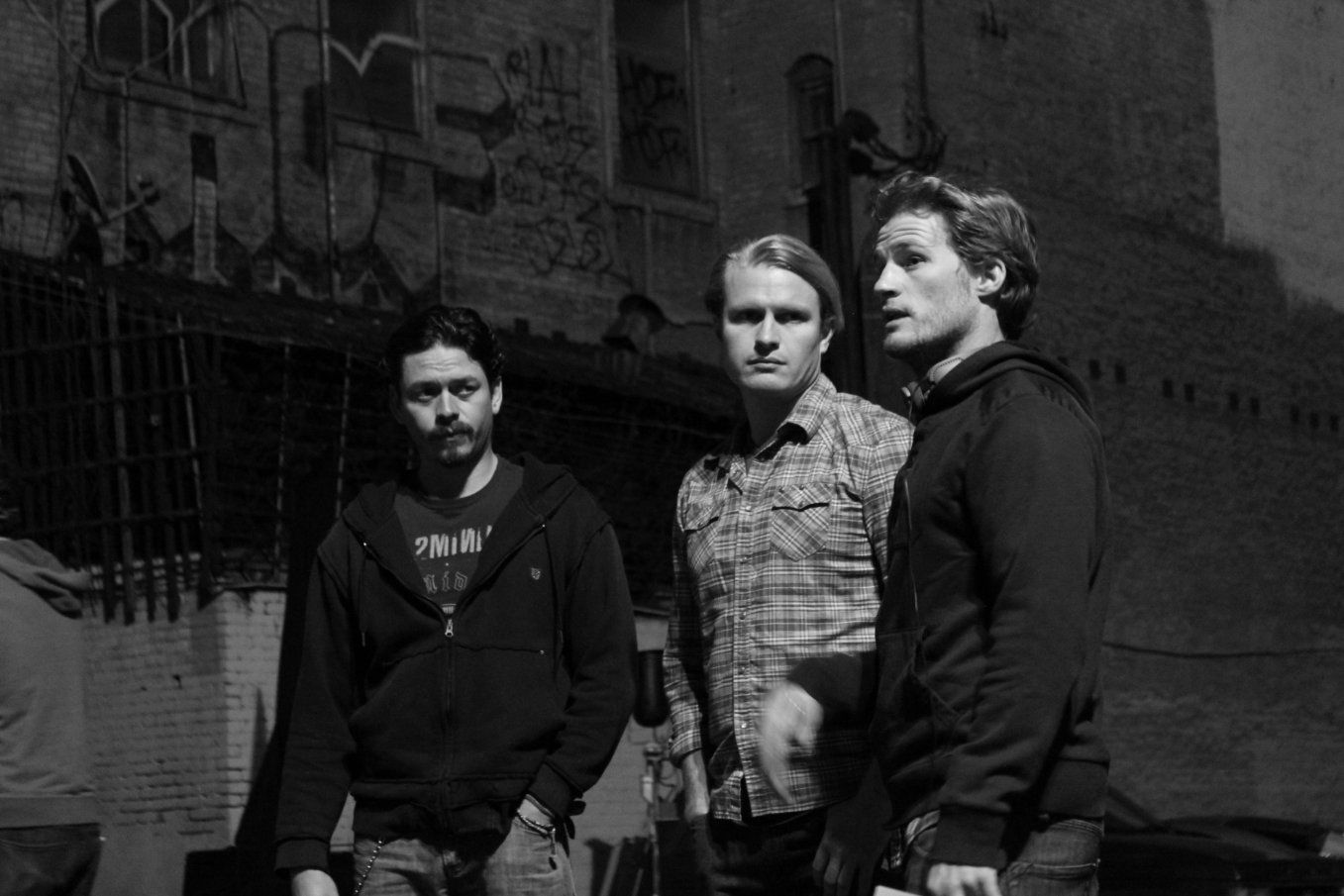 What made you fell in love with the world of film?
I was lucky enough to have a film study class offered at my public high school. Taught by a Mr. Reale, his intro and advanced classes exposed me to films I would not have seen at that time otherwise. I remember watching On The Waterfront, Raging Bull, In The Name Of The Father, Casablanca, Dog Day Afternoon, Apocalypse Now, and Do The Right Thing for the first time ever and being mesmerized. I began watching film from an academic and anthropological point of view, rather than entertainment. There were characters and perspectives in those films that I had not experienced in my own life and being able to empathize with them was eye-opening.

Who are your filmmaking role models and why? How did they influence you?
One of my biggest influences is Sydney Lumet. His films always struck me for their honesty. The shot making, character development, and stories he chose to tell all influenced me. I loved how political he was as a filmmaker. He asked you to think about the grander problem his characters were facing and living in. Dog Day Afternoon is the film that piqued my interest in picture editing. Lumet, Scorsese, and Polanski were the first directors I gravitated towards.

Raging Bull was my sound editing epiphany. Polanski’s films taught me the art of suspense and the psychological thriller. I took an early interest in Polish cinema, and visited Lodz Film School during a study abroad program when I learned Polanski and Andrzej Wajda went there. Krzysztof Kieslowski is also a big influence. I learned a ton about filmmaking from his Three Colors trilogy. I discovered the films of Paul Thomas Anderson and Christopher Nolan while working at my local video rental store. I watched Nolan’s The Following on a whim, picking it off the shelf. I didn’t know who he was then, but that was the first film I thought “wow, it doesn’t seem like I need a big budget to make a great film.” That got me thinking I could make things myself.

What inspired you to make Dogs In The Distance?
Dogs is inspired by a real event, my friend and I got jumped in Boston’s Chinatown. When I told the story to people, no one believed I threw a rock like that and hit the mugger in the head. So I originally wrote the film to depict that moment, and to sit with the characters as all three begin to think that one guy is dead. Most of those initial reactions are verbatim. When rehearsing with my actors, the store evolved to explore more themes and perspectives. I wanted the audience to empathize with the muggers when the roles are shifted and they become the victims. We purposefully don’t know too much about the friends or the muggers in the beginning—I wanted their friendship and individual human nature to unfold during the action. The film explores the dynamic shift between attacker and victim for these two sets of loyal friends. 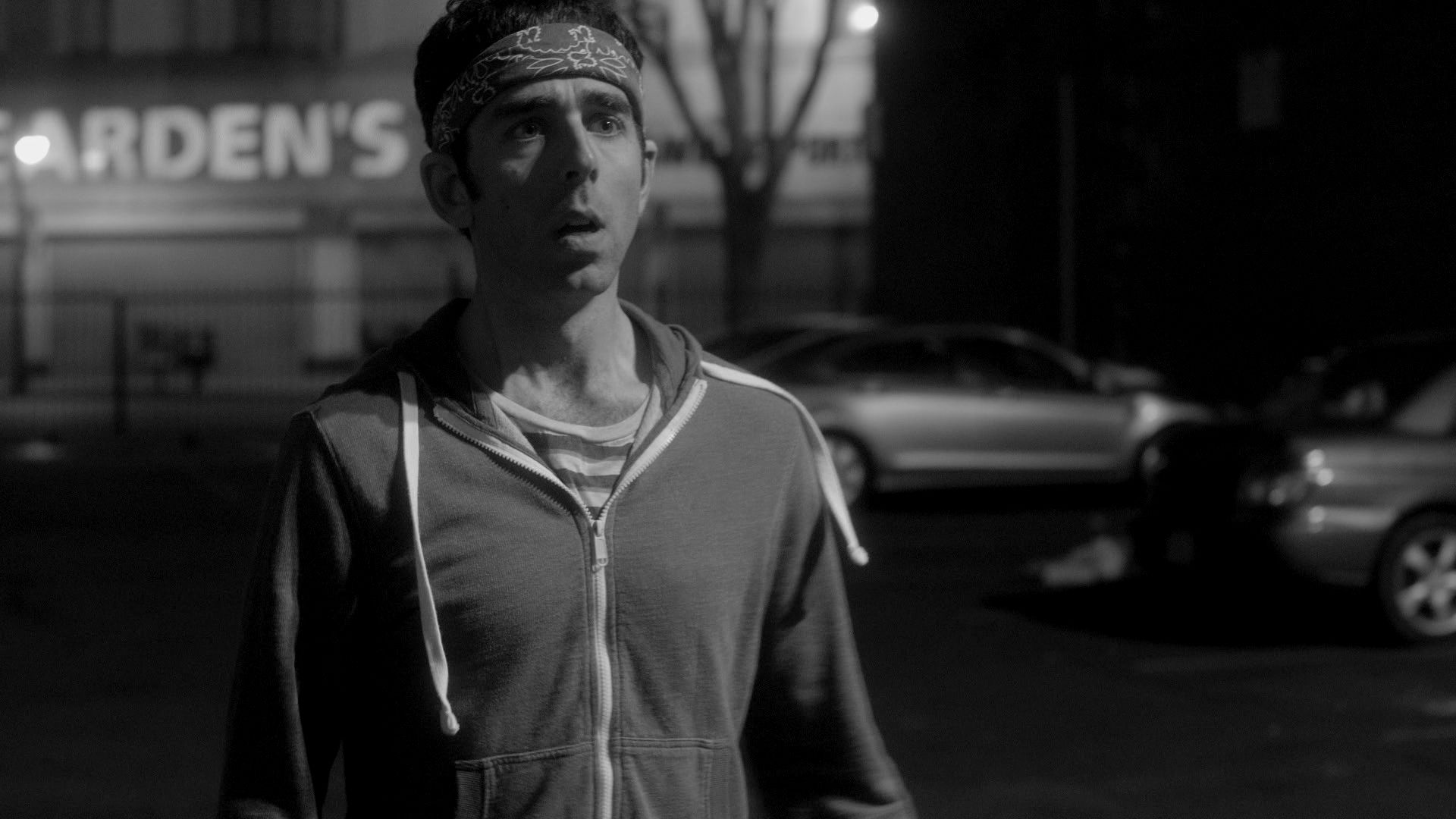 Did you go to film school? Do you think it’s possible to become a capable filmmaker without formal film education?
I went to Emerson College in Boston, originally for music production. While there, I became more interested in sound editing for film and then picture editing. I never made a “thesis film” or “student film.” I couldn’t see how students had money left over from tuition to do that. I’m very happy with my Emerson experience. I met one of my career mentors, editor Michael McCusker, through editing professor Peter Schink. A capable filmmaker needs to possess so many other qualities and characteristics that it renders the film school debate kind of pointless. For me, college was a huge life experience. Whether you go to film school or not, you still need to get that basic technical education in filmmaking. It’s a trade, and a skill. Your qualities and sensitivity as a human are what make you a capable filmmaker.

Who is your favorite filmmaker in the world today? What makes them so special?
There are always new directors creating something extraordinary so I don’t have one favorite filmmaking voice. Scorsese and PT Anderson will always create something I appreciate and learn from. They’re masters of the craft. Christopher Nolan seems like the most versatile filmmaker right now due to his strong independent voice while generating big budget films. He’s also the most vocal advocate for continuing to shoot on film. Darren Aronofsky was one of my favorites in college, and I saw him speak after a screening of The Fountain in Boston. He was inspiring to listen to. I think any filmmaker that can hold true to their story and characters, have that singleness of vision, while being bombarded from all sides by differing ideas or ways to tell their story, is special. 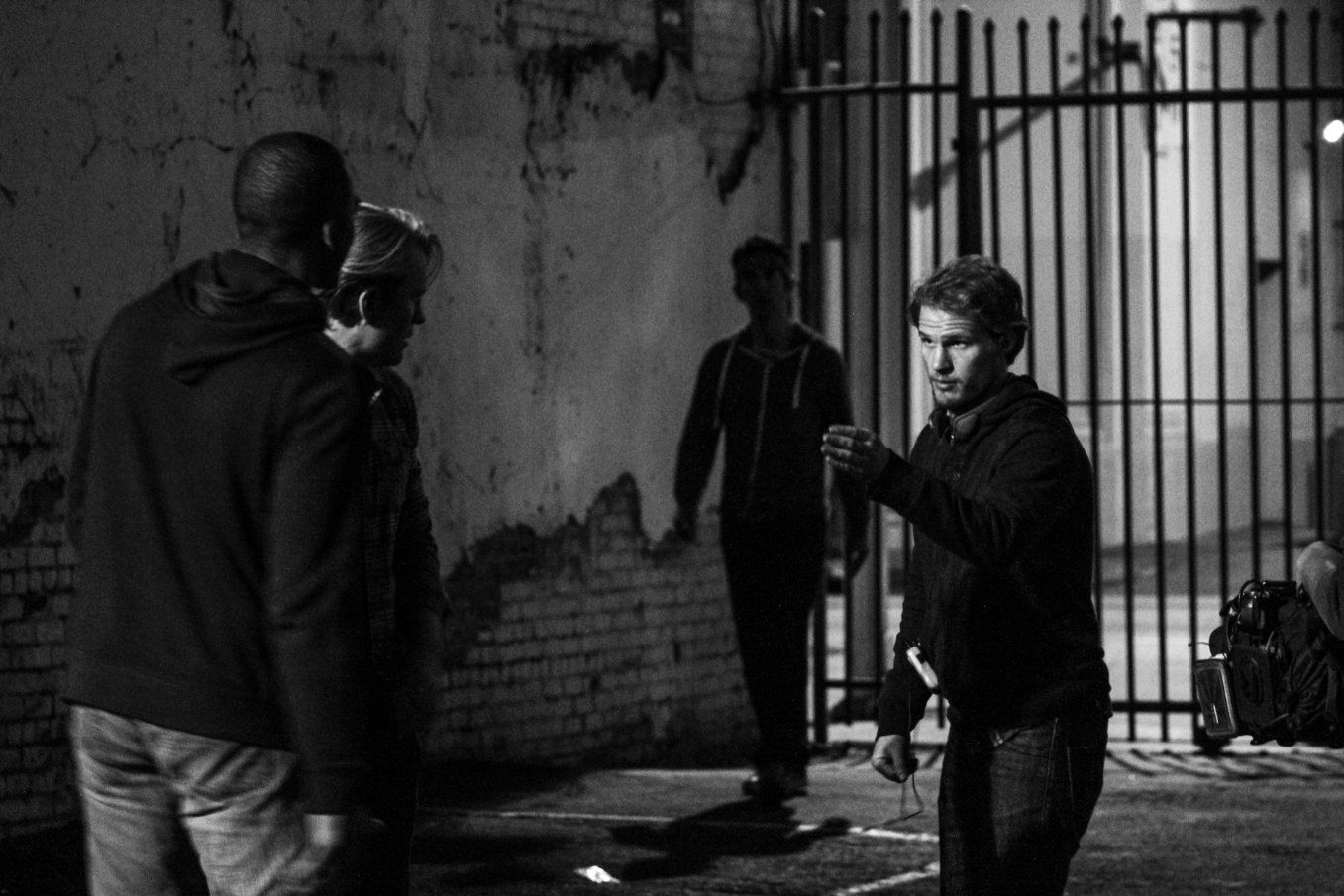 You worked on big budget Hollywood films such as Captain America: The First Avenger and The Wolverine, as well as Don Jon, Hesher and Knight and Day. What did you gain from those experiences?
I gained a ton! By having access to and watching all the dailies on those films, I’ve learned what coverage is absolutely necessary to make a scene work. You also discover really quickly who the talented actors are and who just seem good because the editor is good. I’ve learned how to create character and story arc from a pragmatic approach, spot music, the sound mix process, and how to finish a big film. Big budget movies can also get political, in and out of the cutting room, so it’s been good exercise navigating those environments.

What is your stance towards piracy? If illegal downloading enables fifty or a hundred thousand people to see Dogs In The Distance, would you be ok with it?
I would love for Dogs to be seen by that many people! Would one of those people hire me to direct a feature? For most filmmakers and other artists, they just want their work seen. Being in the editor’s guild, though, I’m supposed to tell you that piracy is pure evil… 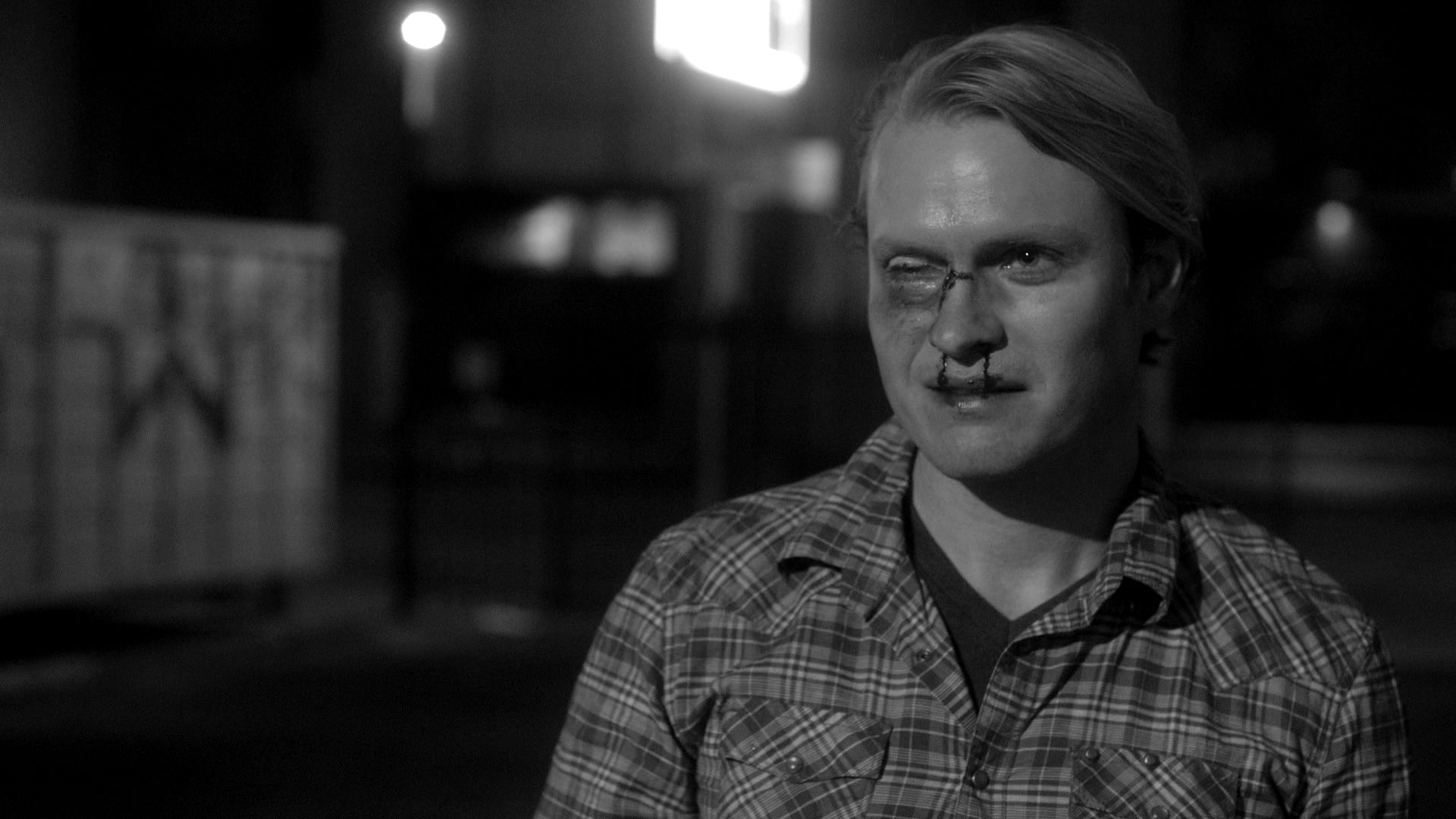 Where do you see yourself, let’s say, in five years’ time?
Hopefully with one feature under my belt as director, and working on the second. I love the craft of editing, but unless you are on a film with a very talented and collaborative director at the helm, it’s hard to get inspired to do that work every day. The weather in LA is too nice to be inside! With the popcorn comic book movies, you just kind of check out mentally. I’d like to turn my brain on at work. I want film to be immersive and ask more of the audience, depict real life, and be relatable. If my career allows me to be an editor on such a film, awesome. If not, I’d rather be writing and directing my own.

Are you currently working on a new project? What would you like to do next?
I just shot a music video and a non-dialogue short, both with the supporting actor from Dogs, Jesse Gavin. Those will be online by mid-November. I’m currently an assistant vfx editor on The Fantastic Four, and co-editing an indie feature called No Way To Live. The lead actor from Dogs, Justin Arnold, is acting in that one. I’d like to shoot one more short film and music video before the end of the year. I’m focusing 2015 on my first feature, so I am reading scripts and looking for producing partners! 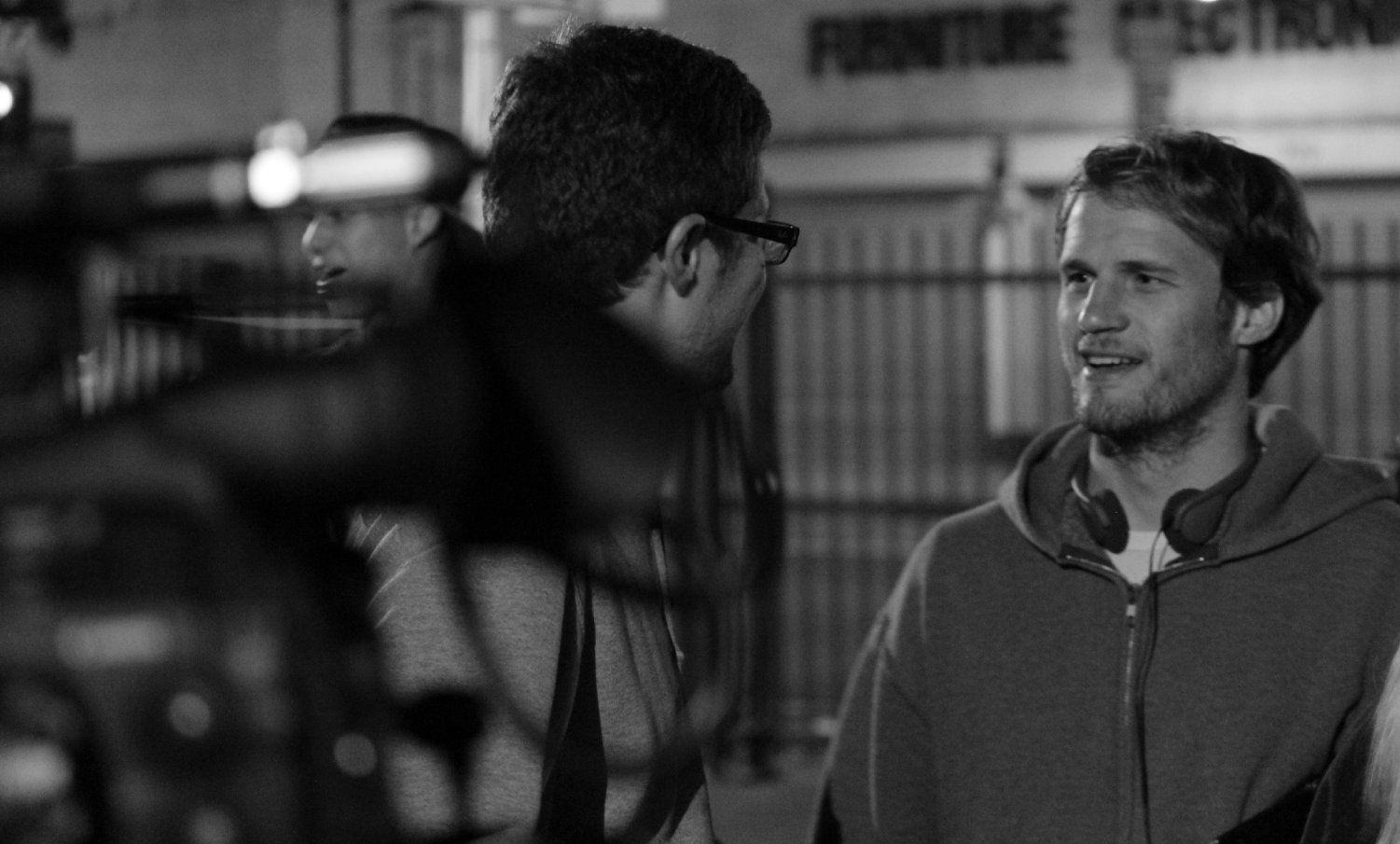 Christopher Rucinski is a film editor and director based in Venice, CA. He is the founder of Working Memory Picture Company, providing post-production services to narrative short and feature films.

Christopher started his career as an editor for the New England Patriots. Becoming a member of the Motion Picture Editor’s Guild, he’s worked on major motion pictures including Captain America and The Wolverine. His clients include Twentieth Century Fox, Marvel Studios, Universal Pictures, and HitRecord Films.

Before editing, Christopher assisted with music soundtrack acquisitions at Milan Entertainment. He is a member of BMI and AFM, because, when not working on film, he enjoys slappin’ da bass!

Christopher can be seen on screen in the film Get On Up, performing as legendary bassist Tim Drummond.

Christopher is currently looking for feature scripts and musicians to work with. 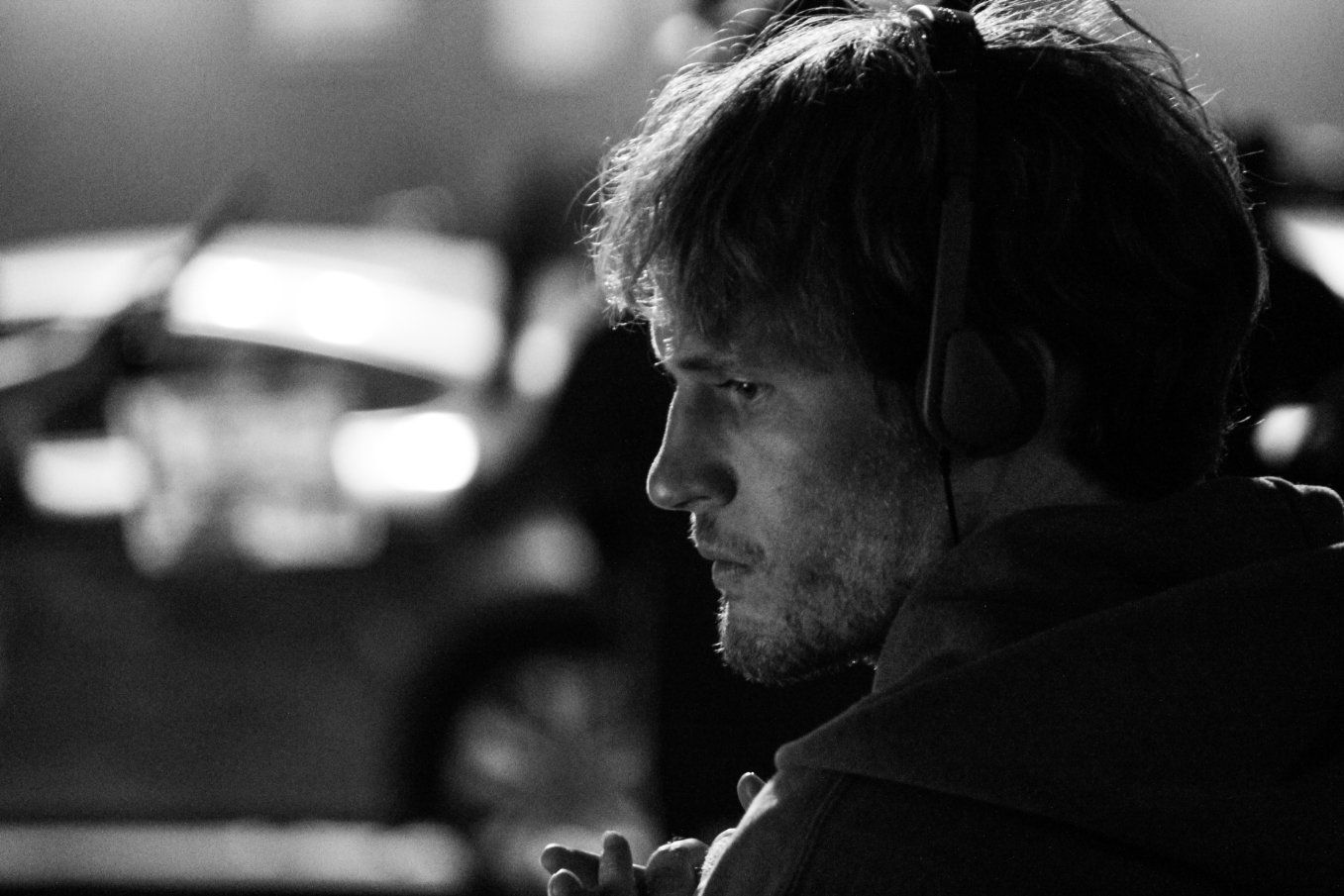