Three-time Oscar winner Thelma Schoonmaker has been working with Martin Scorsese for almost half a century now. From Who’s That Knocking On My Door to The Wolf of Wall Street, they enjoyed a fruitful and harmonious collaboration. In this fantastic 17-minute interview, Schoonmaker discusses why her relationship with Scorsese functions so well and what makes American style of editing different from European. Talking about Scorsese’s relentless passion for film history, his desire to be fully involved in the editing process and his constant need for self-improvement, she gives us brief but precious insight into the making of Goodfellas and The Age of Innocence. What strikes us most, perhaps, is the way she talks about a filmmaker she obviously deeply admires and respects.

“In May 2010, Thelma Schoonmaker, Martin Scorsese’s longtime film editor, received the Susan B. Anthony ‘Failure Is Impossible’ Award at the George Eastman House 360 | 365 Film Festival in Rochester, N.Y. (Past recipients of the award, which honors prominent female figures in the film industry, include Pam Grier, Angela Bassett, and Julie Taymor.) Programmed alongside a screening of The Red Shoes, a very personal film for Schoonmaker—she was married to director Michael Powell from 1984-1990, the year of his death, and she and Scorsese were instrumental in the recent restoration of the picture—the presentation of the award also included a 30-minute discussion with the Oscar-winning editor about the nature of her craft and her decades-spanning alliance with Scorsese.

A brief introduction from the moderator sketches the Algerian-born Schoonmaker’s general biography: her early interest in politics at Cornell, her first encounter with Scorsese at NYU, a starting-out editing job cutting down classic movies to conform with TV time-slot scheduling. The bulk of the video, however, is wonderfully interactive, with Schoonmaker walking the audience through a number of signature Scorsese sequences: the three stylistically distinct Sugar Ray Robinson fight scenes from Raging Bull; the Steadicam tracking shot that kicks off the Copacabana scene in Goodfellas; and a centerpiece crash sequence from The Aviator, which Schoonmaker playfully admits is probably the reason she won the Oscar.

Ever-modest, Schoonmaker analyzes these clips with significant generosity toward her collaborators. She attributes Raging Bull’s famous animal noises to sound editor Frank Warner (Close Encounters of the Third Kind), who retired from the industry in the late-‘80s. She also sings the praises of Ray Liotta and Joe Pesci’s improvisatory talents; her reading of the ‘You think I’m funny?’ back-and-forth from Goodfellas is a nice introduction to the art of editing improvised performances. Perhaps naturally, Schoonmaker also expresses a bit of disillusionment regarding what she calls the industry’s current standard of food-blender editing.” —Danny King 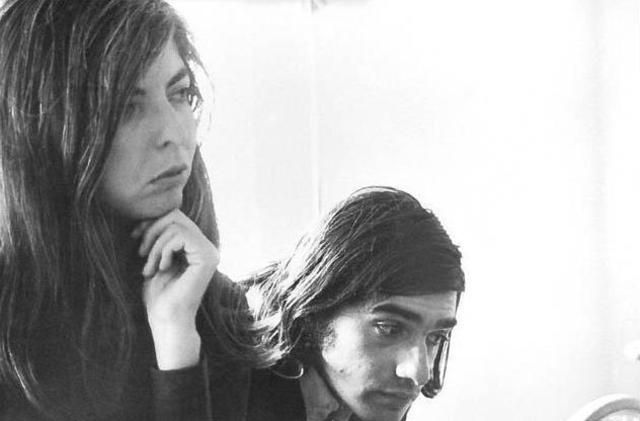 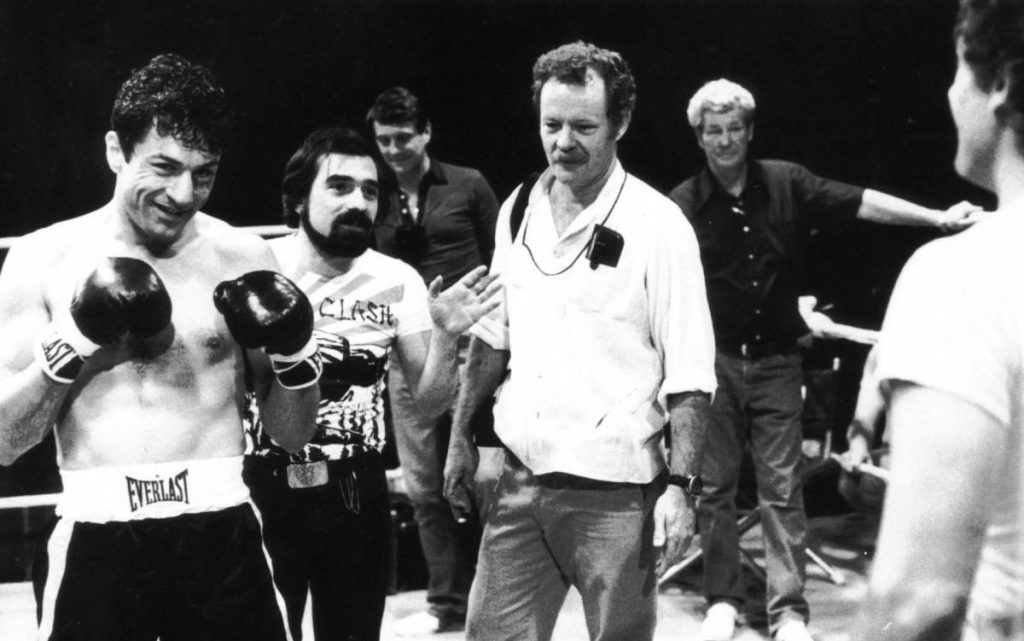 Thelma Schoonmaker spoke at the Museum of the Moving Image just before the release of Gangs of New York (2002). Schoonmaker’s collaboration with Martin Scorsese is one of the most enduring and fruitful in the history of film. The two met at New York University in the  1960s, and Schoonmaker edited Scorsese’s first feature, Who’s That Knocking at My Door? (1967). She won the first of three Academy Awards for editing the masterpiece Raging Bull (1980), and she has cut all of Scorsese’s films since, winning Oscars for her work on The Aviator (2005) and The Departed (2006).