The winner of four Academy Awards, Spartacus is a rather curious installment in both Stanley Kubrick’s body of work and in the history of cinema. Its relevance is not restricted only to its indisputable quality of filmmaking, but it depended to some extent on the circumstances in which it was created. History will remember this film as a vital stepping stone in the downfall of blacklisting. Spartacus‘ screenwriter was Dalton Trumbo, a writer blacklisted in the fifties and forced to earn a living writing screenplays under assumed names. It was executive producer and main star Kirk Douglas’ decision to publicly acknowledge Trumbo’s role in the creation of the film that helped blacklisting fade into oblivion. Moreover, despite the protests, JFK decided to see the film, practically dealing the crucial blow to the anticommunist paranoia that reigned up to that time. Kubrick, on the other hand, virtually disowned Spartacus, frustrated by the fact that he failed to have complete control over its filming. 30-year-old director entered into conflicts with both Trumbo, whose vision of the protagonist he had a problem with, and cinematographer Russell Metty, who couldn’t do his job properly because of Kubrick’s perfectionism and constant need to supervise every single aspect of film creation. Whatever their disagreements might have been, Spartacus was a huge success for Universal that blew away both the critics and the audience, resulting in a text-book example of bringing history to the screen in its prime.

Here’s the screenplay of Spartacus by one of the all-time great screenwriters, Dalton Trumbo [PDF]. (NOTE: For educational and research purposes only). The DVD/Blu-ray of the film is available at Amazon and other online retailers. Absolutely our highest recommendation.

Dalton Trumbo vs. Stanley Kubrick: Their debate over the political meaning of Spartacus.

The Americans have always depicted the West in extremely romantic terms—with the horse that runs to his master’s whistle. They have never treated the West seriously, just as we have never treated ancient Rome seriously. Perhaps the most serious debate on the subject was made by Kubrick in the film Spartacus: the other films have always been cardboard fables. It was this superficiality that struck and interested me. —Sergio Leone

In his Report on Spartacus, Trumbo complained bitterly about the rewriting of many of his slave story scenes by persons unknown without his knowledge or consent. He felt these rewrites were responsible for the slow turn in the script from his concept of the Large Spartacus to the opposing concept of the Small Spartacus. Still blacklisted and working on the film in secret, he was unable to be present on the set or on location during the shooting of his scenes. Trumbo speculated that most of these rewrites had been done on the set at the last minute as part of a covert campaign by Stanley Kubrick to radically alter the nature of the script. 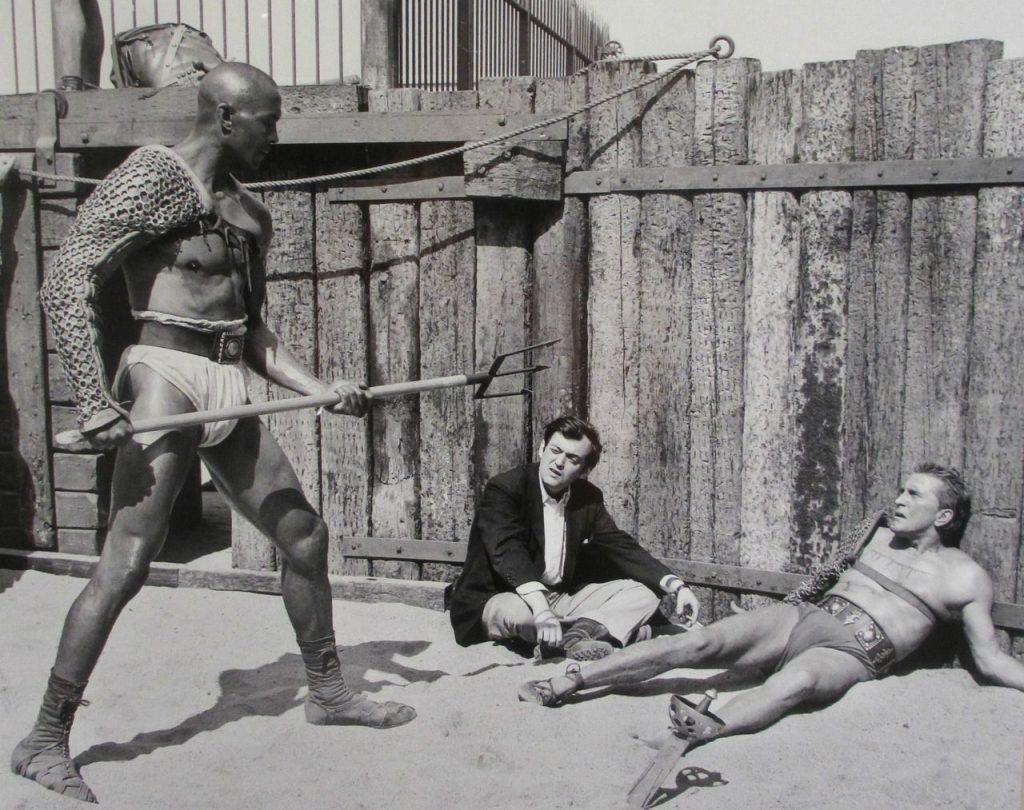 The making of any film, whatever the historical setting or the size of the sets, has to be approached in much the same way. You have to figure out what is going on in each scene and whats the most interesting way to play it. With Spartacus, whether a scene had hundreds of people in the background or whether it was against a wall, I thought of everything first as if there was nothing back there. Once it was rehearsed, we worked out the background. When Spartacus was being made, I discussed this point with Olivier and Ustinov and they both said that they felt that their powers were just drifting off into space when they were working out of doors. Their minds weren’t sharp and their concentration seemed to evaporate. They preferred that kind of focusing-in that happens in a studio with the lights pointing at them and the sets around them. Whereas outside everything fades away, inside there is a kind of inner focusing of physical energy. —Stanley Kubrick 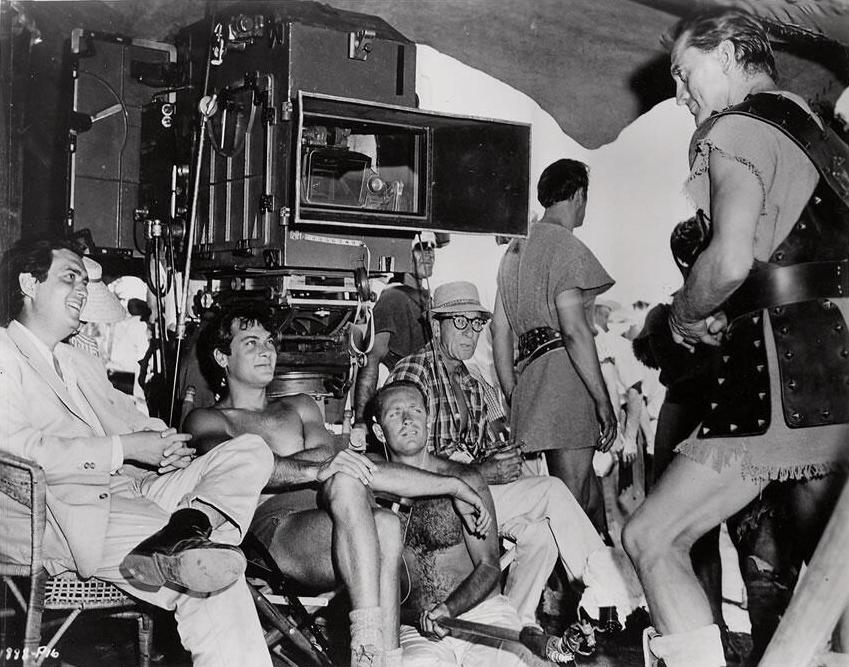 The film’s eponymous star, Kirk Douglas, had teamed with Kubrick a few years earlier, in 1957, on one of the most powerful anti-war movies ever made—the lean masterpiece, Paths of Glory. Everything about Spartacus was far different, far more complex, far bigger than that first Douglas-Kubrick pairing. (Spartacus was produced by Douglas’ own production company, Bryna Productions, in association with Universal Studios). Along with the photos that offer insights into Kubrick’s method, this gallery also features images that, for film buffs, resonate with far more import than the simple action depicted.—LIFE Behind the Scenes of a Kubrick Classic 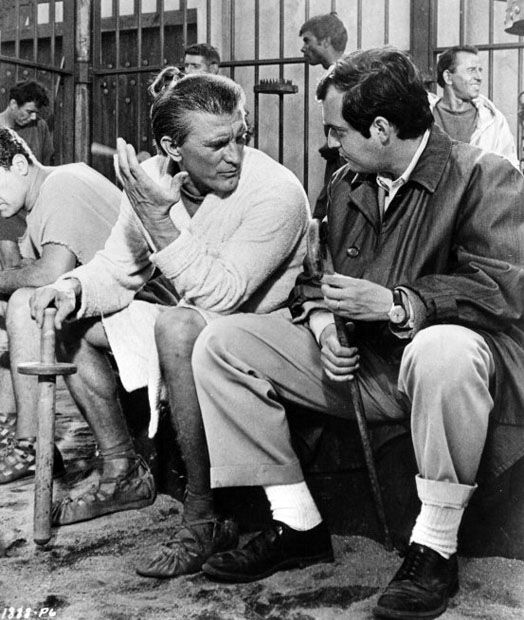 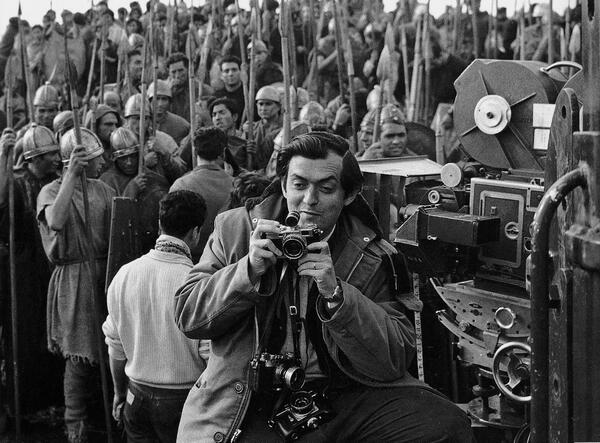 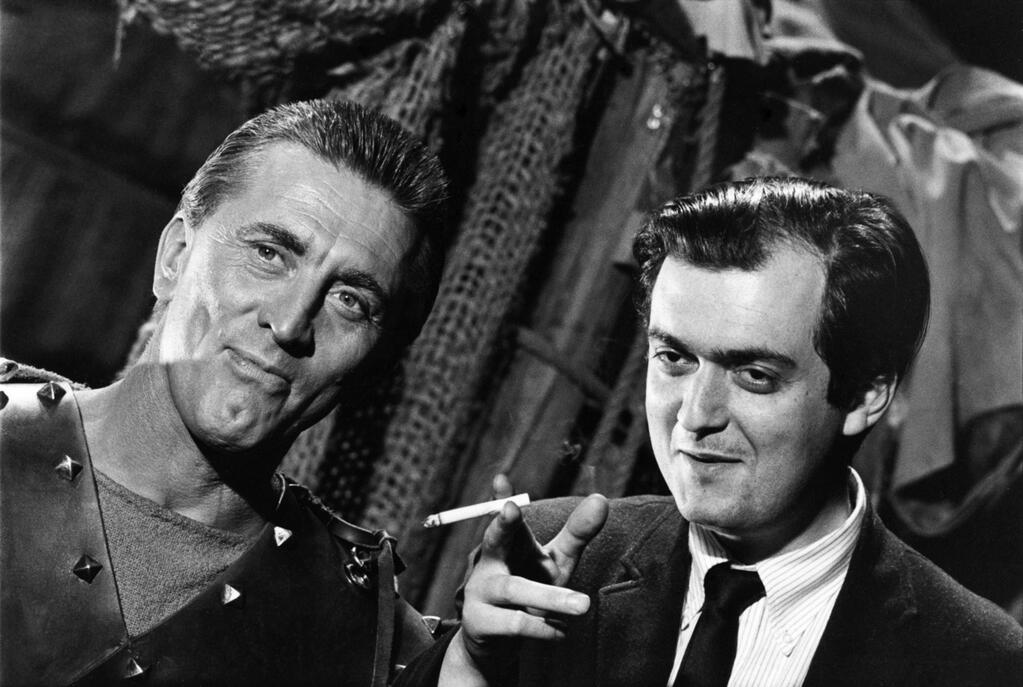 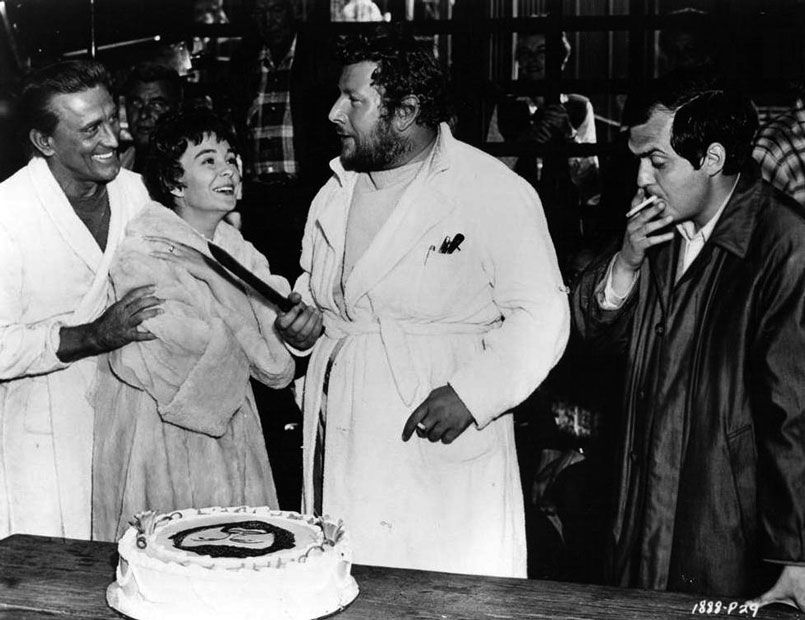 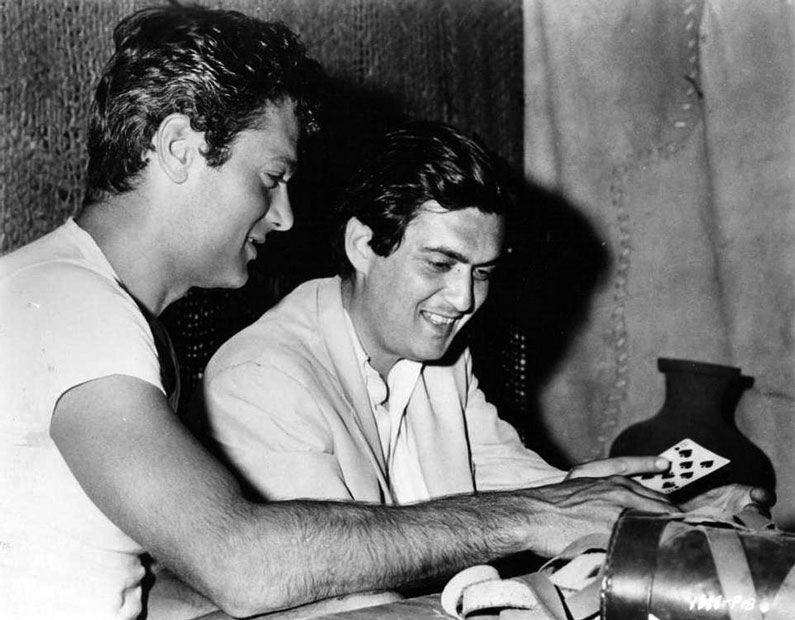 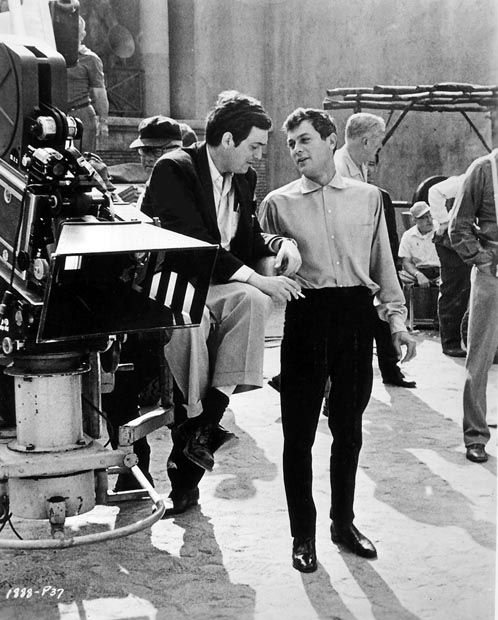 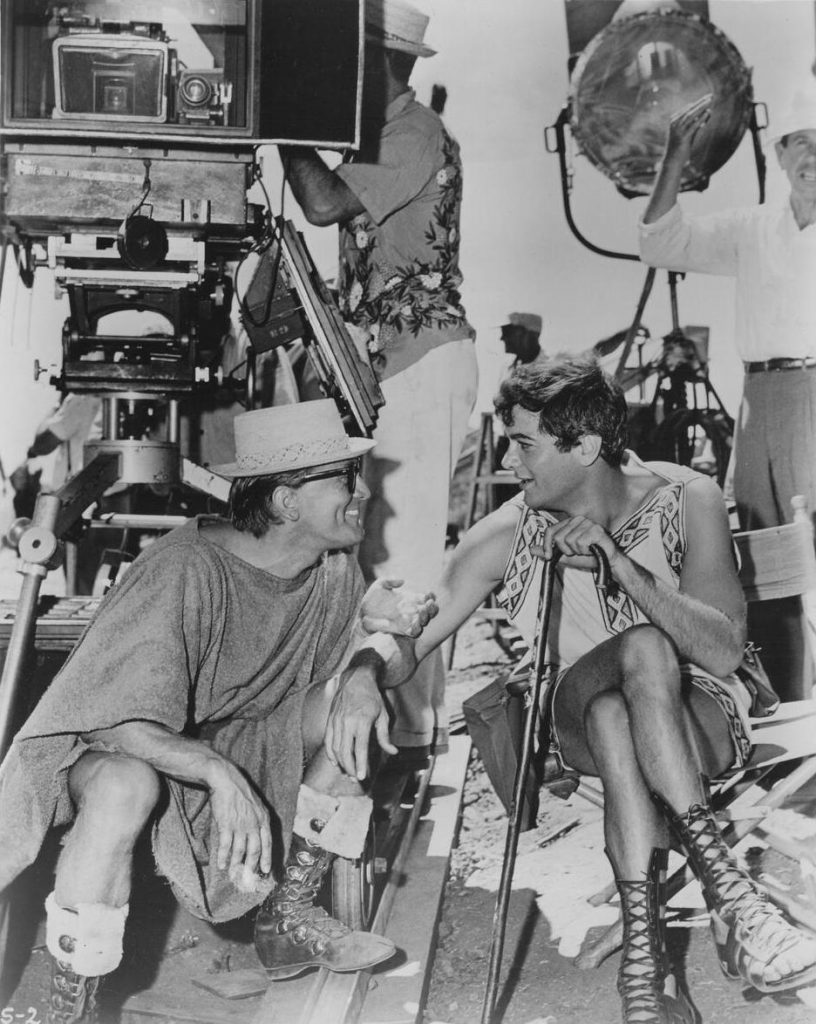 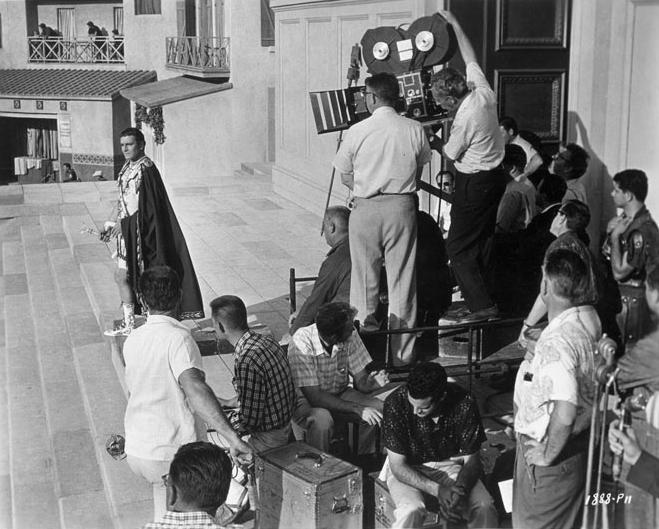 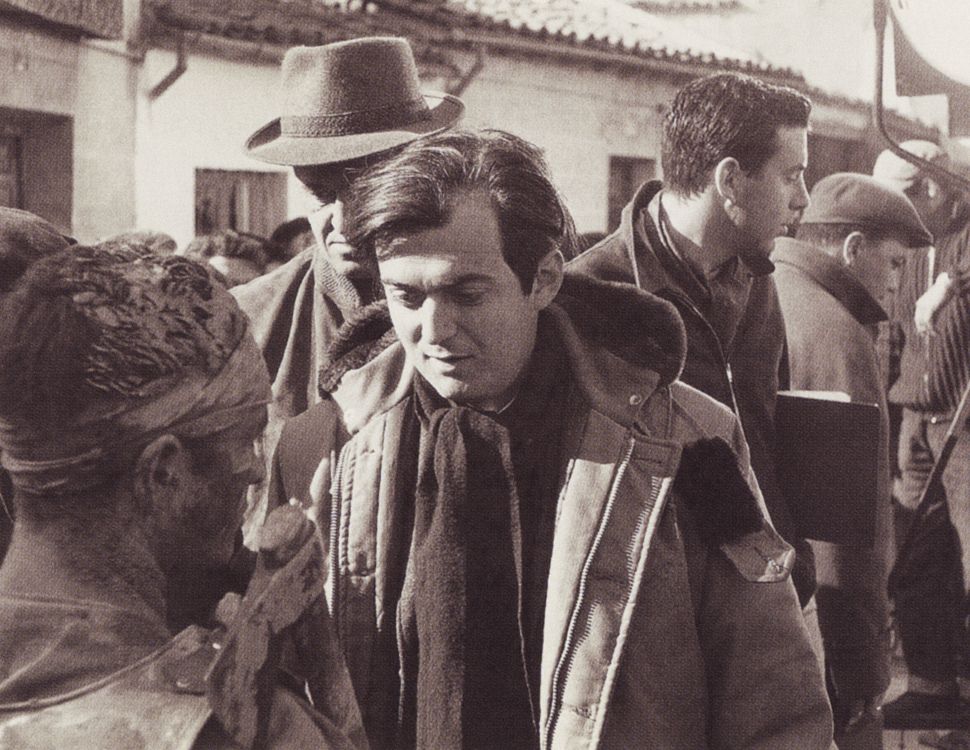 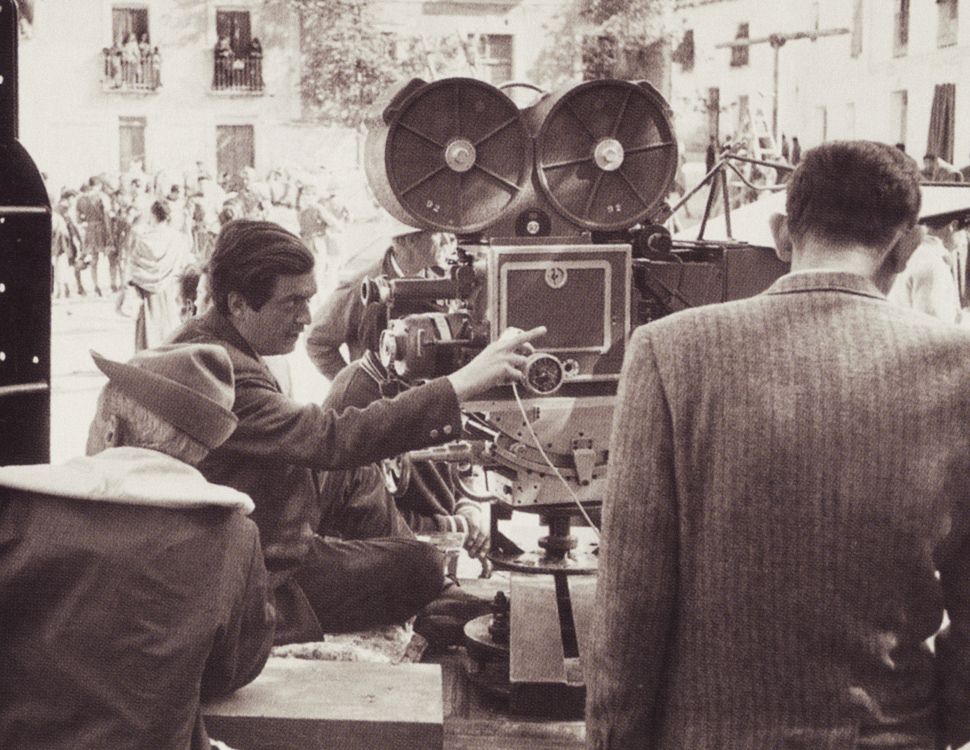 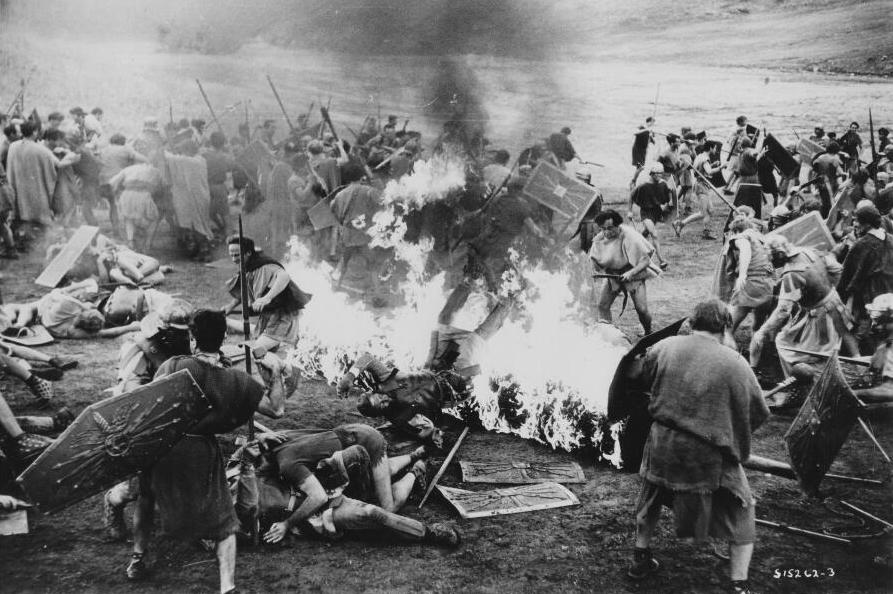 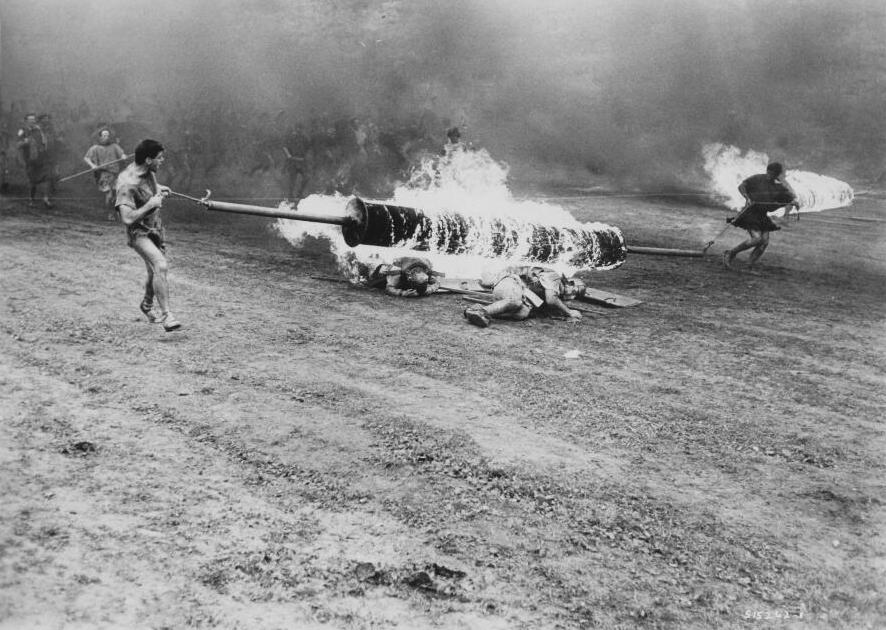 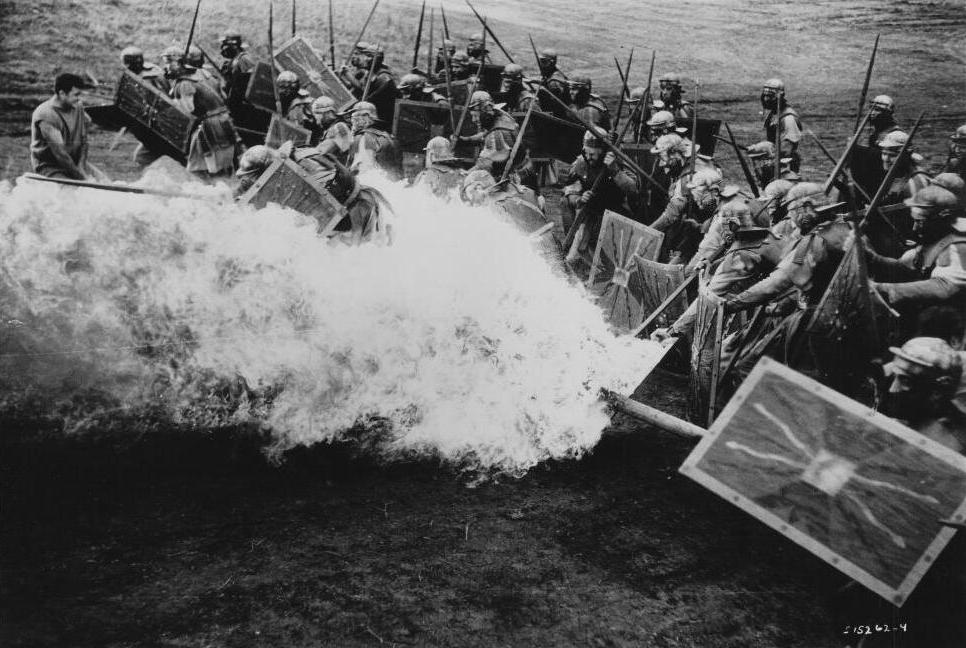 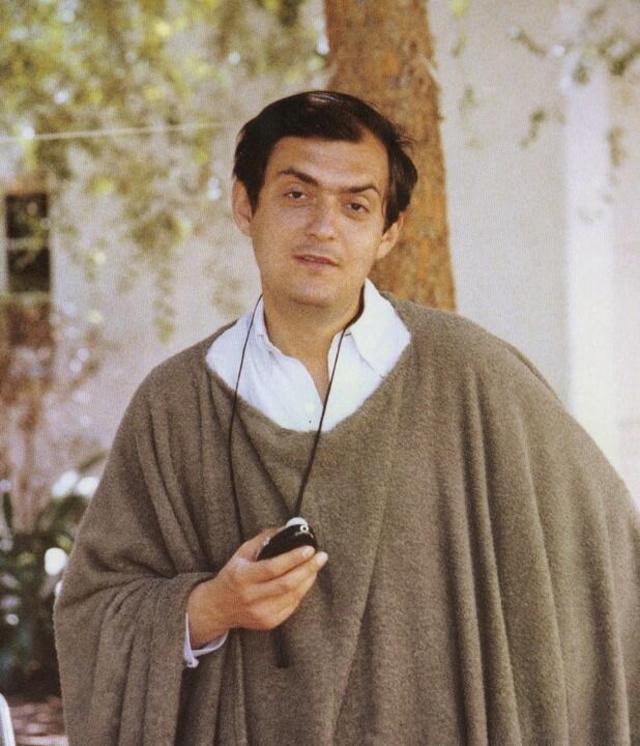 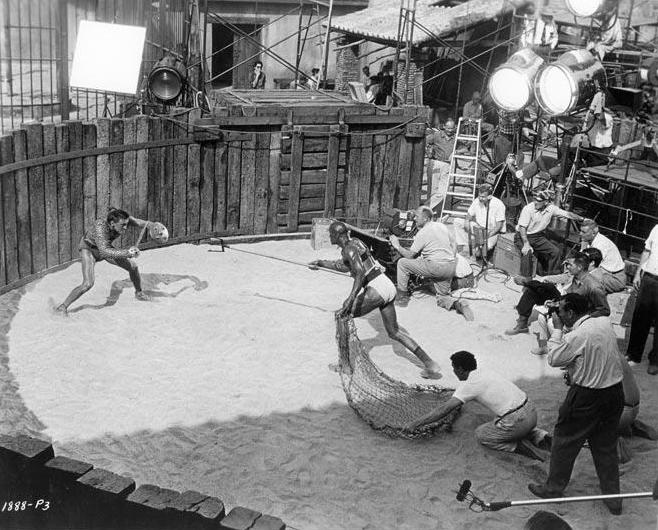 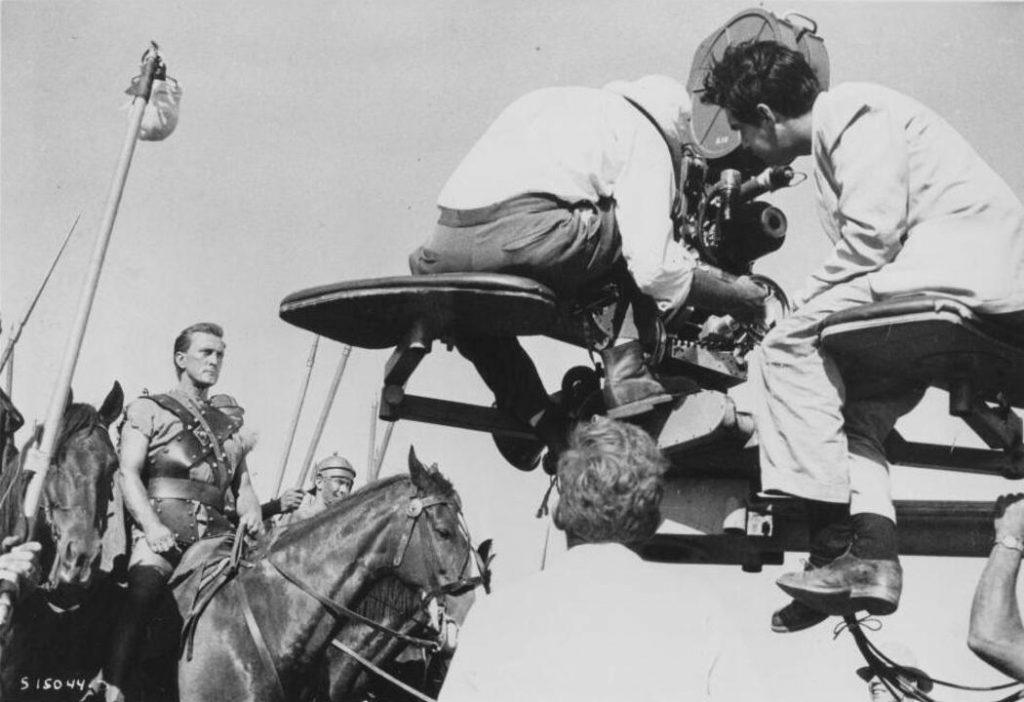