Profile of enduring icons. The life and work of legendary film director Alfred Hitchcock is featured, from his early years in east London to Hollywood fame. The program shows how, from his earliest childhood in the suburbs of London, Hitchcock was a precociously sedentary loner. His active imagination helped him gain an apprenticeship in the fledgling British movie business, from where he travelled to Germany to learn the craft of filmmaking before returning to make Blackmail. With his script editor wife Alma by his side, Hitchcock made a series of British thrillers including The 39 Steps and The Lady Vanishes, which brought him to the attention of top Hollywood producer, David O. Selznick. Selznick brought Hitchcock to Hollywood to make the film Rebecca, which, despite the pair’s difficult relationship, gained them the Oscar for best picture. 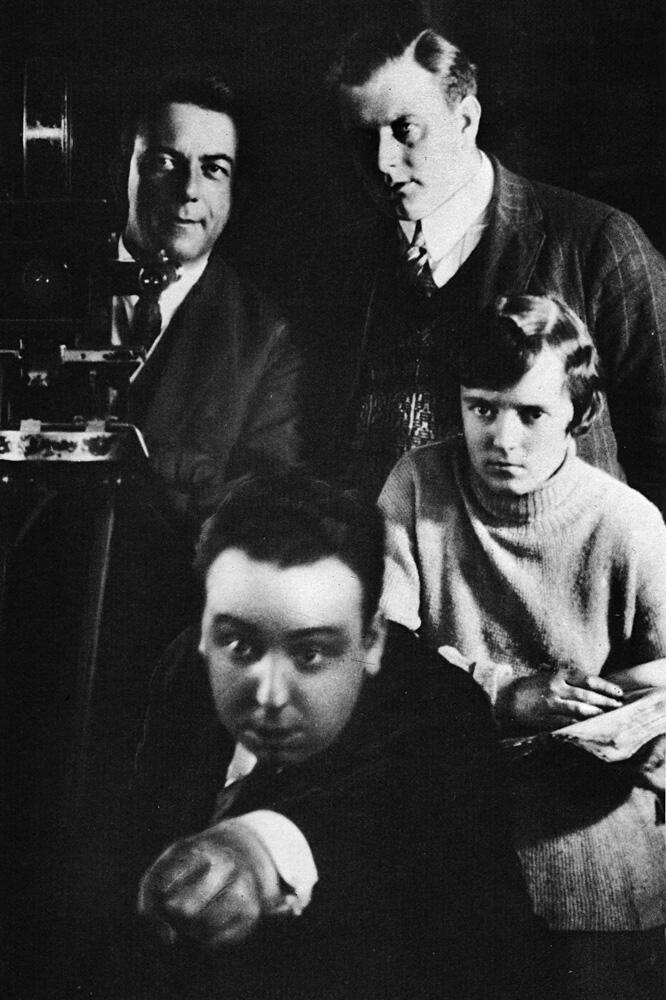 A 26-year-old Hitchcock shooting The Lodger (1927) with assistant director Alma Reville, soon to be his wife

As Hitchcock settled into the Hollywood lifestyle, he embarked on a series of thrillers including Spellbound, Rear Window, North by Northwest and Strangers On A Train that proved his mastery of the silver screen. Working with the best Hollywood actors, Hitchcock imposed his methodical regime and darkest imaginings on his performers, creating some of the genre’s finest moments. In the late 1950s, he became a star in his own right when he presented his series Alfred Hitchcock Presents… for American television. His reputation for taking his audiences on a roller coaster of terror was cemented by his 1960s films, Psycho and The Birds. Hitchcock sought to control the life of his leading lady, Tippi Hedren, resulting in his being outcast from Hollywood, forcing a return to Britain and a gradual and unwelcome descent into obscurity. —The Hitchcock Zone