Sam Peckinpah’s action-packed crime thriller The Getaway was a huge hit. It was just what the director needed at the beginning of the seventies—a box office champion. Things, however, hardly went smooth in the creation of this classic. The controversy stemmed not only from Peckinpah’s alcohol abuse that led him into numerous arguments with The Getaway‘s star Steve McQueen—the situation got so out of control that, at one point, even a bottle of champagne was flung at Peckinpah’s head—but also from the fact that the two leading stars of the film, McQueen and Ali MacGraw, started an affair which destroyed the actress’ marriage to Paramount producer Robert Evans. It was a problematic, risky project that, luckily for both us and everyone involved, turned out to be one of the most thrilling films of the decade. The film is based on Jim Thompson’s novel of the same name, and after Thompson’s adaptation failed to win over McQueen, Walter Hill came onto the project and rewrote the screenplay to everyone’s satisfaction. Hill did a marvelous job, and when he later contemplated on his career, he stated he felt it was the best film he had done up to that point. Full of tension, both on the scene and behind it, The Getaway remains one of the highlights that Peckinpah’s rich career has to offer. Given the chaotic circumstances and the whirlwind of egos from which it developed, this collective effort of a group of extraordinarily talented artists deserves even more admiration and praise.

A monumentally important screenplay. Dear every screenwriter/filmmaker, read, Walter Hill’s screenplay for The Getaway [PDF]. (NOTE: For educational purposes only). The DVD/Blu-ray of the film is available at Amazon and other online retailers. Absolutely our highest recommendation.

Early in your career, you wrote scripts for John Huston and Sam Peckinpah. What did you pick up from them… or from the other prominent directors you worked for, like Norman Jewison or Woody Allen?
They were all talented filmmakers; interesting individuals, but as far as learning anything… I think what you learn is everyone makes their own way. As far as creativity goes, I think you get your head to a place where things are discovered, not invented. It’s that Platonic, Keat-ian idea that you don’t really write a poem; it’s already there, and you find it. I think that’s true for the audience as well: they discover what they already know or intuit. And that’s the most ideal relationship between the audience and the storyteller. Now Huston and Peckinpah had very similar outlaw personalities. At the same time, they were wildly disparate fellows; Sam worked in a much narrower—some would say deeper—channel, while Huston had a wider field of interest. I think it was also important that he was a much more omnivorous reader… which isn’t to say he was smarter or more talented, but he possessed a worldview, and sophistication, that went way beyond the very restricted world Sam chose to live in.

I think one of the biggest differences was that Peckinpah was purely a guy of film. He worked in it his whole life, from the time he got out of the Army, and his heroes were filmmakers, like Kurosawa and Bergman. Huston was from the generation before that; most of his generation never really regarded filmmaking as a serious artistic pursuit. Huston was a soldier of fortune, as anybody in film has to be to some degree. He also liked to travel, and to drink. He liked high society, beautiful women, horse races, and buying great art… and to live that kind of life, you have to make a lot of money. John could turn a buck… Sam mostly lived in a trailer in Paradise Cove. But what’s so memorable about Sam is what a powerful, personal, artistic stamp he put on his work. His name alone conjures up a vision… I think what we respond to most with Sam is his purity of commitment. And that’s always easier to idolize. And I’m not a critic, but I think it’s true his work fell into severe decline, while Huston was—in and out—but basically good until the end. —Kicking Ass with Walter Hill by Jon Zelazny 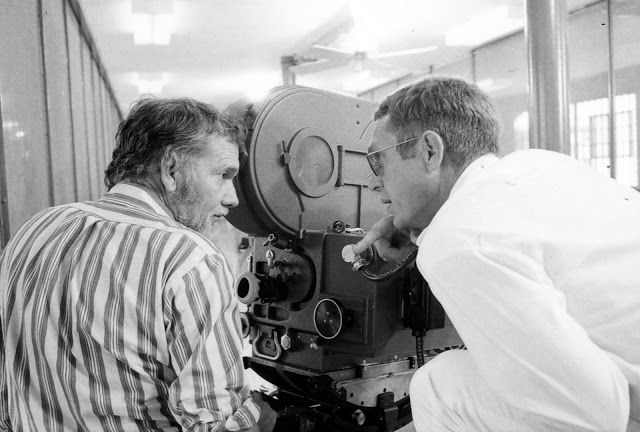 Deep in the heart of the Texas set of The Getaway a birthday celebration erupts with Budweiser and birthday cake, courtesy of  Museum of Cinema. Principal photography for The Getaway started on February 7, 1972, which places this birthday as more than likely either being for Sam Peckinpah (born on February 21st) or Steve McQueen (born on March 24th). 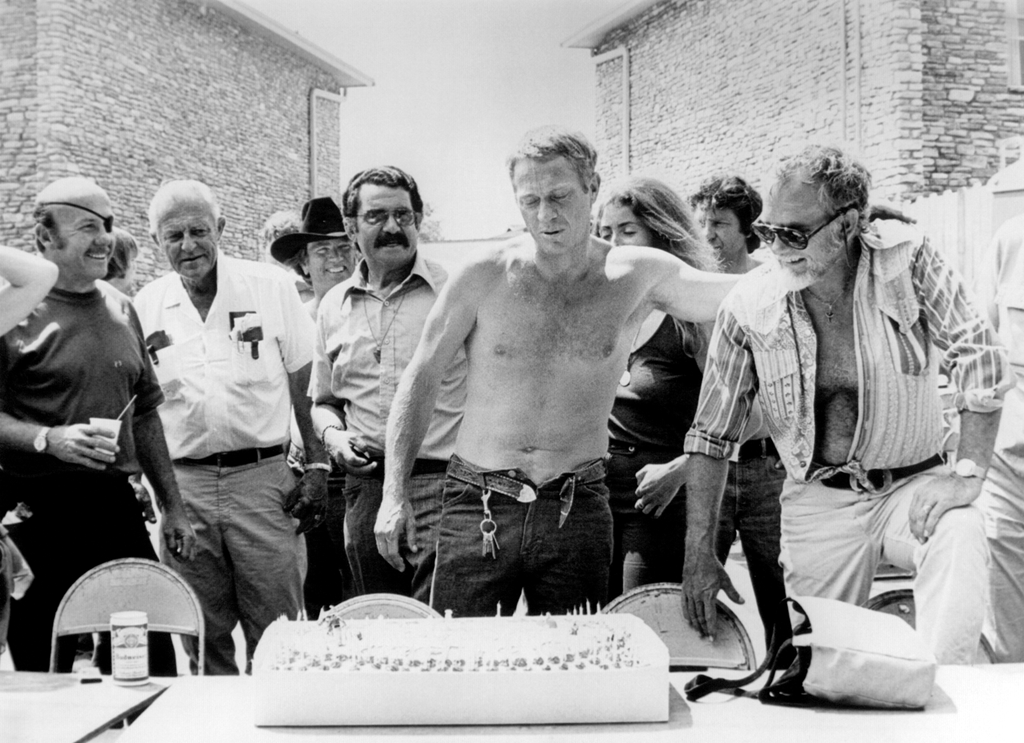 “As a filmmaker I must look at both sides of the coin, and do my best as a storyteller. I have no absolutes. I have no value judgment. Why does violence have such a point of intoxication with people? Why do people structure their day on killing?” Sam Peckinpah opens up on the purpose of violence during a heated BBC interview from 1976.

Unseen photos from Sam Peckinpah’s The Getaway, courtesy of the edit room floor. Photographed by Mel Traxel © First Artists, Solar Productions, Foster-Brower Productions, National General Pictures. Intended for editorial use only. All material for educational and noncommercial purposes only. 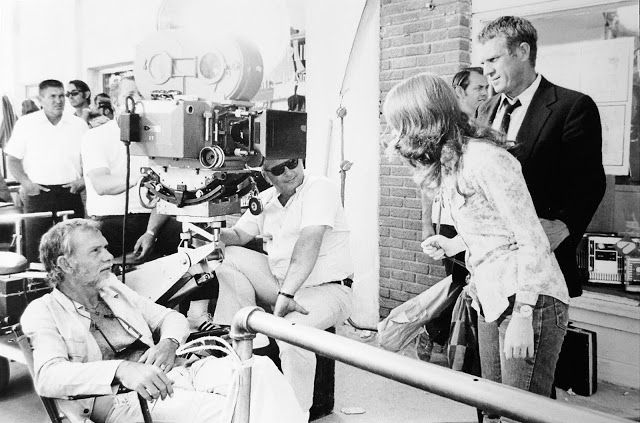 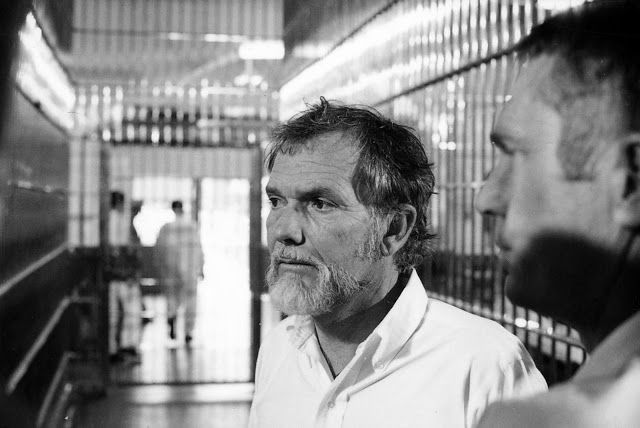 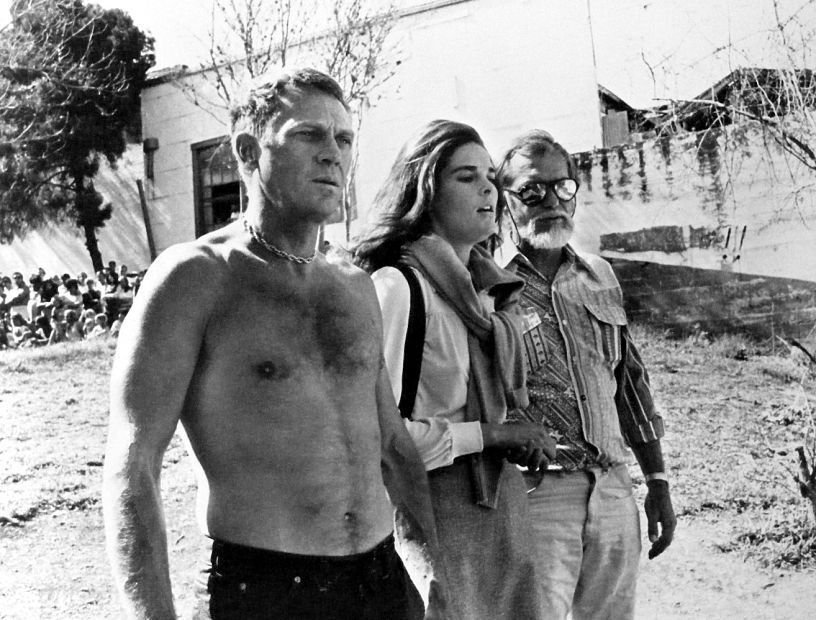 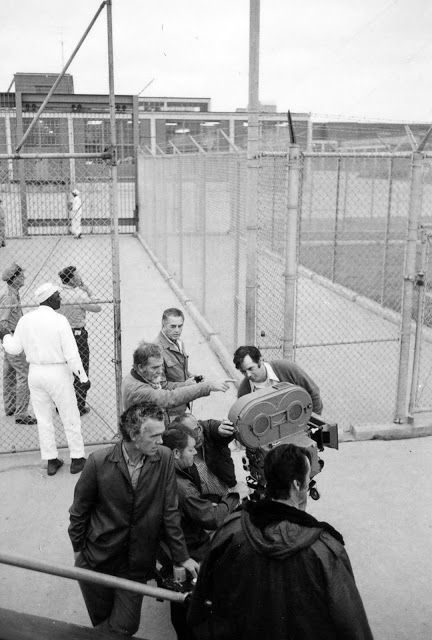 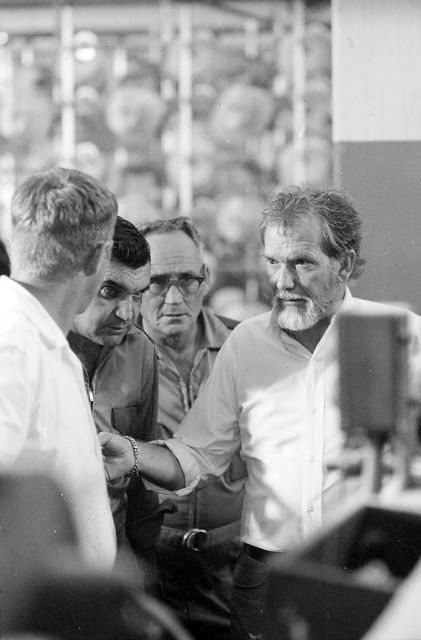 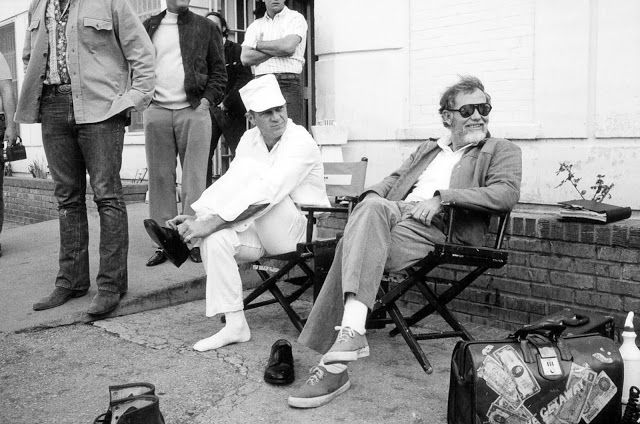 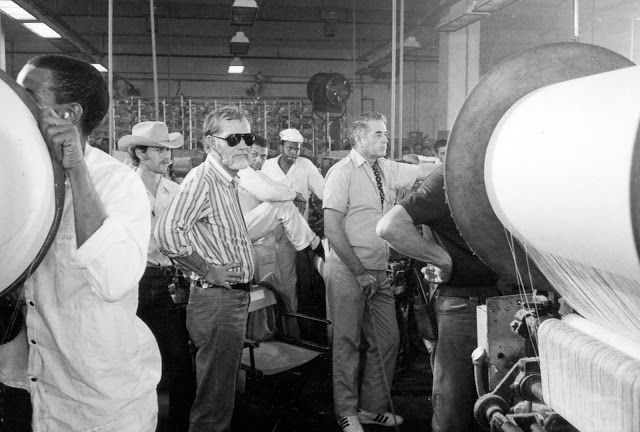 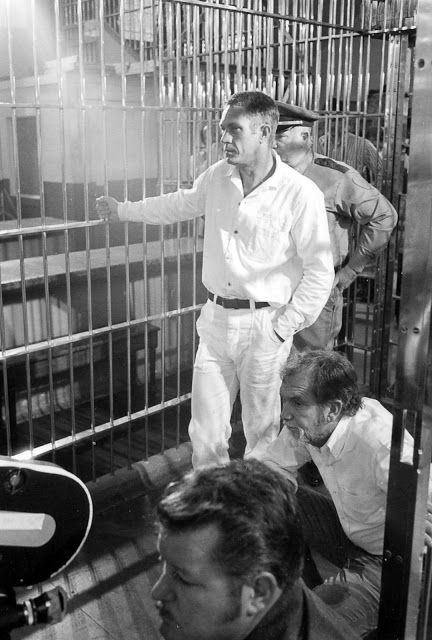 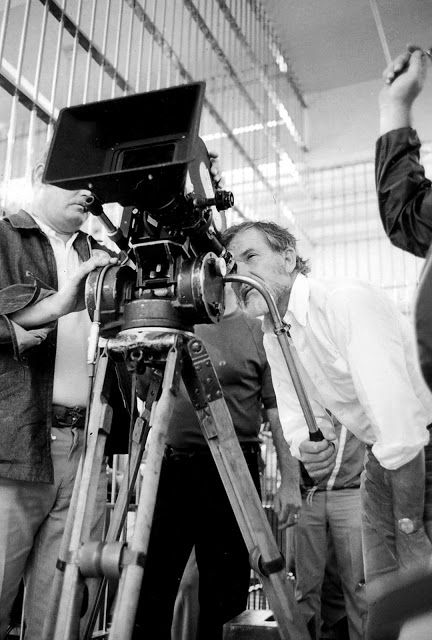 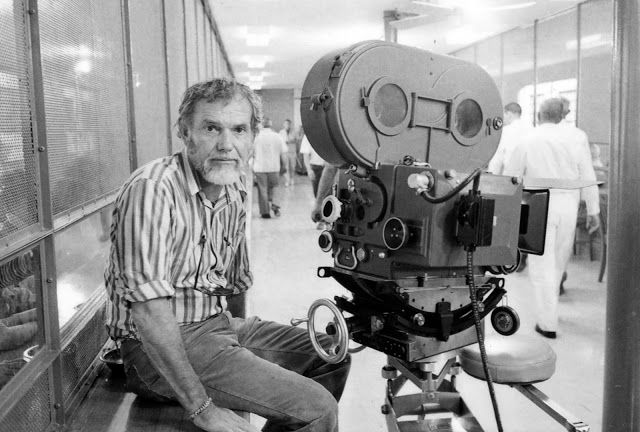 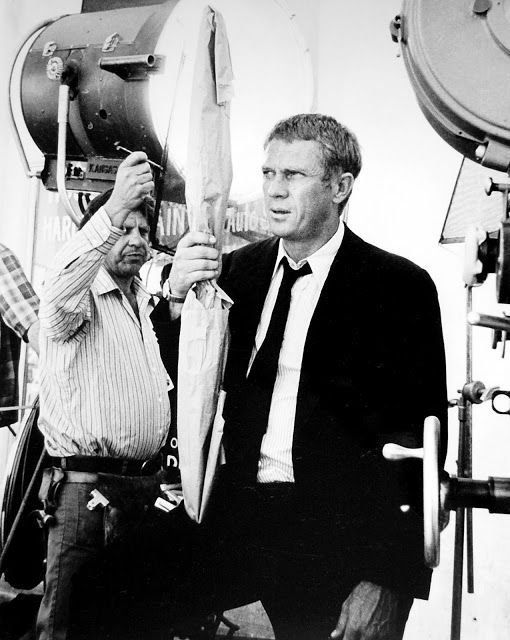 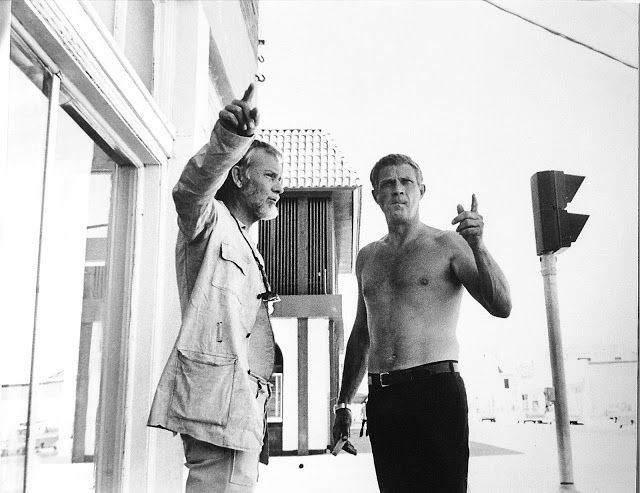 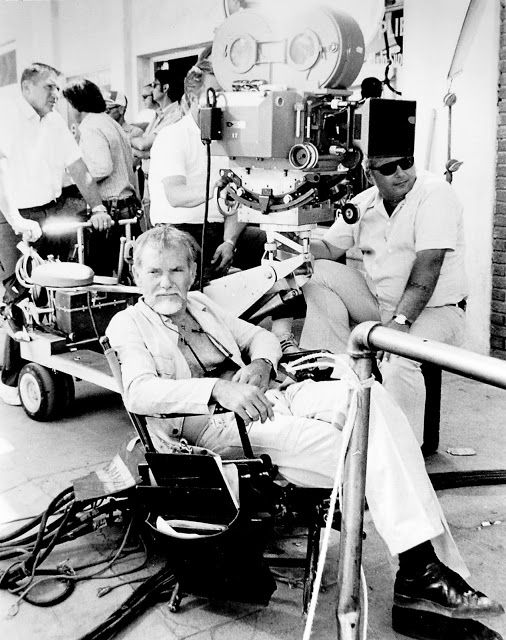 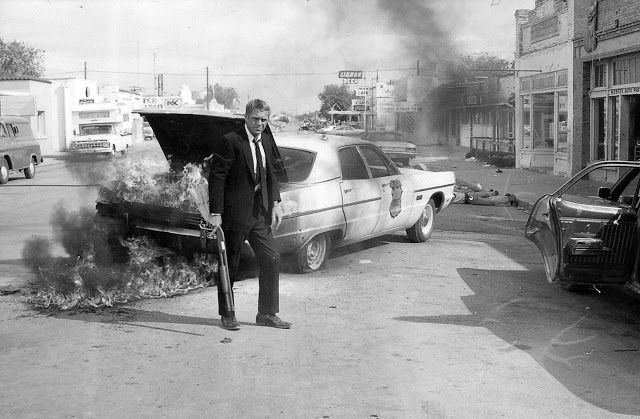 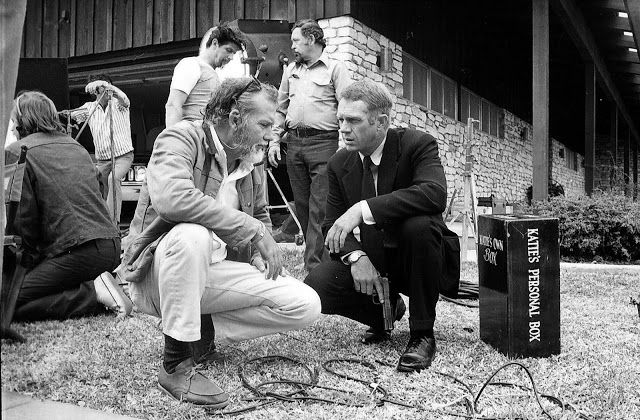 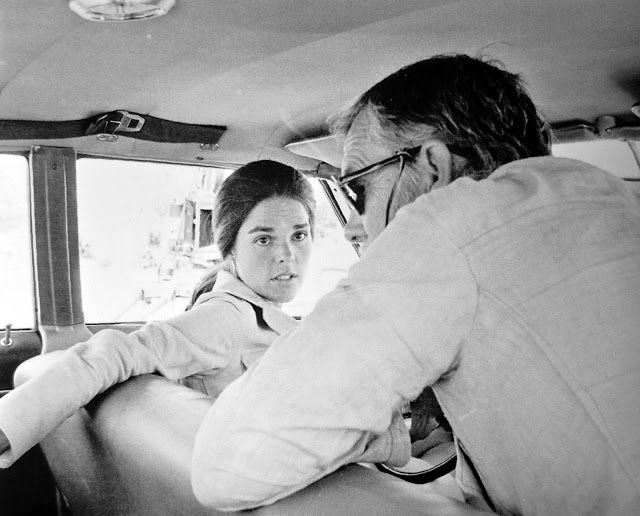 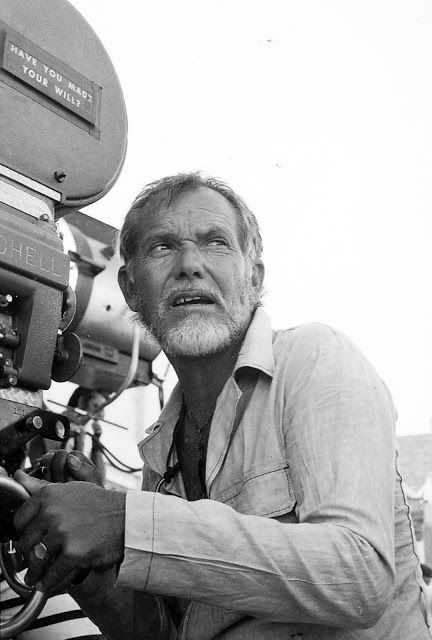 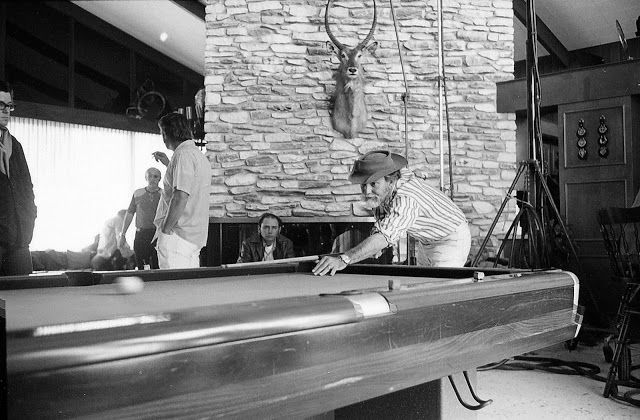 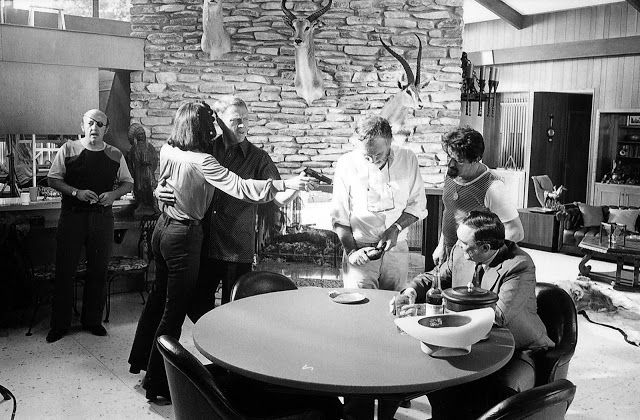 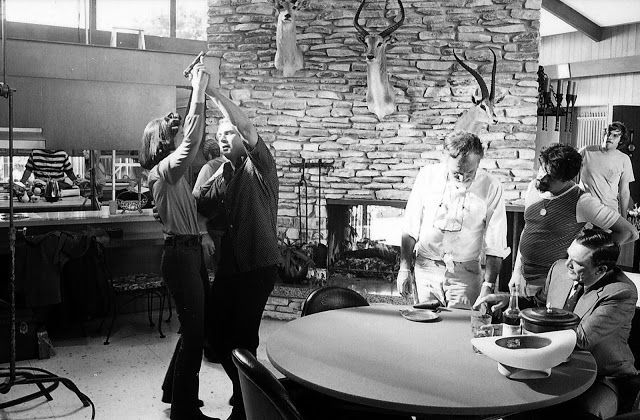 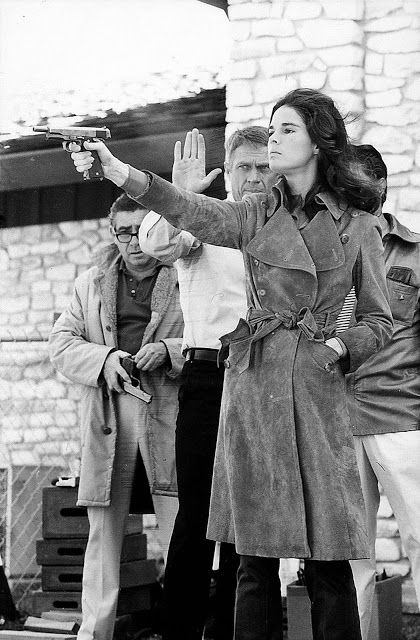 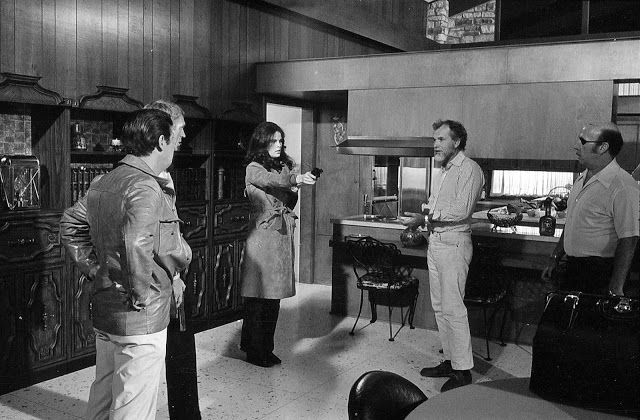