God’s Lonely POV
by Will McCrabb

In the last act of Martin Scorsese’s masterpiece Taxi Driver there is the ultimate visceral and violent manifestation of the protagonist Travis Bickle’s (as played by Robert De Niro) fractured psyche. He sets out to free a young prostitute by killing her pimp (Harvey Keitel) and any “johns” or door men involved. It was in 1976, one of the most violent sequences ever put onto American movie screens. After the blood bath Travis lies in a trance wounded, out of ammo and staring up to the ceiling as the NYPD enter the room guns drawn. We suddenly cut to an extreme overhead shot looking down on the carnage of what just transpired. The camera slowly tracks through the room in time to the rythmic percussion of Bernard Herrmann‘s score and slowly observe in an objective almost God-like point of view of the crime scene. 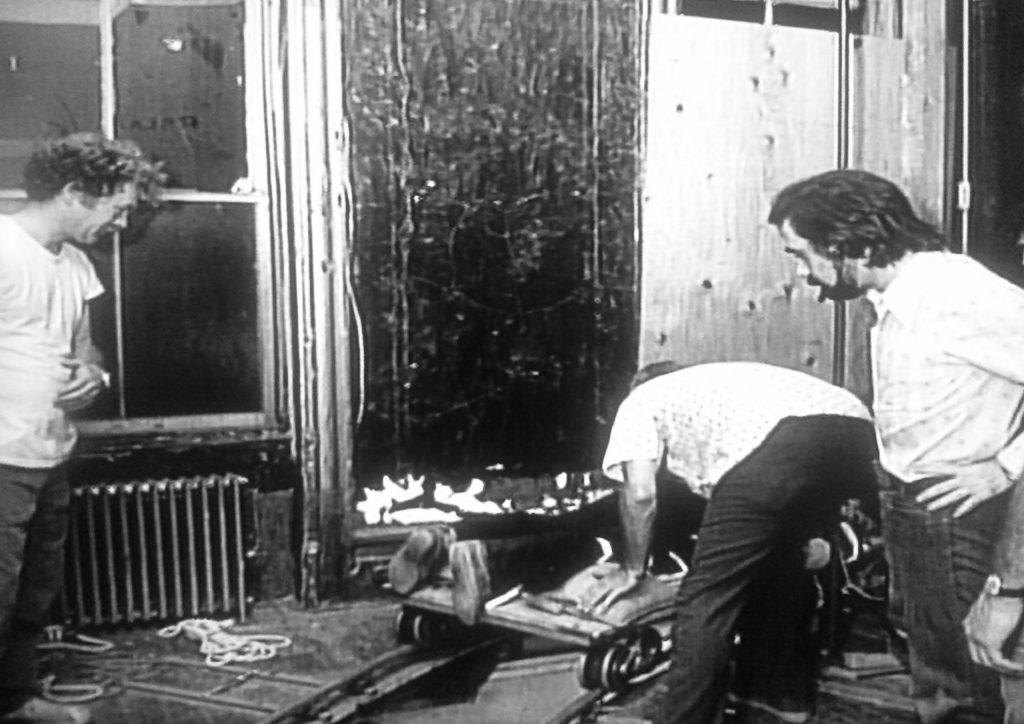 This camera angle and move originated in screenwriter Paul Schrader‘s screenplay. The producers thought it an impossible shot as the scene was shot on a practical location and not a soundstage. But Scorsese fell in love with the concept. Not only was it a calm after the storm of violence but it was a “mass shot,” referring to the Catholic ceremony of Scorsese’s youth. These religious overtones have dominated his work for many years. 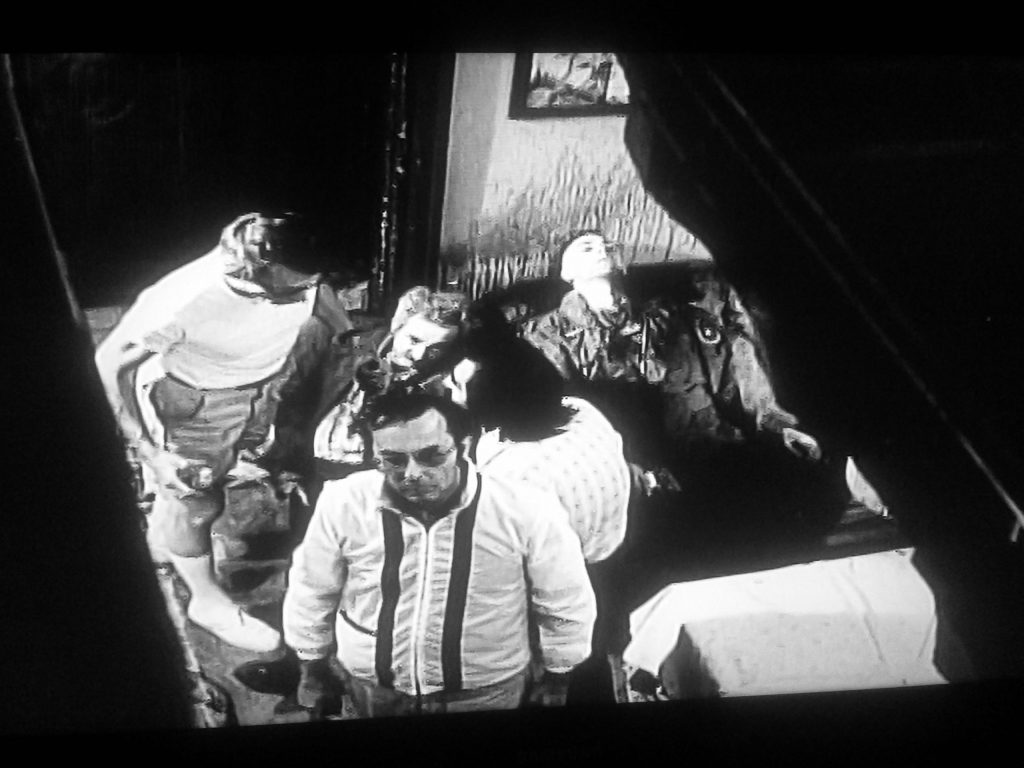 Looking down through the cut out ceiling onto the set

Taxi Driver was made for roughly one million dollars in the summer of 1975 in New York City. The production took over a condemned building on 89th street and Columbus Avenue. There they built the set for Travis and Iris’ apartment and used the hallways for the shootout. DP Michael Chapman had the grips use chainsaws to cut a pathway through the ceiling of Iris’ apartment. This took three weeks to accomplish and they cut through several beams almost bringing down the ramshackled building.

For instance, the tracking shot over the murder scene at the end, which was shot in a real apartment building: We had to go through the ceiling to get it. It took three months to cut through the ceiling, and 20 minutes to shoot the shot. —Martin Scorsese 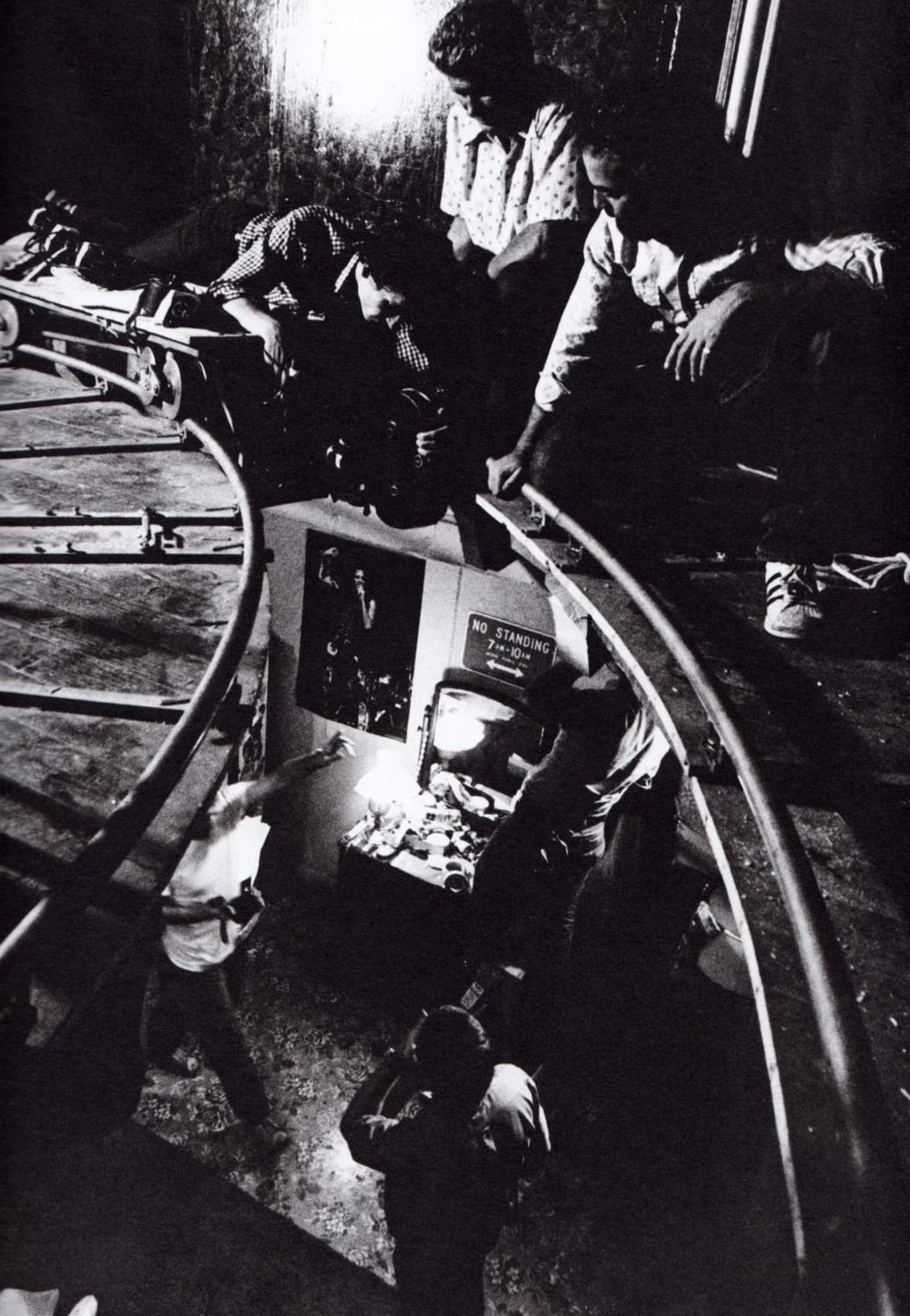 After stabilizing the structure, they lay down dolly track and a flat dolly and the camera operator lay down and operated handheld. The production went over schedule on that day of shooting and, because Jodie Foster was in the shot and she was only twelve years old, the child labor laws only allowed her twenty more minutes on set. So, after almost a month of planning and deconstruction to achieve this single shot, Scorsese and crew had less than twenty minutes to shoot it, and in two takes they got it. 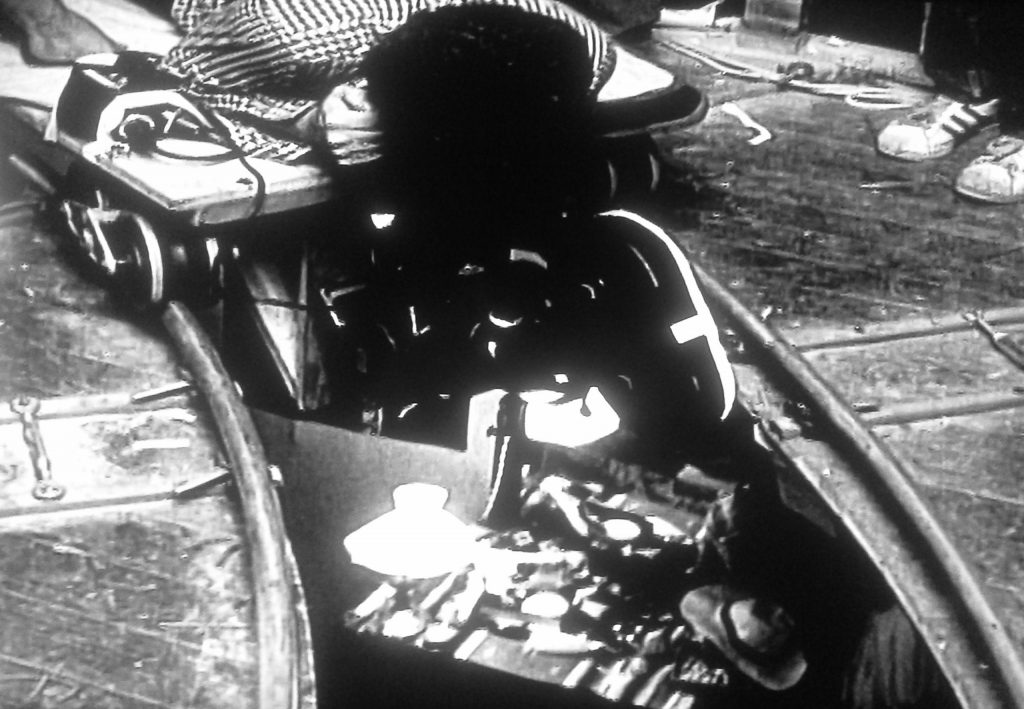 What we have is an iconic image that anyone who sees the film will never forget. We have an image that the screenwriter and director had to fight to achieve. There is no simple shot, many directors have said, but this one is one for the cinematic ages. 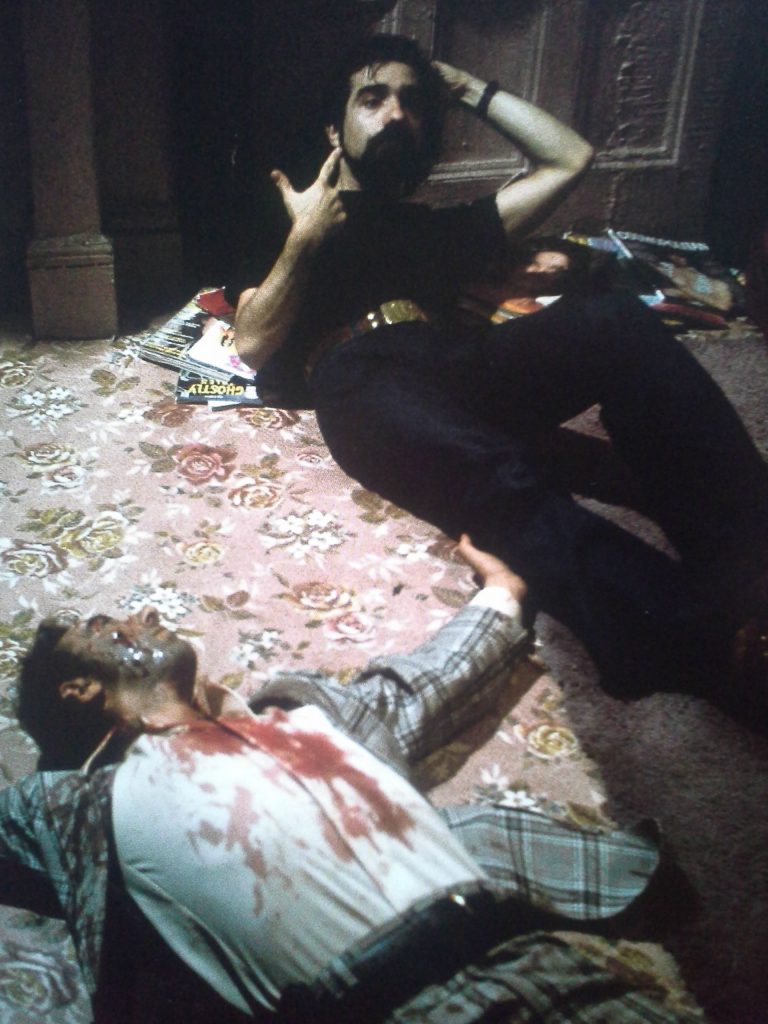 Scorsese blocks the actors for the shot