You always have a choice. There’s always another way. Ben Ryder’s Guardian is a thrilling and finely acted little ride that could best be summed up in these two simple sentences. The question it poses, though, is hardly a simple one: is a man’s fate predetermined? The choices we’re forced to make in life… are they even our choices at all? Is our world orchestrated by a higher being, can such a thing as free will truly exist? Ben Ryder’s vision is somewhat impressive—as the main character slowly slips deeper into his crisis, his surroundings are drenched in the color red, as the grim, depressing locations aptly match his deteriorating psychological state. Richard Wood’s screenplay is clever and rather subtle, the photography is very pleasing to the eye and the general impression this short leaves is that of an accomplished, well thought-out story definitely worth seeing.

Why did you want to make the film?
When I first read Richard Wood’s script for Guardian it instantly reignited those existential questions which have been present with me, and I believe most people, for some time. Do we have control over our future or is it all predetermined? Does God exist? And how would he manifest himself? Is God looking out over our every move? And how would God reach out to us in times of need?

To make this short I had to set it in a world that corresponded with its lead character. Sam, played by Christian Kinde, is alone and spiritually broken so I worked closely with Production Designer Lucy Attwood to find locations and spaces that would express this loneliness and abandonment. Finding the right person to play Bill, our film’s guardian angel, was a major challenge—he had to be wise, kind, forceful yet appear completely unassuming, with the help of Casting Director Emily Tilleli we were drawn to Peter Silverleaf who’s performance was breathtaking.

As the story progresses and Sam descends further into crisis it is as if he is actually being descending into hell itself. Through a combination of both the work of Samuel Pearce, the Director Of Photography, and Colourist Jonny Tully we were able to create a gradual progression into a more red and hellish world. Filming at night allowed us to portray a beautiful decaying, melancholic landscape but it is not without its challenges. I’m incredibly grateful to the amazing energy of Christian, Peter and the rest of our cast Harry Rafferty, Abby Forknall and Adam Pearce as well as the hardworking crew that made the nights and the film possible.

Why did you want to become a filmmaker?
Films have always had an enormous affect on me. I think film is the ultimate art form. It combines so many different aspects; writing, performance, design, music. But ultimately it’s a form of storytelling. They have an incredible power to inspire, to ask questions about our existence, offer a form of escapism and of course entertain. To be given the opportunity to continue this tradition would be an honour. I’ve been inspired by the likes of Christopher Nolan, David Fincher, Darren Arronofsky and Nicolas Winding-Refn. I’m only just starting my career but I aim to, like them, make films that are tense, beautiful, thought provoking and entertaining. —Ben Ryder, Director

Director Ben Ryder cut his teeth translating director treatments for music videos and commercials at Partizan in Paris. Since then Ben has worked in the location department on Working Titles Les Misérables, The World’s End, James Marsh’s Stephen Hawking biopic Theory of Everything, and most recently The Weinstein Company’s Tulip Fever. His directing style combines an obsession for tense storylines with colourful lighting and powerful emotive locations. His short film Guardian (2013), a thriller about a man who meets his guardian angel, was awarded best film at the Tried and Trusted Junior Short film festival. His latest short, Mrs Kaye, is a Kafkaesque nightmare of bureaucracy. 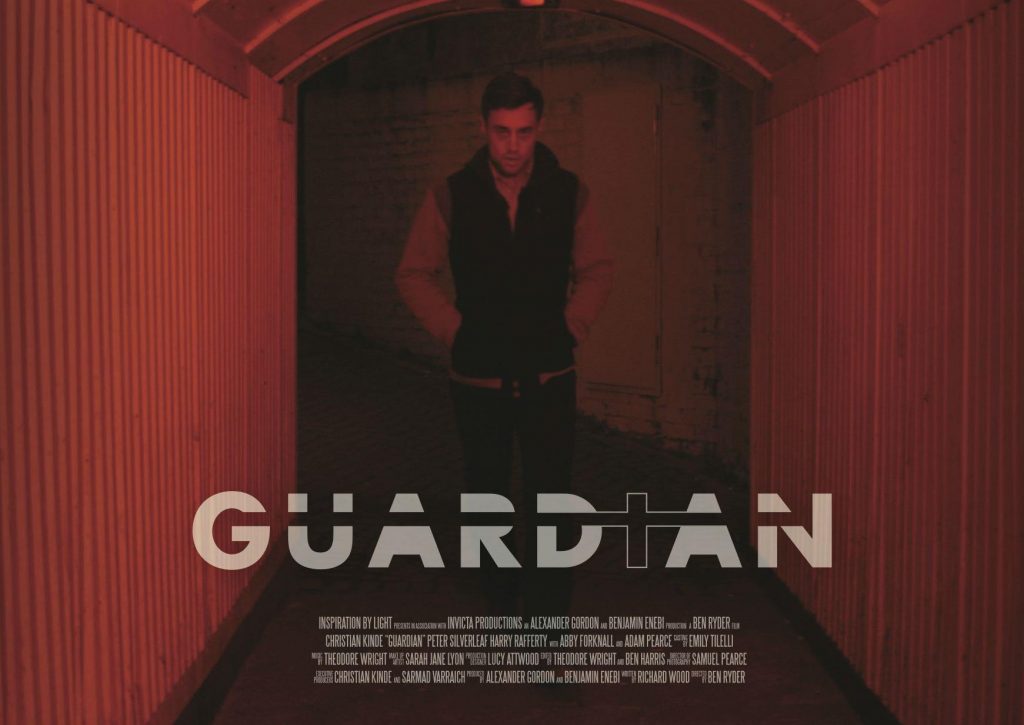