As far back as I can remember, I always wanted to be a gangster, said Ray Liotta, and the rest has become legend. Martin Scorsese’s 1990 crime film Goodfellas gloriously depicts the rise and fall of Henry Hill, a young man infatuated with the image of gangsters, in a film Roger Ebert dubbed the finest film about organized crime ever made. Mind you, Ebert had definitely seen The Godfather. An adaptation of co-writer Nicholas Pileggi’s 1986 non-fiction book Wiseguy, Scorsese’s film brings out the very best out of a pool of talent made of such giants as De Niro, Pesci and Liotta. Certainly one of the iconic films of the nineties, Goodfellas remains an epitome of gangster films and one of Scorsese’s finest to date. Take a peek at Scorsese and Pileggi’s script that swept legendary director Michael Powell off his feet, as well as numerous outtakes and a historically enlightening PBS American Masters documentary that unearthed some priceless behind-the-scenes material. Goodfellas is what makes cinema so great—the ABCs of adept filmmaking, the sheer power of storytelling, the unique magic that makes you fall in love with characters that are far from deserving such affection. Goodfellas is divine and Scorsese is our god.

I was interested in breaking up all the traditional ways of shooting the picture. A guy comes in, sits down, exposition is given. So the hell with the exposition—do it on the voiceover, if need be at all. And then just jump the scene together. Not by chance. The shots are designed so that I know where the cut’s going to be. The action is pulled out of the middle of the scene, but I know where I’m going to cut it so that it makes an interesting cut. And I always loved those jump cuts in the early French films, in Bertolucci’s Before the Revolution. Compressing time. I get very bored shooting scenes that are traditional scenes. In this film, actually the style gave me the sense of going on a ride, some sort of crazed amusement-park ride, going through the Underworld, in a way. Take a look at this, and you pan over real fast and, you know, it kind of lends itself to the impression of it not being perfect—which is really what I wanted. That scene near the end, Ed McDonald talking to [the Hills]—I like that, [it’s as if the movie] kind of stops, it gets cold and they’re in this terrifying office. He’s wearing a terrifying tie—it’s the law and you’re stuck. And they’re on the couch and he’s in a chair and that’s the end of the road. That’s scary. —Martin Scorsese, Film Comment, September/October 1990

“It was in 1975 that Martin Scorsese finally met his idol, Michael Powell, and embarked upon a fifteen year friendship that would see Powell—one half of The Archers and the renowned British filmmaker behind such movies as The Red Shoes, The Life and Death of Colonel Blimp, and, most controversially, Peeping Tom—repeatedly offering invaluable advice and feedback to the American director. A perfect example: In 1988, after reading a new script of Scorsese’s entitled Wise Guys, Powell sent his friend the following enthusiastic letter and declared it “one of the best constructed scripts [he had] ever read.” That movie’s eventual title was Goodfellas. Powell sadly passed away in February of 1990, just months before the completed film’s theatrical release.” —Letters of Note 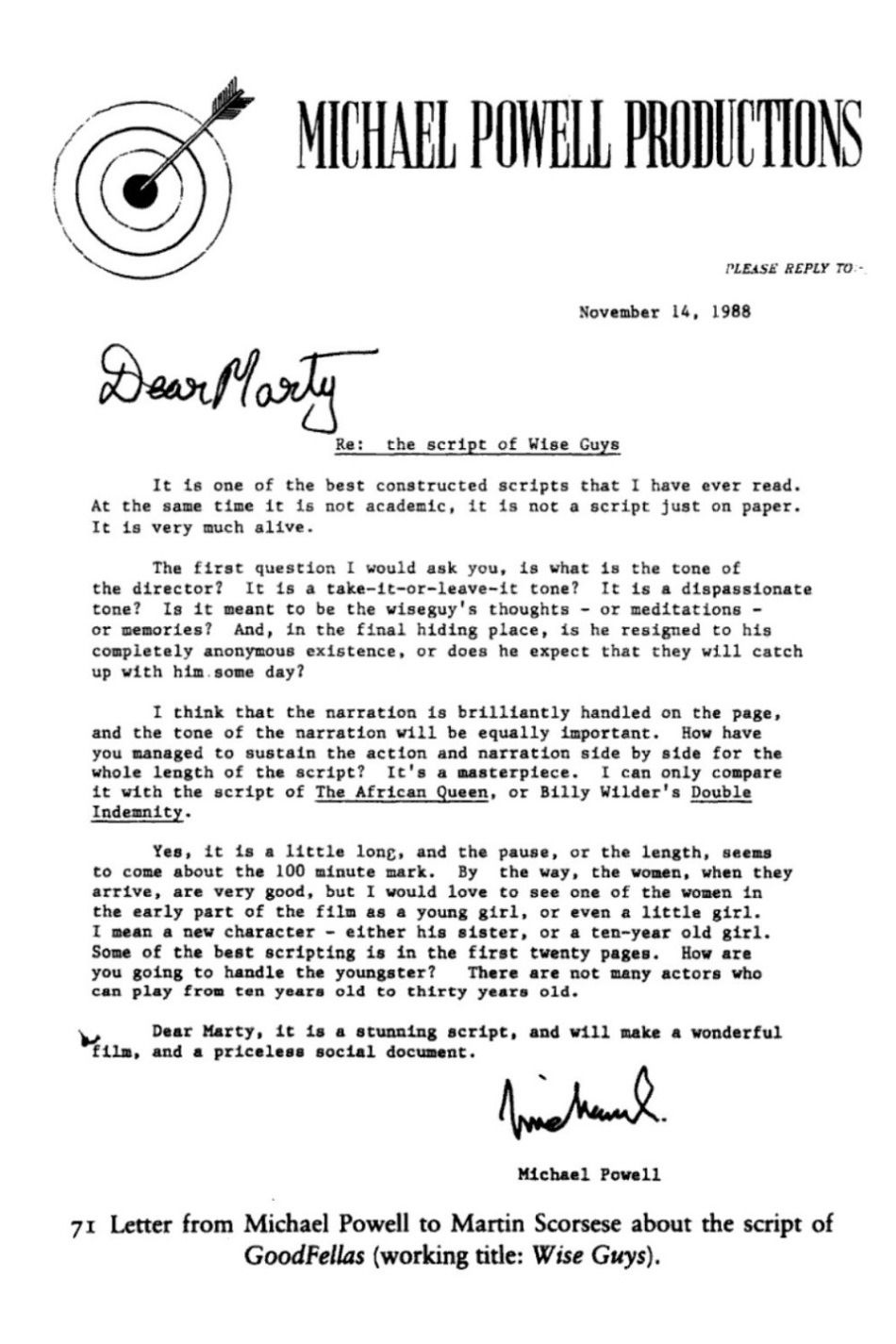 A monumentally important screenplay. Dear every screenwriter/filmmaker, read Nicholas Pileggi & Martin Scorsese’s screenplay for Goodfellas [PDF1, PDF2]. (NOTE: For educational and research purposes only). The DVD/Blu-ray of the film is available at Amazon and other online retailers. Absolutely our highest recommendation.

According to the real Henry Hill, whose life was the basis for the book and film, Joe Pesci’s portrayal of Tommy DeVito was 90% to 99% accurate, with one notable exception; the real Tommy DeVito was a massively built, strapping man. In a documentary entitled The Real Goodfella, which aired in the UK, Henry Hill claimed that Robert De Niro would phone him seven to eight times a day to discuss certain things about Jimmy’s character, such as how Jimmy would hold his cigarette, etc. After the premiere, Henry Hill went around and revealed his true identity. In response, the government kicked him out of the Federal Witness Protection Program. —Interview with the real gangster behind Goodfellas

The 30-minute documentary Getting Made: The Making of Goodfellas is a fascinating inside look at the making of a masterpiece. The full length version of the documentary is available on the Blu-ray. A must have on your shelf. Purchase your copy at Amazon.

The legendary Steadicam shot in Goodfellas through the nightclub kitchen was a happy accident—Scorsese had been denied permission to go in the front way and had to improvise an alternative.

In this video, director Martin Scorsese discusses his iconic film, Goodfellas, his first viewing of the influencial 1931 film The Public Enemy, the idea of Goodfellas fitting in to a film “lineage of outlaws,” and the danger of exuberance leading one astray into a world of crime and violence.

Jim Jarmusch talks with legendary director Martin Scorsese about the film Goodfellas at Silverdocs at the AFI Silver Theatre in Silver Spring, MD.

“Yes, indeed, The Godfather is masterful. The Sopranos? We never missed an episode. But you want to talk about a movie that leaves a mark? Twenty years after the release of Goodfellas, the good people behind it—Scorsese, Liotta, De Niro!—re-create the making of the truest, bloodiest, greatest gangster film of all time.” —Getting Made The Scorsese Way

“What fascinated me most were the details of everyday life. What they eat, how they dress, the nightclubs they go to, their wives, their kids.” —Martin Scorsese

Here are several photos taken behind-the-scenes during production of Martin Scorsese’s Goodfellas. Photographed by Barry Wetcher © Warner Bros. Intended for editorial use only. All material for educational and noncommercial purposes only. 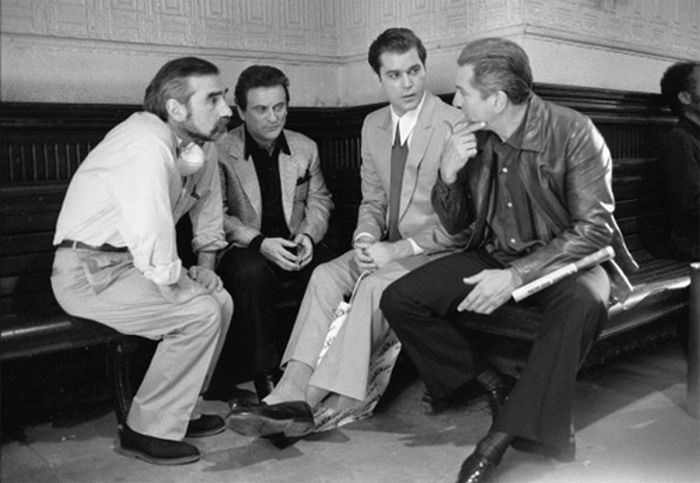 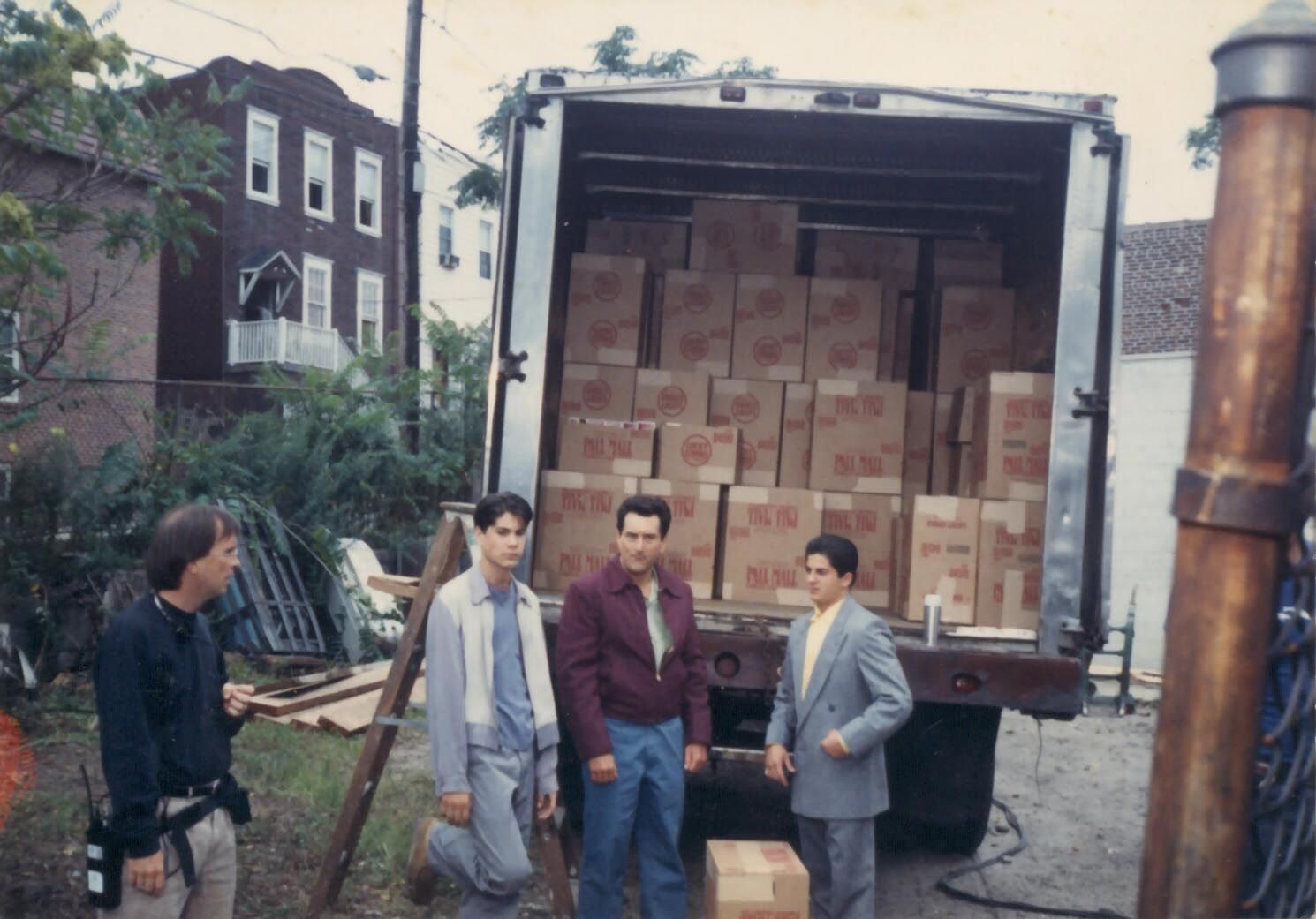 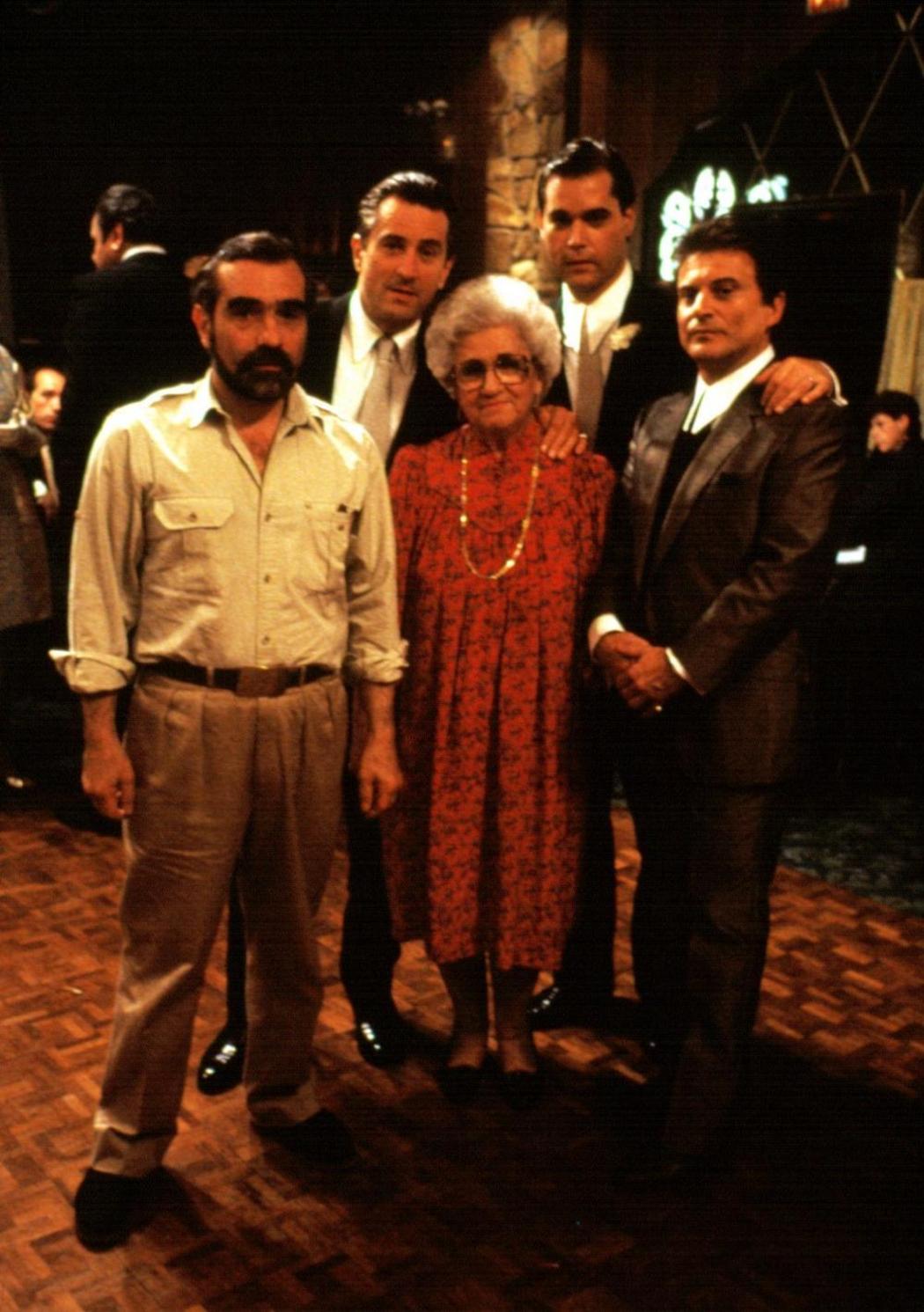 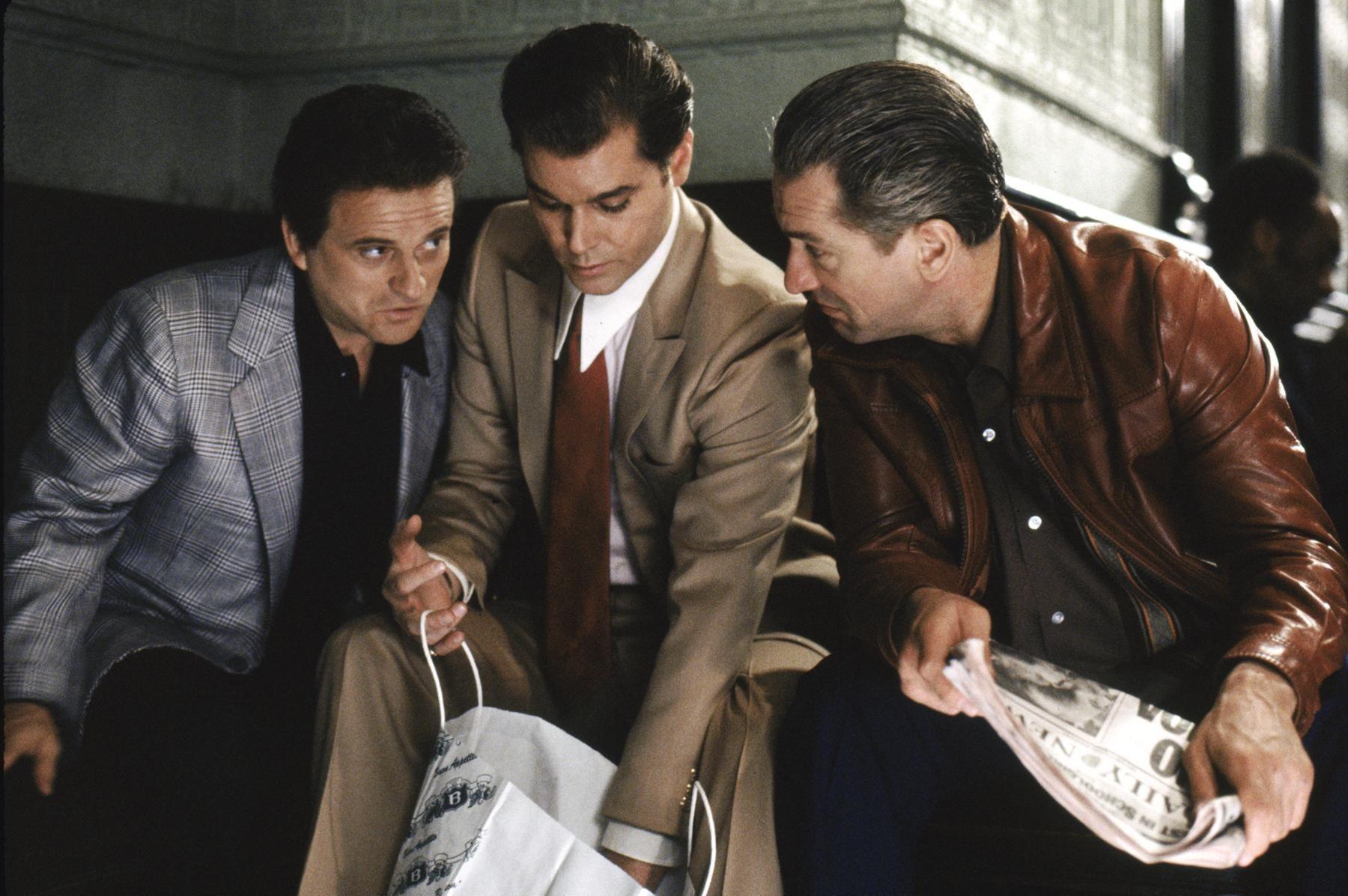 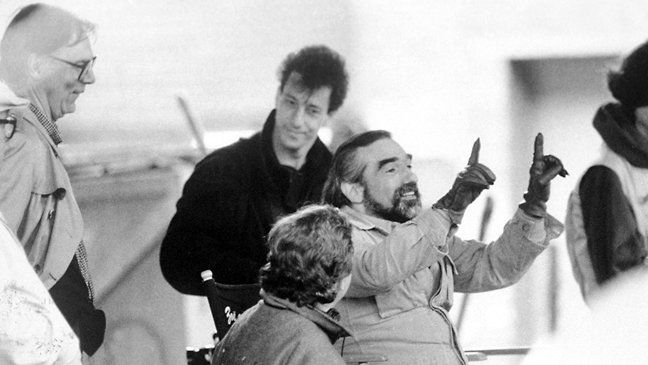 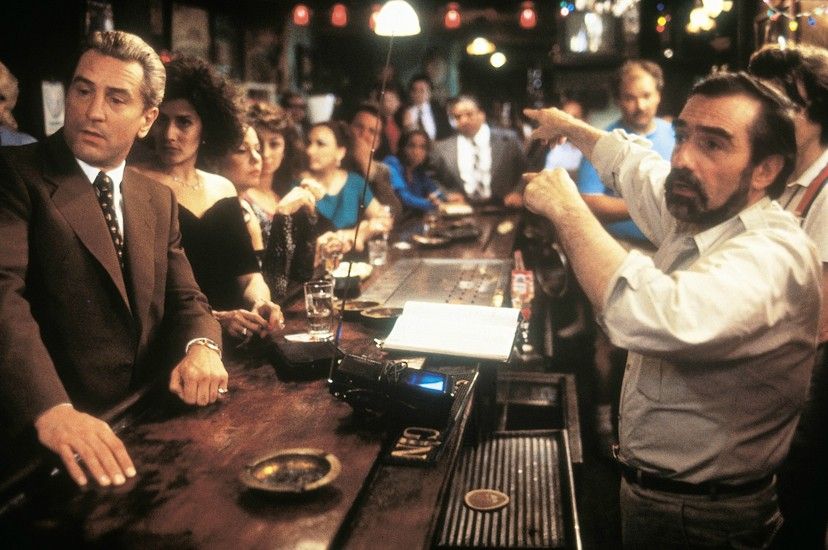 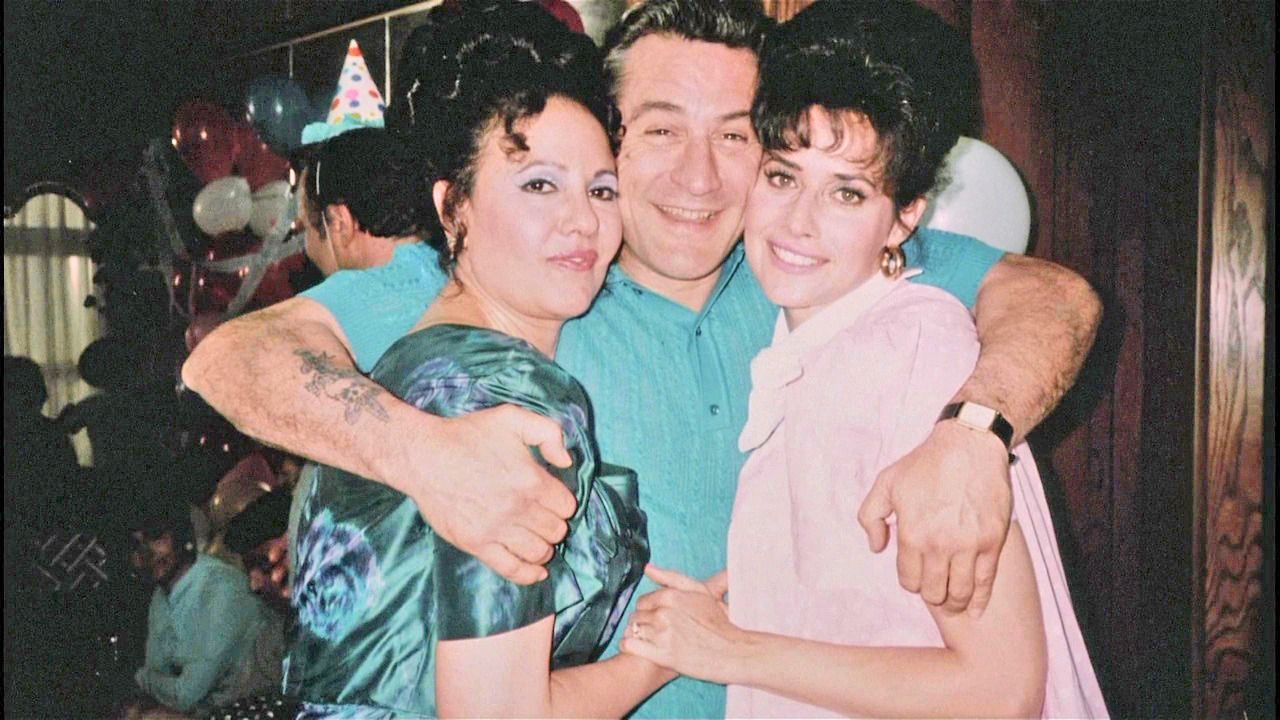 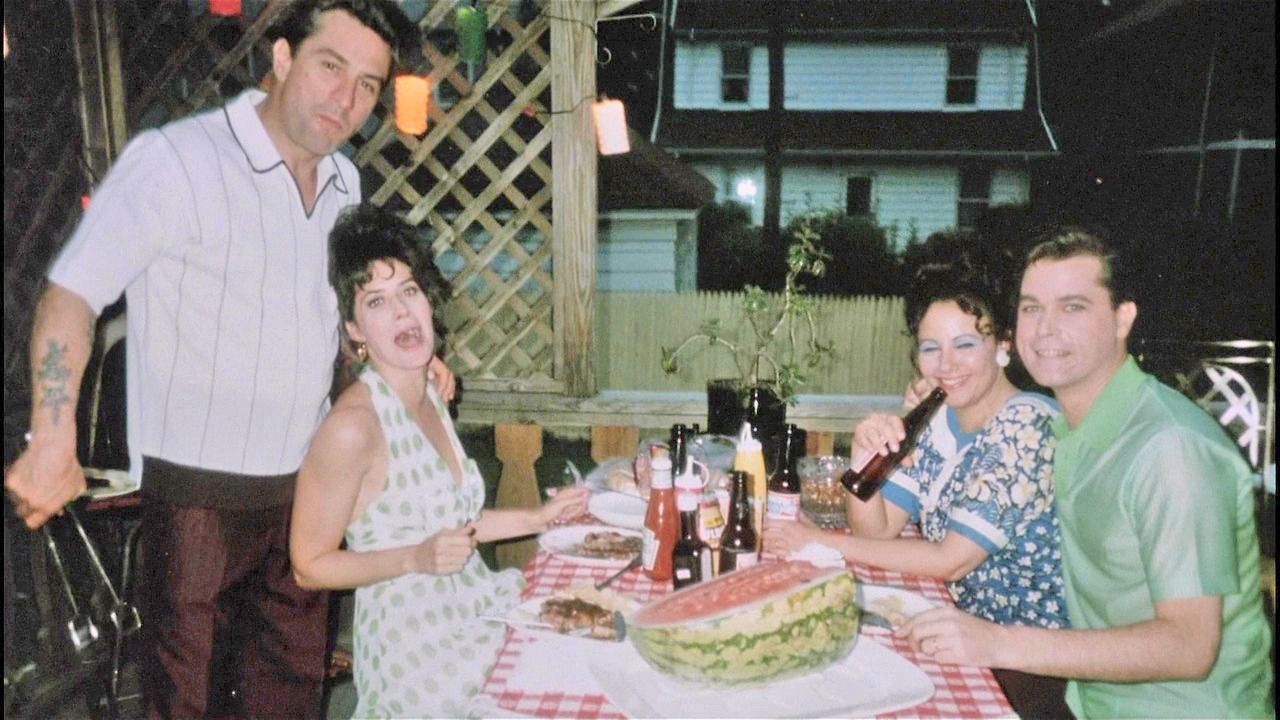 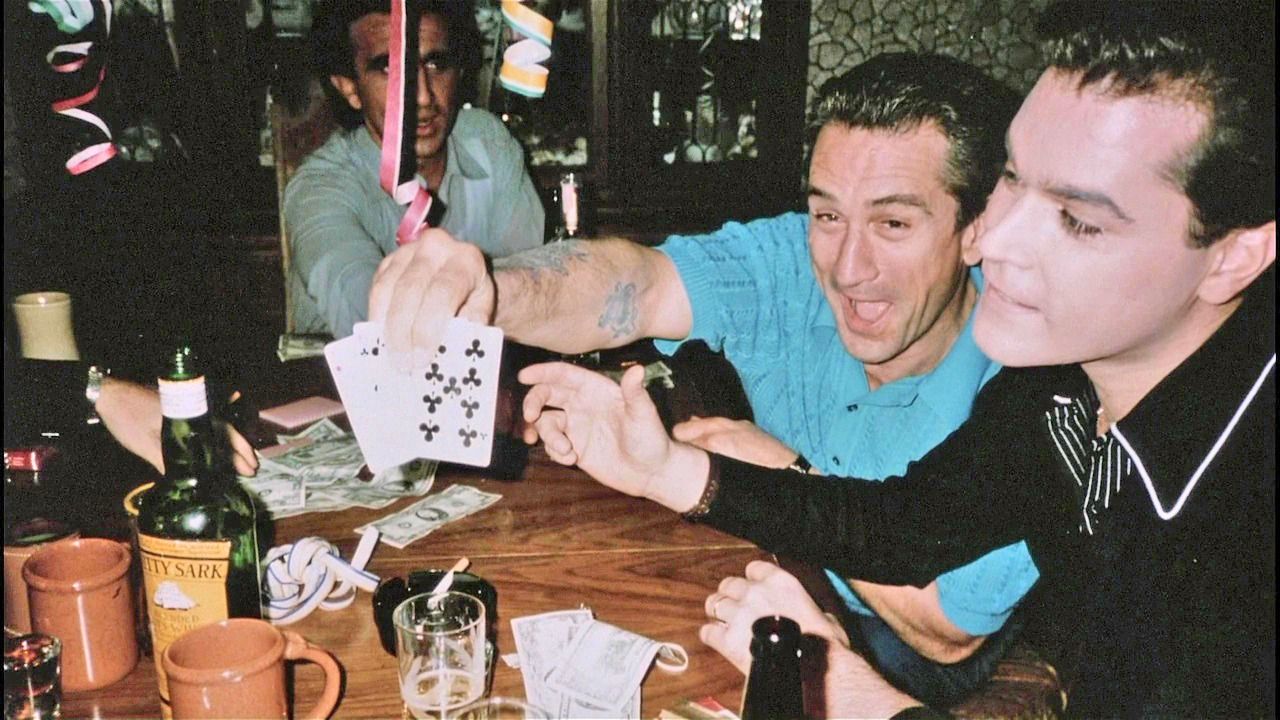 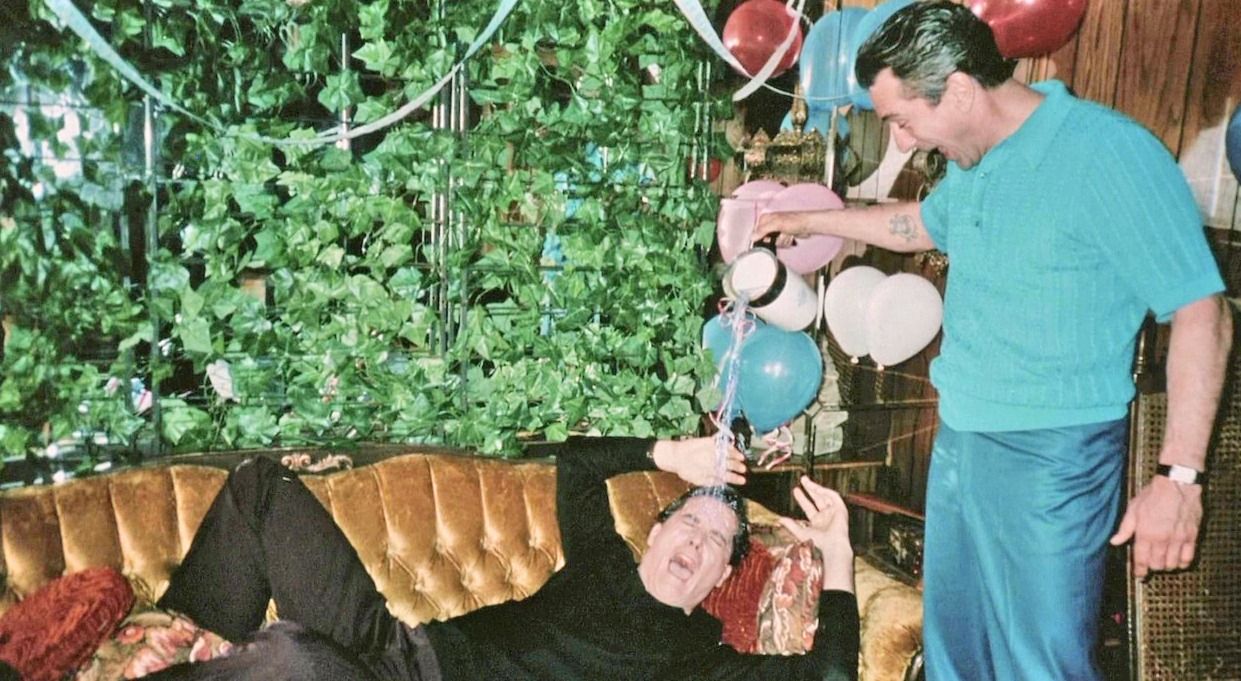 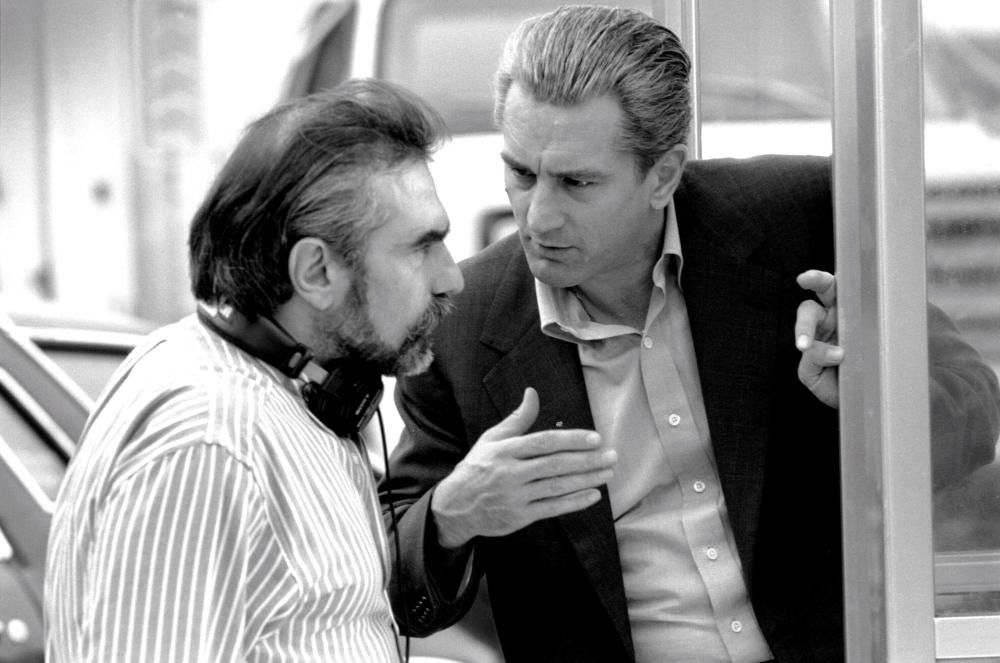 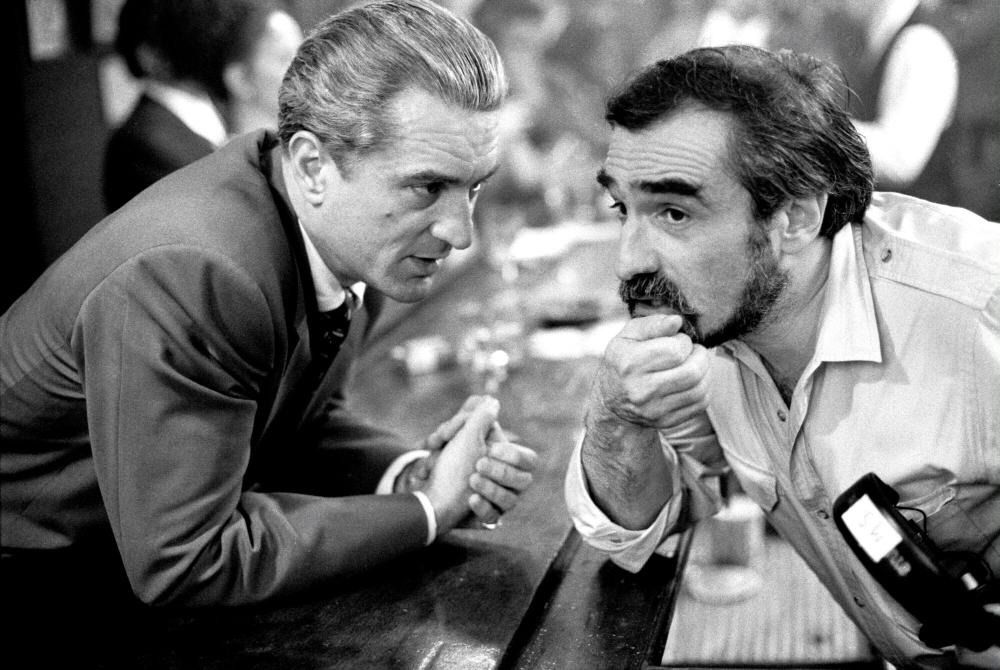 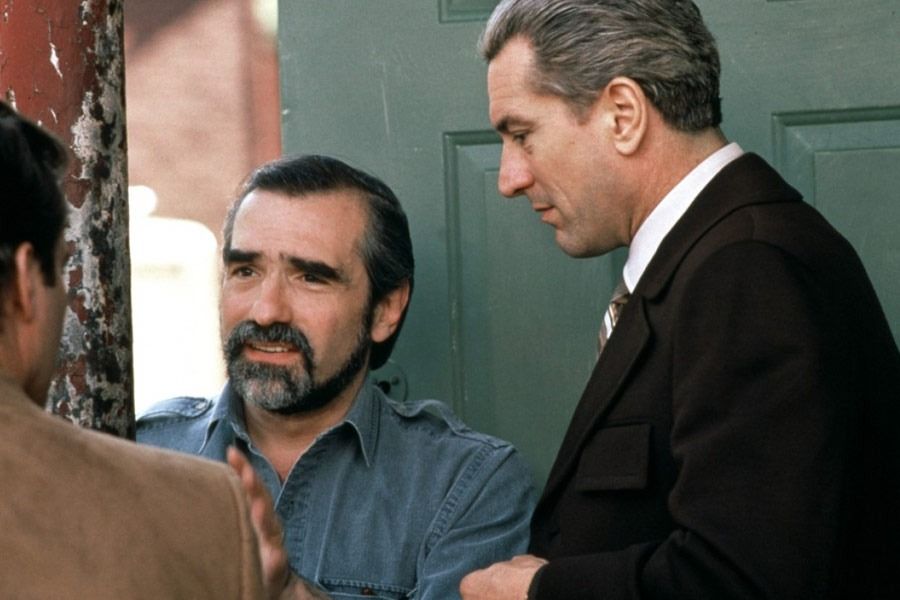 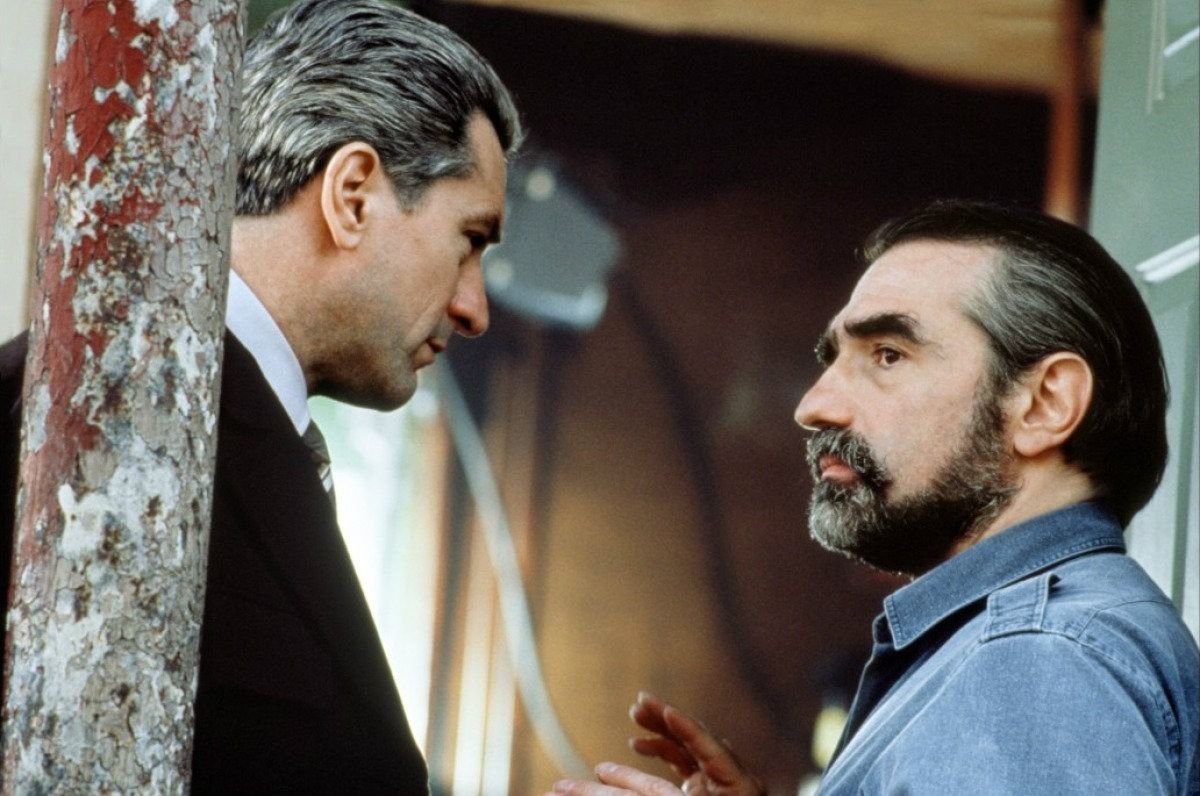 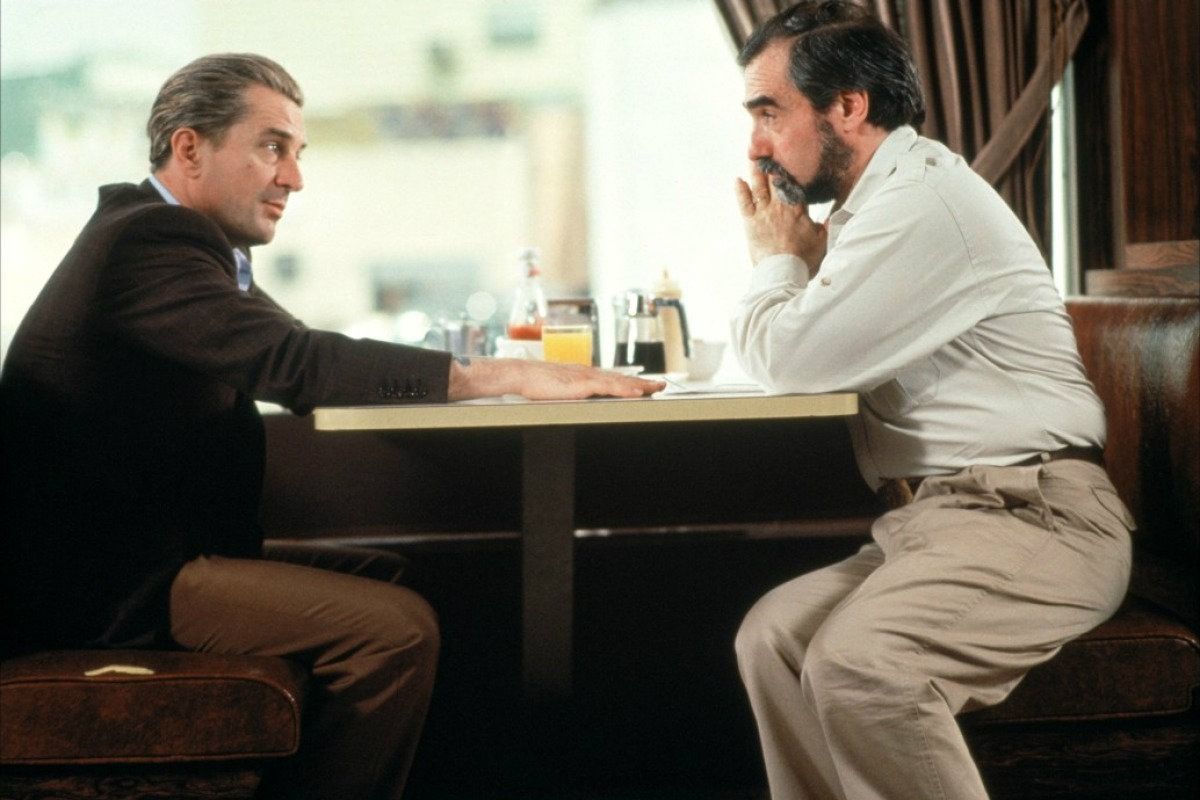 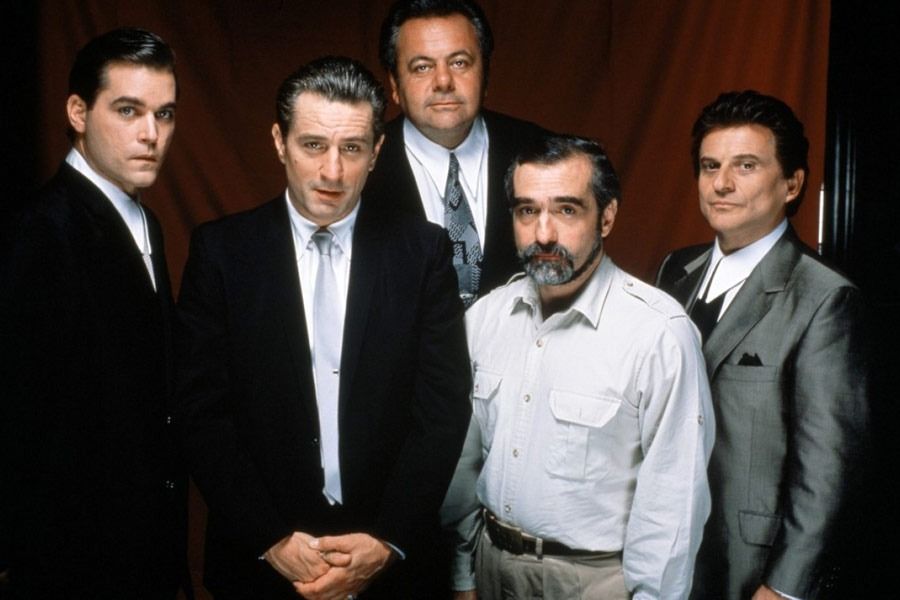 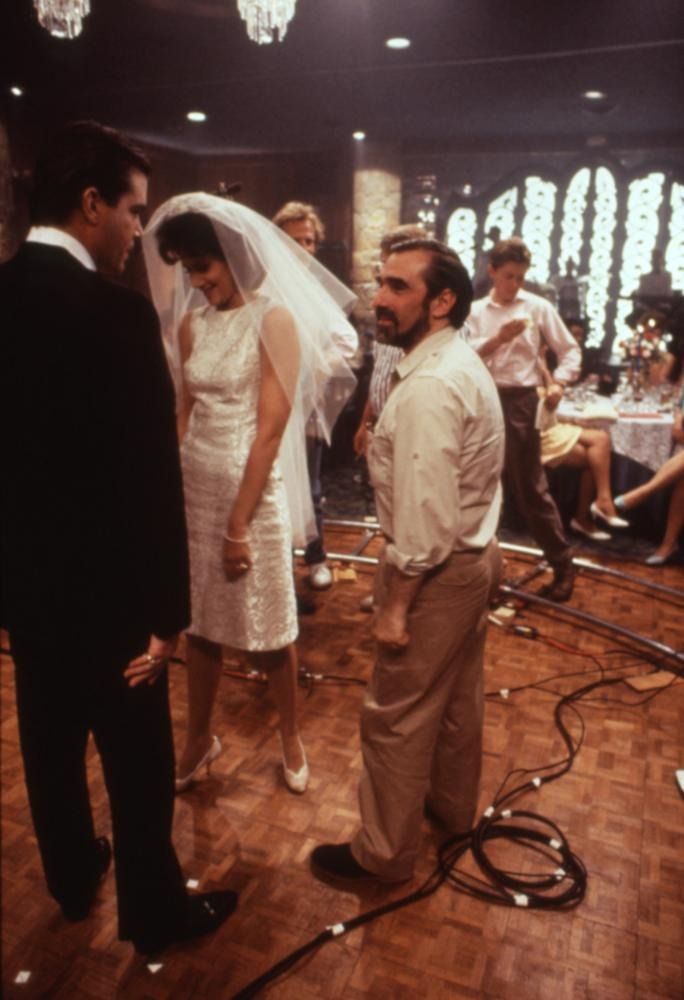 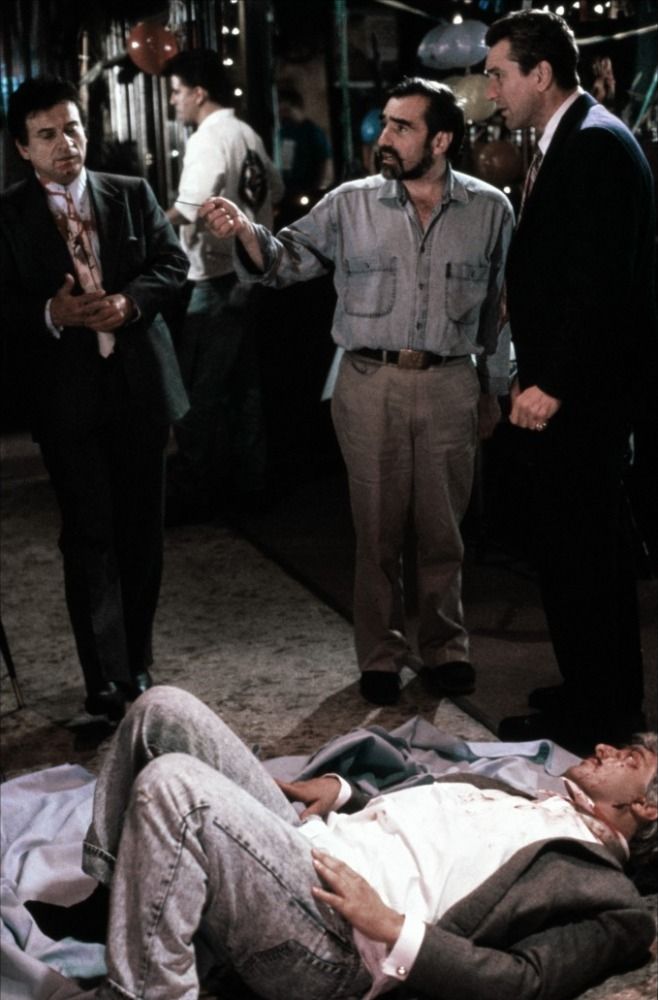 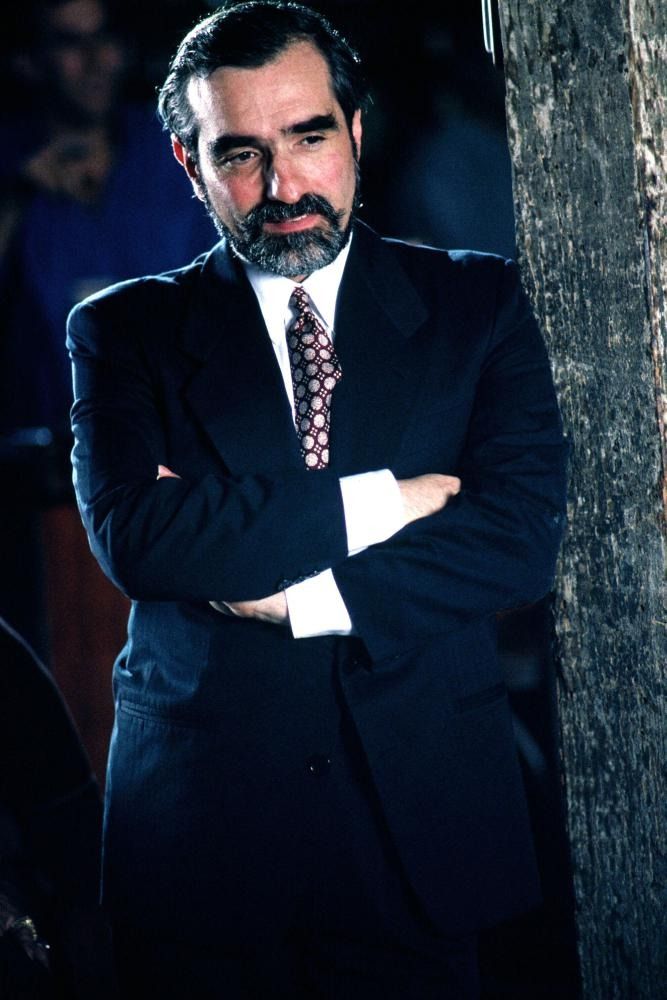