A young boy and a talented archer, who takes his hobby very seriously and passionately, has a strained relationship with his militant, strict, reserved father who doesn’t approve of his son’s love for this particular sport. As the young boy struggles under the rigid terms of this strenuous relationship, it becomes obvious that slowly but inevitably he himself becomes absorbed by his greatest fear, as he adopts his father’s patterns of behavior, becoming the person he despises the most.

Thyrone Tommy, named as one of the Emerging 20 Filmmakers in the ReelWorld Indie Film Lounge program, delivered an emotionally disturbing short film that, in its bare 15 minutes, manages to make a startling point with precision and decisiveness characteristic of its protagonist’s archery skills. By grappling the subject of the always inspiring father-son relationship, Tommy constructed a believable little world of universal significance. As you watch Avalanche, you realize the story is far from an exception: such familial relationships are present everywhere around us, and the theme of becoming the very thing you fear the most is perhaps not the most original one in cinematic history, but is absorbed and dealt with in a fresh, direct and skillful way.

Well-acted, nicely written and dynamically directed, Avalanche is a pleasure to experience, first and foremost due to its insightful approach to a highly problematic issue. The influence parents have on their children, as disruptive as it can get, is a theme of great cinematic potential, and Thyrone Tommy nailed it perfectly in only a quarter of an hour. Looking forward to seeing what he can do in the territory of feature films. 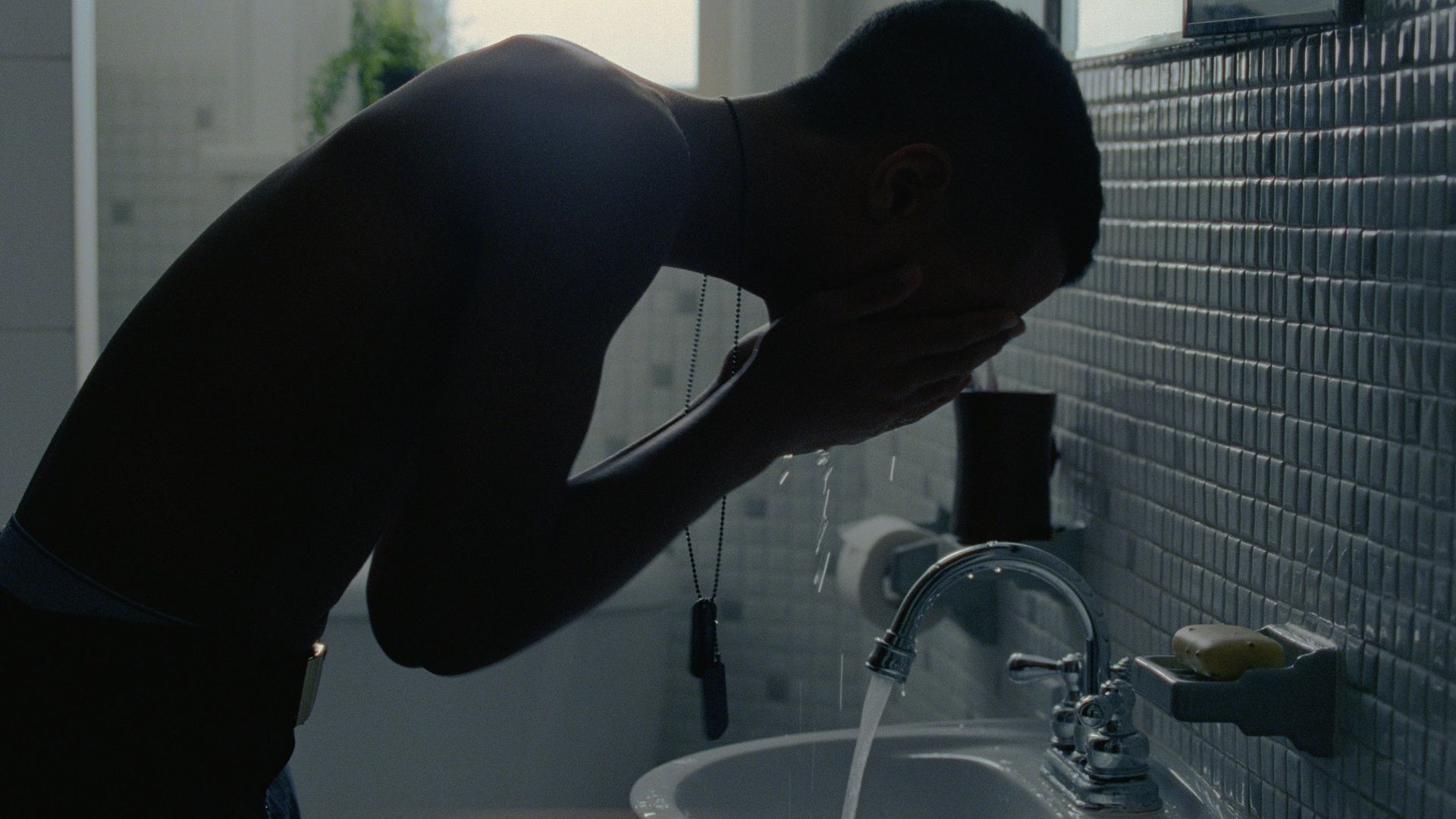 First of all, congratulations on an excellent film. How did you come up with the idea for Avalanche? What was it like filming it?
Thank you so much! I’ve been such a big fan/user of this site for so long, it’s humbling to be featured. Avalanche was actually inspired by a song of the same name from Canadian rock singer Matthew Good. Listening to his album the imagery came to me. I was going through my own ordeals with my father and the two clicked. Filming was an incredible experience. I had done two shorts previously, but not on this scale. Luckily I had an incredible cast and crew who were patient and prepared.

You’ve been named one of ReelWorld Film Festival’s Emerging 20 Filmmakers for 2014. What do honors like this mean to you?
It’s a privilege to participate in those programs and continue to learn your craft alongside the business of it. ReelWorld is so amazing, in their pursuit of giving people of color a voice in the filmmaking community. The festival they run, and the labs they put together, have put me into the center of the scene I don’t know if I’d be otherwise.

How happy are you with Avalanche‘s festival run?
It’s played over a dozen festivals now, which is f–king fantastic! To see a film after one year on tour still be screening for audience and online is really the biggest honor in this business. It means it’s connecting with people.

As far as I understood, you love to shoot films on celluloid. What would you say is the advantage of this approach to filmmaking? What is the importance of saving the film reel, what does it mean to you personally and professionally?
Oh boy—I love shooting film! It’s aesthetically far more pleasing to me, and it creates a certain feel not just to my stories but to the cast and crew. It makes everyone aware of its presence, and thus aware of what it is we must accomplish. It’s that sort of work ethic I bring to shoots, even in the digital realm. It’s disappointing most people don’t see its value, or see it as an actual possibility. I’m constantly questioned about the choice, but no one bats an eye when someone says “let’s shoot Red Cam 6K and add grain in post.” What do you think costs more?! 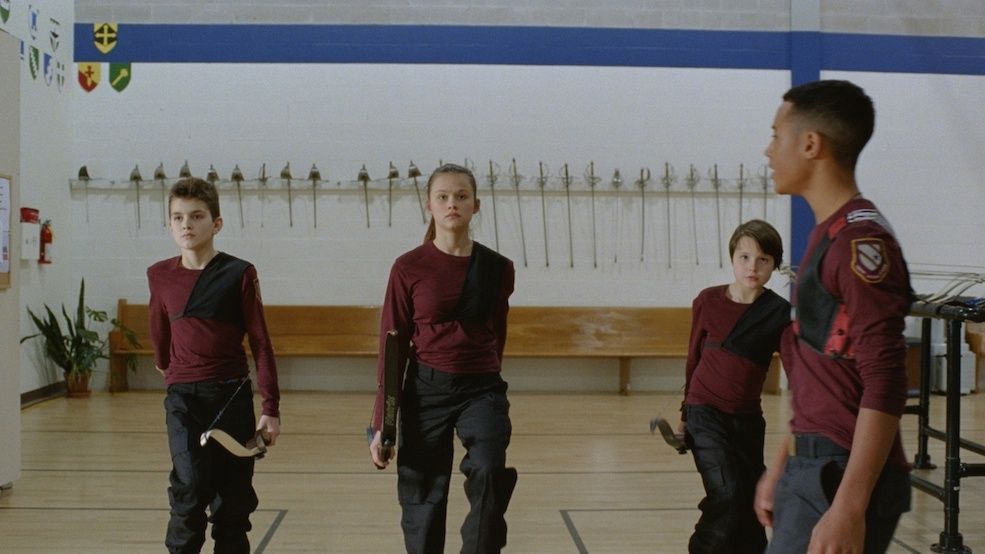 What is the current state of film production in Canada? Are filmmakers full of potential, like yourself, getting the chance they deserve to showcase their talent?
I think the Canadian film scene is getting better every year. There are true artists here, who have legit talent and experiences to share. It’s obviously still very pale, especially on the commercial side—but we have great staples in our community like the CFC and ReelWorld, which, it seems, goes above and beyond to showcase the breadth of filmmakers we have. Quebec better watch out, they’re not the only chefs in town anymore!

You raised funds for Avalanche on Kickstarter. What’s the importance of such platforms for emerging filmmakers? Do you believe it is easier for artists to break out than it was back in the eighties or nineties, before the era of Internet began?
Part of Avalanche‘s funding was through KickStarter, which was a painful process to me. The other part was through grants from Kodak and Universal Canada. I think crowd funding works when you have something to share that people would have brought regardless. That film with the Kung Fu Cop battling Hitler in the 80s—that movie you crowd fund!

It’s definitely not easier today, because everyone who thinks they can do it is doing it. It’s a very saturated scene so you have to bring something very unique or of value to the table or it’s pointless. The great thing is though—the gatekeeping structure has changed. So you can slide yourself into the consciousness of film goers without necessarily having to play the traditional game.

Where do you see yourself in 5 years time?
How did this turn into the Burger King interview?! In five years I want to have made one of those movies that was so good people just compare the shit out of all your other work to it.

Who do you believe is the greatest filmmaker still active in the business today? Why do you hold them in such high esteem?
Martin Scorsese, does anyone LOVE filmmaking as much as that guy! He jumps at a project like he’s 22 and getting his first shot. That passion and energy, I think we should all strive to have that in whatever the hell we’re doing. Cause at 73, if you’re giddy about waking up to something, you’re living. 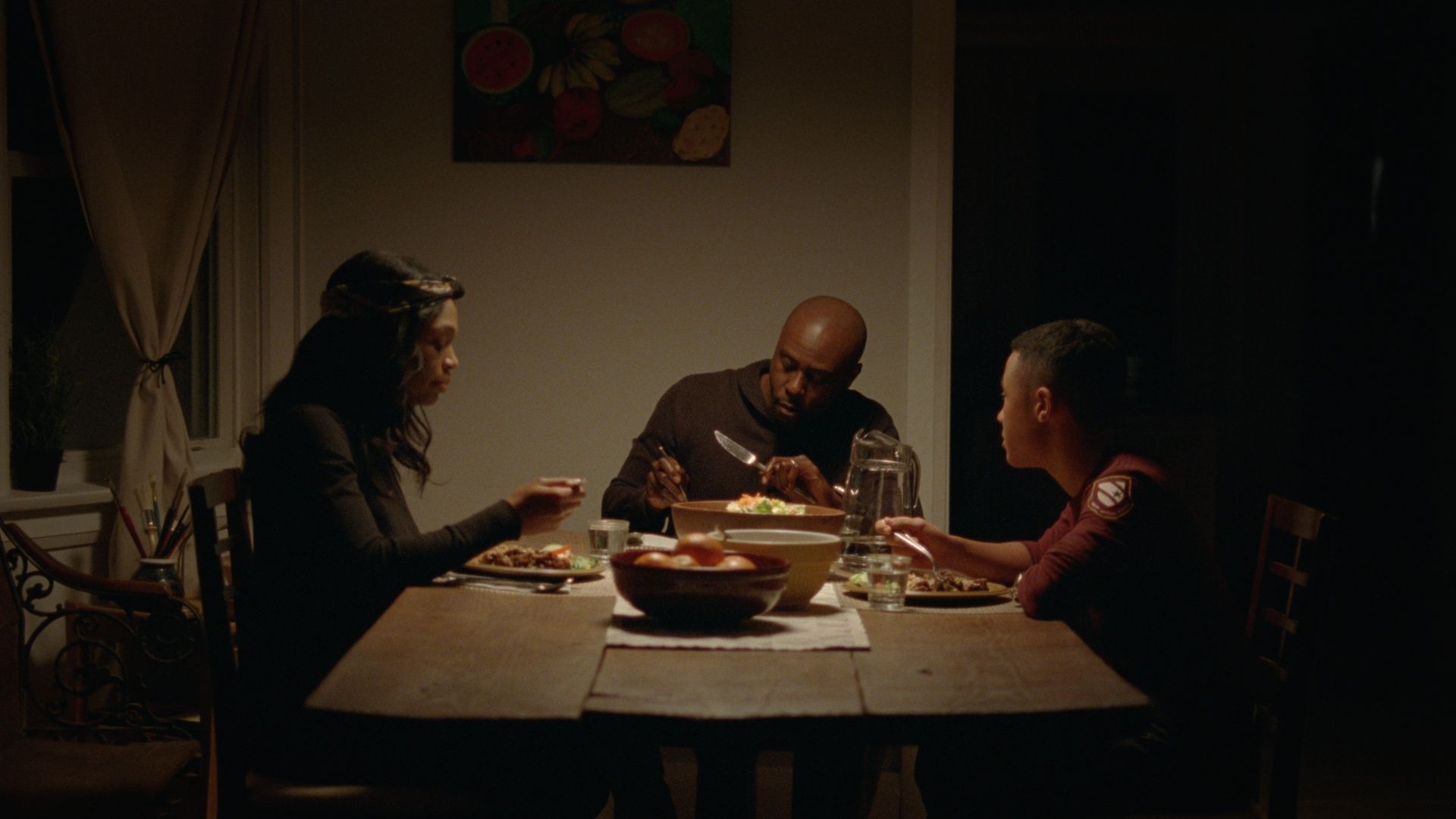 Having lived in every province west of the ‘Atlantic provinces,’ Thyrone Tommy brings a dynamic eye to the Canadian film scene. His love of celluloid has been shown in his last two films Liar, Cheater, Whore and recent father-son drama Avalanche, shot on Super 8 and Super 35 respectively. He has screened at festivals both locally in Toronto and abroad.

He continually works commercially as a camera operator and recently was selected to participate in the ReelWorld Film Festival’s Emerging 20 Filmmaker Program. 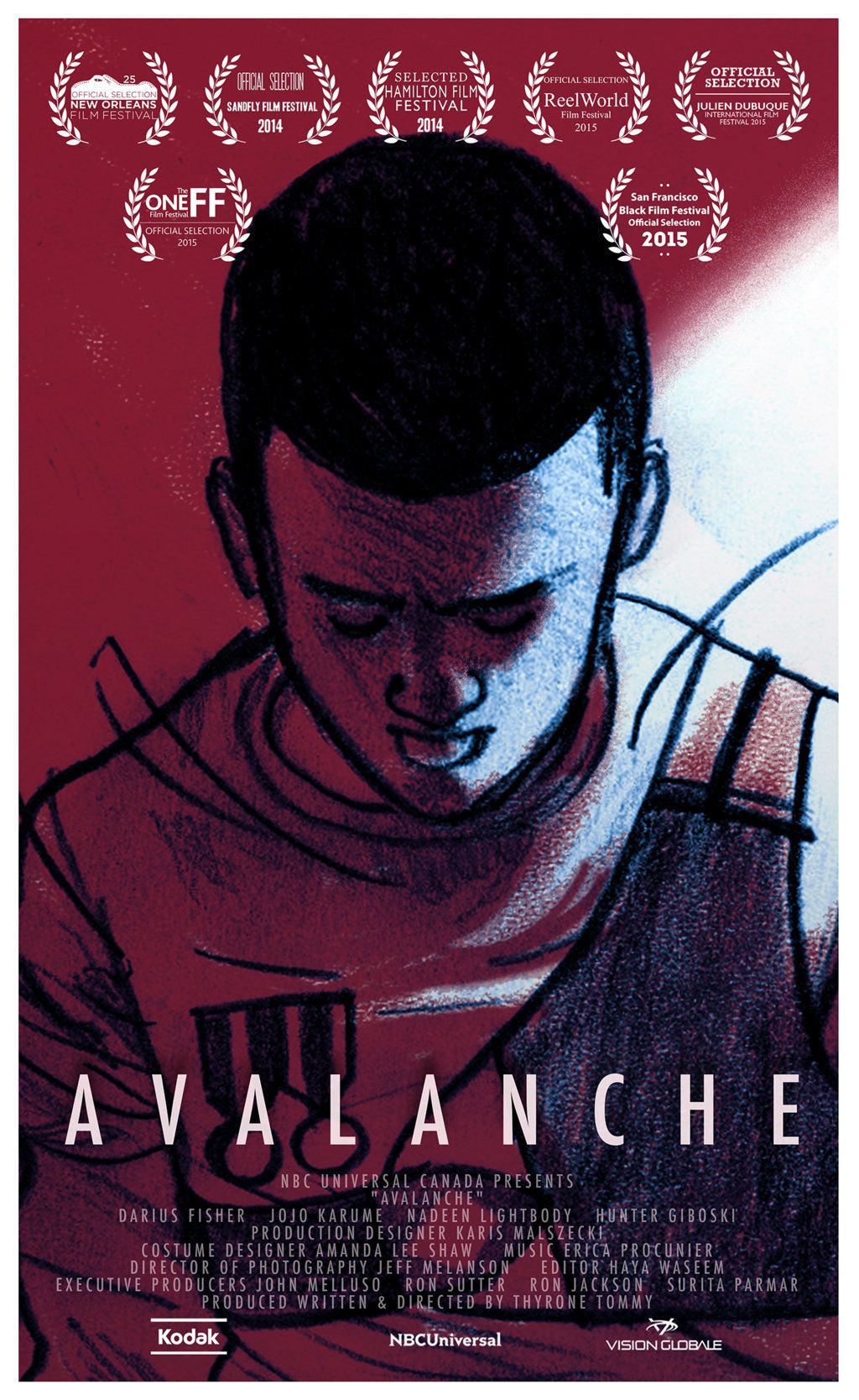