When Christopher Lee felt the desire to take on more serious projects, after becoming an icon of Hammer Horror series, he met with screenwriter Anthony Shaffer and soon joined forces with director Robin Hardy. What they were set out to make was a more complicated kind of a horror film: intelligently conceived, investigated in detail, delving into the always controversial, brow-raising thematic domain of religion. Loosely based on a novel called Ritual by author David Pinner, to whom Lee and Shaffer paid 15 thousand pounds for the rights, The Wicker Man told an eerily staged story of a devout Christian arriving to a remote, isolated island to investigate the disappearance of a young girl. The island’s inhabitants practice a pagan religion of Celtic origins, and even if the crew hadn’t put a lot of effort into creating bizarre situations and provocative imagery, this would be enough to transfer an unpleasant feeling from the silver screen to the gut of the audience. After some initial praise, the film soon faded into obscurity, but reemerged as one of the best British films of all time, celebrated for its clever premise, cunningly conceived characters and a most suspenseful combination of beautiful visuals and distressing score written by Paul Giovanni, whose role in accentuating the backwater ambiance should not be disregarded.

The film’s success is even more impressive if we remind ourselves of the circumstances that certainly didn’t make Hardy’s job any easier. This was a troublesome time for the British film industry, the studio—British Lion Films—was in a financial crisis, and Hardy was urged to make the film as soon as possible. Because the story takes place in spring, and Hardy had to start filming in October, he used quite an amount of artificial leaves and blossoms, gluing them to trees in numerous scenes. The small budget, on the other hand, meant a lot of the crew, including Christopher Lee, agreed to work pro bono. But Lee believed in the project, felt extremely passionate about it and was left deeply disappointed by the fact that the original footage of The Wicker Man disappeared from the face of the Earth. He considers the film the best he’s ever done and gave his all to convince everybody to give it a chance, allegedly even offering the critics to pay for their seats at the cinema. As for us, even though The Wicker Man failed to reveal itself in the original form that Hardy, Shaffer and Lee envisioned, the film occupies a special place in our horror-craving hearts, partly thanks to the magnificent final shot that remained lingering in our minds. The point where the burning wicker man collapses to reveal the setting sun is an iconic example of pure film poetry.

A monumentally important screenplay. Screenwriter must-read: Anthony Shaffer’s screenplay for The Wicker Man [PDF]. (NOTE: For educational and research purposes only). The DVD/Blu-ray of the film is available at Amazon and other online retailers. Absolutely our highest recommendation.

Director Robin Hardy and musical director Gary Carpenter remember a descent into paganism that started in a Manhattan hotel room and ended up with the film company rubbishing their own work.

I was making commercials in the US and doing very well. Then a film company sent the writer Anthony Shaffer out to lure me back to the UK. When I opened my door in Manhattan, he said: “I am with the FBI and we are investigating you to see if you have communist sympathies.” It was the first of many jokes. We faced demands to change the ending, to save Howie from the fire—someone at the studio even suggested torrential rain—but it wasn’t going to happen. There was a power struggle going on at British Lion, the film company. Some executives were trying to destabilise Peter Snell, the managing director and producer of The Wicker Man. They said the film was rubbish and undistributable, eventually sending it out as a supporting feature to Don’t Look Now. Christopher was furious and told them: “This is the best film I’ve ever done.” He took it to Paris where it won the Grand Prix du Film Fantastique and then got great reviews in America. It had become a very good story for journalists—a studio rubbishing its own acclaimed film. So British Lion had to start promoting it properly. —Robin Hardy, How we made The Wicker Man 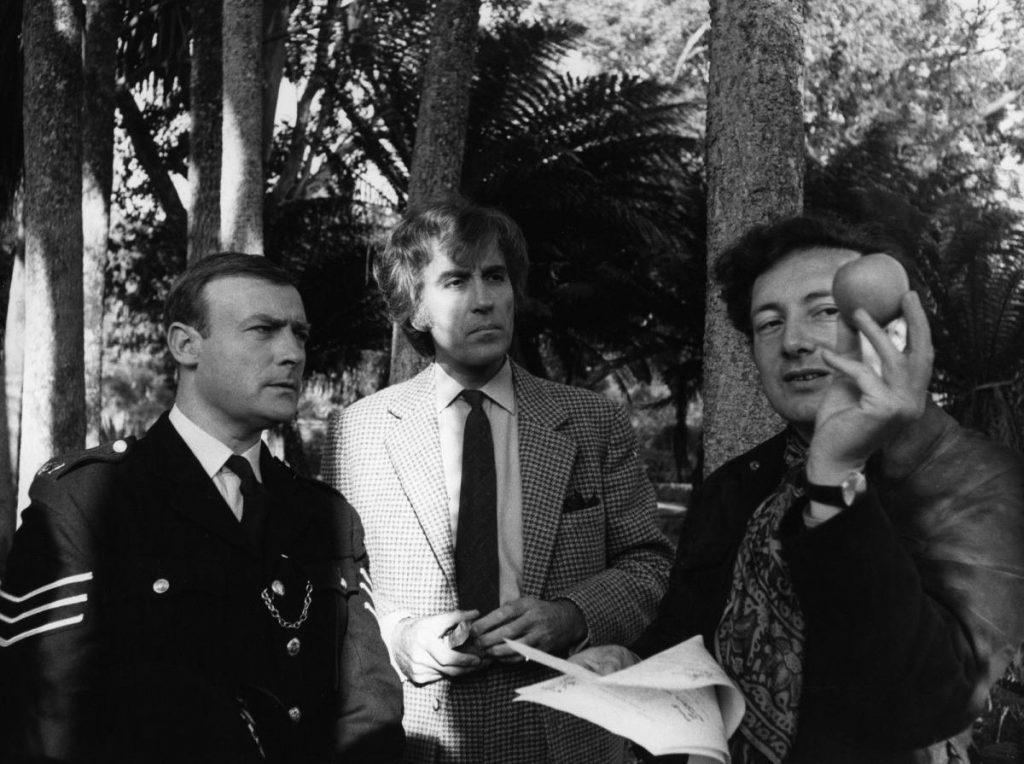 Alex Cox introduces The Wicker Man on (the first ever) Moviedrome (BBC2, 1988).

A documentary detailing the process of the creation of The Wicker Man and the subsequent problems distributing it.