Young British filmmaker Tom Oliver’s half-hour short film In the Near Light is a beautifully envisioned story visually influenced by the works of such cinematic greats as Wim Wenders and Jim Jarmusch. The colors are bleak, the atmosphere is surreal, haunting and to a degree it takes us back to Wings of Desire, while the subtle writing makes sure the story is fully grasped in all of its pedantically crafted beauty.

In the Near Light is an impressive success of visual storytelling, but also an important lesson for all potential filmmakers possibly concerned with their lack of formal education. Oliver manages to skillfully demonstrate his talents garnered from the priceless experience of watching and studying superbly executed films. In the Near Light is a great story, but it’s also a story that gains even more importance when observed in the context of truly independent filmmaking. Anything is possible when you have an artistic soul and your heart and mind are in the right place.

What inspired you to make this short film?
The idea came by way of a number of different influences. I was looking for an idea for a film because I really wanted to work on something with my eventual cast and crew. My cinematographer Bob was really into polaroid photography and experimenting with expired film, and my producer Elisha had been doing a series of paintings of haunted environments. I was also watching a lot of Wim Wenders’ films at the time, such as Alice In The Cities and Wings Of Desire. Both these films had certain elements which served as key cinematic influences, such as the theme of the afterlife in Wings Of Desire, and Rudiger Vogler’s character in Alice taking polaroid photos. All these things somehow coalesced into this one idea, which came to me almost fully formed. It felt like a small film at first, but ultimately grew into a half hour long short which took about a year to finish.

Who are your filmmaking role models?
I love directors such as Stanley Kubrick, Paul Thomas Anderson, Terrence Malick, Francis Ford Coppola, Lynne Ramsey, David Lynch and Wim Wenders to name a few. These are true masters of the craft, both dramatically and formally, who present worlds and experiences intrinsic to cinema. I try to take whatever equipment I have, no matter how primitive, and make films as powerful and effective as these filmmakers in anyway possible. I find inspiration in many creative disciplines, from a huge variety of individuals. People such as Paddy Chayefsky, Cormac McCarthy, Edward Hopper, Sam Shepard, Emmanuel Lubezki, Brian Eno and Robert McKee, to name a few, can have just as much influence on me as a filmmaker as a director can.

What made you fell in love with the world of film?
I have been in love with film as far back as I can remember, and have always wanted to be part of them. What made an immediate and lasting impression on me, even when I was very young, was the experience of cinema, the feel of a film which transcends its narrative and technical construction. I also love how much there is to know about so many different practices. There are obviously a number of different artistic blocks that build a film, such as writing, photography and design, and I love learning about and perfecting them all as much as possible. But there’s a quality which lies beneath all of these processes which unifies them as a whole and makes sense of them as a film. That’s the thing that makes you love cinema, that’s what I’m after as a filmmaker. —Tom Oliver, Director 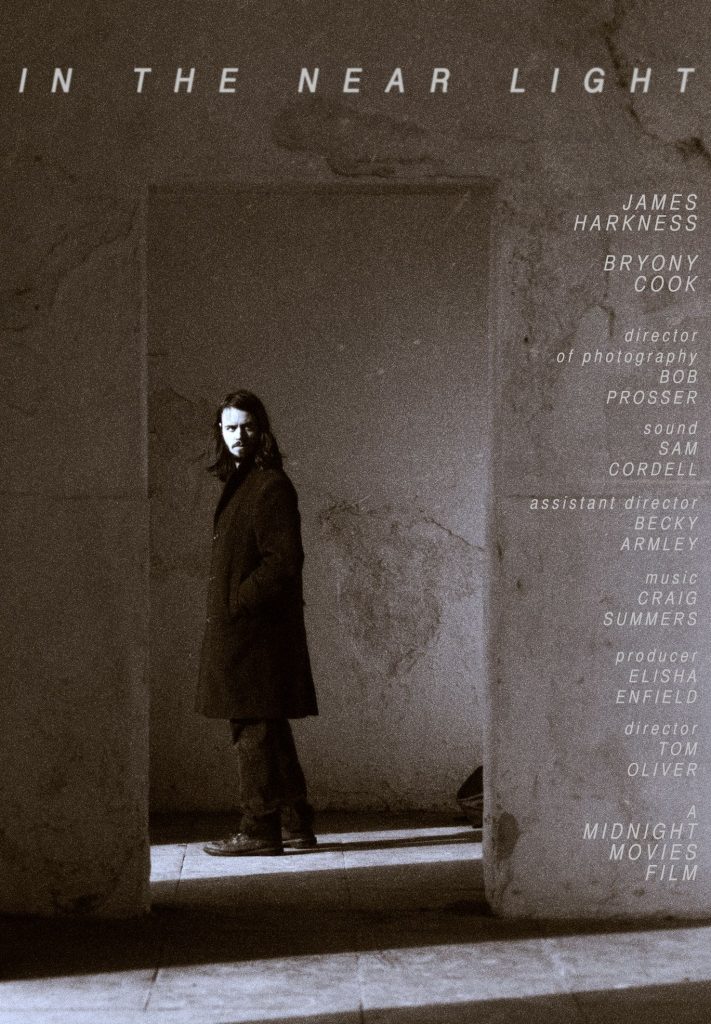 In the Near LightTom Oliver