Celebrated as one of the most original American films of all time, Martin Scorsese’s Mean Streets holds a firm place among the best crime films we ever had the pleasure of seeing. It’s not easy to pinpoint what exactly makes it so damn good—whether it’s the memorable Keitel-De Niro on-screen collaboration, master Scorsese’s direction or the screenplay Scorsese wrote with his fellow student and frequent writing partner Mardik Martin—but it hardly matters anyway. It’s definitely one of the cinematic high points of the 70s and, as Ebert put it, “one of the source points of modern movies.” However, the significance of Mean Streets doesn’t lie only in its capable execution that knocked the critics off their feet. Since Scorsese made the film after some encouragement from friend and mentor John Cassavetes, it was the first story he personally wanted to tell and, as such, was much later hailed by Richard Linklater as “the patron saint of independent filmmaking.” At the same time inspired and inspiring, influential and influenced by such icons as Cassavetes and Godard, Mean Streets remains a necessary stepping stone in the education of all aspiring auteurs. Check out what we’ve prepared for you and allow yourself to be immersed in the world of Scorsese. Scorsese wrote the script for Mean Streets along with his friend and fellow NYU student, Mardik Martin with whom he collaborated with previously on some of his short films. In his book, Easy Riders, Raging Bulls, author Peter Briskind states the two friends sat in Martin’s Valiant during a cold winter and wrote the script. Much of the story is from Scorsese’s own experiences growing up in Little Italy. During the filming of Boxcar Bertha Scorsese tried to interest Corman into financing his next film. However, Corman would agree only if Marty changed all the characters to black. Fortunately, for all he found other financing from Jonathan Taplin, then a road manager for the rock group, The Band. —Twenty Four Frames

Dear every screenwriter/filmmaker, read Martin Scorsese & Mardik Martin’s screenplay for Mean Streets [pdf]. (NOTE: For educational and research purposes only). The DVD/Blu-ray of the film is available at Amazon and other online retailers. Absolutely our highest recommendation.

The film producer, Jonathan T. Taplin, sends Martin Scorsese a copy of their contract, signed by the director. In 1973 he produced Martin Scorsese’s first major feature film, Mean Streets which was selected for the Cannes Film Festival. 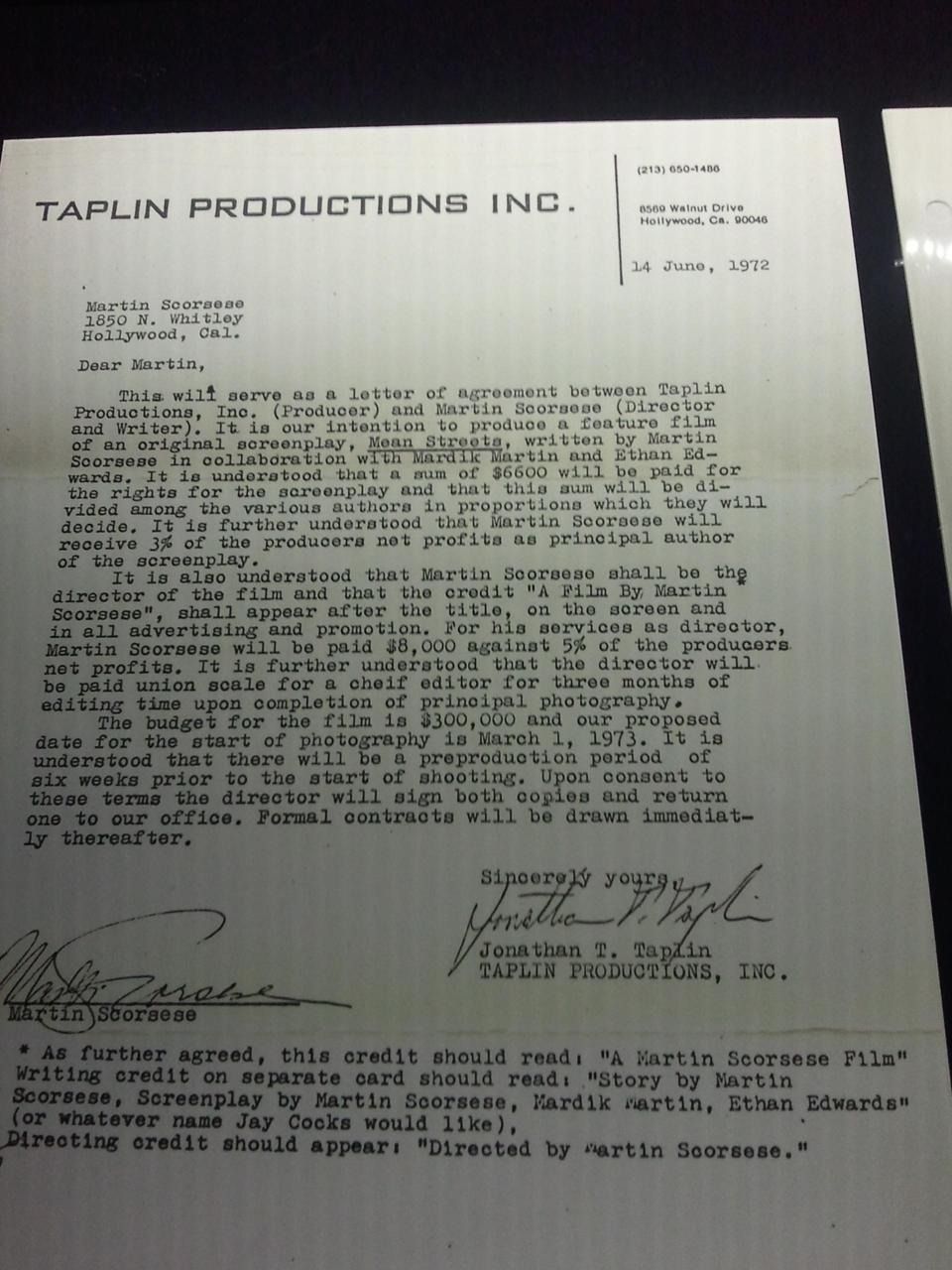 Director/co-writer Martin Scorsese and actress Amy Robinson talk about making one of Scorsese’s earliest films, Mean Streets. Both were recorded separately and their remarks were edited together for this non-screen-specific track. Actually, the piece skips through a few parts of the movie and doesn’t cover its entire 112-minute running time; the commentary fills 81 minutes and 31 seconds. Nonetheless, it’s a very good track. Unsurprisingly, Scorsese dominates with a broad and expansive discussion. He discusses the personal roots of the movie and gets into his initial interest in films as well as his early days as a director and how this led to Streets. Among other topics, Scorsese also chats about the characters and their connections to his real life as well as his use of music in the flick. Robinson pops up less frequently and covers fairly similar subjects like her casting, the dynamic film scene of the early Seventies, and working with the others. A lot of great information comes out through this informative and compelling piece. —Reviewed by Colin Jacobson

Listen to the audio interview with Martin Scorsese (MP3 format, approximately 90 minutes) conducted by Tony Macklin. The most revelatory thing about this interview was when Marty interpreted the end of Mean Streets. The Scorsese interview was in his apartment in the hills above Los Angeles. Published in the Spring 1975 issue of Film Heritage.

“Tonight we honor a cinematic giant,” said DGA President Taylor Hackford while introducing the event Martin Scorsese: the Impact of Mean Streets at the DGA Theater in midtown Manhattan on March 2, 2011. Hackford’s welcome was followed by a preview of upcoming 75th Anniversary events from DGA Sixth Vice President Vince Misiano who also spoke of how pleased he was to be a part of this evening because, “I’m a director with a lot to learn and Martin Scorsese is a gifted teacher.” Misiano also referenced the personal impact Scorsese’s films had on him with a nod to his own “‘Uncle Peanuts’ who got pulled in on the Lufthansa heist” featured in Scorsese’s Goodfellas. He then turned the proceedings over to the evening’s moderator, director Richard Linklater, one of the generation impassioned to take up the craft by Scorsese’s films. Linklater dubbed the semi-autobiographical Mean Streets “the patron saint of independent filmmaking,” adding, “It’s the kind of film that says, ‘Go do this.’” After the screening, he sat opposite Scorsese onstage and queried him on his influences. Vittorio De Sica’s The Bicycle Thief, said Scorsese, was one of many Italian films that incited him to mine the rich material in the Italian-American enclave where he grew up in New York. Robert De Niro’s Mean Streets character, Johnny Boy was fashioned on Scorsese’s uncle, Joe the Bug, and the movie’s violent ending stemmed from an actual neighborhood shooting. “It was that kind of world,” said Scorsese, “where anything could happen.” Mean Streets, noted Linklater, also stood out for its textural rock soundtrack, shadowy lighting, and innovative cinematography. The handheld camera moves, made possible with a state-of-the-art Aeroflex, explained Scorsese, imparted the film’s edgy, sensual look. “Key was the lightness of the equipment,” said Scorsese, noting that some current camera lenses “are bigger than all the equipment in Mean Streets.” The hardest part was shooting in his old stomping grounds, where, Scorsese confided, he had to ‘grease the wheels.’ He donated $300 to an Italian-American social club to film exteriors. He used the hallway of a tenement to stage a shoving match. Only the old building’s fuses kept blowing. So the takes went into the night, pissing off the residents, who started yelling in Italian. Scorsese recalled that the janitor hollered back, “Go to a hotel, the kids need to finish!” —Martin Scorsese on the Impact of Mean Streets by Ann Farmer

Click on image below for full video coverage of Q&A with Martin Scorsese on the impact of ‘Mean Streets’ (1:08:42). Martin Scorsese, received by an appreciative audience, spoke about the first premiere of Mean Streets at Lincoln Center in 1973. He mused about the vulgar language of his film and his mother’s reaction to seeing it for the first time at the festival—when someone asked what she thought, she responded ‘I just want you to know one thing, we never use that word in the house.’ Following the screening, Scorsese sat down for a Q&A and soon launched into a signature series of monologues that touched on inspirations behind the film, the process of making it and how it represented a pivotal moment in his life. Moderated by Film Society of Lincoln Center’s Associate Program Director Scott Foundas.

“After Mean Streets was released, I wrote a review saying that Scorsese had a chance to become the American Fellini in ten years or so. The next time we met after the review appeared, Marty looked serious and concerned: ‘Do you really think it’s going to take ten years?’” —Interview with Martin Scorsese by Roger Ebert, March 7, 1976 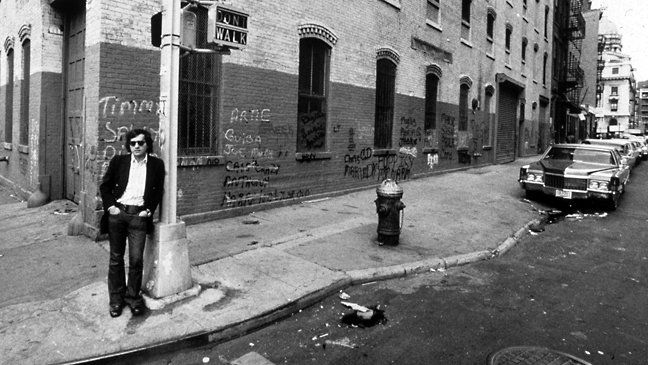 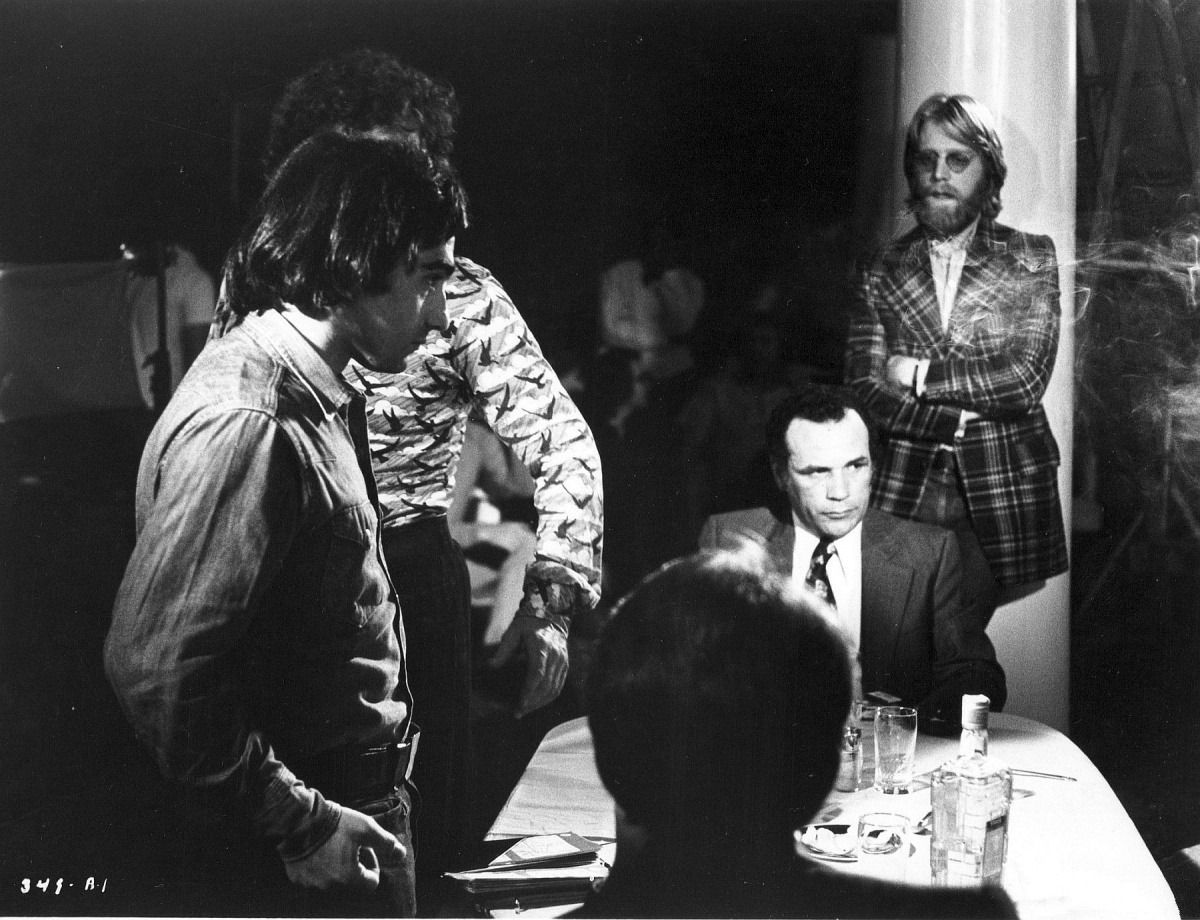 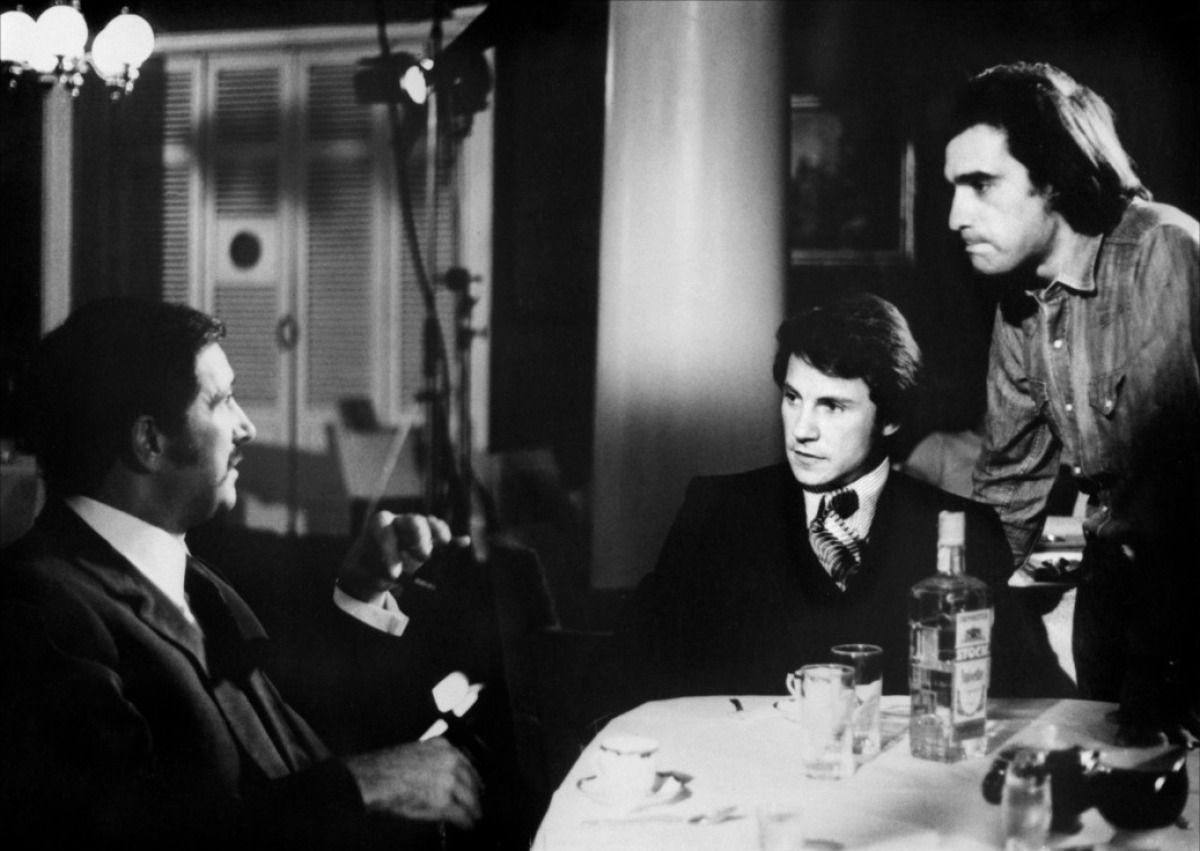 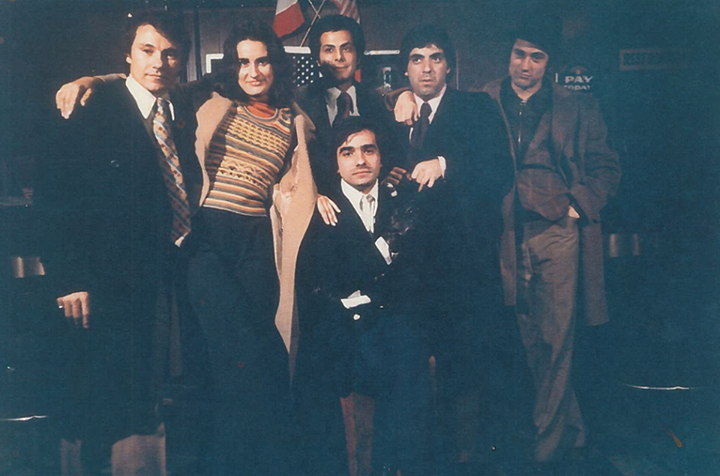 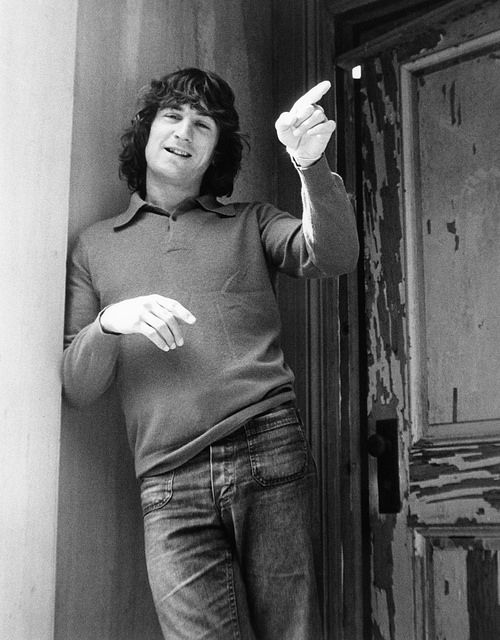 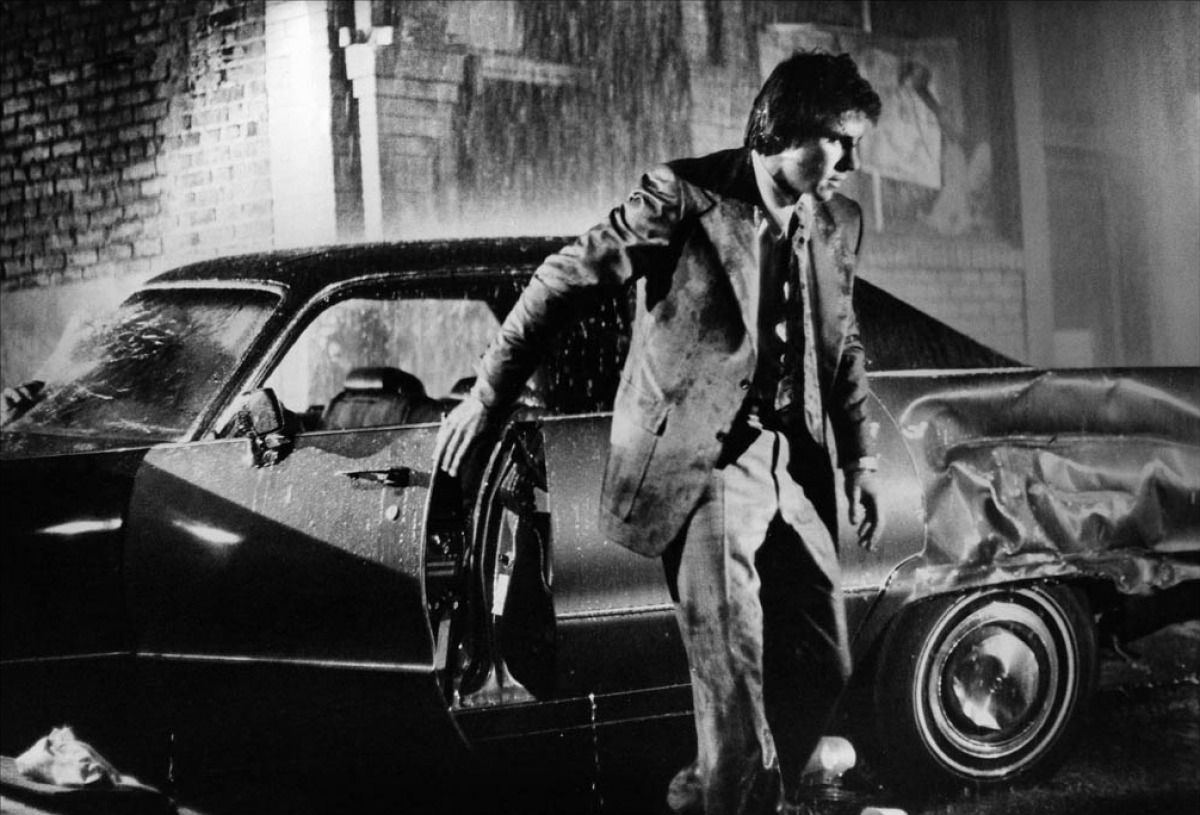 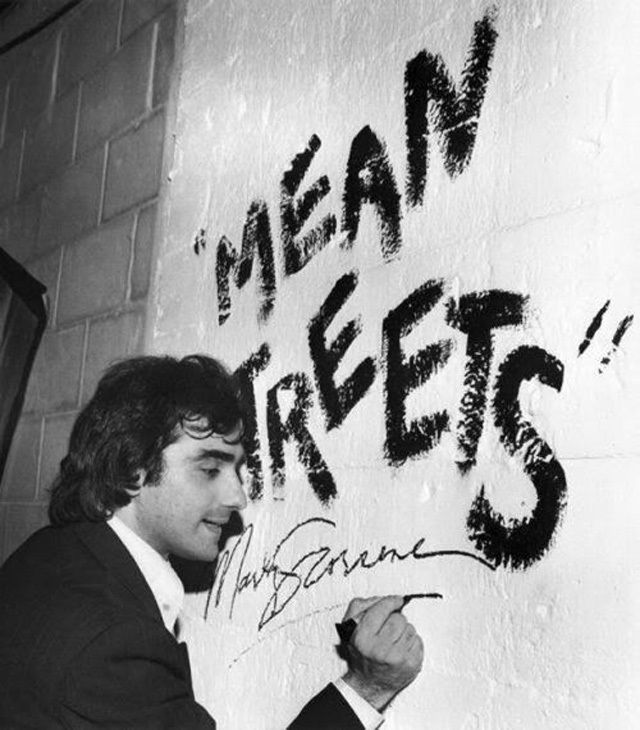 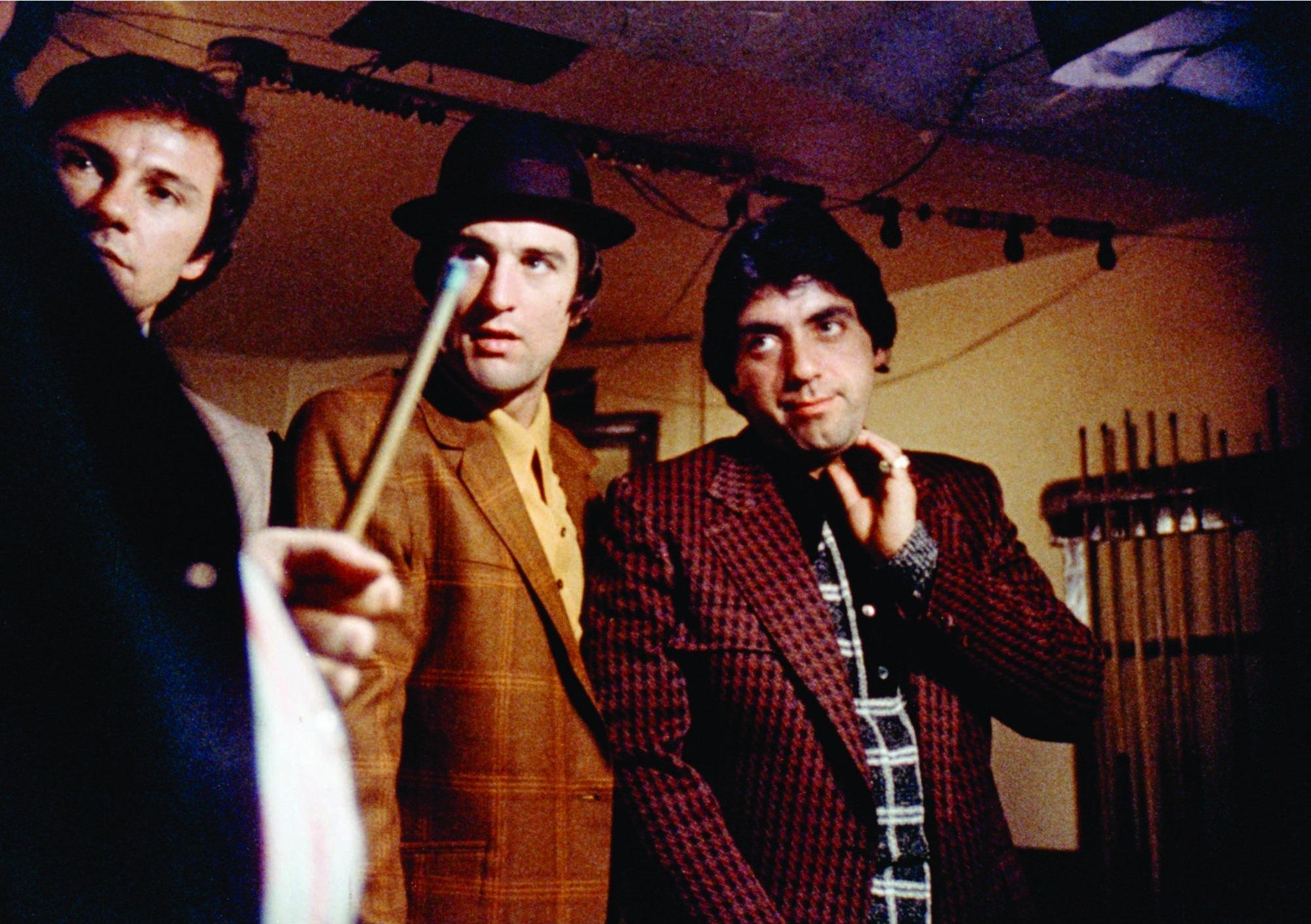 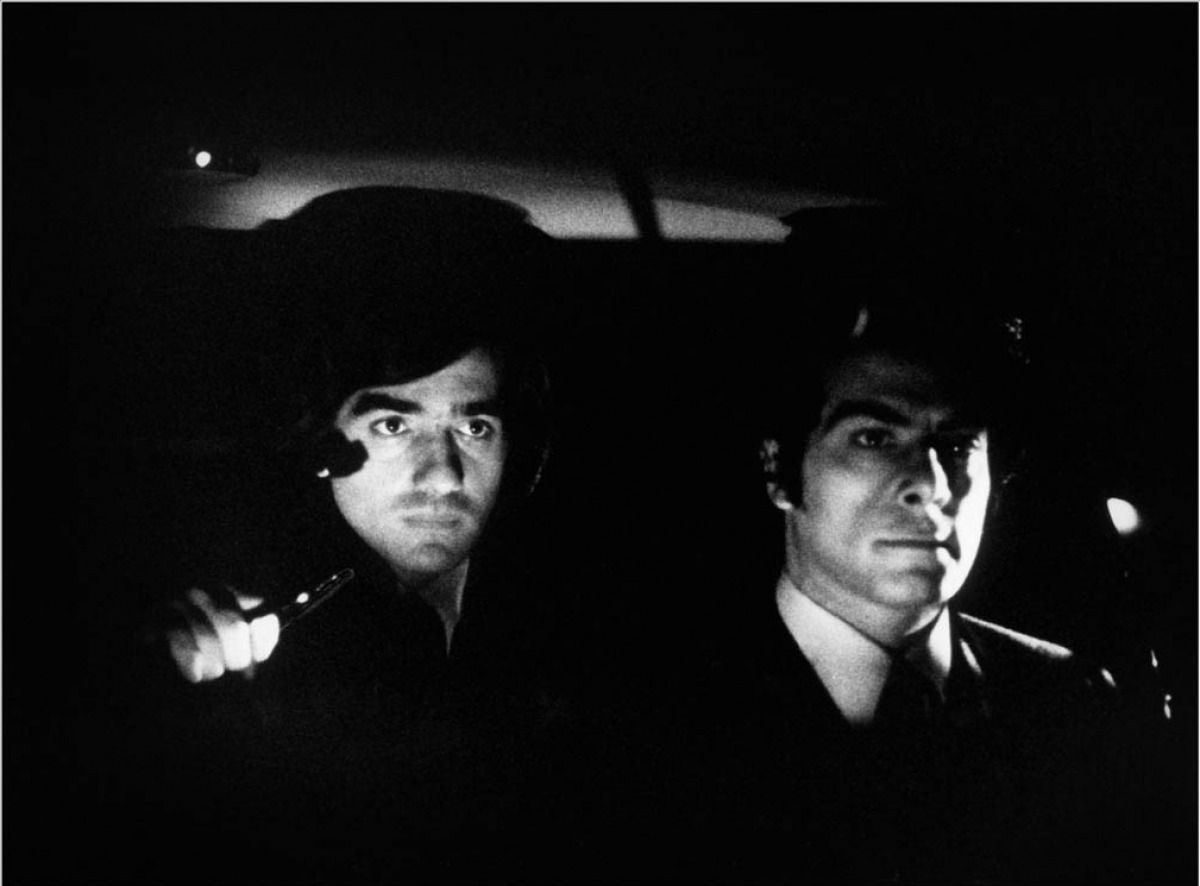 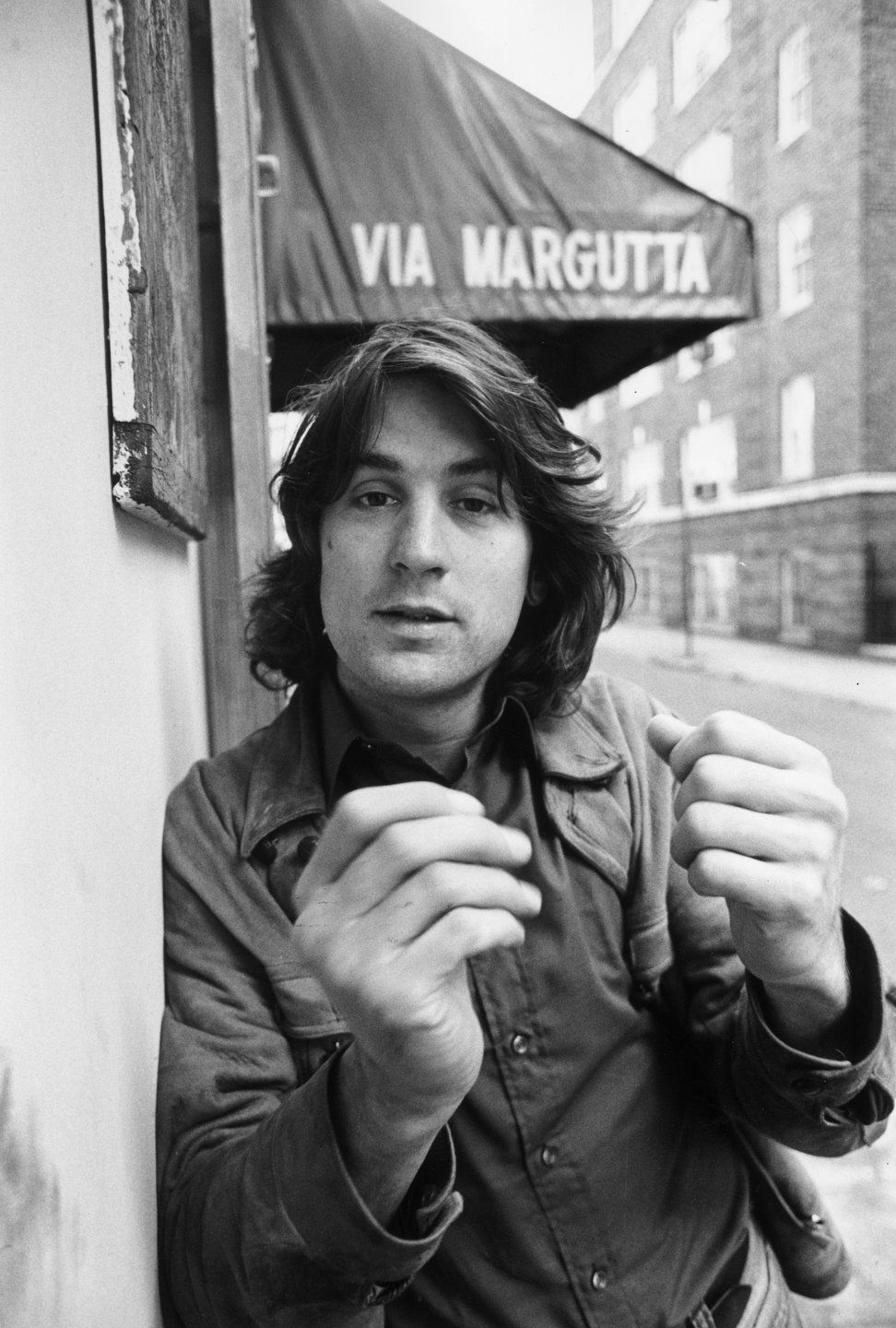 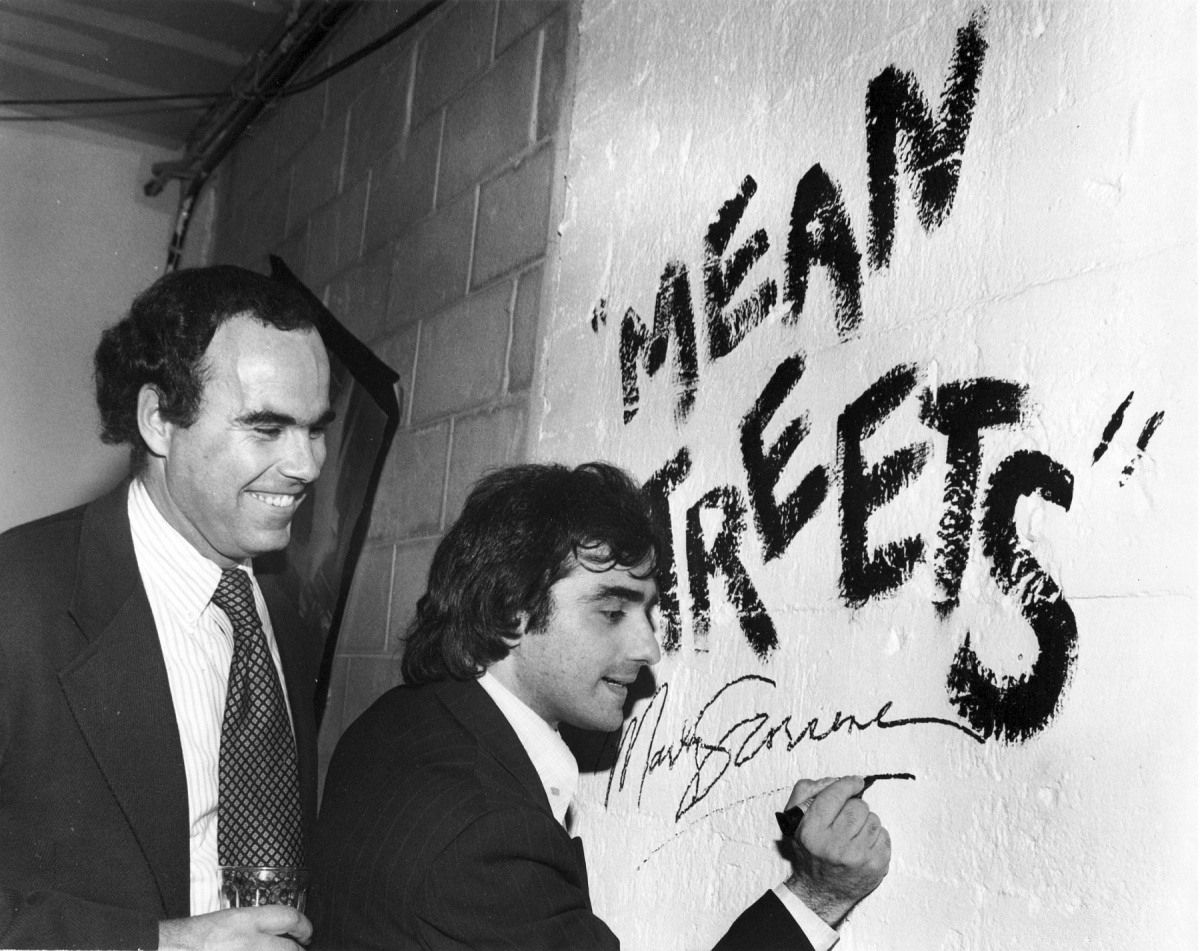 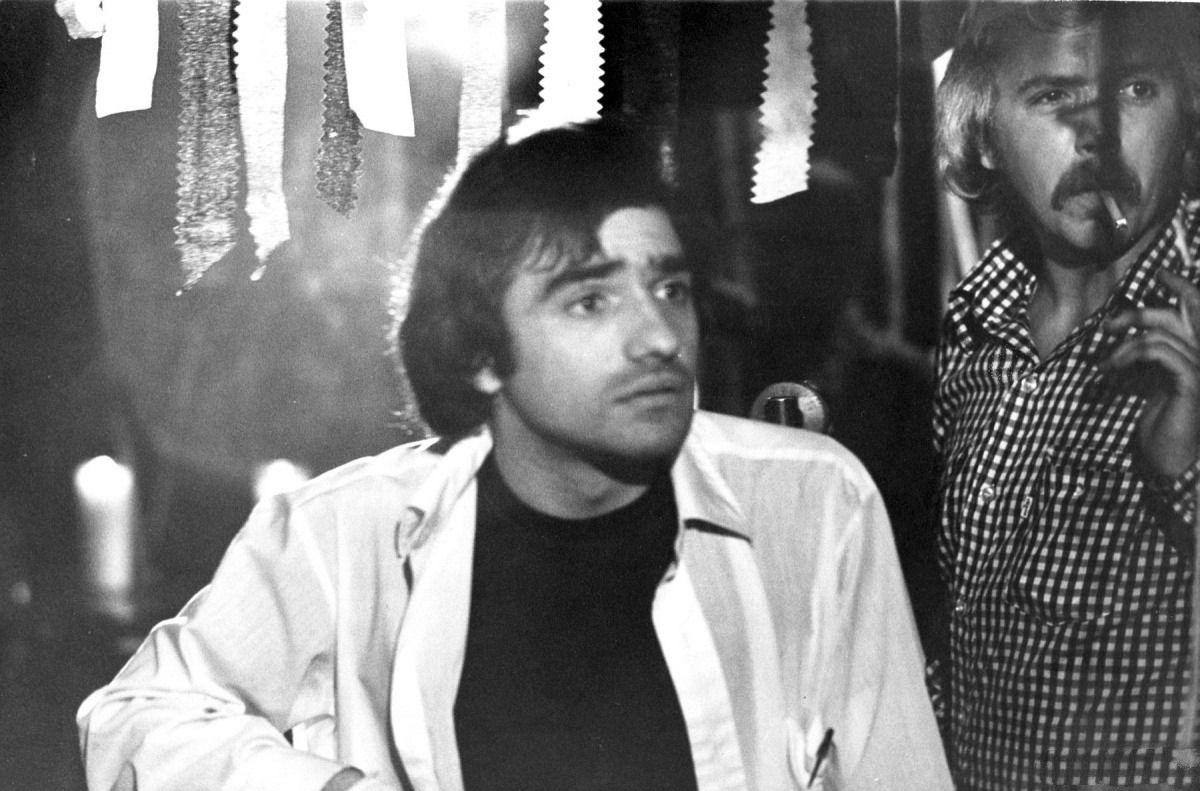 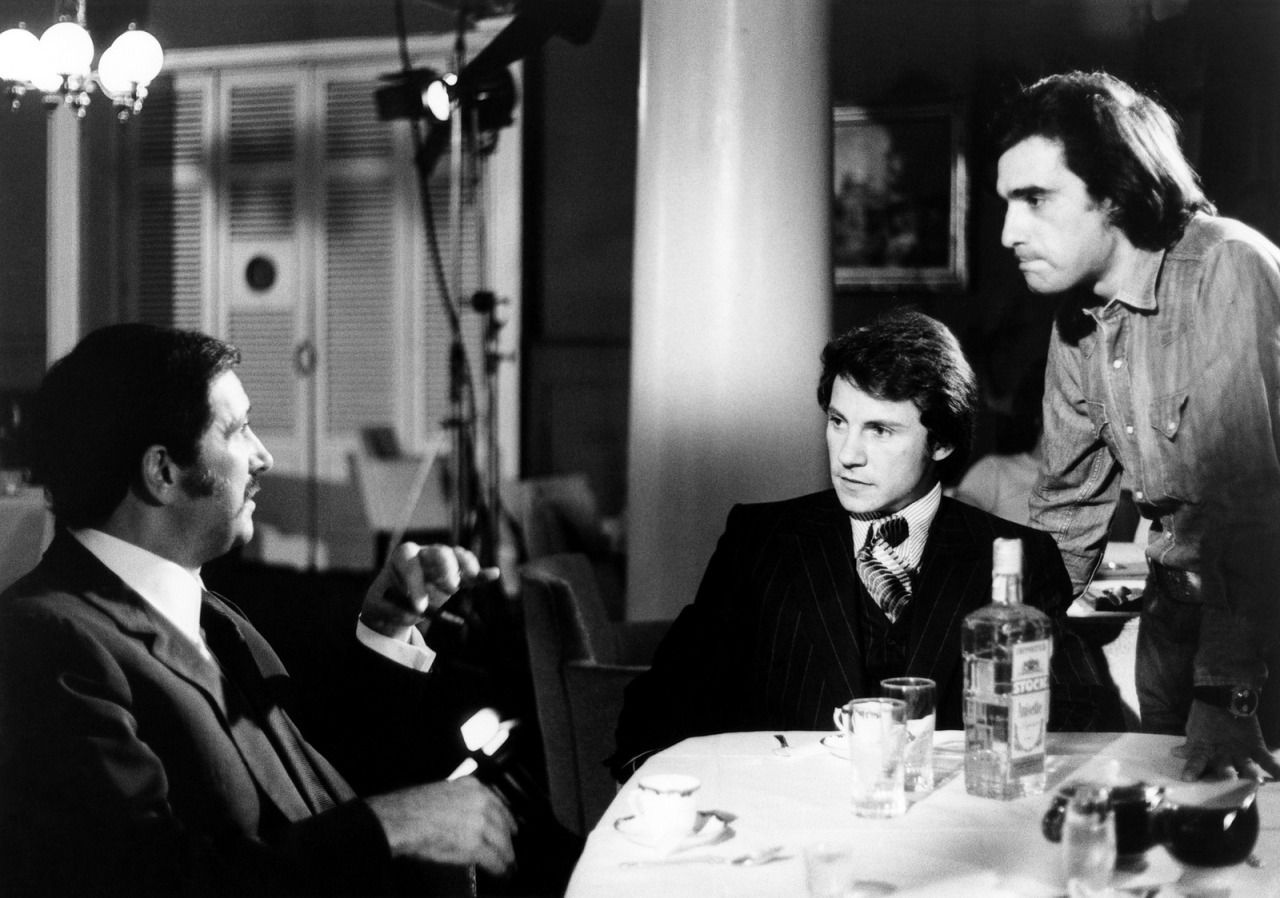 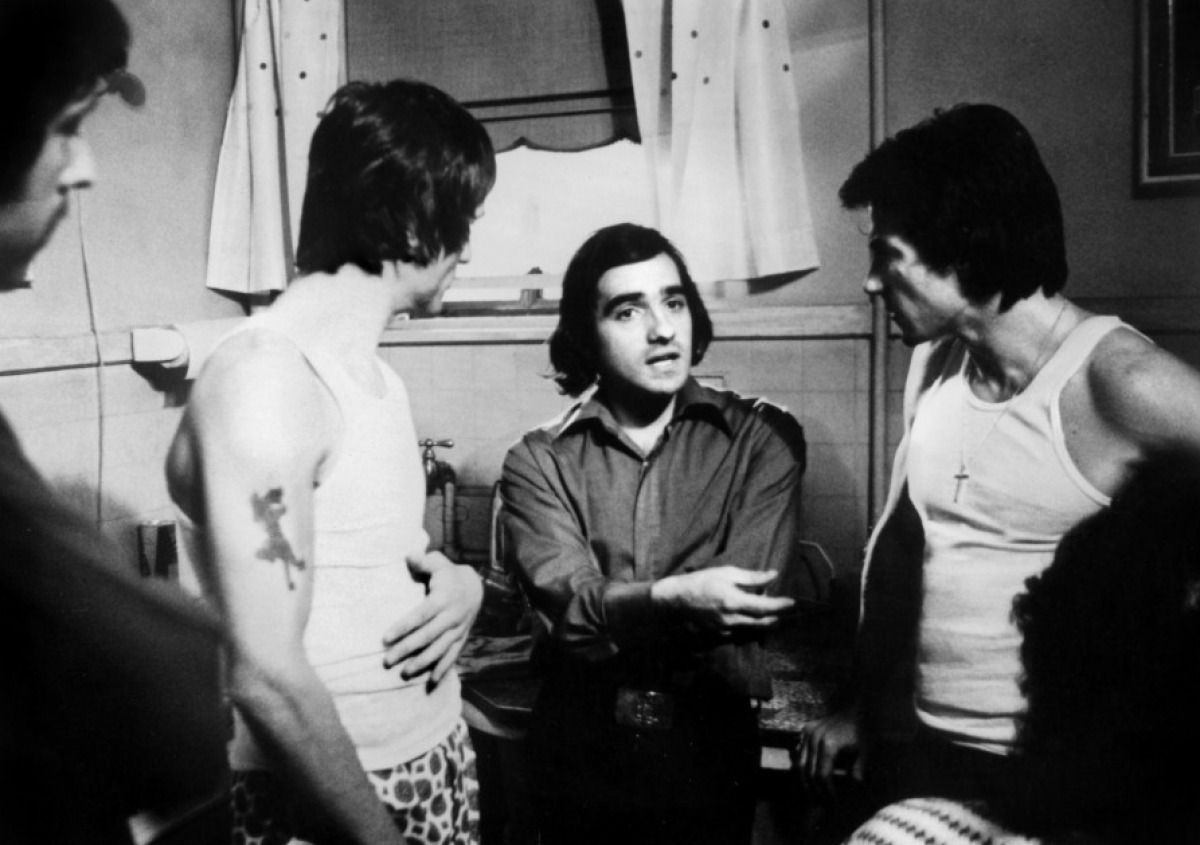 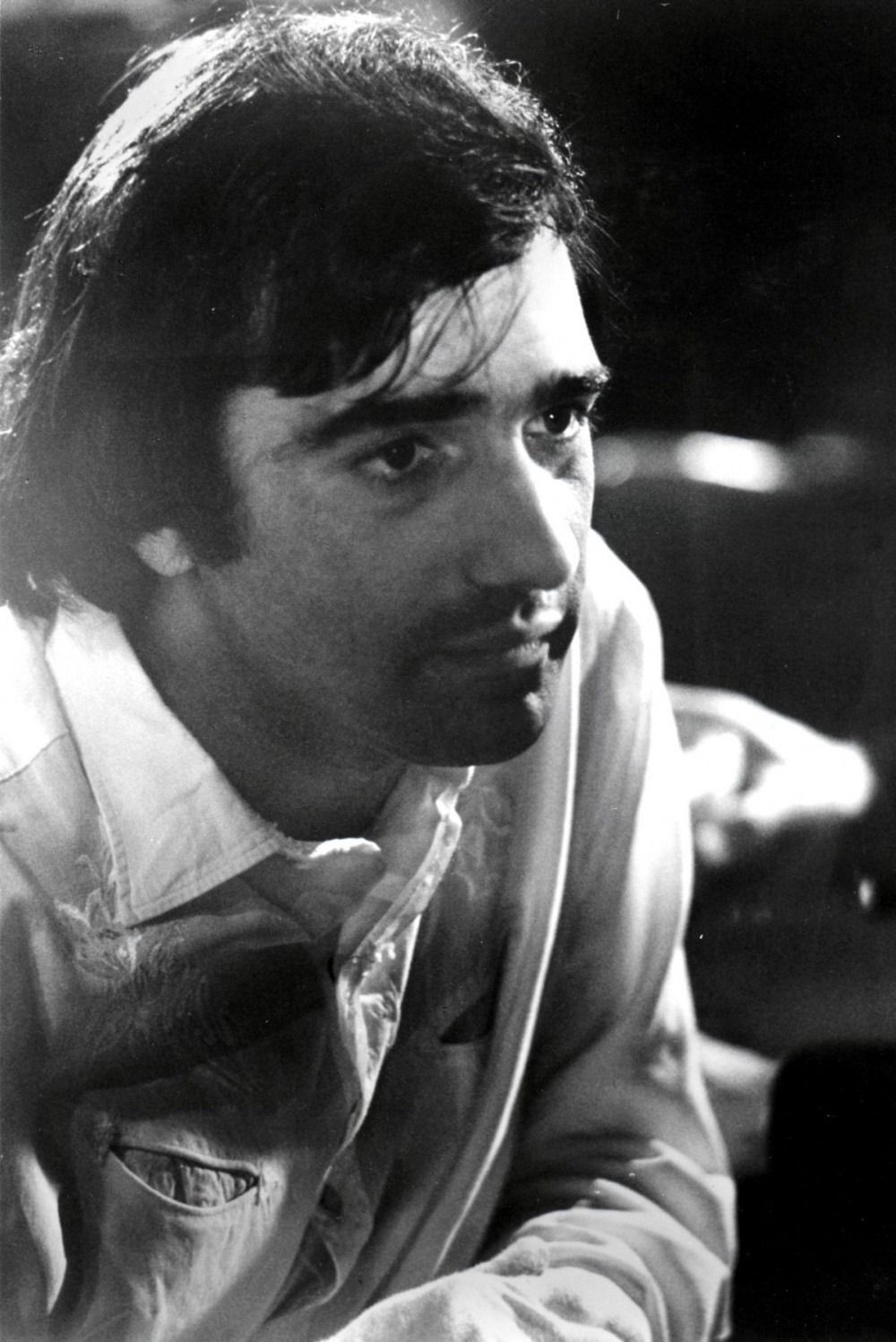 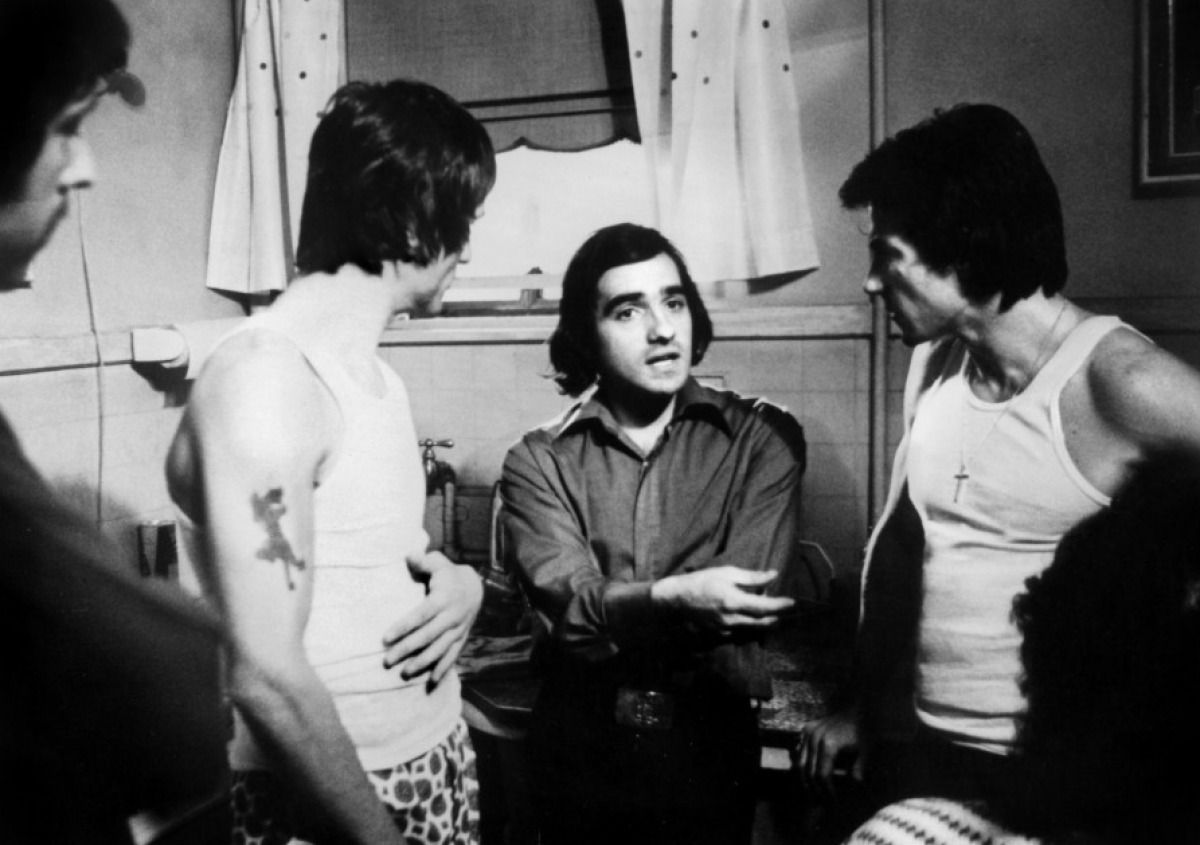