It took a gigantic amount of effort for Terrence Malick to finish Days of Heaven, a project he deeply wanted to do. A part of his crew gave up on the project, judging Malick for being too distant, unable to understand his vision and stubborn insistence on natural lighting that posed problems for their schedules. The film went considerably over its budget, prompting patient producer Bert Schneider to allegedly mortgage his own home to meet the film’s financial demands. Furthermore, cinematographer Nestor Almendros had to leave half-way through the process and a replacement had to be called, which immediately put the film’s visual consistency into question. Finally, after principal photography was finished, it took two years for Malick to wrap up the editing, even though he could count on the services of the great editor Billy Weber. But all the hard labor finally paid off, as Days of Heaven turned out to be one the most beautiful films ever to be featured on the silver screen, earning Malick the highest recognition in Cannes. Almendros caught Malick’s eye with his work on The Wild Child, and the two of them created a unique albeit extremely demanding visual identity of the project, drawing inspiration from painters like Vermeer, Andrew Wyeth and Edward Hopper, hoping to mimic the style of photographers from the beginning of the 20th century.

Almendros’ replacement Haskell Wexler continued his predecessor’s work, himself being a highly respected cinematographer, while Patricia Norris did a marvellous job with her period costumes designs. The decision to shoot most of the film immediately after sunset, while the night is still too young to be dark, gave the story an almost magical touch. Days of Heaven is fascinating because it tells its story mostly through images, although it would be unfair to discredit Malick’s subtle, somewhat elliptic screenplay’s ability to mesmerize the viewers. But relying on visuality enabled Malick to somehow intensify the experience, by using the beauty and fierce intimidation of nature he succeeded in telling so much with actually saying very little, and the way he gave significance to the charm of desolate Texas prairie is a text-book example of making the most of a story’s geographical setting. Days of Heaven is an essay on loneliness, a melancholy poem on loss and love, a daring experiment in storytelling and nothing less than a powerful declaration of devotion to art itself.

A monumentally important screenplay. Screenwriter must-read: Terrence Malick’s screenplay for Days of Heaven [PDF]. (NOTE: For educational and research purposes only). The DVD/Blu-ray of the film is available from the Criterion Collection. Absolutely our highest recommendation.

The following video is an excerpt from an interview with John Bailey, a camera operator for Days of Heaven, who reveals Malick’s use of natural light and little artificial light to create the look of the film. It is well-known that Malick made great use of the “magic hour,” however the details that Bailey provides are eye-opening. “The look of the film (the emphasis on fading light) came from Malick, and it is perfectly integrated with the work’s ‘content.’ This is what makes these various shots more than just ‘pretty’ images.” —Shooting Days of Heaven with Terrence Malick 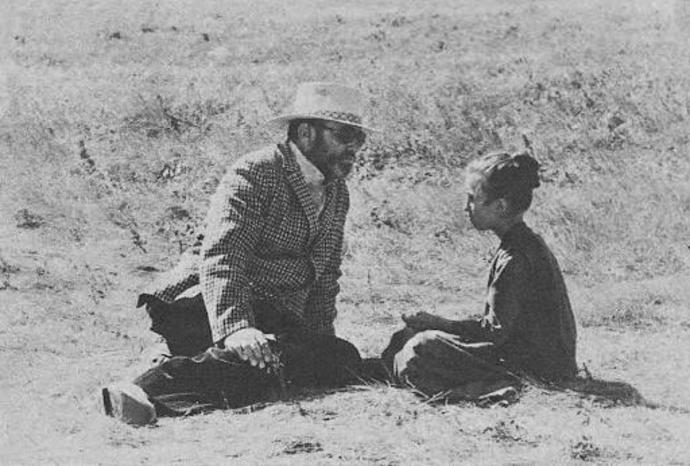 “A wonderful Q&A session after the screening of Days of Heaven at Ebertfest 2013 with Haskell Wexler and Matt Zoller Seitz follows to provide an awesome overview of the work behind the film. Wexler took over director of photography duties for Nestor Almendros, who won the Best Cinematography Oscar with the film, for the last three weeks of shooting due to Almendros’ commitment to François Truffaut for The Man Who Loved Women. He was informed to continue the method of using only available light and not using diffusion in order to maintain the imagery established by Terrence Malick. Although the final cut of Days of Heaven contained much of Wexler’s work, the cinematographer affirms that his touch on the film was a continuation of what had already been accomplished. When watching the film, it is amazing to see how it flows seamlessly without the exchange of roles affecting the visual storytelling, and when watching this Q&A, it is amazing how much we get to learn about Days of Heaven and Terrence Malick.” —Edwin Adrian Nieves 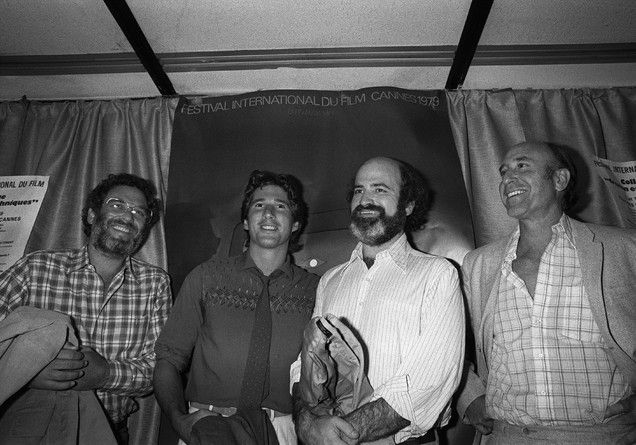 30-minute interview with Haskell Wexler, ASC on the film Days of Heaven.

Sam Shepard talks about working with Malick on Days of Heaven. Bottle this wisdom. 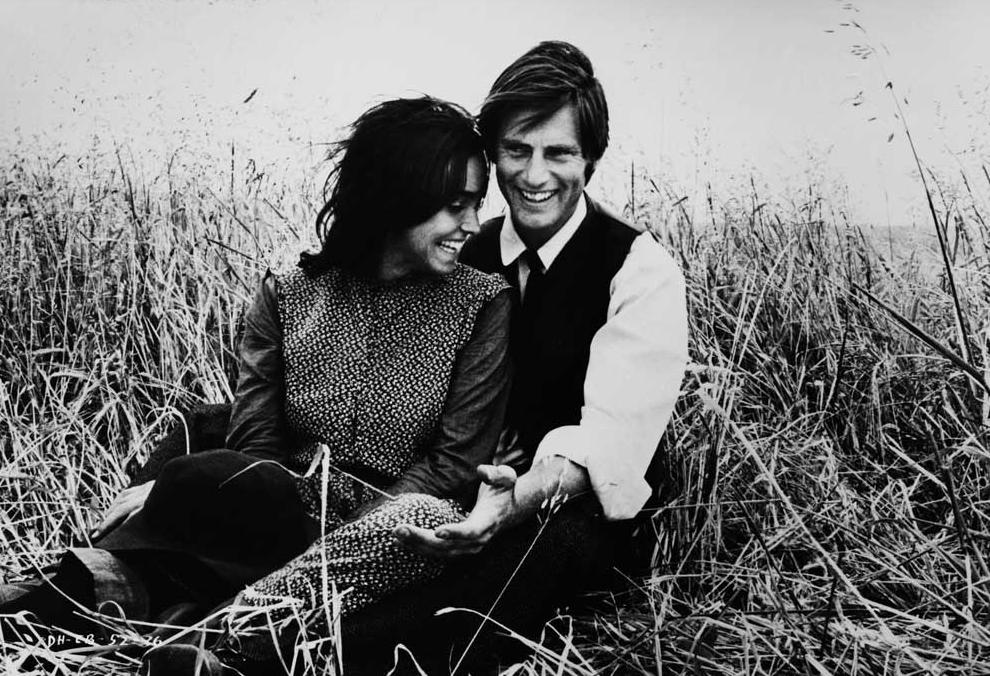 In May 1979, Terrence Malick candidly explained the origin of his ideas for Days of Heaven and how he went about making it happen. This interview was originally published in French and is sourced from the book Quinze Hommes Splendides by Yvonne Baby. 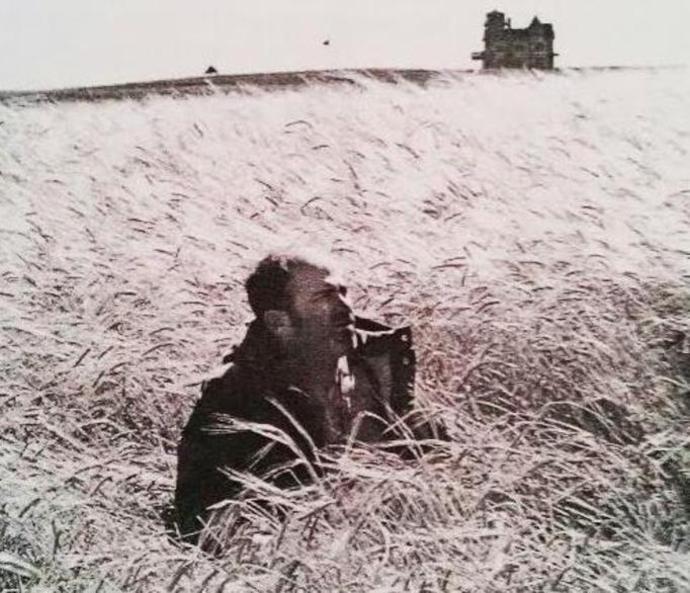 “In the filmmaking process, the communication between a director and a cameraman is often ambiguous and confused because the majority of directors don’t understand the technical details required in cinematography. With Terry, there was never any miscommunication. He always understood exactly my cinematographic preferences and explanations. And not only did he allow me to do what I had always wanted to do which was to use less artificial light in a period movie than is conventionally used (many times I used none at all)—but he actually pushed me in that direction. Such creative support was personally exciting and directly enhanced the work I was doing.” —Photographing Days of Heaven by Nestor Almendros 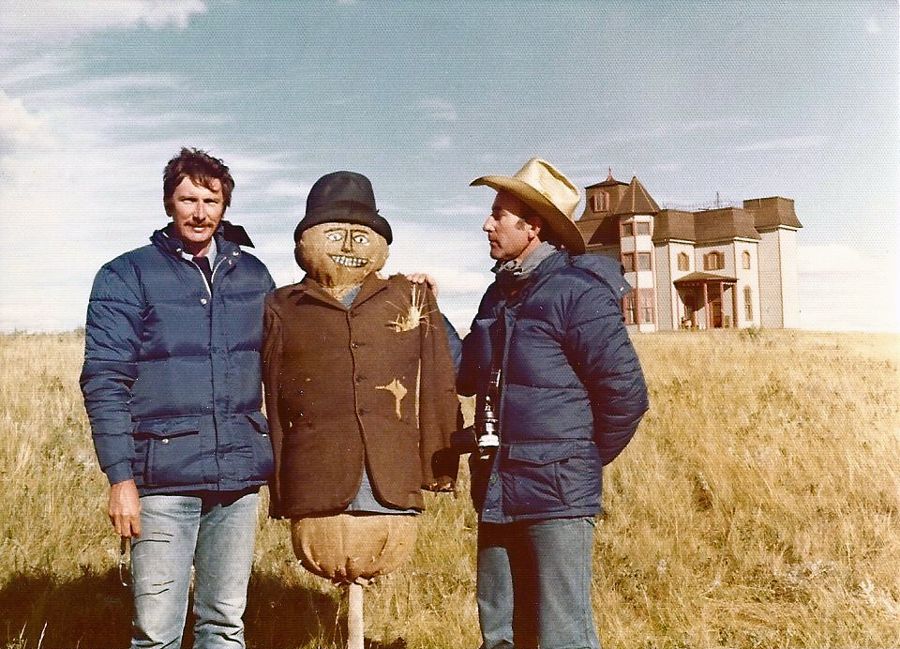 An ongoing film journal by filmmaker Cameron Beyl, ‘Crimes of Passion,’ is the first chapter of The Directors Series’ examination into the films and career of director Terrence Malick, covering his pair of early mythic works: Badlands (1976) and Days of Heaven (1978).