Tony Curtis had to fight really hard to get the role of Falco in Alexander Mackendrick’s Sweet Smell of Success. It’s not like he had a lot of competition: he was seen as the ideal choice for the self-loathing press agent doing the dirty work for an influential columnist from the very start. The problem was that Universal Studios didn’t want to lose its star, an actor the audiences have known and loved from costume adventure epics. Sweet Smell of Success is a far more serious film—an urban drama, with unscrupulous, deeply ambitious characters scheming to make a living in the unforgiving world of showbusiness. What Universal feared ultimately came true: Curtis was sensational in Mackendrick’s film, forever shattering the image Universal so pedantically polished over the years. Paired on screen with the domineering presence of Burt Lancaster and an impressive role from Susan Harrison, Curtis brought Ernest Lehman’s novelette to life with dazzling fortitude.

Legendary cinematographer James Wong Howe shot stunning scenes in the black and white streets of Manhattan, and the marvelous imagery is accompanied by Elmer Bernstein’s jazzy musical score. Lehman’s work on the script was further enhanced by hiring the experienced playwright Clifford Odets. The screenplay is smart, retaining the talkative, dialogue-ridden essence of the original story, but making it more dramatic and certainly more cinematic. As it often happens with films we today consider to be the best representatives of this art in general, Sweet Smell of Success experienced hardly any success upon its release, but today holds its rightful place on hundreds of best-of lists around the world. Sweet Smell of Success, there’s hardly any doubt about it, is the most accomplished film in Mackendrick’s whole career. Even more importantly, the film is a testament to the filmmaker’s ability to hold a picture together in spite of all the problems that haunted the set. Initial skepticism and weak box office numbers aside, Sweet Smell of Success remains a film that hasn’t aged a single day in half a century that passed from its premiere.

A monumentally important screenplay. Dear every screenwriter/filmmaker, read Clifford Odets & Ernest Lehman’s screenplay for Sweet Smell of Success [PDF]. (NOTE: For educational and research purposes only). The DVD/Blu-ray of the film is available from the Criterion Collection in new digital restoration from the original 35 mm camera negative, with uncompressed monaural soundtrack on the Blu-ray edition. Absolutely our highest recommendation.

“United Artists, in the person of independent producers Hecht-Hill-Lancaster, called on Lehman in 1956 to write the film version of Sweet Smell of Success, based on his previously published novelette. After writing several drafts of the screenplay, and just before principal photogaphy was to begin in New York with director Alexander Mackendrick, Lehman left the project because of illness, and Clifford Odets was called in to do the final draft. Odets and Lehman shared screen credit for what is now regarded as a film classic.” —The Ernest Lehman Collection

“It was a dangerous movie. And a brilliant one. When Sweet Smell of Success opened on June 27, 1957, however, it was a flop. But Lehman’s biting tale of a Walter Winchell–like gossip columnist, J. J. Hunsecker, played by Burt Lancaster, and a terminally hungry press agent—Tony Curtis, in a stunning breakthrough role as Sidney Falco—has echoed down the decades and is being adapted for Broadway by John Guare and Marvin Hamlisch. From interviews with Lehman, Curtis, and producer James Hill, the author reconstructs the appropriately dark and vicious birth of a masterpiece of New York noir.” —A Movie Marked Danger

Here, he is interviewed by Tony Curtis in 1997.


“How to write great dialogue like this scene? Well you cannot. It’s too perfect. This sequence might be the greatest in it’s genre, writers Clifford Odets and Ernest Lehman somehow manage to establish plot, characters, mood, subtext with five people talking amongst themselves… and Burt Lancaster in full cry. Alexander Mackendrick uses the camera in one deft move to climax this great scene.” —Daniel j. Harris

This great documentary on Alexander Mackendrick finally reaches the point where he makes that landmark in American cinema, Sweet Smell of Success. He, Burt Lancaster and producer James Hill frankly discuss the making of a film which is now regarded as a masterpiece but which at the time was a flop, and also reveal the cracks that were beginning to show in Sandy’s relationship with the film business.

A Scottish Television documentary from 1986 about Alexander (Sandy) Mackendrick, the director of such brilliant Ealing films as The Man in the White Suit, The Ladykillers and Whisky Galore, who then went to the United States and made the masterpiece Sweet Smell of Success. However, he became “the man who walked away” of the title: his disillusionment with Hollywood after a number of bad experiences led him to leave the film business and accept a post as Dean of the Film School at California Institute of the Arts—Cal Arts. He had never quite got used to the life of a freelance director, outside the factory system of the studio, which had suited him better.

“Mackendrick’s wisdom and insights were invaluable to his students, one of whom was James Mangold (director of Copland, Girl Interrupted, Walk The Line, 3.10 to Yuma). Featuring interviews with Burt Lancaster, James Coburn and Gordon Jackson amongst many others, as well as extensive access to Mackendrick himself, this is a gem: anyone with an interest in this fine director deserves to see it.” —robinofgray

After success in England, Alexander Mackendrick came to America and directed Sweet Smell of Success, one of Hollywood’s darkest and most iconic films. But after his career stalled, he may have been most influential as a professor at CalArts for two decades. —Unsentimental Education 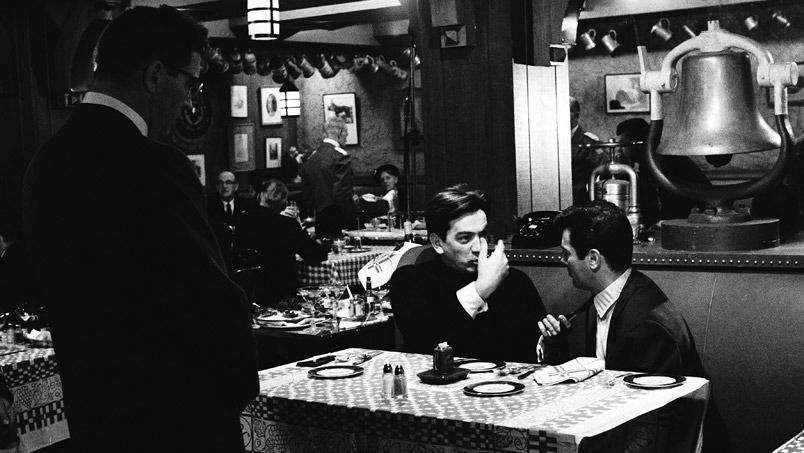 Mackendrick on Film (2004) is an educational project constructed around the film teachings of legendary pedagogue Alexander Mackendrick. Taking as its starting point Mackendrick’s body of written work contained in his book On Film-Making: An Introduction to the Craft of the Director, a 300-page collection of writings and sketches, edited by Paul Cronin with a foreword by Martin Scorsese, Mackendrick on Film is a structured illustrated lecture that features never-before-seen footage of Mackendrick at work in the classrooms and studios of the California Institute of the Arts, new interviews with former students and colleagues, extracts from archived interviews with Mackendrick about his career as a teacher of cinema, rare photos, and a selection of his student handouts, storyboards and sketches.

Film writing and directing cannot be taught, only learned, and each man or woman has to learn it through his or her own system of self-education. One of the dilemmas is that many students—not all—feel that there is some secret set of rules to follow, and if you follow them you get it right, and they get angry with you because you won’t give them the rules. Well, there are no rules. There never were and there never will be, because each circumstance is different and each director works entirely differently. —Alexander Mackendrick: A Director Prepares

Here are several photos taken behind-the-scenes during production of Sweet Smell of Success, courtesy of Mackendrick estate © Norma Productions, Curtleigh Productions, Hill-Hecht-Lancaster Productions, United Artists. Intended for editorial use only. All material for educational and noncommercial purposes only. 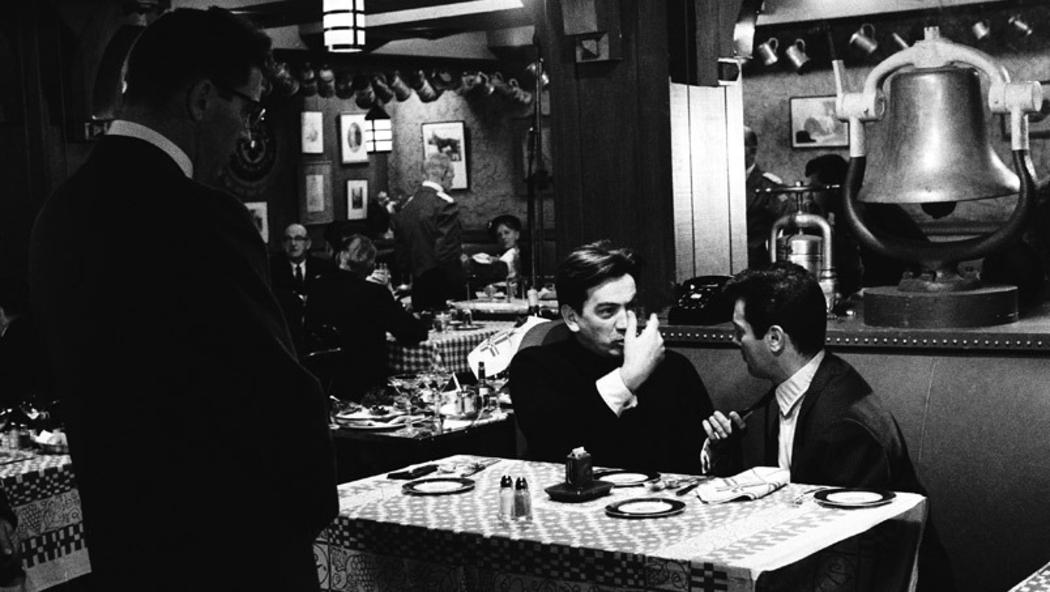 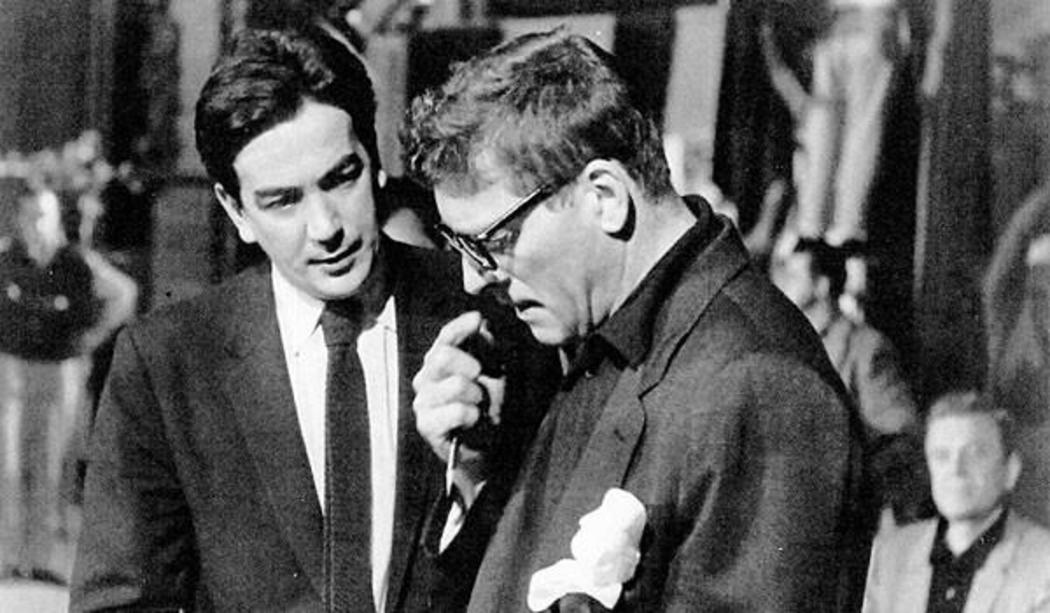 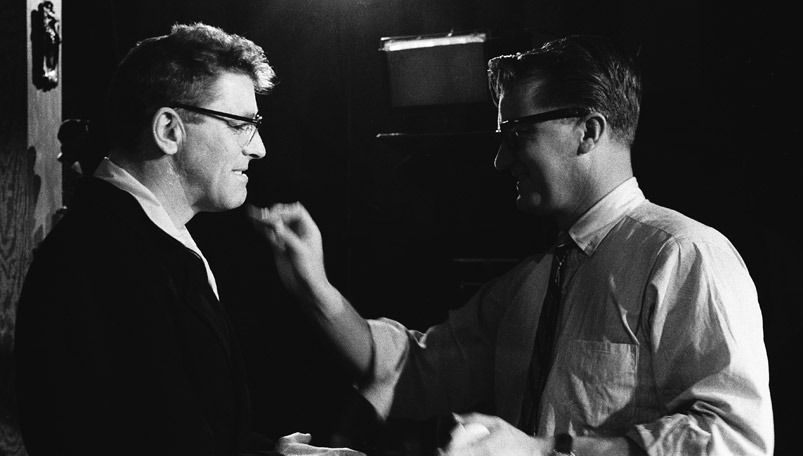 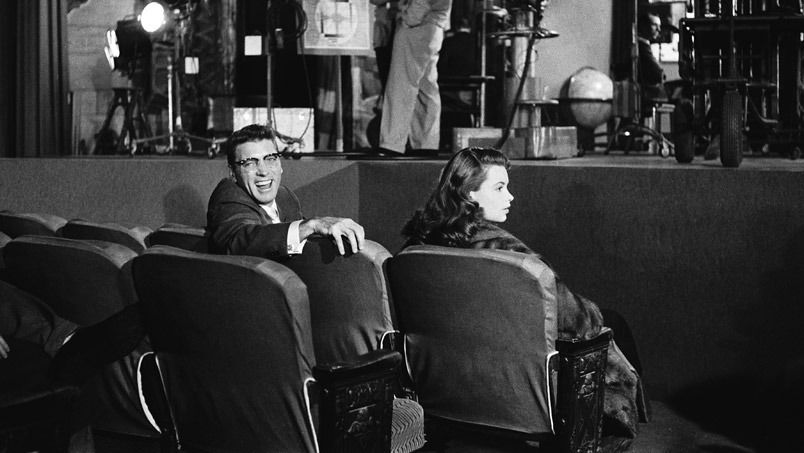 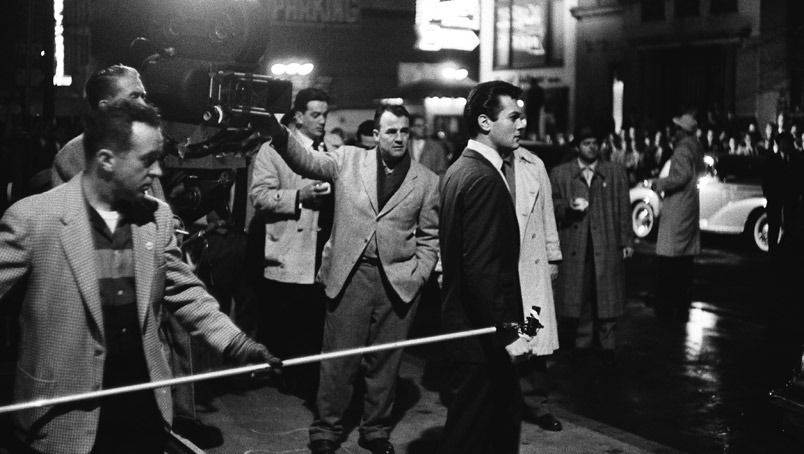 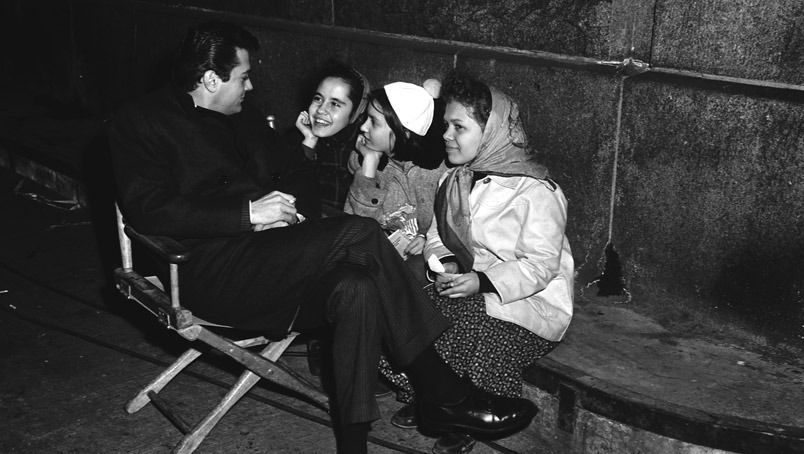 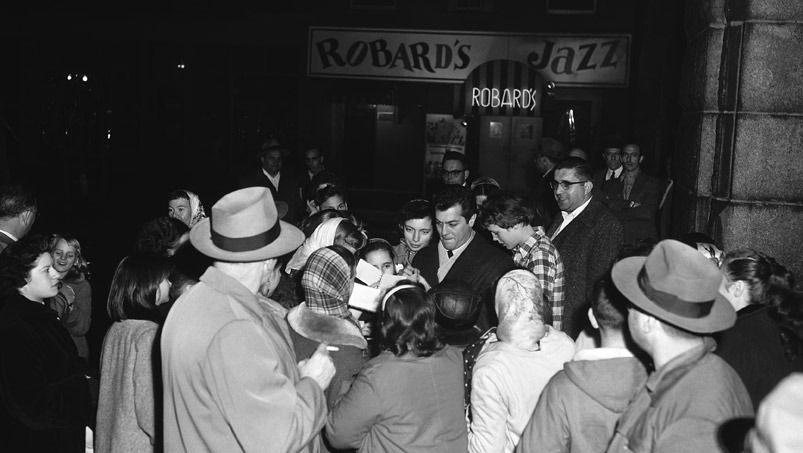 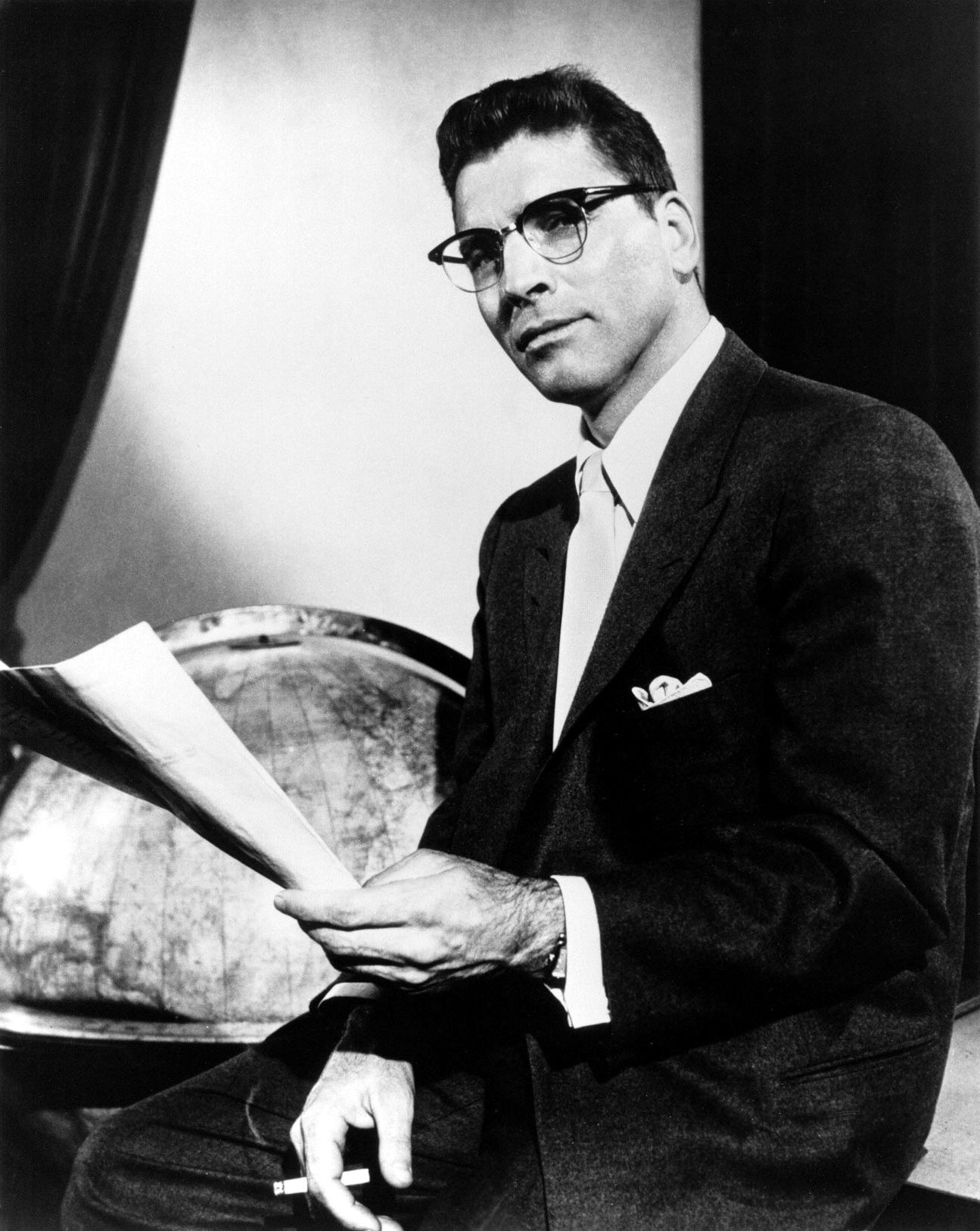 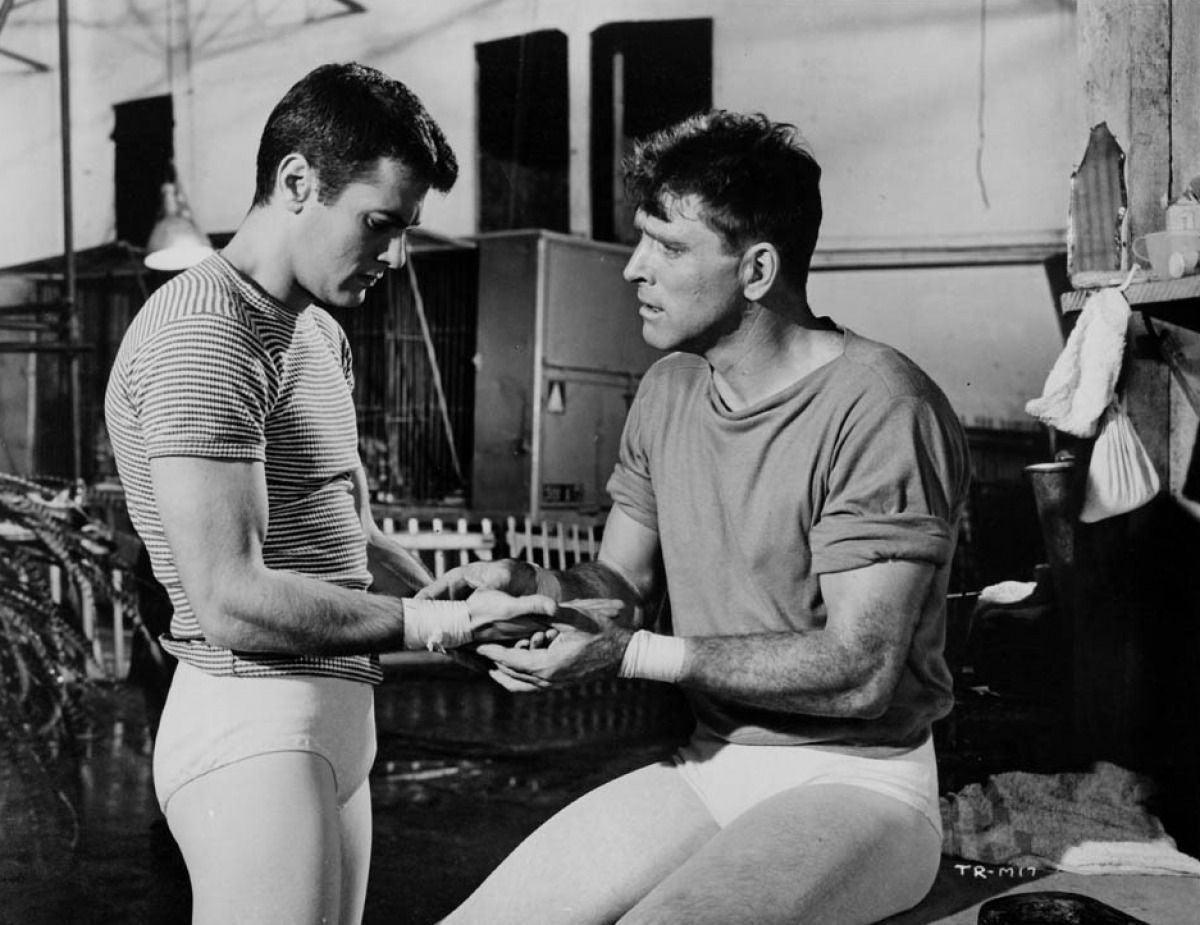 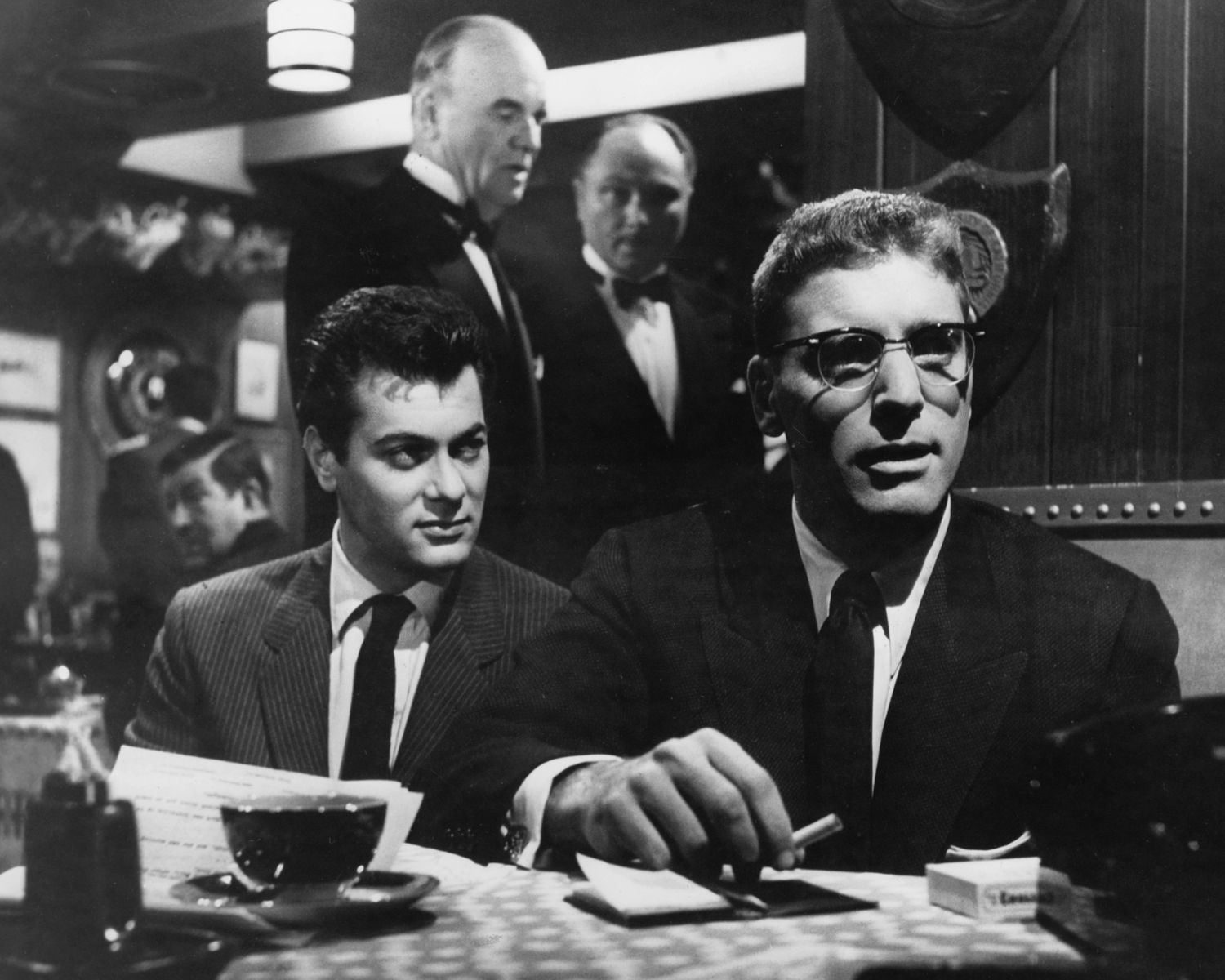 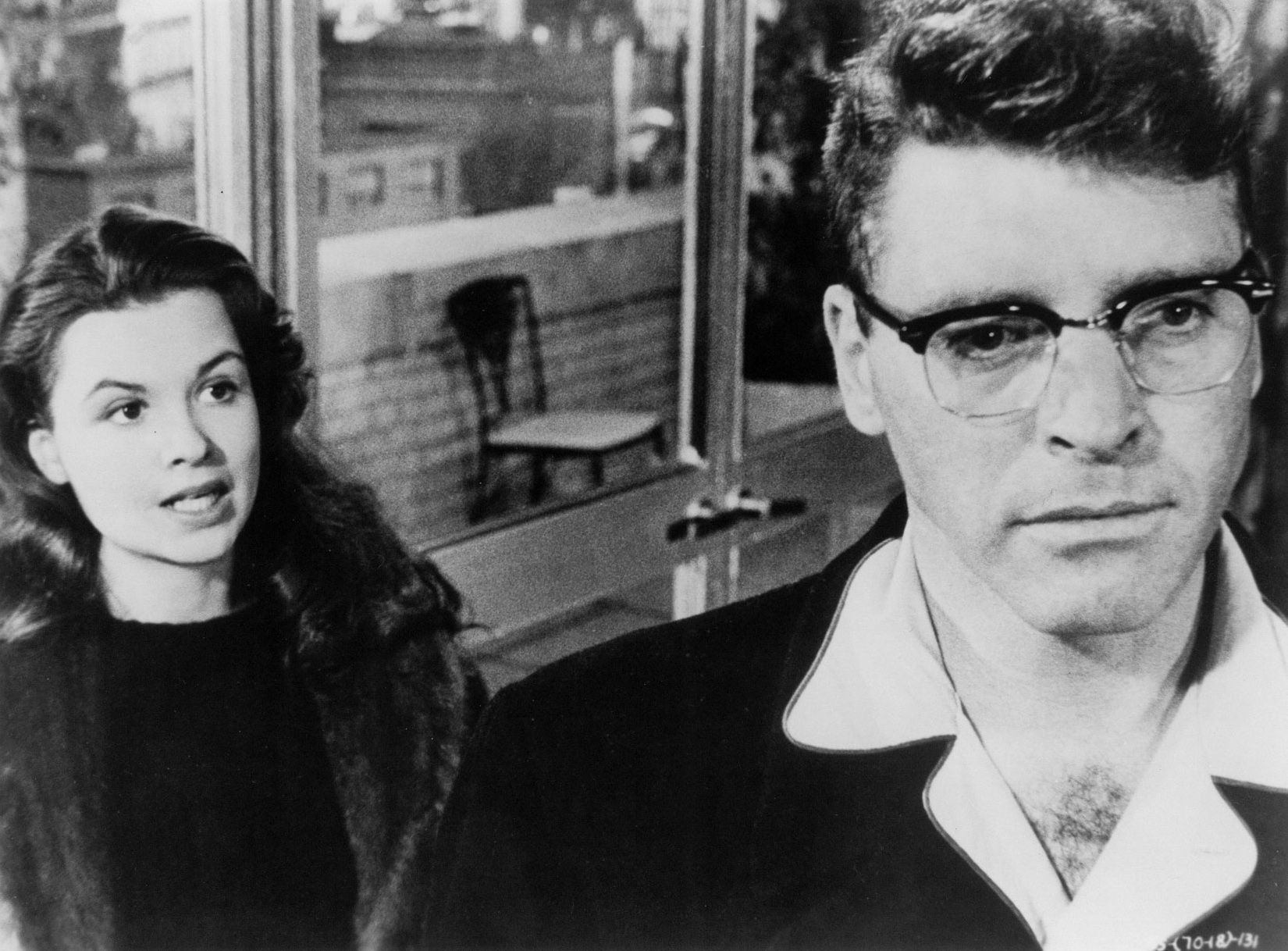 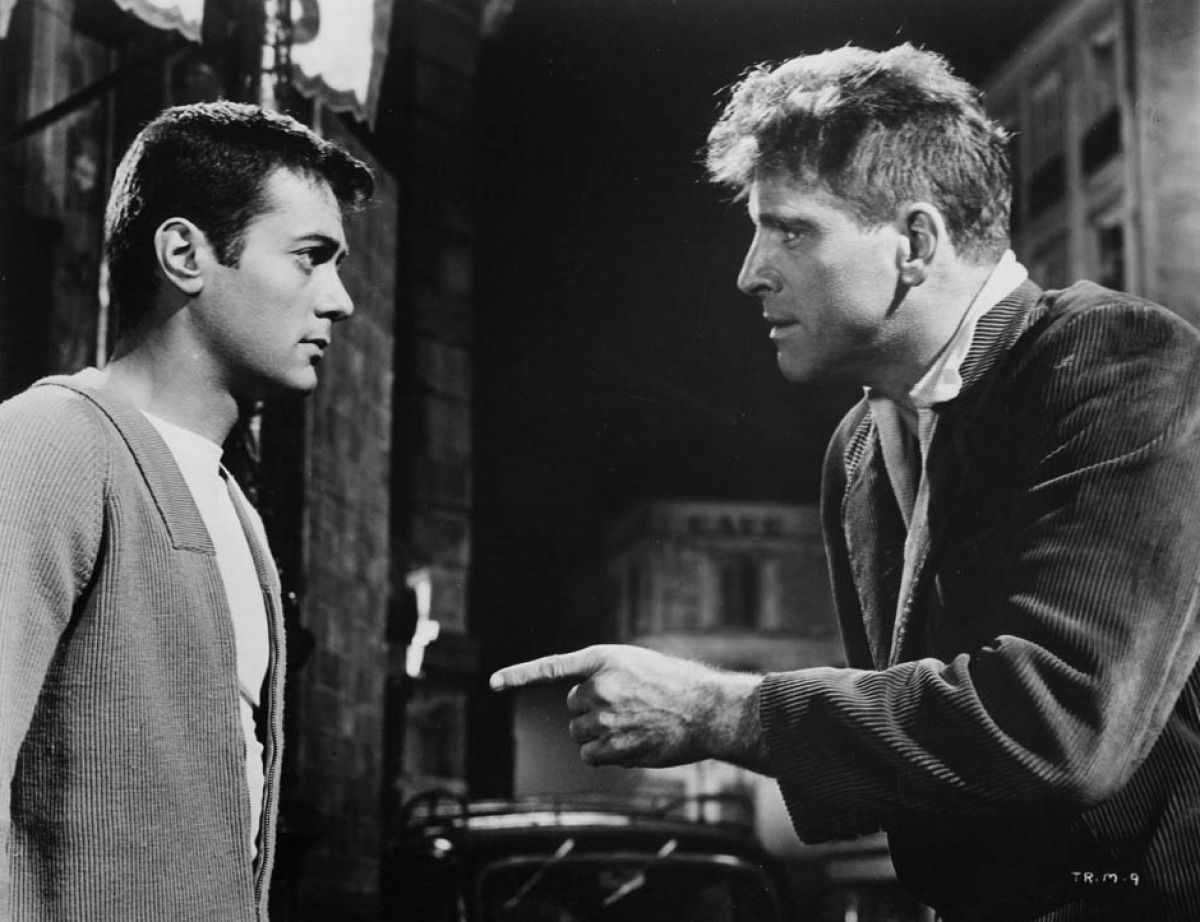 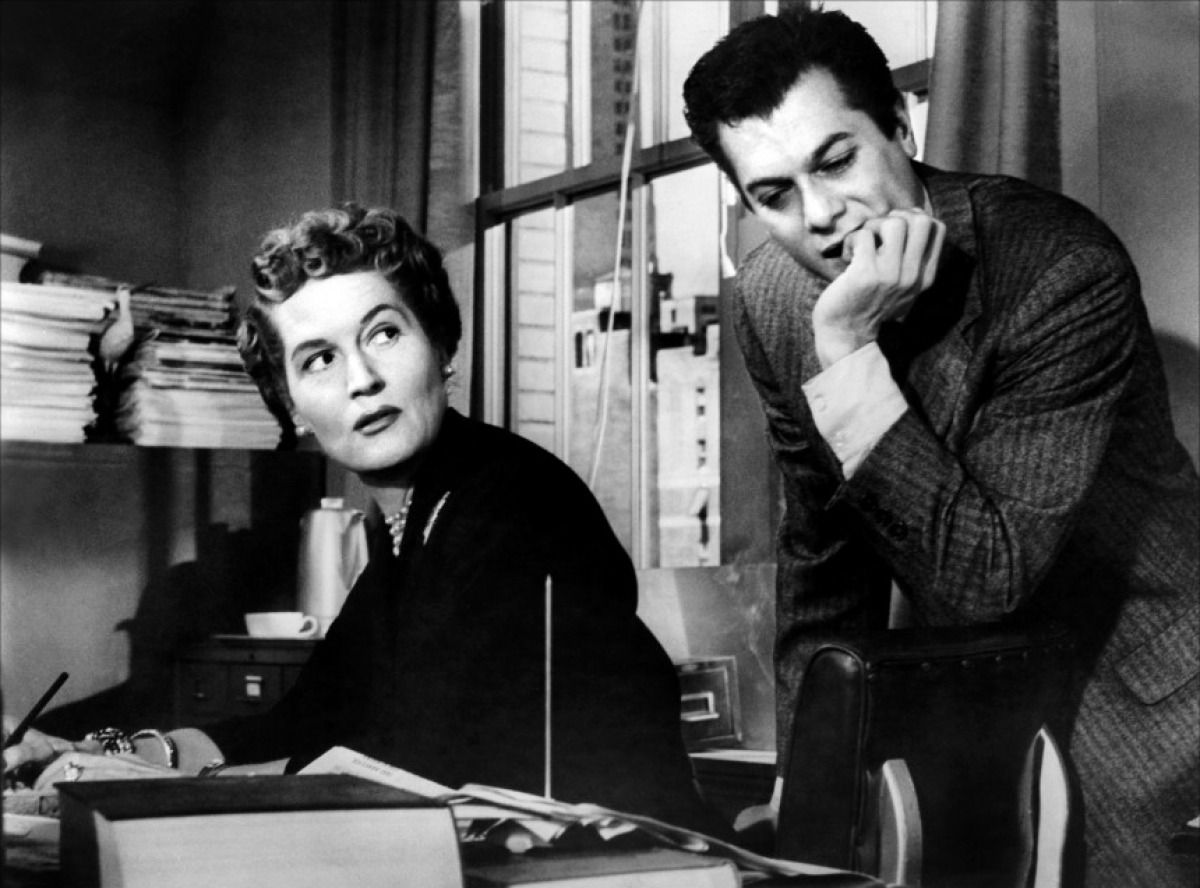