The 1971 road thriller Duel had a vital role in Steven Spielberg’s professional growth, leading to his recognition and subsequent establishment as one of the world’s leading film directors. This minimalistic, surprisingly simple but strikingly effective film is highly regarded as one of his best. Adapted by well-known storyteller Richard Matheson from his Playboy short story, the screenplay is a perfect example of less is more philosophy. The premise sounds incredibly straightforward, but on several occasions throughout this story of an electronic salesman having to deal with a viciously aggressive truck driver on a desolate road in the California desert Matheson drops hints that seemingly have nothing to do with the main storyline, but in fact throw revealing light on the characters’ motivations, their inner impulses that force them to keep the foot on the pedal. On of the most interesting screenplays we’ve read, it creates brilliantly tense atmosphere and neverceasing momentum that grips you until the very last scene. The main character’s petrified glances at the rear view mirror with time become our own, his anxiety and unsettling discomfort are tranferred through the screen onto us, shifting uncomfortably in the audience, fearful for our own safety.

Spielberg’s genius is shown in his undeniable ability to draw exhilaration and tension from a simplistic, contained postulate, with scarce dialogue and very limited time and space. The story is enveloped with subtle but effective symbolism, such as unobtrusive indications present in the protagonist’s name or the mark of the car. Inspired performance from Dennis Weaver, whom Spielberg specifically asked for because he admired his work in Orson Welles’ Touch of Evil, makes sure a connection is established between the bullied victim and the audience, and Emmy award veteran Billy Goldenberg’s music helps create just the right ambiance. A lot of people criticize Spielberg for his soulless blockbuster production, but films like this perfectly show what kind of above average talent and passion for cinema we’re dealing with.

Screenwriter must-read: Richard Matheson’s screenplay for Duel [PDF]. (NOTE: For educational and research purposes only). The DVD/Blu-ray of the film is available at Amazon and other online retailers. Absolutely our highest recommendation.

Spielberg was already a fan of Richard Matheson before the movie was made due to Matheson’s contributions to the Twilight Zone. In his three-hour Archive interview, Richard Matheson (1926-2013) recounts how, on the day of JFK’s assassination, the idea was born for his short story and celebrated television movie Duel (and also gives his opinion of the finished product and relates his observations of director Steven Spielberg during shooting).

“Although it was initially shot as a modest ABC Movie of the Week rather than a feature film destined for greatness, Steven Spielberg’s Duel has become one of the legendary debuts in American cinema, a textbook example of what an ambitious and talented young director can do with modest resources. Shot entirely on location in just 13 days, this story of an everyman being pursued by a psychotic trucker gave Spielberg an early chance to exhibit his skill at manipulating an audience’s emotions. Using a constantly mobile camera and unsettling sound design that depended more on atonal screeches and hums than music, Spielberg created a minor classic.” —Jim Hemphill

Dennis Weaver on the making of Duel.

It was so exciting to work with Steven. What I remember about him was that the studio were absolutely right: he was very imaginative and very creative. The thing that impressed me more was that, despite being so young he was absolutely fearless about using whatever was necessary to make the movie work. He wasn’t concerned about budget particularly. Or if he was, he certainly hid it. I saw no fear in him. It was like he had a bunch of toys and he was just having a ball with them. It was like Christmas Day morning, getting up and seeing all these fantastic toys he had been looking for. And now they were there. For instance, as the truck finally goes over the cliff—and this was 1971 remember—I had never worked with a director that had used more than two cameras at any one time. And this guy had six cameras out there shooting that scene. I said, “Boy, he’s got a lot of gall.” He’s probably shooting with 12 cameras these days. —Dennis Weaver, the star of Duel on the first Spielberg classic

Spielberg talks about his personal connection to Duel in this excerpt from Steven Awalt’s book, Steven Spielberg and Duel: The Making of a Film Career.

The thing that got me to really push to get hired to do Duel was because I had been bullied, and all of my friends in my little circle of friends had also been bullied, and I knew what it felt like. And even though I tried really hard to anthropomorphize the truck, as an extension of a kind of evil, bullying force, without too much regard for who was driving the truck, it did represent something that made me feel that I knew the material. —Steven Spielberg 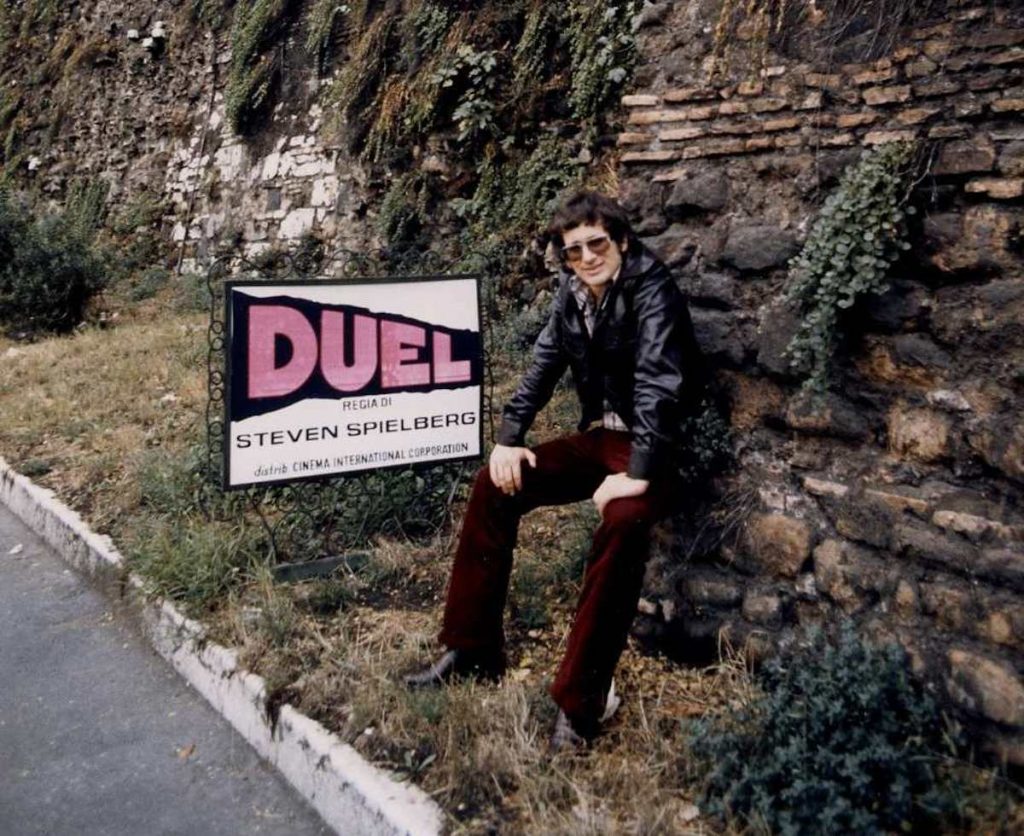 “For Duel, the entire movie was storyboarded. I had the art director sketch the picture on a mural that arced around the motel room. It was an aerial view that showed all the scenes and the dead ends and the chases and all the exciting moments. I think when you make an action film, especially a road picture, it’s the best way to work, because it’s very hard to pick up a script and sift through five hundred words of prose and then commit them to memory. The movie was more of a concept than a page-by-page description of what had to be shot, so I felt that breaking the picture up and mapping it out would be easier for me.” —Steven Spielberg

Steven Awalt’s book, Steven Spielberg and Duel: The Making of a Film Career, is highly recommended. 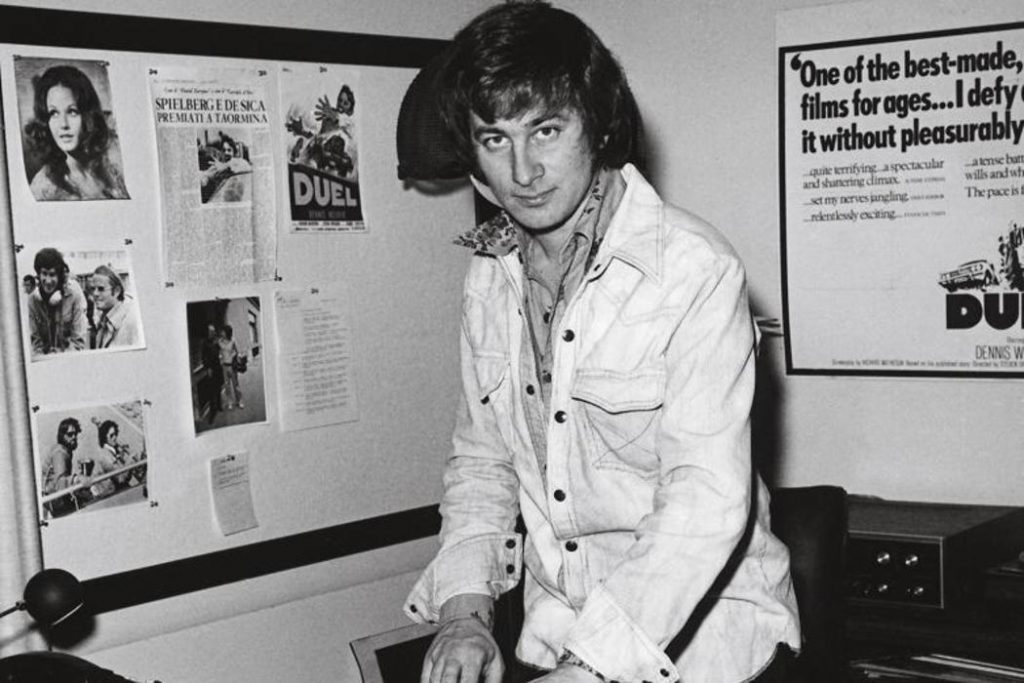 All Sightings of the menacing and quite frankly, creepy as fuck truck from Duel (1971).

Duel © Universal Television, American Broadcasting Company, Universal Pictures. Intended for editorial use only. All material for educational and noncommercial purposes only.