Produced by the great Robert Evans, Roman Polanski’s 1974 neo-noir Chinatown is without any doubt one of the most finely written films of all time. Robert Towne’s screenplay is an example of extremely perfected craftsmanship: the way it conveys the story rooted in real history seems breathtakingly natural and simple, while at the same time it offers wonderful opportunities for Faye Dunaway and Jack Nicholson, never before or again so powerful, to demonstrate their full potential. So magnificent was Towne’s text that it actually convinced Polanski to return to the States, after his personal tragedy made him leave Los Angeles. With special respect to the cast, Polanski and his crew, what we found to be the key of the film’s success is the masterfully penned story—the audience can’t help biting their nails as the events unfold before their eyes, the effect further empowered by Polanski’s choice to put the viewer into the shoes of the protagonist, the legendary character of J. J. Gittes. When he finally connects the dots, the audience’s own understanding follows. Trying to stay true to the father of noir, Raymond Chandler, Polanski decided to make full use of this approach, and the decision to keep us all in the darkness proved to be the right move.

There’s no real need to comment on the performances of the incredible cast, as Nicholson gracefully proves that his collaboration with Polanski is with every reason celebrated as one of the best in cinema’s history. Chinatown is a multi-layered, complex story enhanced by the ambient, somewhat dysphoric score of Jerry Goldsmith and the highly notable visuals. Although cinematographer John A. Alonzo did a first-class job, the fact is that esteemed cinematographer Stanley Cortez first got a chance. He was, however, soon fired because of a disagreement with Polanski due to their differences regarding the visual style they should go with, even though two of his scenes ended up in the film. The editing, on the other hand, was done by the great Sam O’Steen, his work here being the purest example of what smart and efficient editing looks like. Not a single superfluous scene, not even one gratuitous shot, displaying the same proficiency and innovation that made his work on The Graduate so commendable. Narratively aptly constructed, viscerally stimulating, simultaneously both charming and uneasy, Chinatown is one of the most impressive works of the period and definitely our favorite neo-noir movie of all time. An amazing experience from all angles.

According to the industry’s most-respected screenwriters, this script reflects some of the best writing in the history of film. Dear every screenwriter/filmmaker, read Robert Towne’s screenplay for Chinatown [PDF1, PDF2]. (NOTE: For educational and research purposes only). The DVD/Blu-ray of the film is available at Amazon and other online retailers. Absolutely our highest recommendation.

Well, I don’t have to tell you that we weren’t trying to write a screenplay that was perfectly-structured. We were just trying to make it make sense. I remember, even without Roman, the first structural question, which may seem absurd now after the fact, was the question of which revelation comes first, the incest or the water scandal? And of course, it was the water scandal. When I realized that, I realized how foolish it was even to have asked the question. But the water scandal was the plot, essentially, and the subplot was the incest. That was the underbelly, and the two were intimately connected, literally and metaphorically: raping the future and raping the land. So it was a really good plot/subplot with a really strong connection. In the first draft, as I recall, it was pretty much a single point-of-view. And in the second draft I tried changing that for purposes of clarification and I think in the end, that’s what made the second draft weaker than the first draft. It’s one of the very, very few detective movies, including The Maltese Falcon, which has a singular point-of-view. —Robert Towne


“In fact, before you set out to write your beat sheet, consider this: one of the most ‘perfect’ screenplays ever written is Chinatown. It has been analyzed thousands and thousands of times in screenwriting classes and textbooks. However, the first draft of Chinatown was 178 pages long; screenwriter Robert Towne took 9 months to finish it saying that ‘… the writing of it was just tough: writing scenario, after scenario, after scenario was just so complicated that after a certain point, I thought I’d never get through it.’ Producer Robert Evans called the first draft brilliant but incomprehensible, and even Towne himself admitted that if the first draft had been shot, ‘it would have been a mess.’ That ‘perfect beat sheet’ that appears in screenplay books only emerged after a long process of restructuring, revision and clarification. (See LA Times article on the director/writer/producer collaboration in Chinatown.)” —Sean Hood, Writing The Feature Script: The Treatment

“Legendary screenwriter Robert Towne and director David Fincher sit down for an informative and interesting commentary that examines the many facets of this fascinating film. Topics include the simplicity and understated power of Polanski’s direction, the movie’s distinctive music, choice of aspect ratio, the performances of Nicholson, Dunaway, and Huston, and the myriad nuances and creative touches that distinguish the film and separate it from others in its class.” —David Krauss

Roman Polanski gives a masterclass on the making of Chinatown. Hear why he believes it to be his best film, and learn the stories behind his approach to script construction, mise-en-scene, directing difficult actors, and unhappy endings.

Legendary film editor Sam O’Steen (The Graduate, Chinatown) talks candidly with wife Bobbie O’Steen about his work in the cutting room and behind the scenes on some of the most influential movies in motion picture history.

The making of Chinatown. Photographed by Orlando Suero & Steve Schapiro © Paramount Pictures, Robert Evans Company. See also: unseen photos from Chinatown; a lost scene from Chinatown. Intended for editorial use only. All material for educational and noncommercial purposes only. 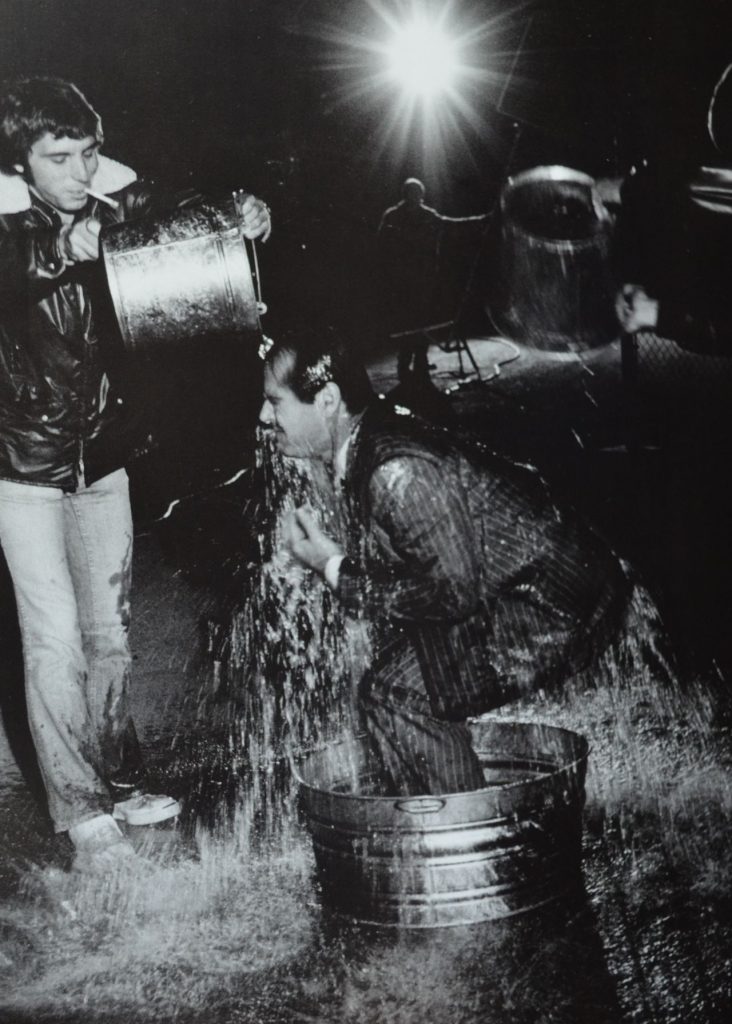 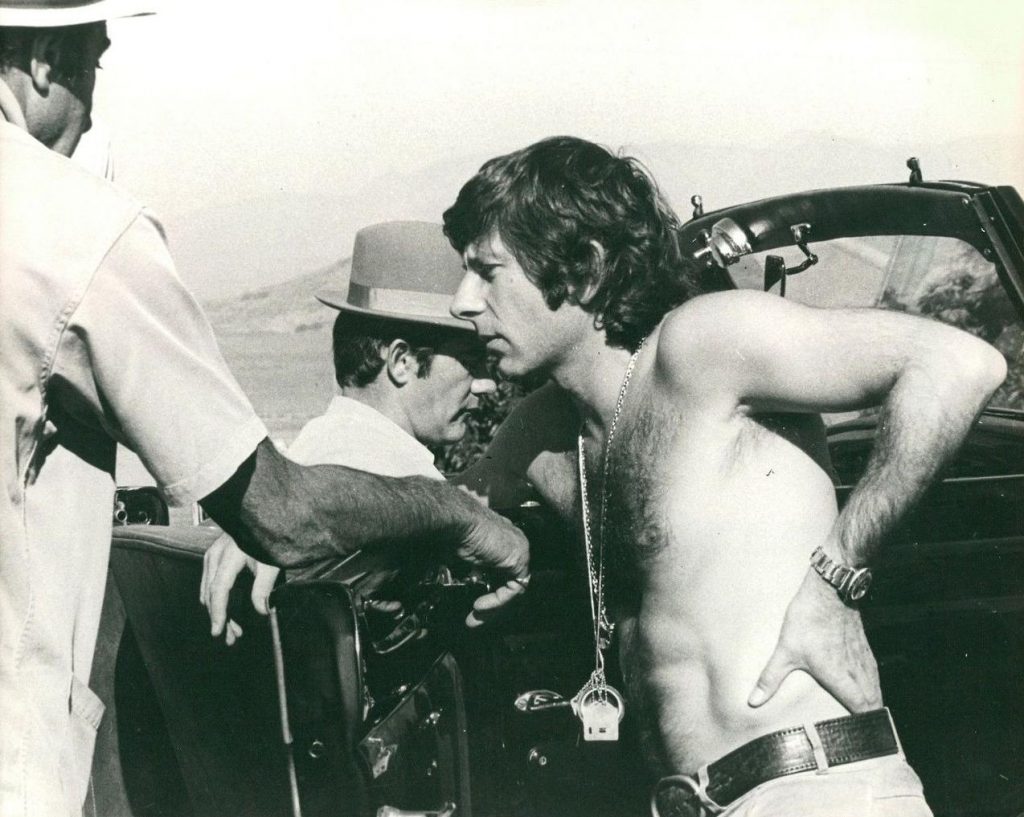 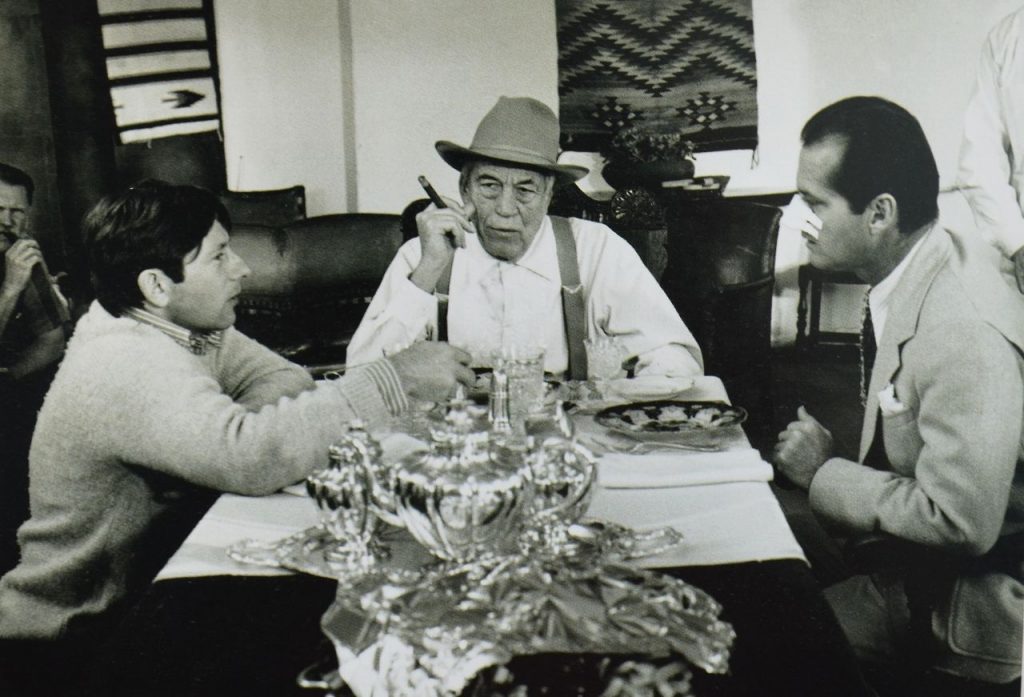 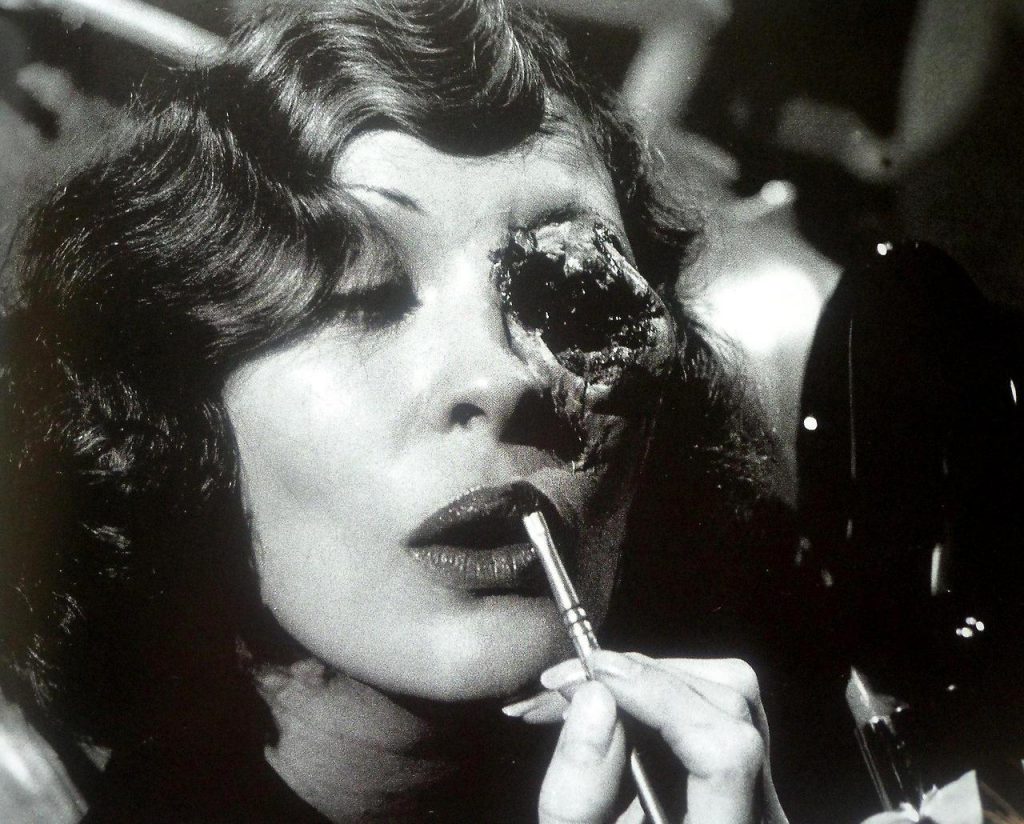 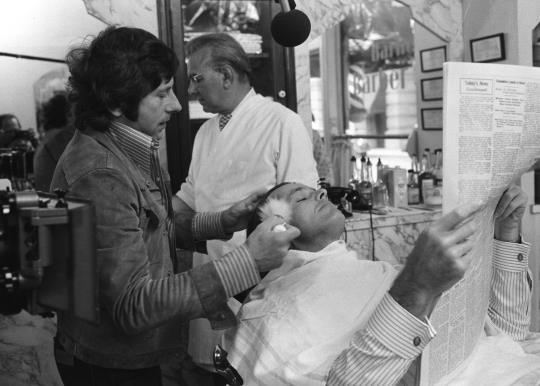 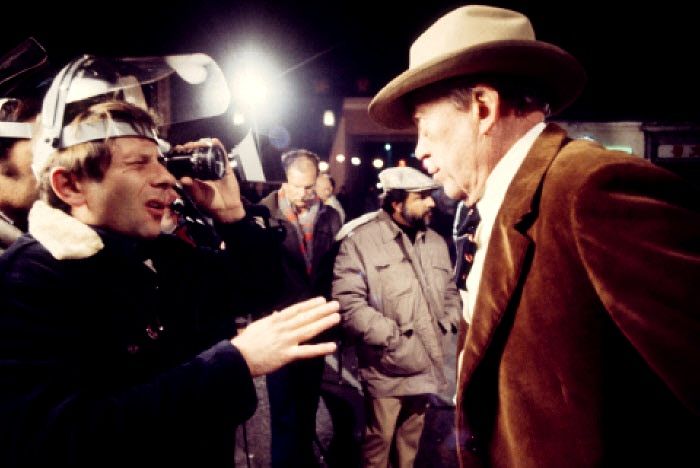 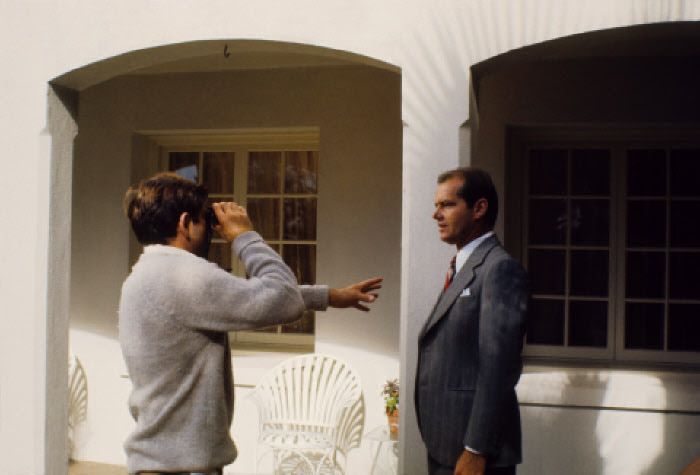 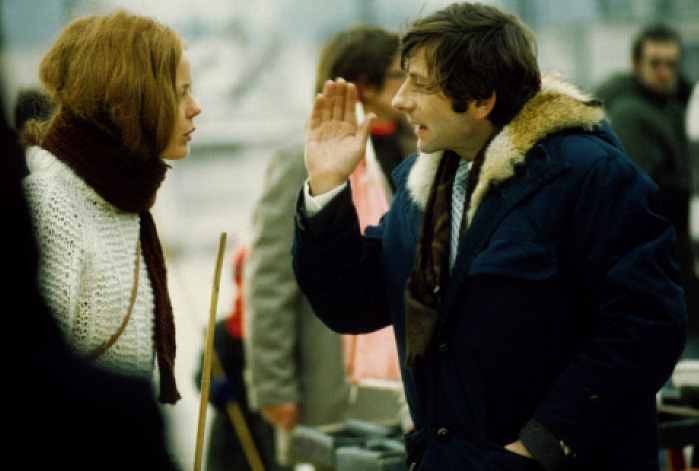 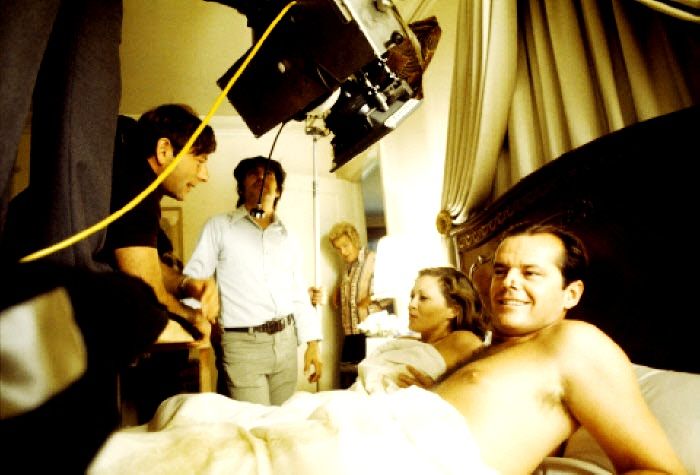 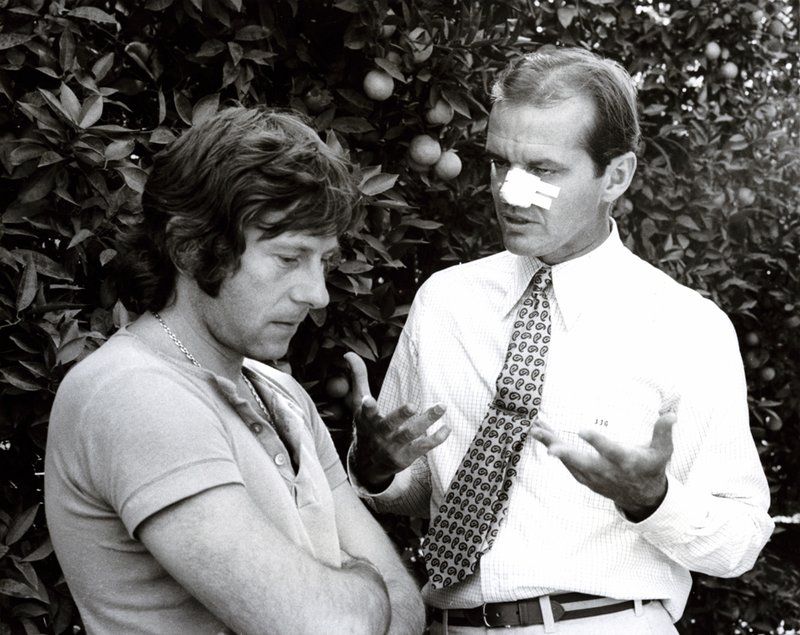 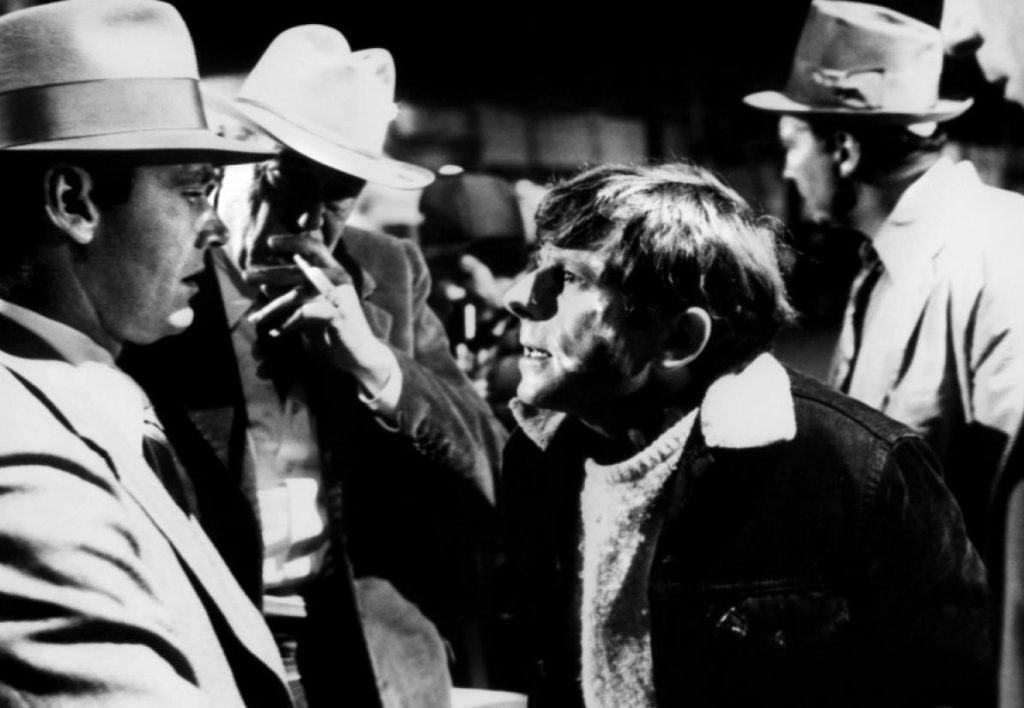 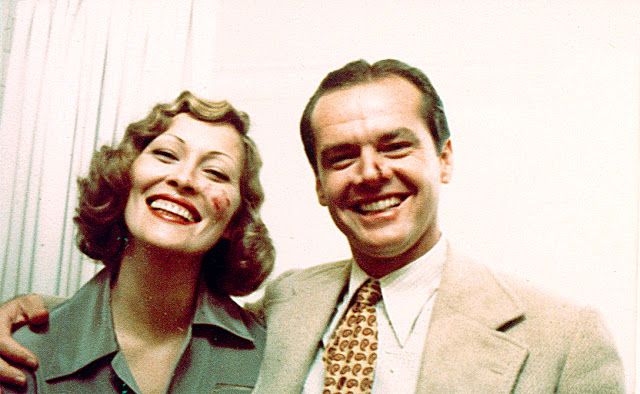 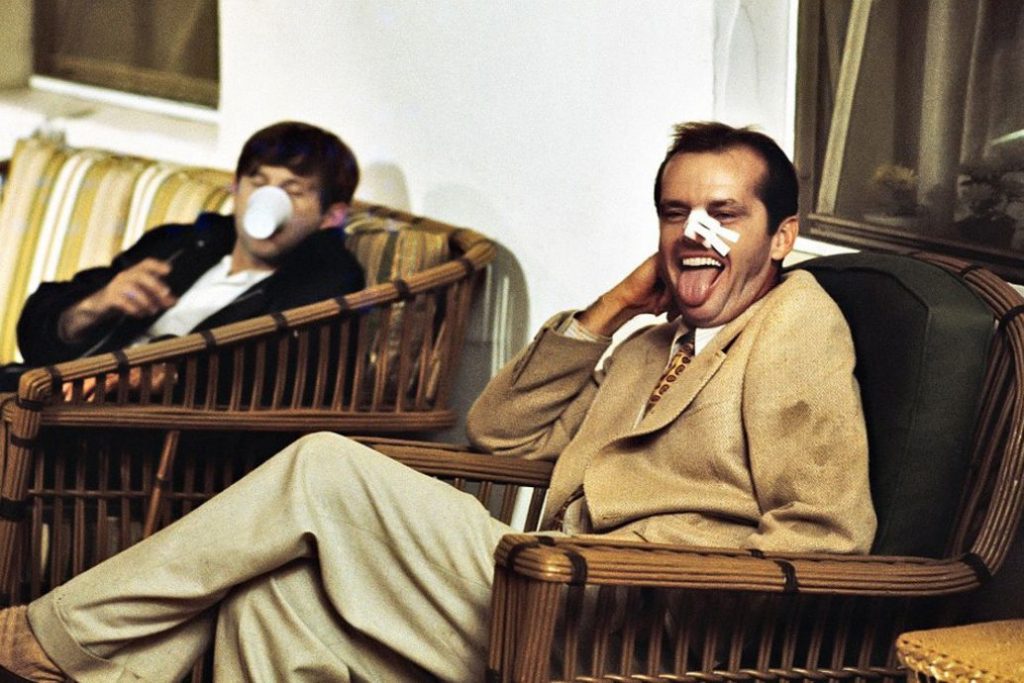 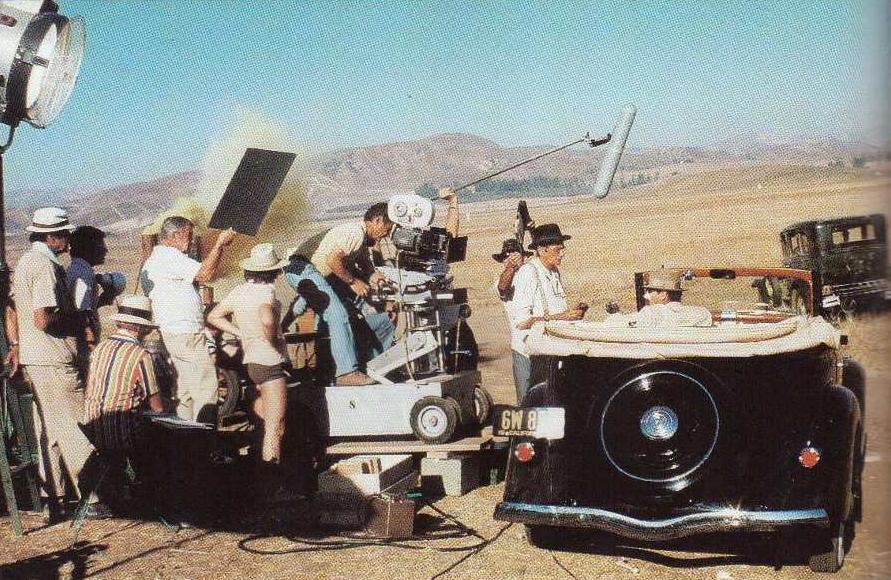 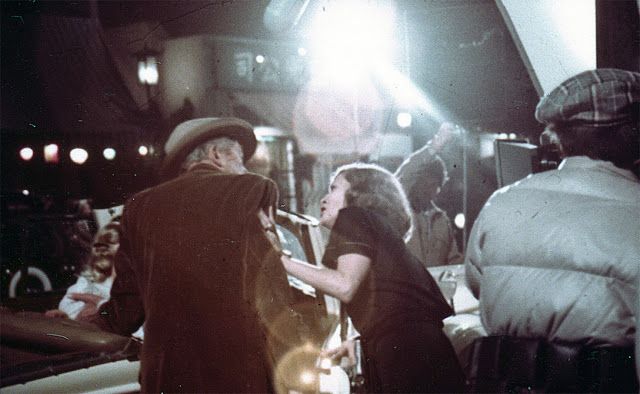 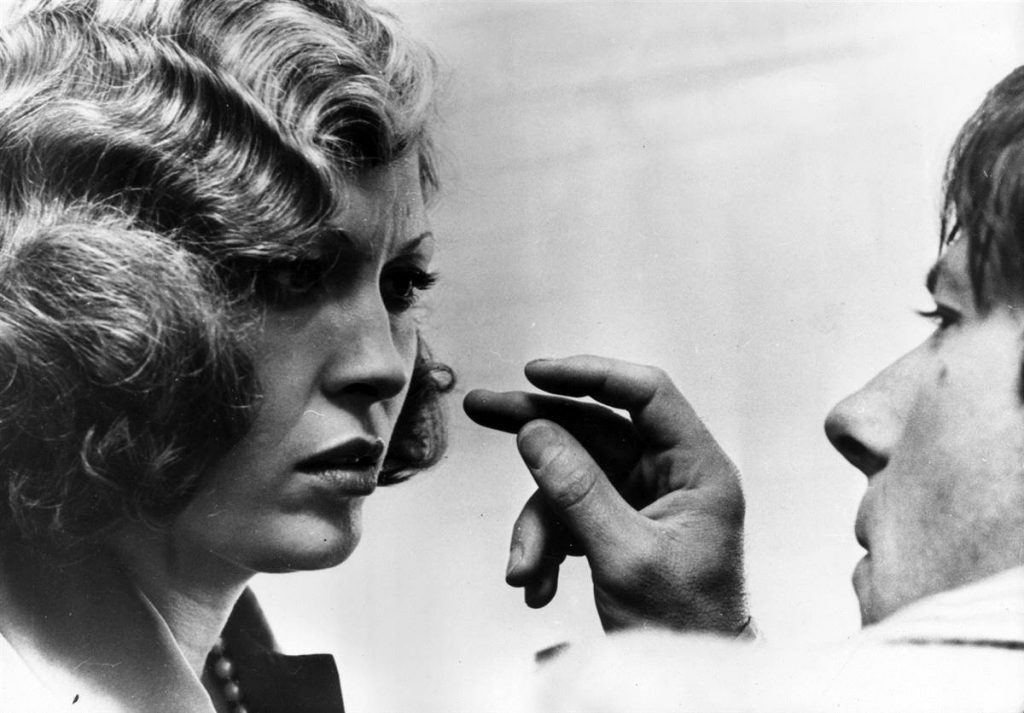 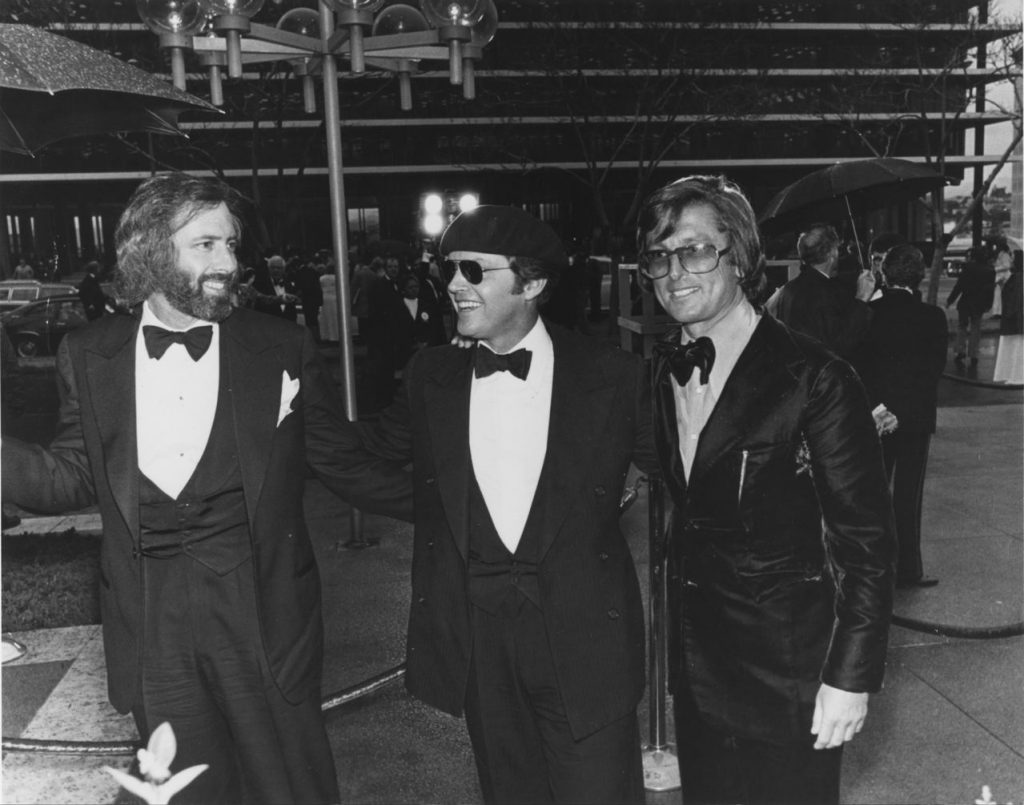 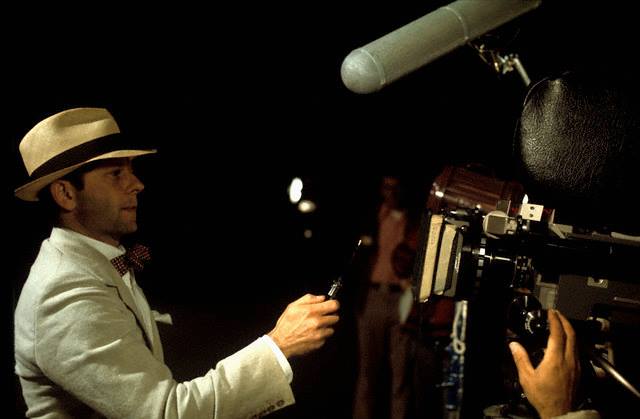 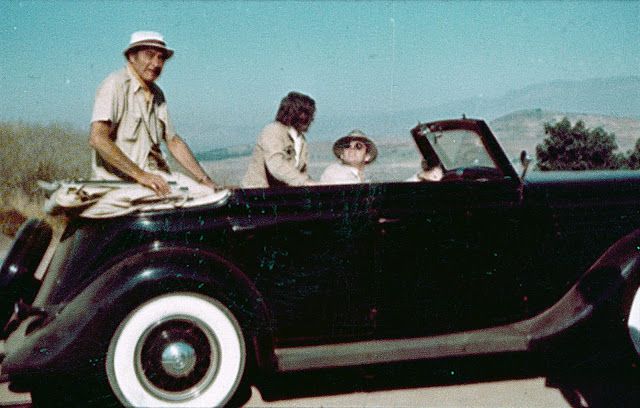