Even though William Friedkin’s celebrated adrenaline-ridden thriller The French Connection had its legitimate sequel in 1975, many consider The Seven-Ups to be a worthy continuation of Friedkin’s classic. The reasons for this are simple: the team behind The Seven-Ups, which gained a cult following and generally enjoys a slightly less revered status among filmgoers, is comprised of a lot of same the crew that brought us The French Connection, as well as another jem of this genre, Bullit. The producer of William Friedkin’s and Peter Yates’ films Philip D’Antoni used The Seven-Ups as his only opportunity to sit in the director’s chair, making the best out of his connection to these two film’s stunt coordinator and driver Bill Hickman, who greatly contributed to the brilliant car chase scenes in both movies.

Hickman once again gave his all to create a breath-taking and grandiose chase sequence in The Seven-Ups, one of the undisputed highlights of D’Antoni’s gritty thriller on the streets of New York. Moreover, the great Roy Scheider played a slightly moralistically shadier version of his hard-boiled cop in The French Connection, once again nailing it and delivering a memorable performance that serves as the backbone of the whole film. The connections between Friedkin’s seminal work and D’Antoni’s feature debut don’t stop here—both the composer Don Ellis and screenwriter and police technical advisor Sonny Grosso chipped in to help D’Antoni turn The Seven-Ups into one of thriller highlights of a cinematically quality-packed decade.

The story follows a group of plain-clothed policemen led by Scheider’s character who use underhanded tactics to secure prison sentences of at least seven years behind bars for culprits who might have otherwise escaped their deserved punishment. The group owes its name to their mentioned goal and modus operandi, but the unorthodox group realize they might be in over their heads as they try to disrupt a vicious crime network involving the mob, kidnappings and unreliable inside informants. The Seven-Ups might not enjoy the status of their more famous older brothers, but what it lacks in renown more than adequately redeems with violent action, dominant cynicism and a bleak portrayal of New York’s ruthless underground.

Dear every screenwriter/filmmaker, read Albert Ruben & Alexander Jacobs’ screenplay for The Seven-Ups [PDF]. (NOTE: For educational and research purposes only). The DVD of the film is available at Amazon and other online retailers. Absolutely our highest recommendation.

THE SEVEN-UPS: ANATOMY OF A CHASE

Over the course of 3 pictures in just 5 years, producer Philip D’antoni redefined the cop drama genre by blending documentary feel, 1970s grittiness (fueled by the cynicism of the Vietnam war era) and guerilla filmmaking. On his résumé: the San Francisco based Bullit (1971; dir. Peter Yates), its New-York counterparts The French Connection (1971; dir. William Friedkin—Winner of 5 Academy Awards) and The Seven-Ups (1973; dir. Philip d’Antoni himself). While all 3 films offer revolutionary car chases for the time (all handed by legend stuntman/actor and close James Dean associate Bill Hickman), they are also especially remembered for their groundbreaking music scores. Lalo Schifrin brought the ‘cool’ to San Francisco, California for Bullit (3 years before his Dirty Harry score) and Jazzman Don Ellis brought avant-garde jazz to both The French Connection and The Seven-Ups.

Despite the success of Connection, Don Ellis was actually not the first composer on Seven-Ups (it carried an initial, more traditional 19 minutes music approach by MASH Composer Johnny Mandel) but, wishing to recapture the successful grittiness of the ‘original’, Ellis was asked by the production to revisit the film at the last minute and wrote a bleaker, more abrasive, dissonant score. At the request of John Frankenheimer, Don Ellis would revisit Popeye Doyle with the Marseille, France based 1975 French Connection II (which D’antoni had nothing to do with) and died of cardiac arrhythmia 3 years later at the young age of 44. The featurette below, THE SEVEN-UPS: ANATOMY OF A CHASE, very much centered around Philip D’antoni, Bill Hickman and the film’s legendary car chase, is a great reminder of 1970s guerilla filmmaking and its no-nonsense attitude; an open mind that allowed filmmakers to take chances on various levels of production including its film score. —Pierre André Lowenstein 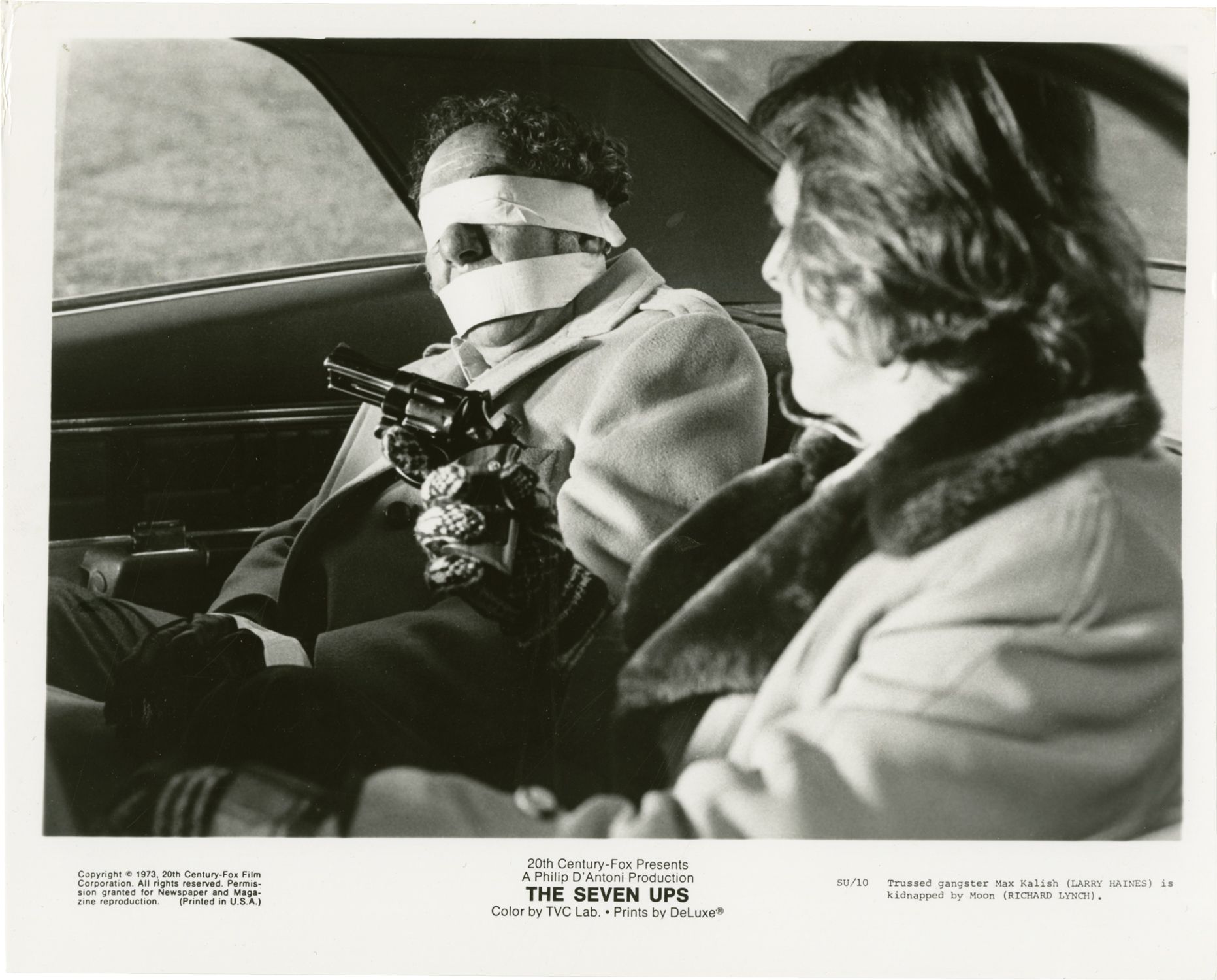 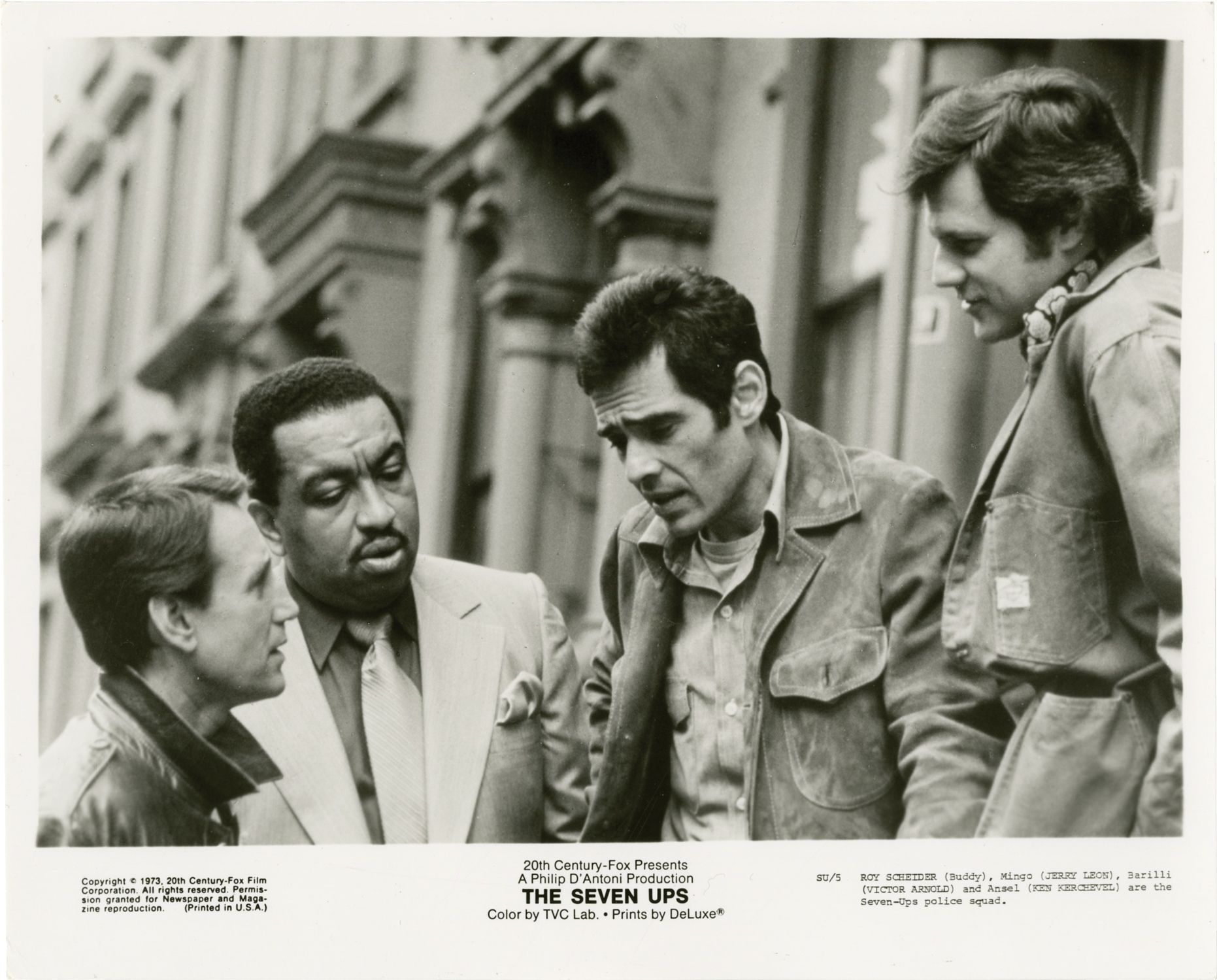 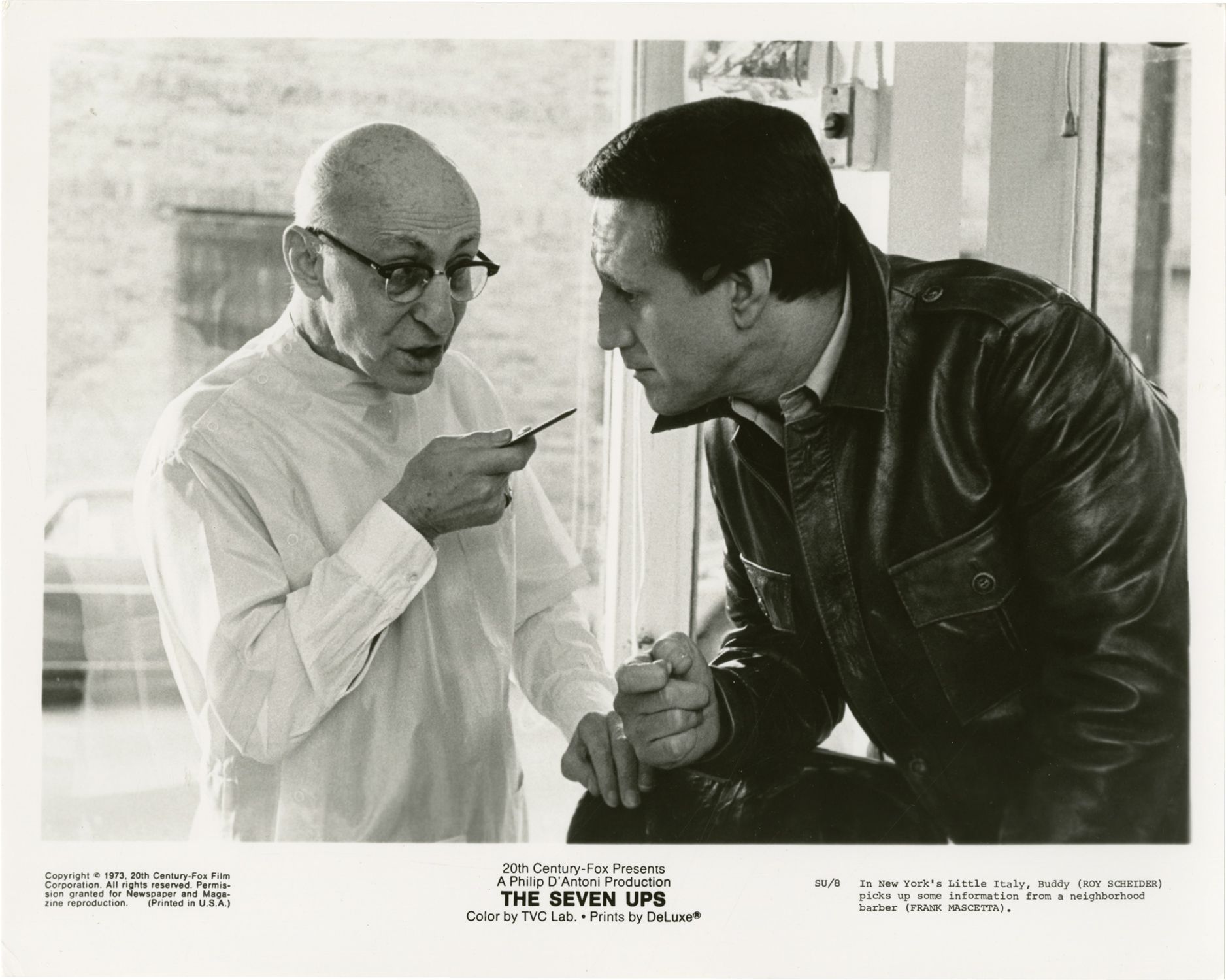 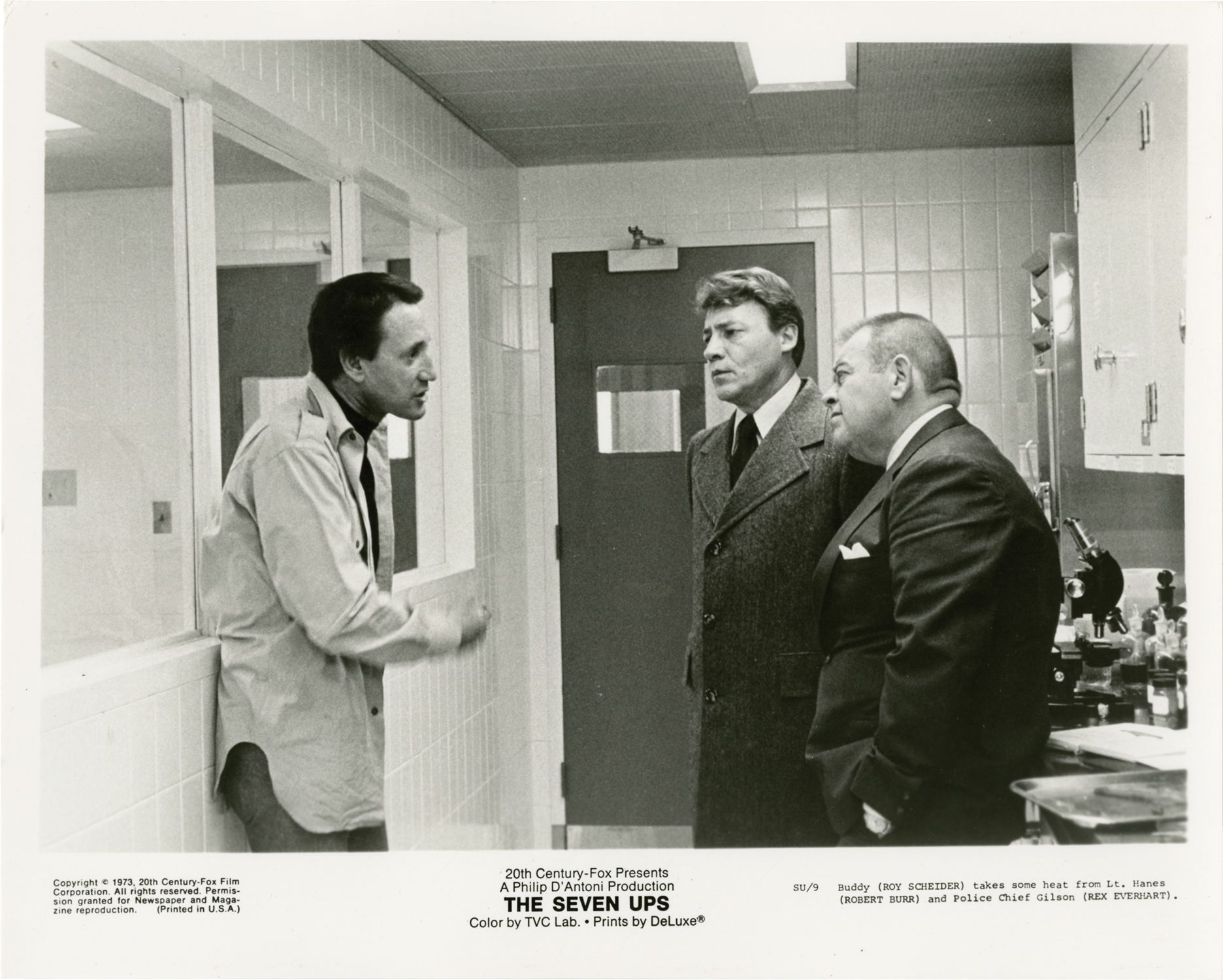 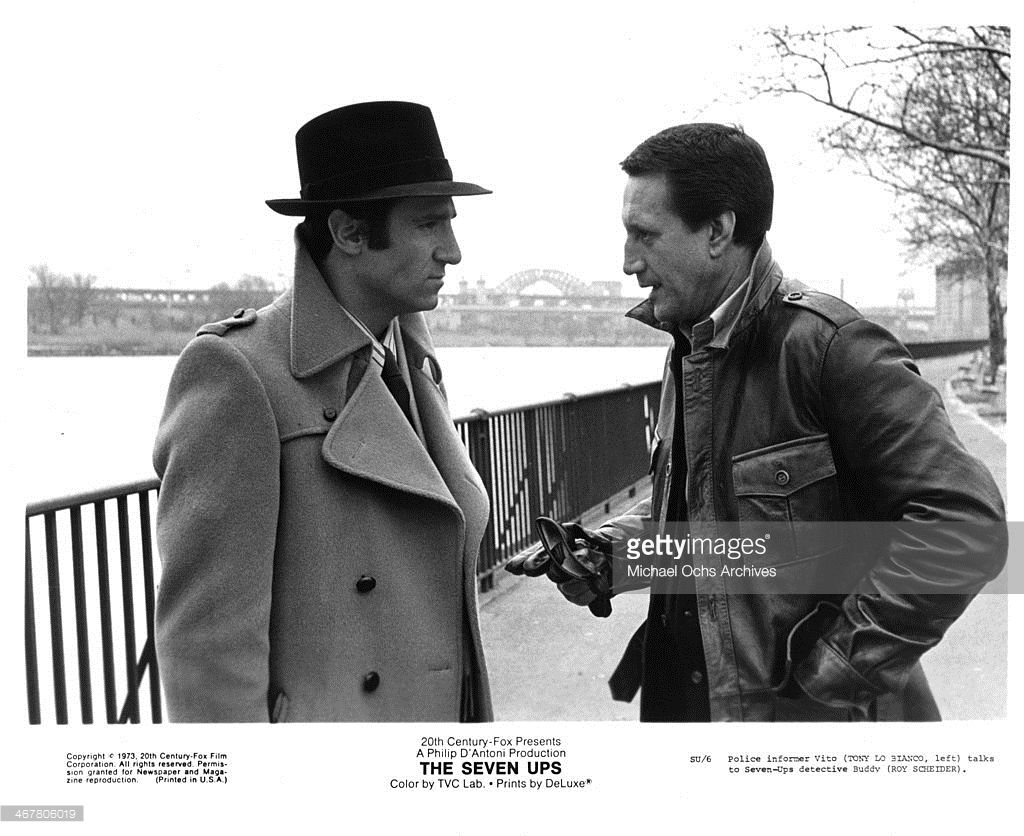