Oliver Stone at one point described Michael Cimino as “the most Napoleonic director he ever worked with.” This impression was left upon him after he worked with Cimino on their 1985 neo-noir action classic Year of the Dragon. Impressed by his unproduced script for Platoon and under pressure with the studio’s deadlines, Cimino asked Stone to help him write the screenplay for this adaptation of Robert Daley’s novel. The two of them joined forced to produce a vivid, heavily quotable basis for a film which would, mostly through word-of-mouth promotion and latter critical revisionism of the piece, become one of the most significant action movies of the period. It should be noted that Cimino was at a tough spot in his career at the beginning of the eighties, after brilliant but heavily misunderstood and underappreciated Heaven’s Gate proved a box-office disaster, and Year of the Dragon was his chance to set things straight and prove that The Deer Hunter, with all its success and accolades surrounding it, was no lucky strike.

This film, elevated by a magnetic, frenzied performance from Mickey Rourke as a hard-boiled cop eager to crush the Chinese organized crime in New York City, certainly failed at restoring faith of the studios in gambling with Cimino’s films, but it definitely proved the filmmaker’s prowess at creating highly entertaining films much deeper than what we’re usually exposed to in cinemas. Year of the Dragon examines the subjects of racism, ethnicity and organized crime, but does it in such a raw, primal, blood-drenched way that people might be misled into thinking the film is not much more than a stylish, flashy exploitation flick. But it is much more: sure, there are overly sentimental parts, dealing with Rourke’s character’s relationship with two women that exist in his life, but the general impression this flaming flick manages to leave is a highly positive one. The acting is passionate and energetic; the action is quick, realistic and mostly shocking and unexpected; the characters are easily related to, rich in dark tones and hiding mysterious depth underneath their ragged exterior; the dialogues are sharp, smart and appropriately dark; the ending is almost poetic, serving as a fitting crown to a zealously constructed cinematic journey. Year of the Dragon is an action classic that can probably be described as anything but forgettable or boring.

Dear every screenwriter/filmmaker, read Oliver Stone & Michael Cimino’s screenplay for Year of the Dragon [PDF]. (NOTE: For educational and research purposes only). The DVD of the film is available at Amazon and other online retailers. Unfortunately, Year of the Dragon is not available on Blu-ray. Fortunately, the HD digital download (from either Amazon or iTunes) looks great. Get the digital version here! Absolutely our highest recommendation.

Special feature on Oliver Stone, 1996, Creative Screenwriting Magazine. A brilliant read, this is probably one of the best interviews with Stone.

Michael Cimino talked me into doing Year of the Dragon, based on Robert Daley’s book. I did the best I could with Michael. Michael would talk it and I would write it. I enjoyed the research enormously. We went to Chinatown and had a thousand banquets with gangsters, Chinese gangsters. There was no question we hit a nerve again, like with Scarface. I mean, the Chinese were importing heroin. They did not acknowledge that in American newspapers until a few years later, but we were on the money about that. And, of course, we ran into a wall of criticism from the community again, like the Cubans, that we were making gangsters out of their ethnic pride. So, it was frustrating. It was Michael’s idea that as a tradeoff for writing Year of the Dragon, I would take less money, but he would produce Platoon. I had established a very high price with Scarface. That’s not to say I was being offered a lot. I was offered, occasionally… I was not living in LA, but I was offered things like Top Gun. They came to me as a writer, but having done Platoon, I wasn’t going to do Top Gun. It wouldn’t have been my thing. Let’s say I was sort of out there, but I wasn’t where I had been after Midnight Express by any means. So, when Michael said “take less money on Dragon and I will produce Platoon at a low budget with you directing it, you can do your own movie,” that was very generous of him, having come from Deer Hunter and that success. And I said, “I don’t think that’s going to work. Who cares about Vietnam? It’s over. Apocalypse Now did it, Deer Hunter…” And he said, “No. It’s going to come back.” Unfortunately, Dino (De Laurentiis) welshed on the deal. He didn’t come through with his end and he even tried to keep the screenplay. I had to sue him, threaten to sue him actually, to get my script back and for him to absorb all the casting and scouting costs in the Philippines. Which he finally did, but I had cast the whole movie. I had scouted it. I had everything picked out. It was another heartbreaker—you cannot have your heart broken so many times without getting… either you give up or you become cynical. —Oliver Stone, Fall 1996, Creative Screenwriting Magazine 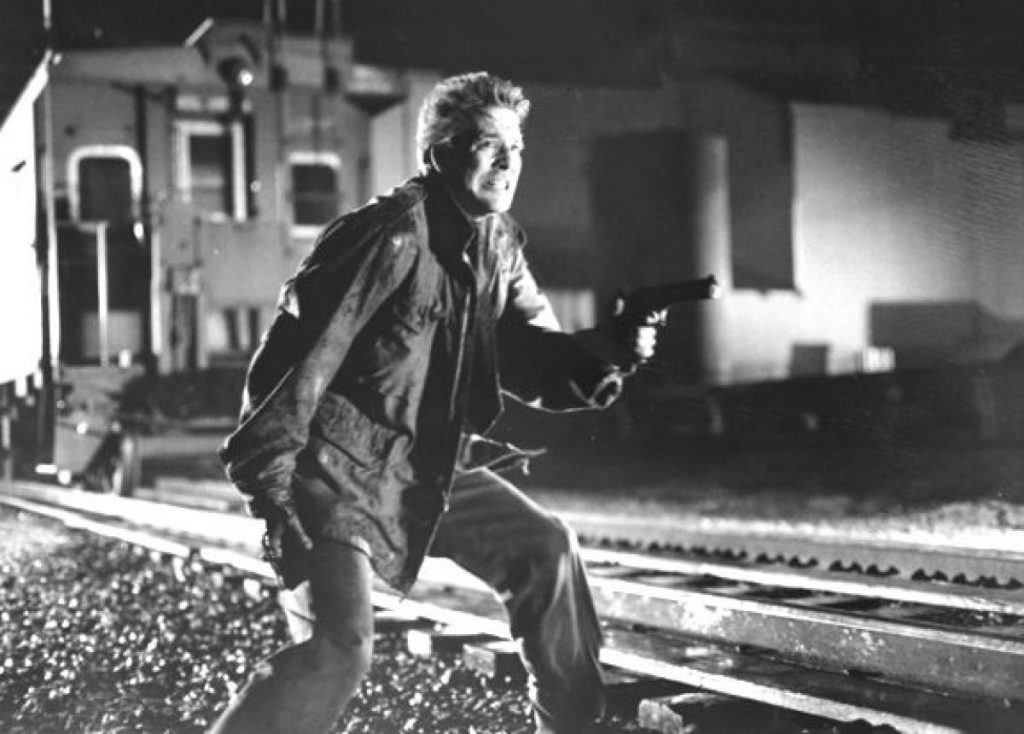 The studio loved the movie. In fact, they begged the producer to make it their Christmas movie. And they were right, because they needed time to educate the audience on the subject. Like when Lawrence of Arabia (1962) was made, nobody in the heartland knew who Lawrence was. But they were educated by the studios so they’d be interested when the movie came out. While our movie was a big hit abroad, and it was very popular in New York and LA, it was a bit soft in the middle of the country. That’s what the studio kept saying, ‘we need time to work that,’ and of course the producers were in such a hurry to make their money back that they shot themselves in the foot. —Michael Cimino (Year of the Dragon audio commentary) 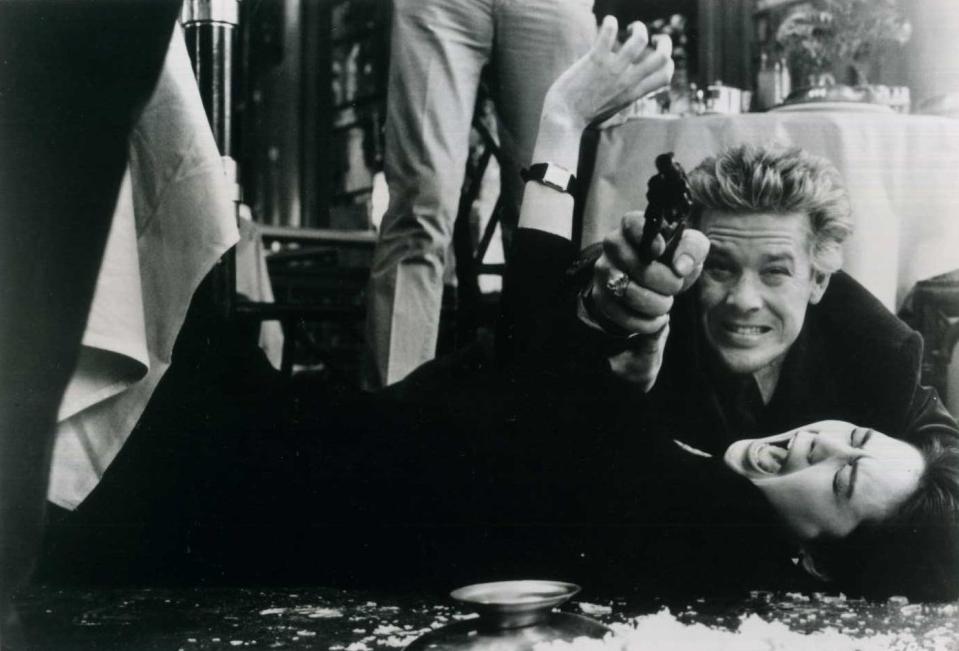 All in all, Year of the Dragon marks Cimino’s return to filmmaking after five years of exile. By eschewing his grand, operatic pretensions, the back-to-basics approach works to create a modestly effective and lean thriller. That said, the film suffers from a profound hesitancy; a doubt in confidence that impedes the story from realizing its full potential. Whether Cimino exhausted all his remarkable talent in the making of Heaven’s Gate remains to be seen, but for the time being, Year of the Dragon stands as an underrated film that would be an exceptionally strong effort by most other directors’ standards. —The Directors Series 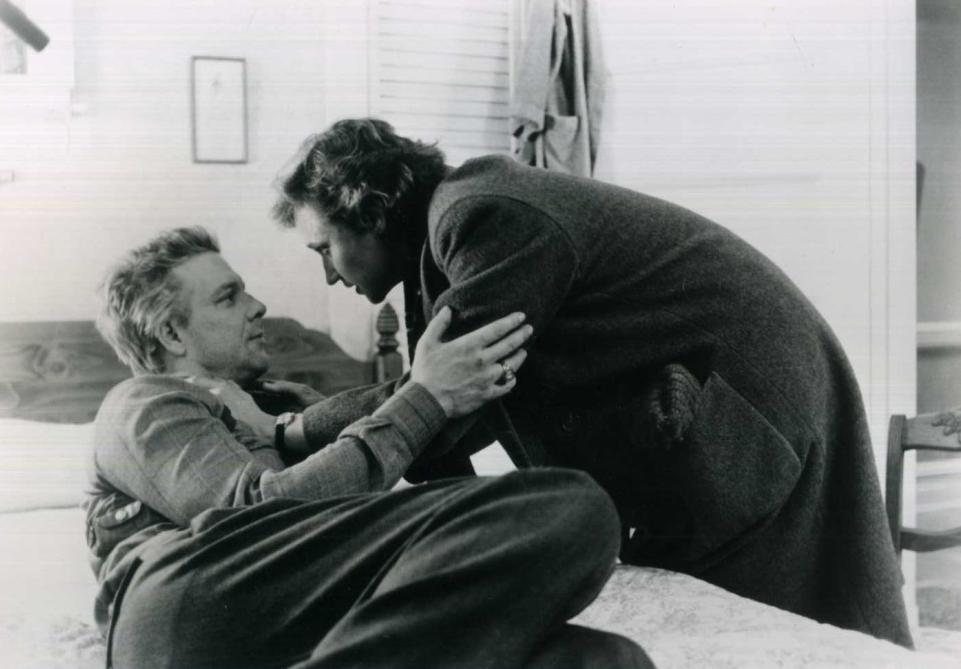 White in the end achieves nothing, and is reduced to disrupting another crime lord’s funeral, while the next generation looks on. Stone’s original final line of White’s, as he embraces Tracy, was vetoed at some level: “Well, I guess if you fight a war long enough, you end up marrying the enemy.” Altogether, the film is a none too subtle attempt to out-Friedkin William Friedkin, and his classic, The French Connection. The film failed to perform well, but holds a special place in the hearts of a generation raised on video rentals. “Don’t bust my balls!” is my “Show me the money!” —Tim Pelan, Reappreciation Society: Year Of The Dragon