In this fantastic interview from a 1976 press conference for his final film, Family Plot, Alfred Hitchcock responds to a range of serious and comical questions about his career, filmmaking style, storytelling abilities, and directing. The event was chaired by film critic Richard Schickel, courtesy of Eyes On Cinema & Bobbie Wygant archives.

This is quite priceless: Alfred Hitchcock and Ernest Lehman plan Hitch’s final film. In this audio clip we hear director Alfred Hitchcock and screenwriter Ernest Lehman developing the storyline for what would be Hitchcock’s last film, Family Plot (1976). The screenplay for what turned out to be Alfred Hitchcock’s last film was written by Ernest Lehman who had previously worked with the director on North by Northwest (1959). On both films, the writer and director collaborated closely, but on Family Plot Lehman recorded their story conferences, providing unprecedented insight into their working methods. An estimated 80 hours of their conversations are preserved at the Ransom Center. 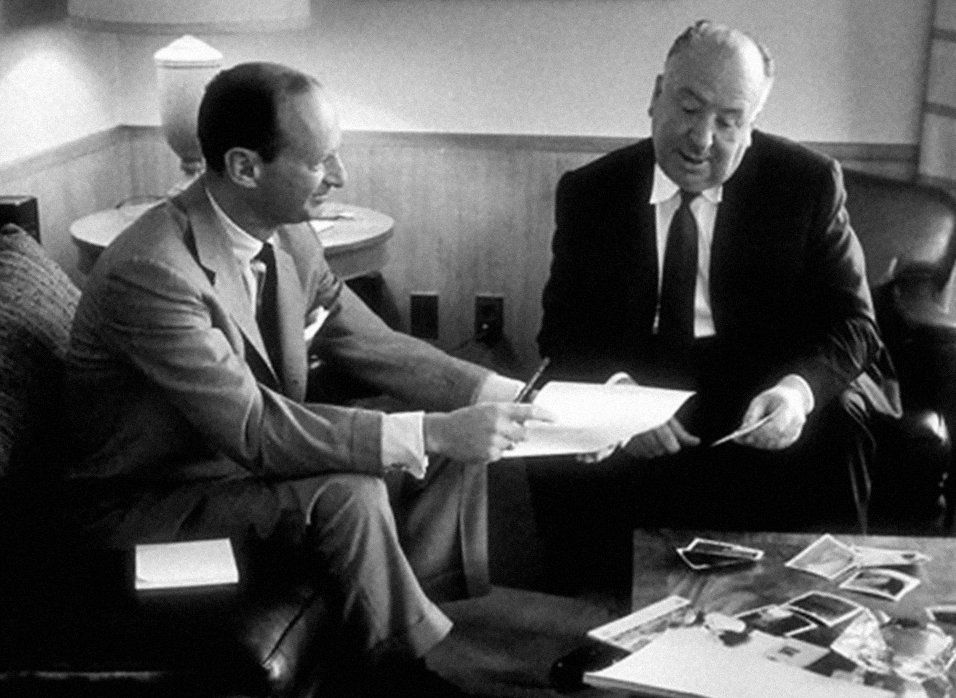 Ernest Lehman’s screenplay for Family Plot. Based on Victor Canning’s novel The Rainbird Pattern [pdf]. (NOTE: For educational purposes only). The DVD/Blu-ray of the film is available at Amazon and other online retailers.

The film was the only Hitchcock production to be scored by John Williams, a rising staff composer at Universal who had recently won an Oscar for Steven Spielberg’s Jaws. Williams has stated that Hitchcock wanted choir voices for Madame Blanche to make her seem psychic towards the beginning. Williams also stated that Hitchcock was at the scoring sessions most of the time and would often give him suggestions. For the scene in which Maloney suddenly disappears from Adamson’s office, Hitchcock suggested that Williams stop the music when the camera cuts to the open window; that way it would show the audience that Maloney is gone. Hitchcock then went on to say, “Mr. Williams, murder can be fun,” when he suggested that he should conduct the music lightly for a darker scene of the film. Williams stated that it was a great privilege, and that he had a wonderful working experience with the director.

On the set of Family Plot, courtesy of A Certain Cinema. 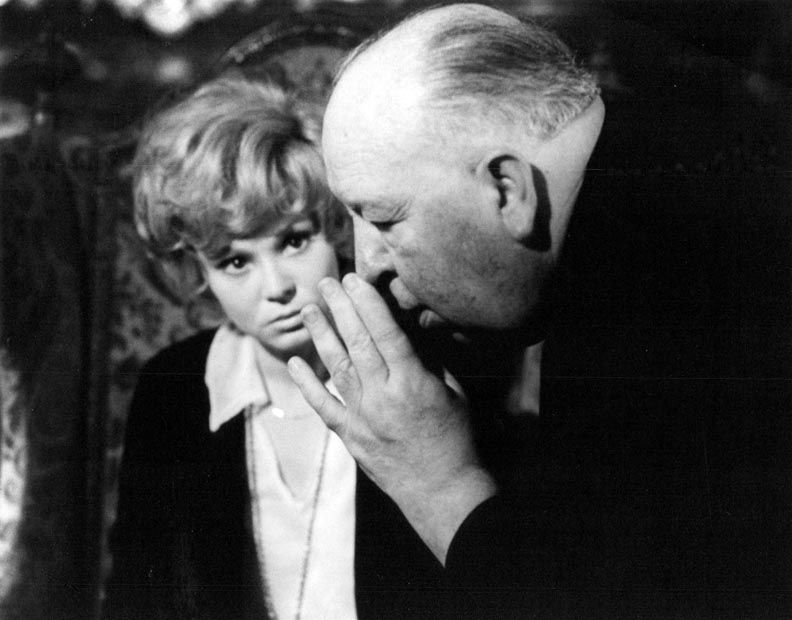 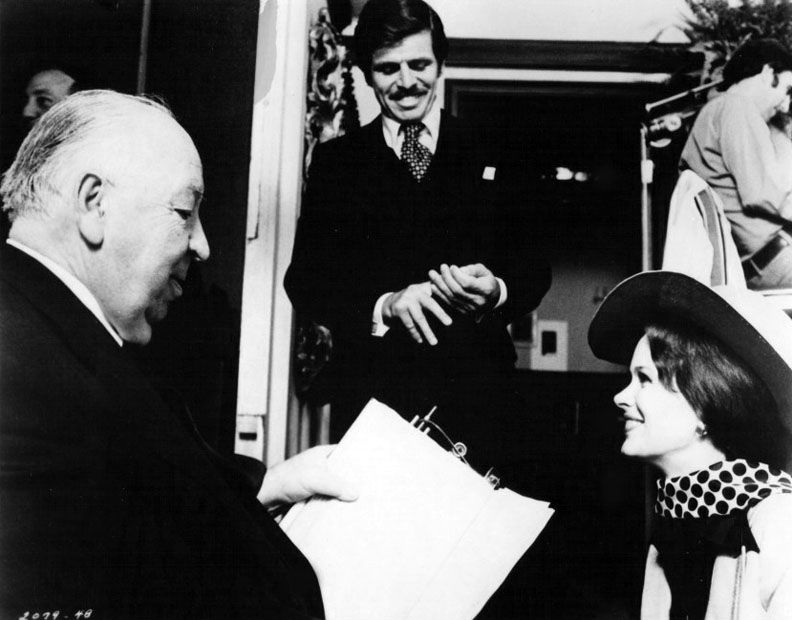 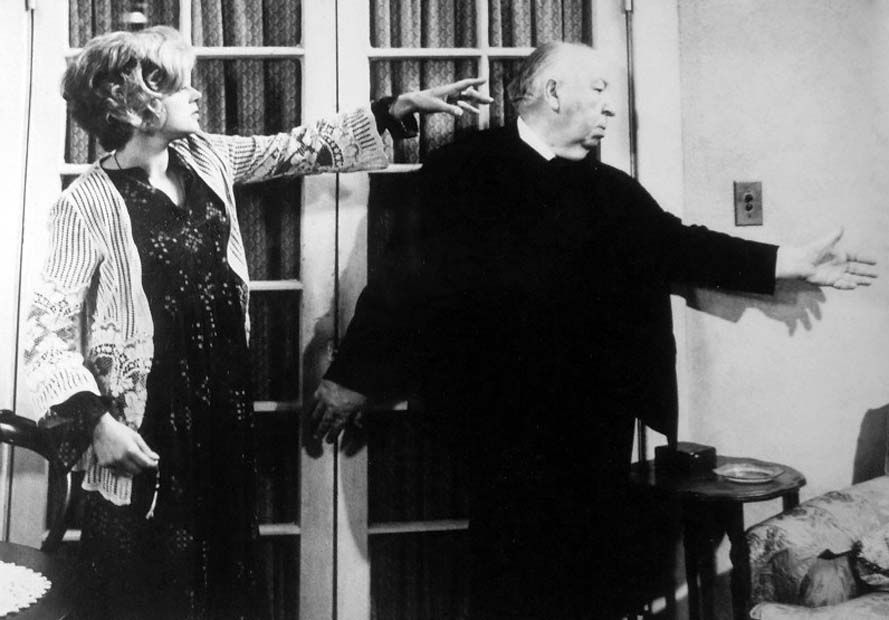 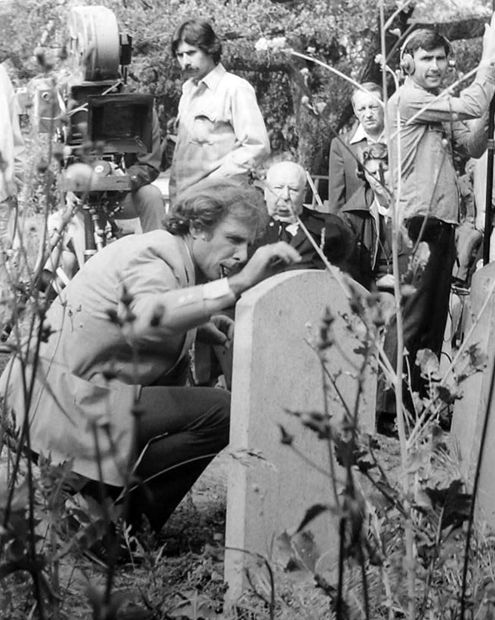 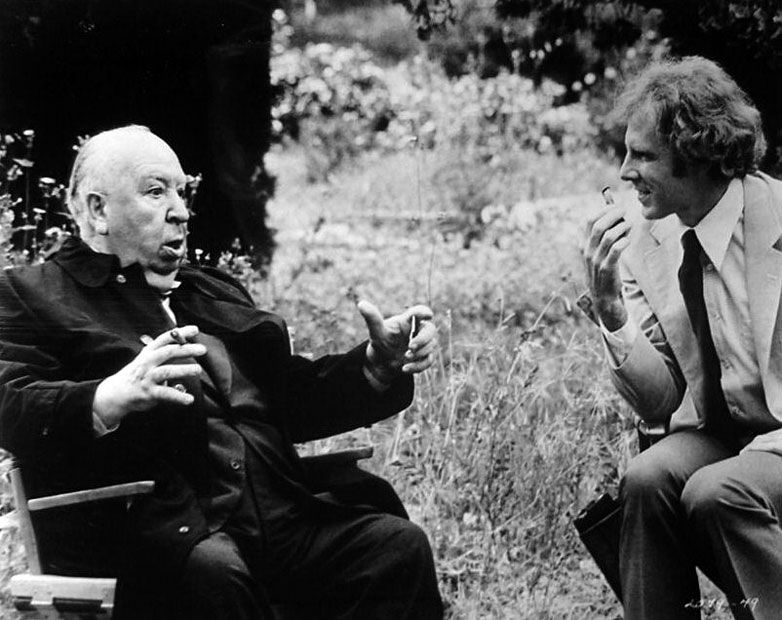