There are probably only a handful of storytellers of David Lynch’s caliber in the world today. From Eraserhead to Inland Empire, the Montana-born emperor of surreal filmmaking created and nurtured a very peculiar style, constantly dancing on the thin line between dreams and reality, facts and projections, keeping the audience all wrapped up in atmospheric nightmares they don’t wish to be awoken from. Lynch’s fourth feature, Blue Velvet, is a stunning American masterpiece, both visually enticing and thought-provoking, and the fantastic performances of Isabella Rossellini and Kyle MacLachlan are accompanied by the musical score of another of Lynch’s frequent collaborators, the great composer Angelo Badalamenti. However, it’s Dennis “don’t you fucking look at me” Hopper that ultimately steals the show: after Lynch agreed to cast him (“You have to let me play Frank! Because I am Frank!”), Hopper went on to create one of the best psychopathic antagonists in the history of film. Blue Velvet is a must-see and let us offer you some priceless advice—check out Lynch’s script we’ve prepared for this occasion. Quite simply, we’re dealing with one of the best writers in contemporary cinema, an artist who, as such, has plenty to offer to hungry minds of curious filmmakers-to-be.

A monumentally important screenplay. Dear every screenwriter/filmmaker, read David Lynch’s screenplay for Blue Velvet [PDF1, PDF2]. (NOTE: For educational and research purposes only). The DVD/Blu-ray of the film is available at Amazon and other online retailers. Absolutely our highest recommendation.

Lynch wrote two treatments of Blue Velvet at Warner’s request, but they hated both versions. The film was dead until Lynch finished filming Dune, and was asked by producer Dino De Laurentiis if he had any projects he’d like to do next. Lynch pitched Blue Velvet, with one condition—he had to have final cut. De Laurentiis agreed in exchange for Lynch cutting his salary and the film’s budget in half. Some questioned if it was wise for De Laurentiis to fund Lynch’s new project given the poor box office of Dune. According to Paul Sammon, former DEG vice-president of special promotions, “Dino appreciated David’s rather bizarre gifts, and besides, Dino’s system was to always presell everything through his European and international contacts, so he never lost money.”

With the project a go again, Lynch completed two more drafts of the screenplay to Blue Velvet. The catalyst to set the story in motion was Jeffrey’s discovery of the ear. “The ear is like a canal, it’s like an opening, little egress into another place… It’s like a ticket to another world that he finds. If he hadn’t found it, you know, he would have kept on going home and that would have been the end of it. But the fascination with this, once found, drew him into something he needed to discover and work through.” It was on the fourth and final draft that Lynch finally came up with the ending to the film. “I was sitting on a bench and I suddenly remembered this dream that I’d had the night before. And the dream was the ending to Blue Velvet. The dream gave me the police radio; the dream gave me Frank’s disguise; the dream gave me the gun in the yellow man’s jacket; the dream gave me the scene where Jeffrey was in the back of Dorothy’s apartment, sending the wrong message, knowing Frank would hear it. I don’t know how it happened, but I just had to plug and change a few things to bring it all together.” —Lynchnet

We also look forward to Benedict Fancy’s upcoming 25th anniversary retrospective documentary: It’s a Strange World—The Filming of Blue Velvet, which should provide an interesting look at the crew’s experience in North Carolina making the film with David Lynch.

Mysteries of Love is a 2002 documentary about David Lynch’s Blue Velvet, directed by Jeffrey Schwarz. The documentary includes clips from the film, footage and photographs from behind-the-scenes, and interviews with Lynch, Kyle MacLachlan, Isabella Rossellini, Dennis Hopper and others.

Dennis Hopper interviewed by David Brenner in 1986, just as David Lynch released his masterpiece, Blue Velvet, which would lead to a career renaissance for the actor. Hopper was married for a few years to Daria Halprin.

“I don’t want anyone to think that if you love Twin Peaks, you’ll love Wild at Heart. I’ve told my mother not to go anywhere near this picture. She saw Blue Velvet and had open-heart surgery right afterwards.” —David Lynch, Interviews

Photographs from the 25th Anniversary Blue Velvet Exhibit held in the Dennis Hopper Building, 20 Princess Street, Wilmington, North Carolina, November 9th through the 13th 2011. The majority of the photos below were taken on location during the production of David Lynch’s Blue Velvet in 1985 by Peter Braatz. Intended for editorial use only. All material for educational and noncommercial purposes only. 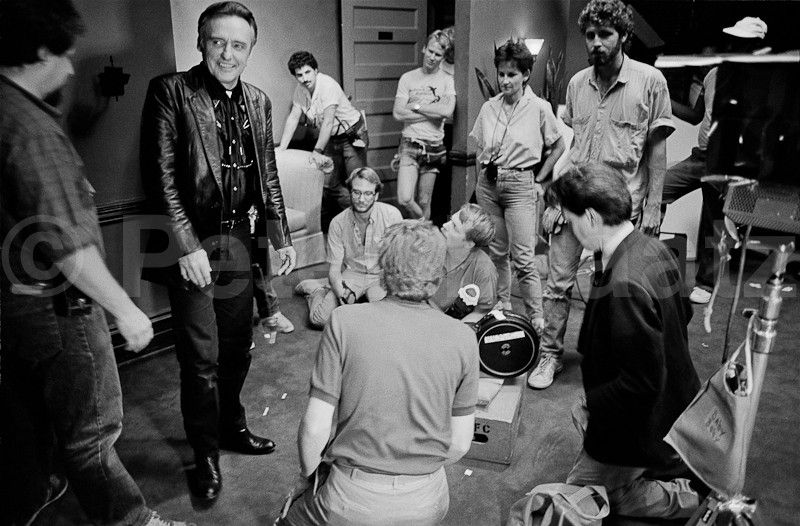 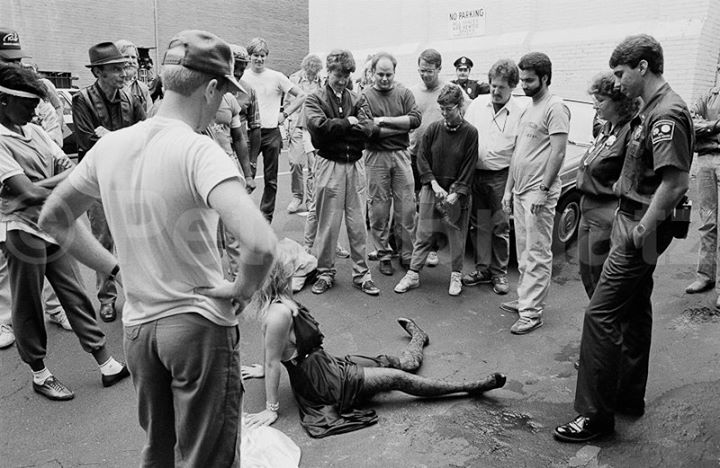 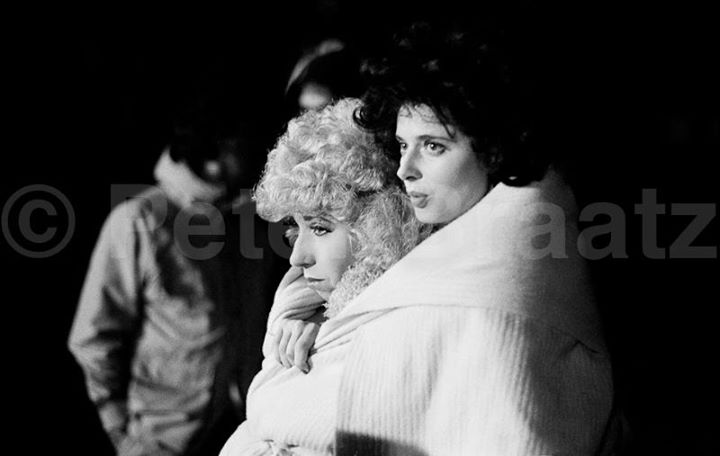 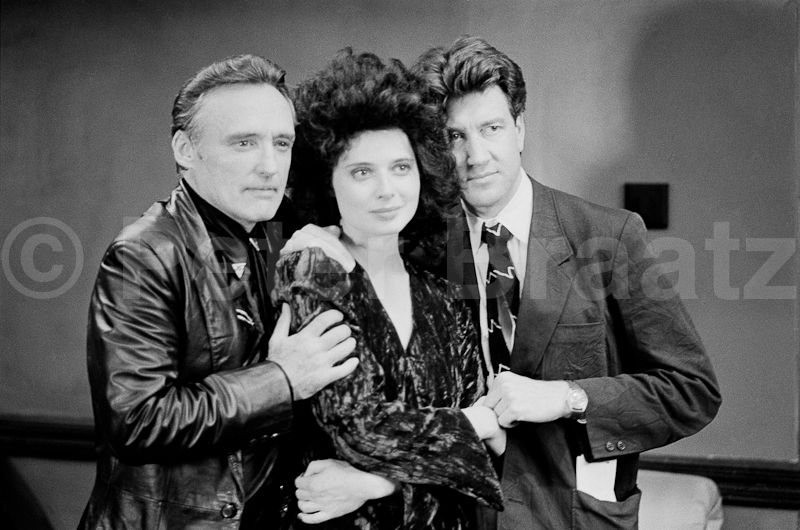 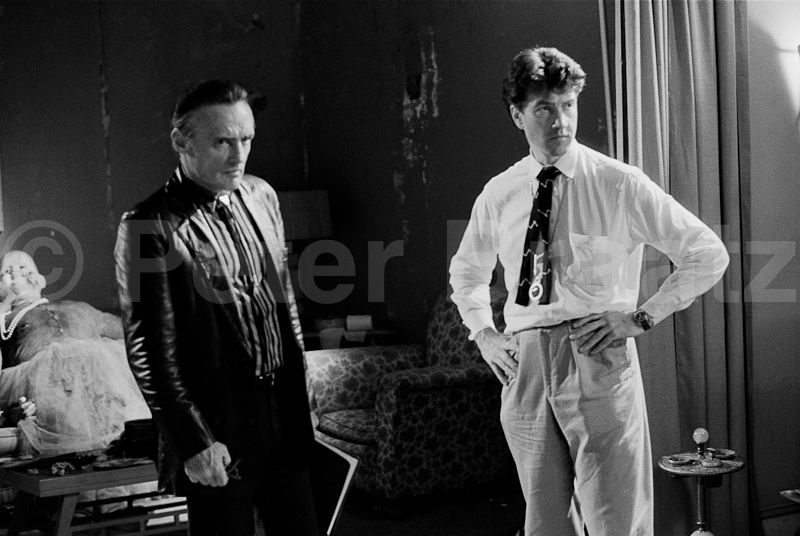 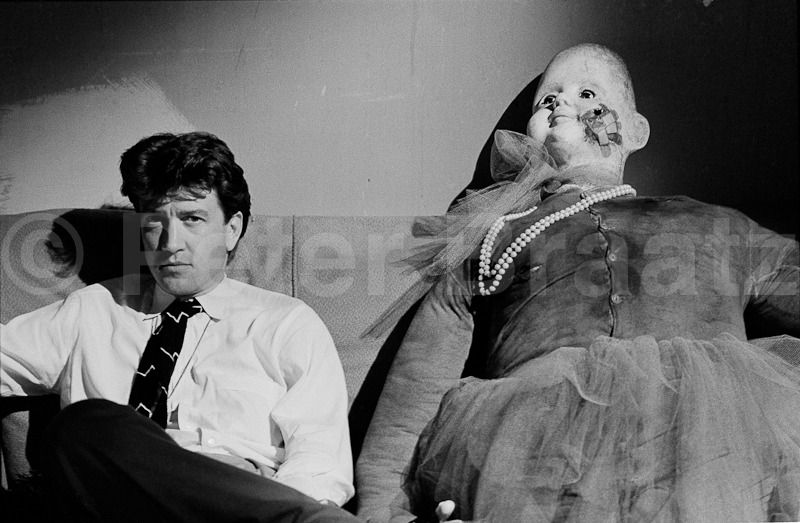 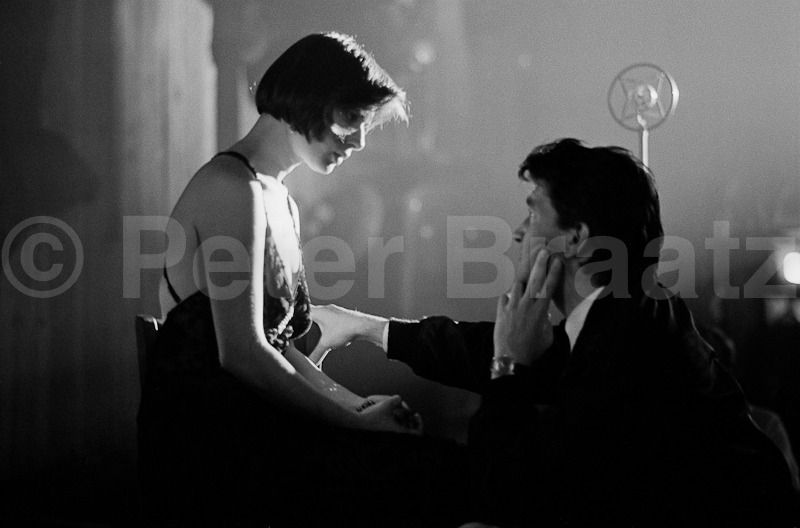 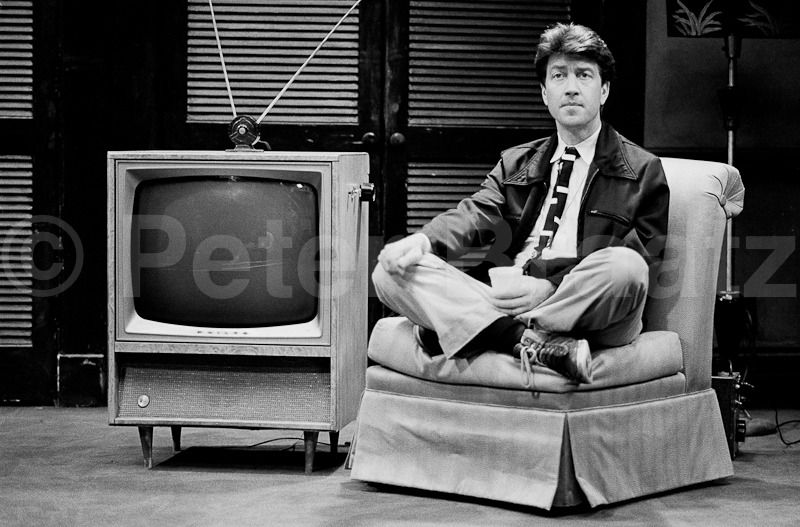 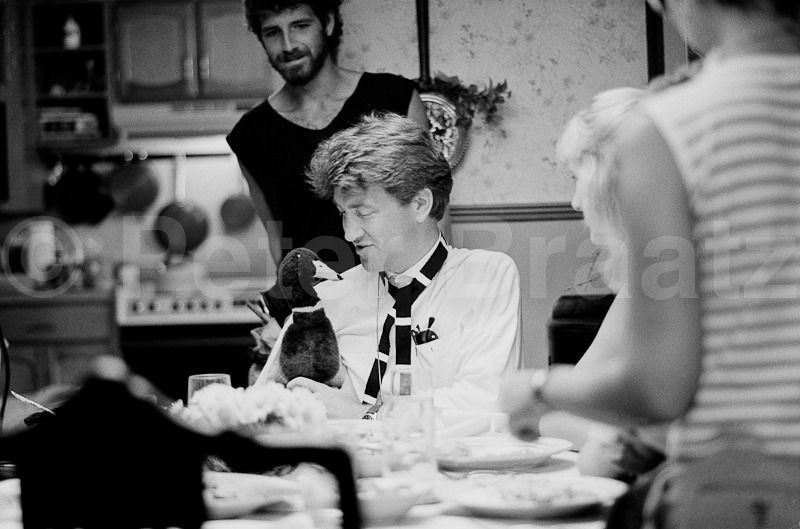 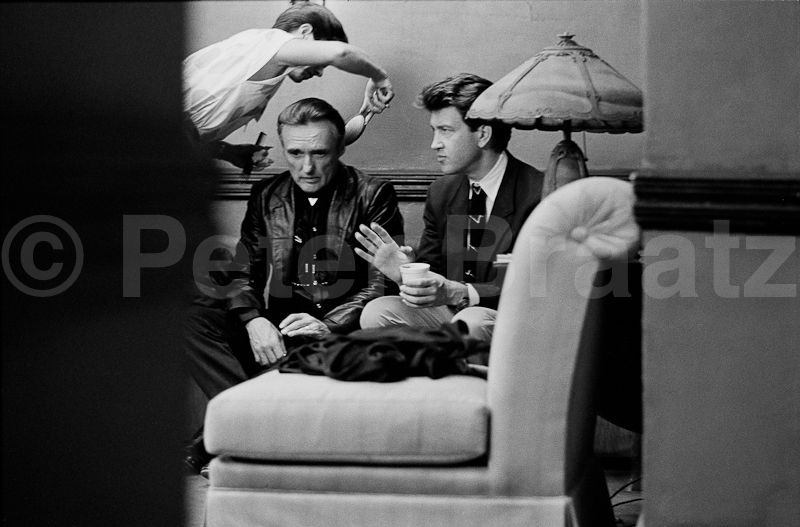 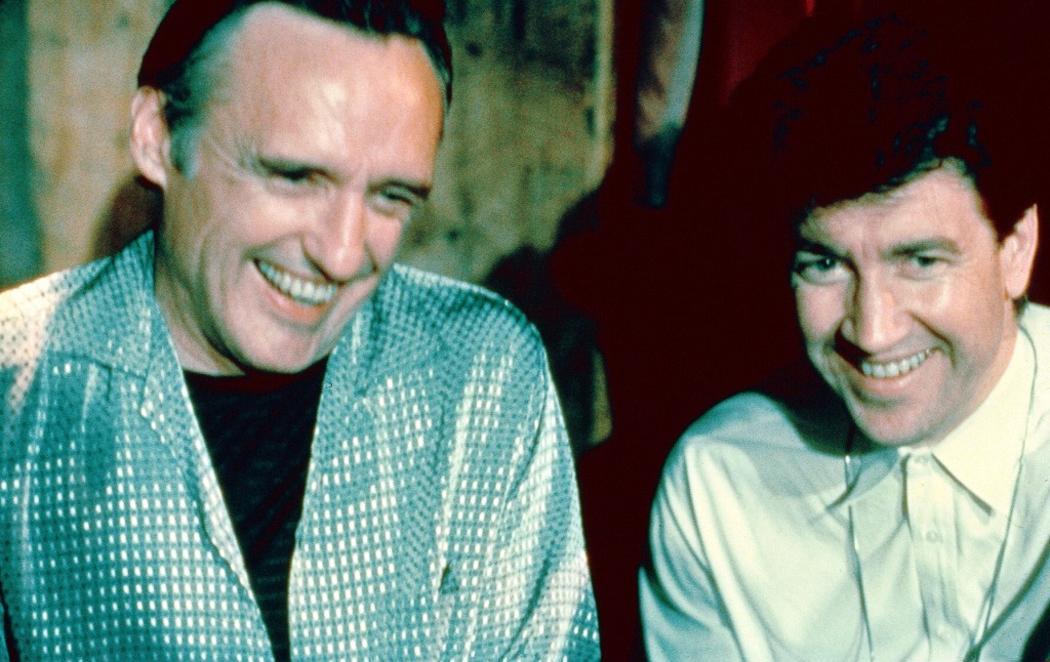 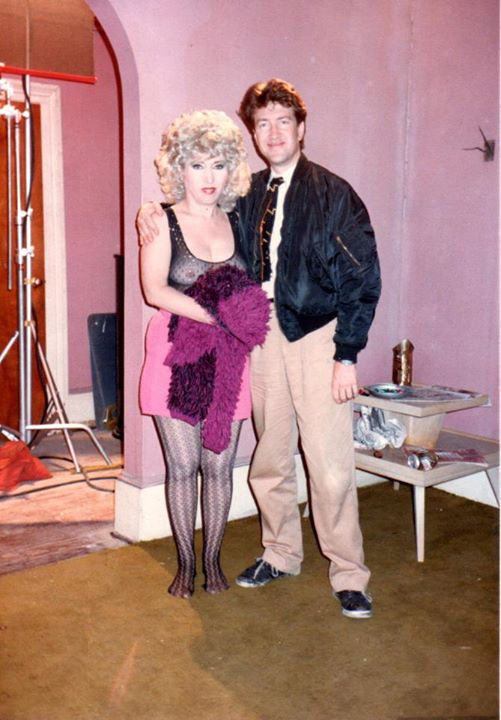 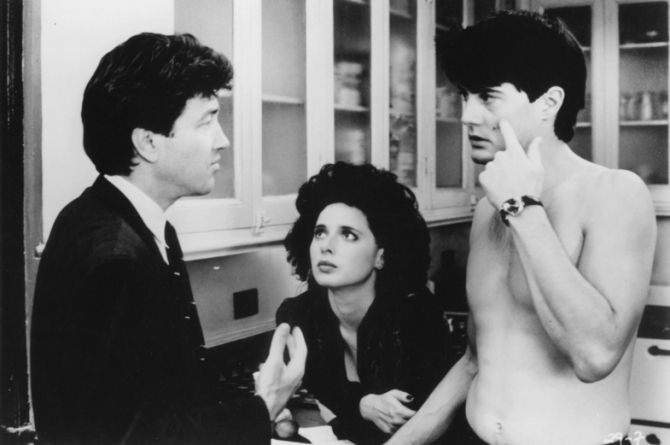 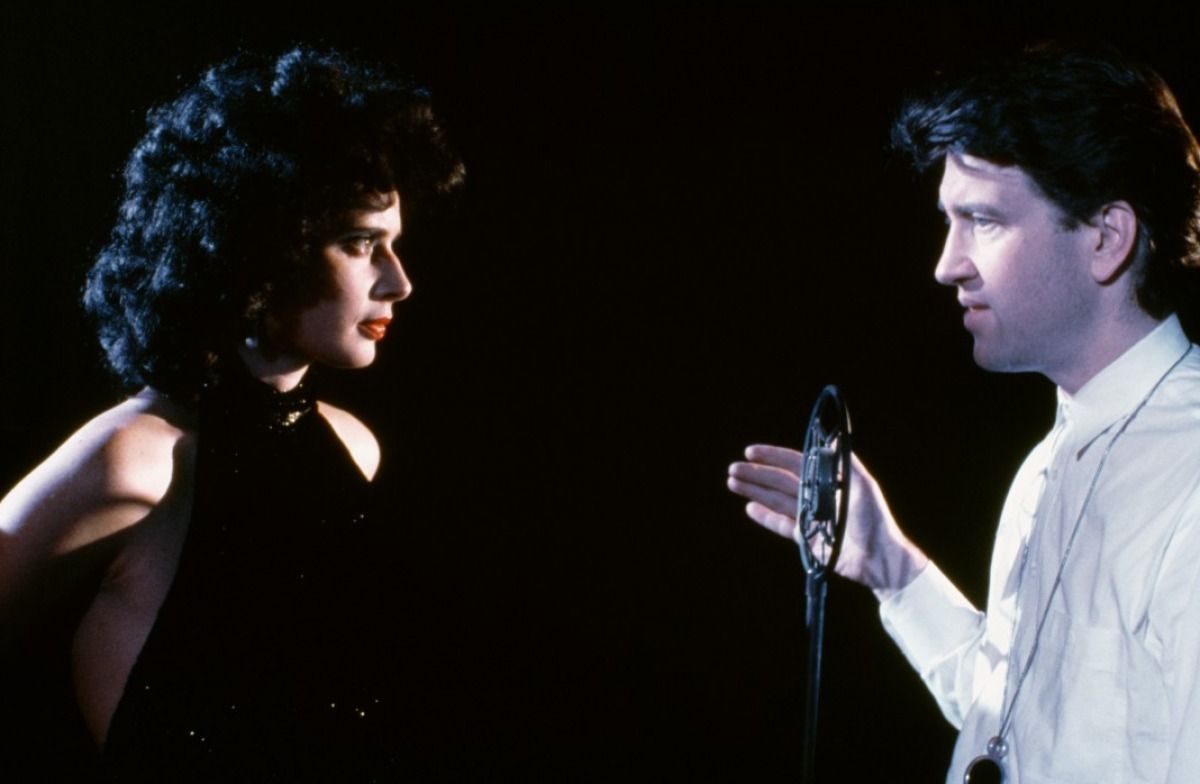 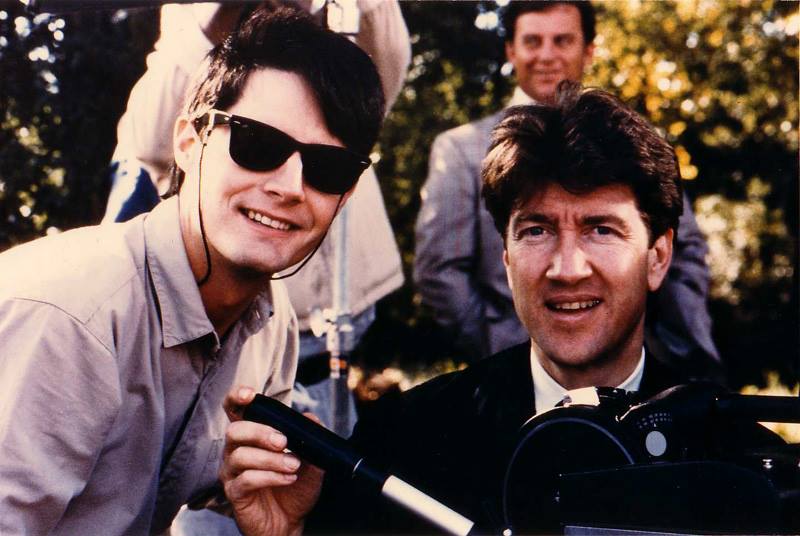 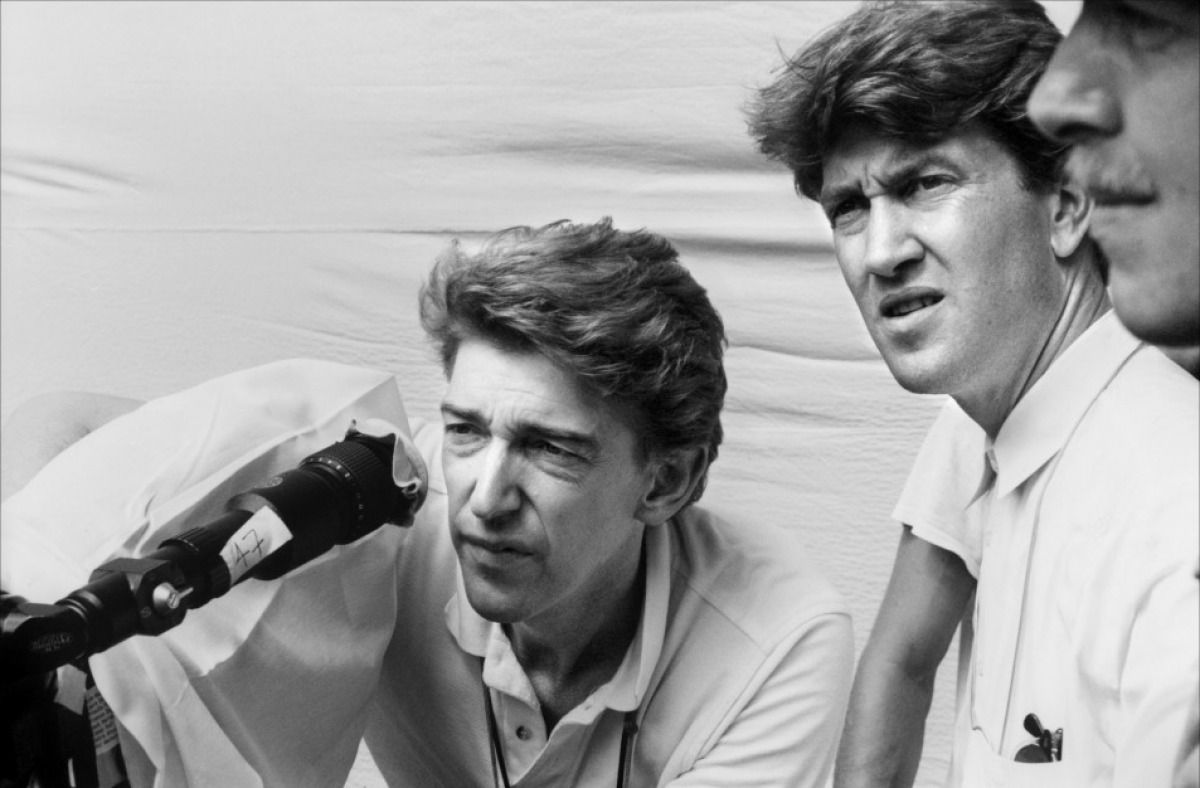 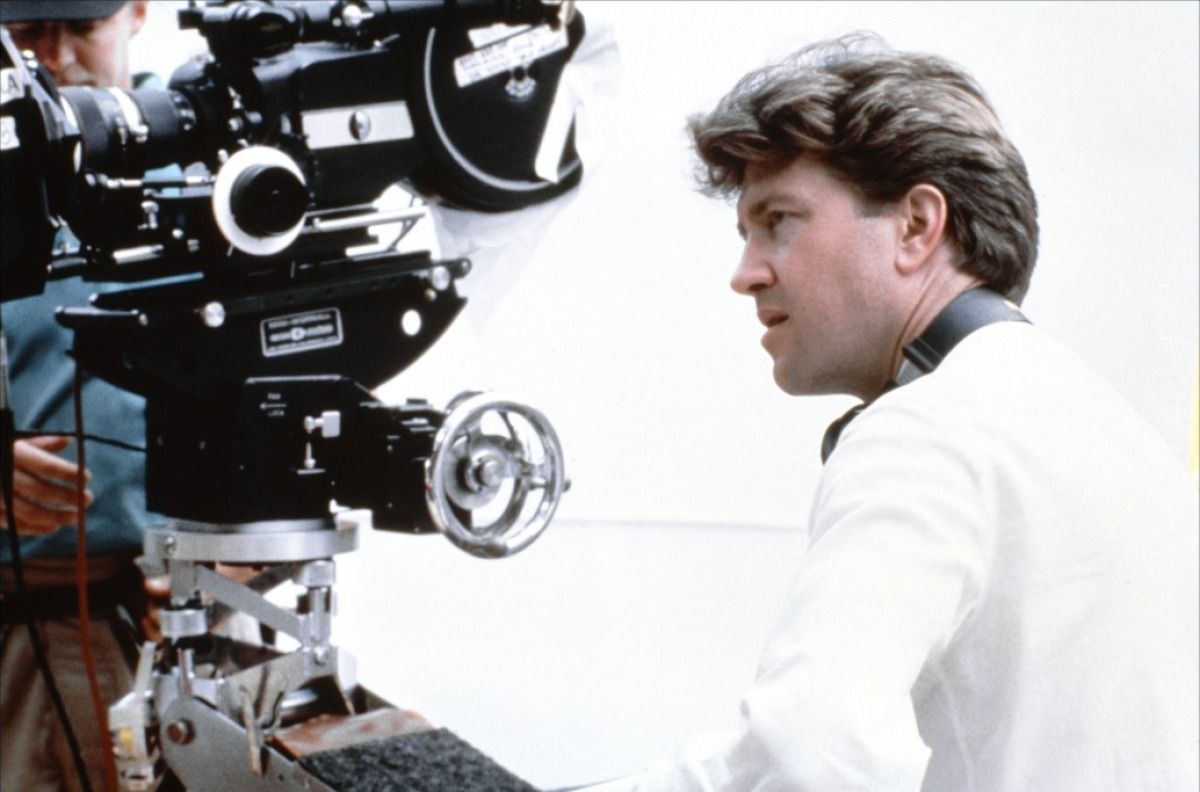 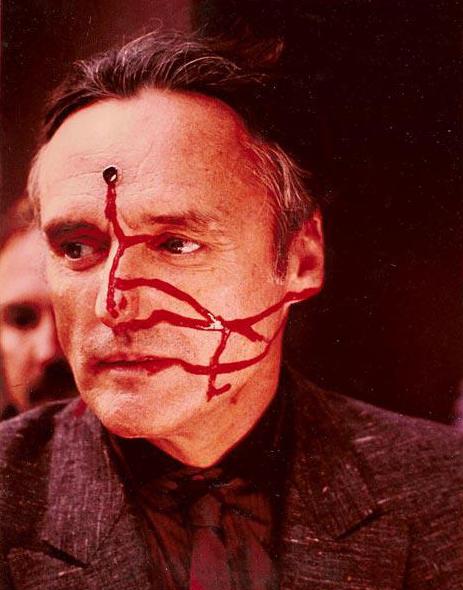 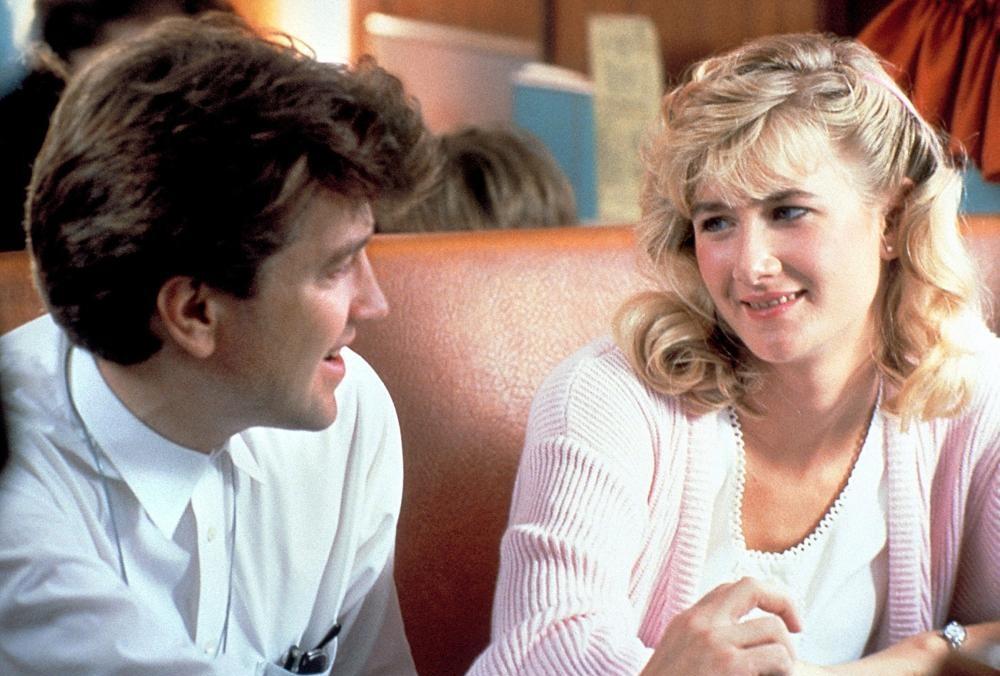 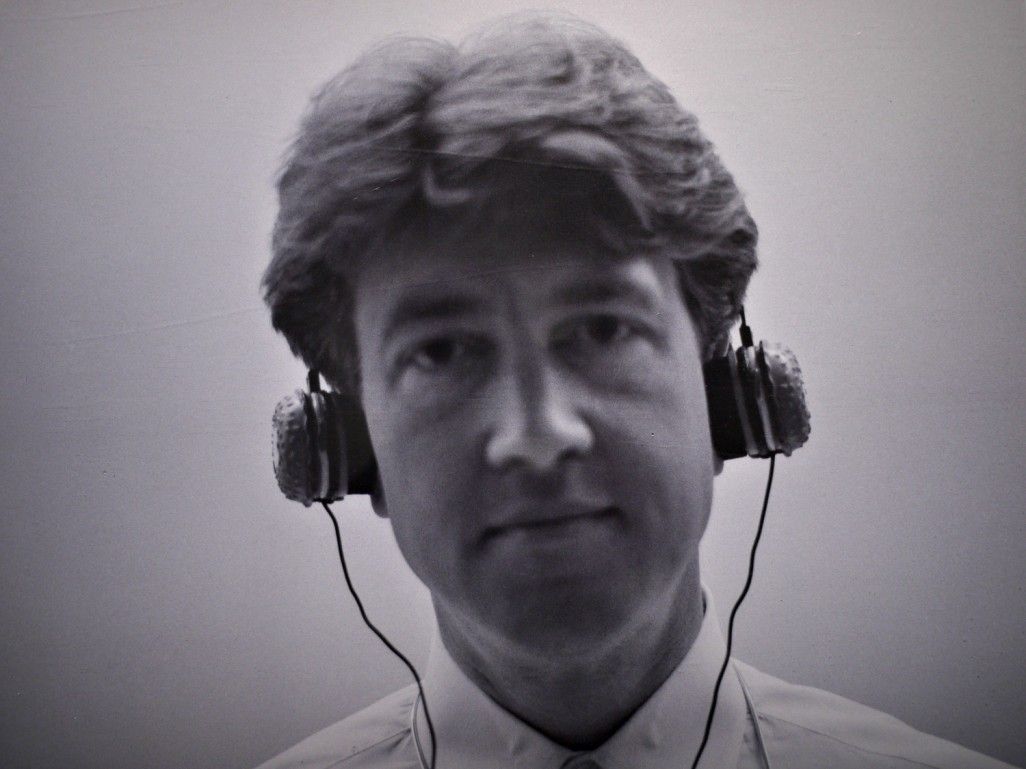 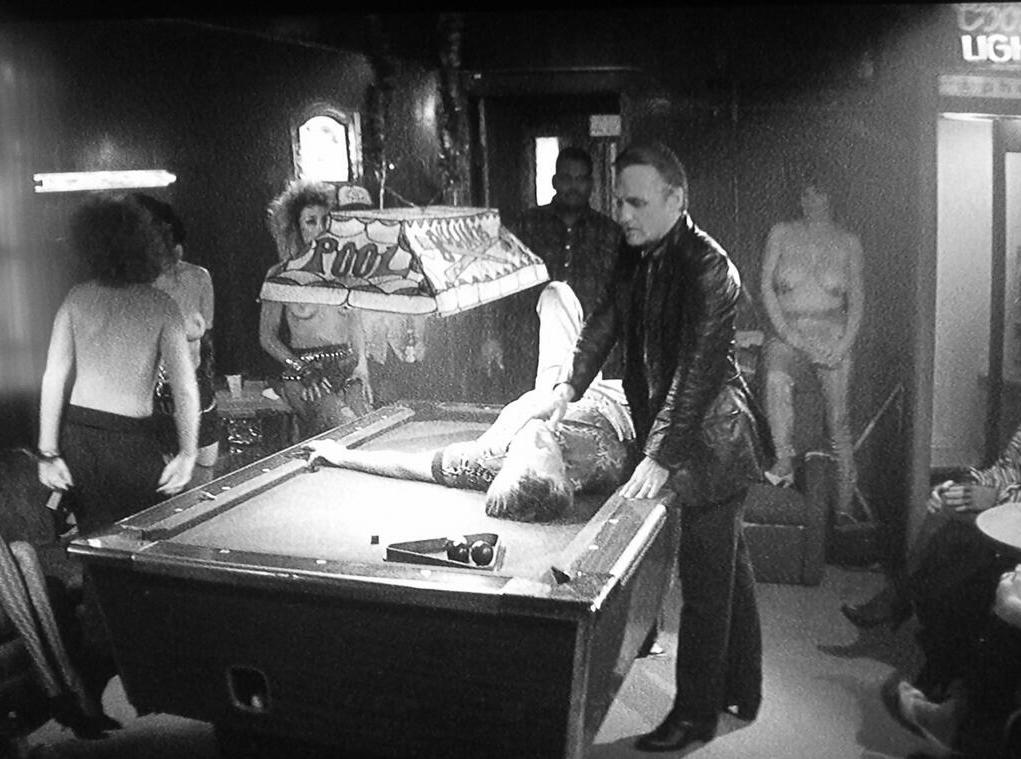 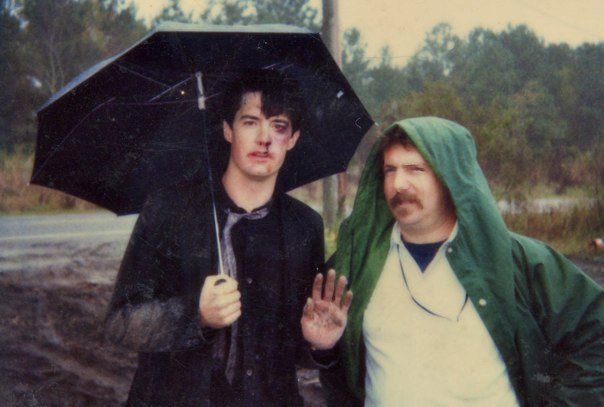 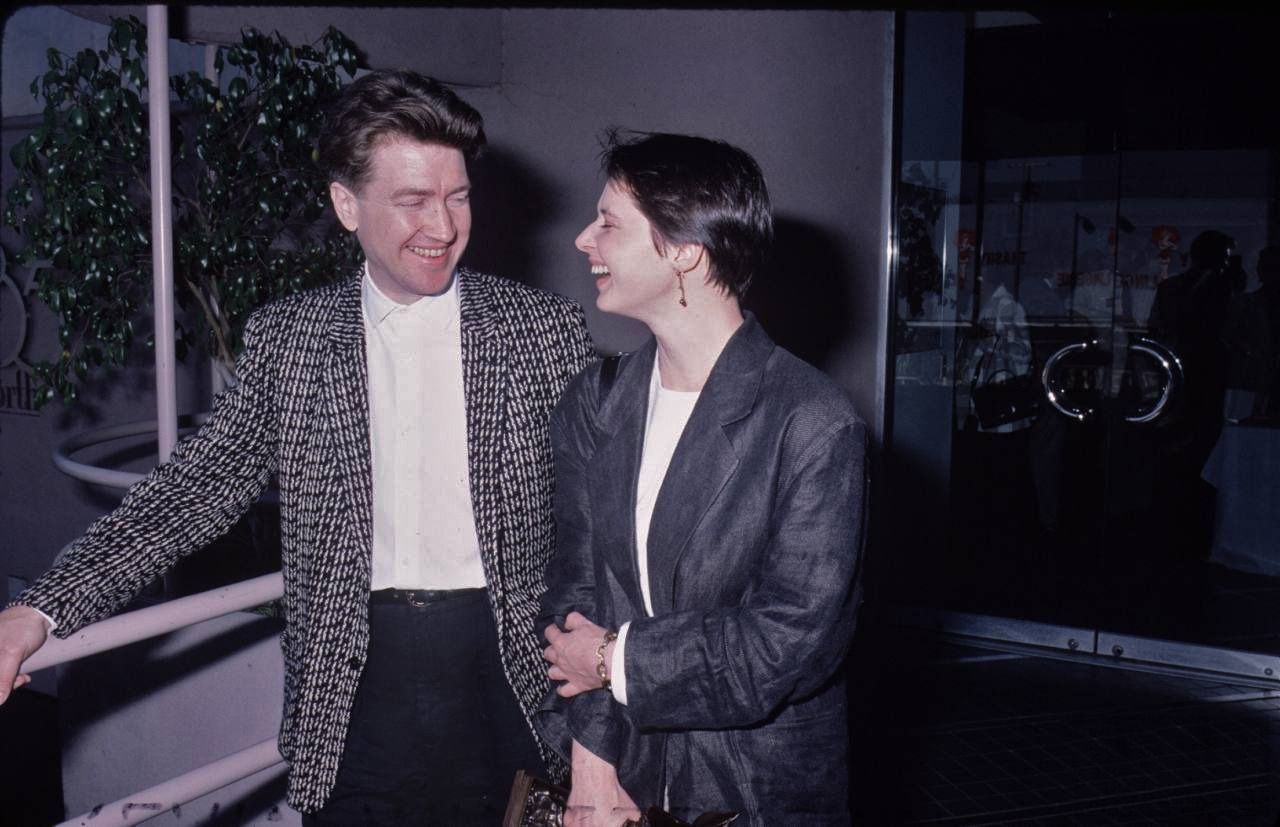 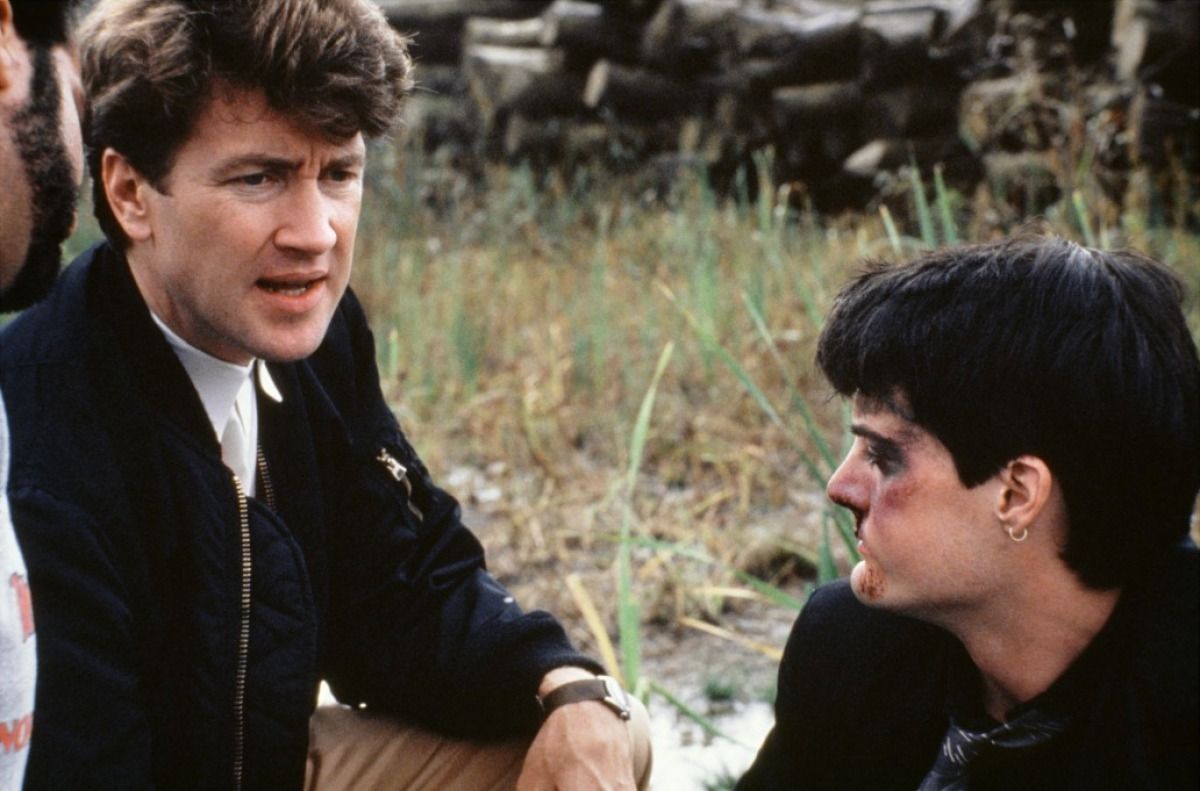 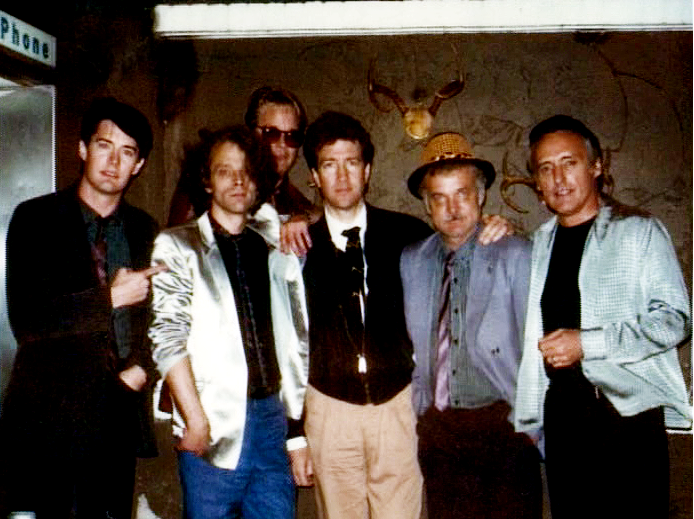