Stanley Kubrick’s daughter Katharina Kubrick revisits her old home at Abbots Mead. Broadcast on 10th of November 2015 on BBC1’s The One Show. Thanks to the original uploader of the video, UK TV-Cinemania. In January, 2006, the following post originally appeared at the Google Groups.

This is a turn of the (19th) Century house called Abbots Mead in Barnet Lane, sold to him by Simon ‘Pop Idol’ Cowell’s father, where Stanley Kubrick lived from 1965 to 1979. Nothing is really film-related about the houses of most directors unless they’ve been used for location shoots. Except that Kubrick worked almost exclusively from home. So this place was, in effect, ‘The Stanley Kubrick Studios.’ And for 14 years, with some exceptions, he researched, invented special-effects techniques, designed ultra-low light Mitchell cameras and lenses (now available for rent at Elstree Studios), pre-produced, edited, post-produced, advertised, distributed and carefully managed all aspects of four films from his extraordinary body of work from this very house. But always close enough to his chosen locations to drive back from the shoots at night and sleep in his own bed.

Kubrick’s career pretty much peaked in the middle in terms of sheer bravado, creativity and originality whilst he was living right here. You have to wonder just how much the house contributed to the following films: 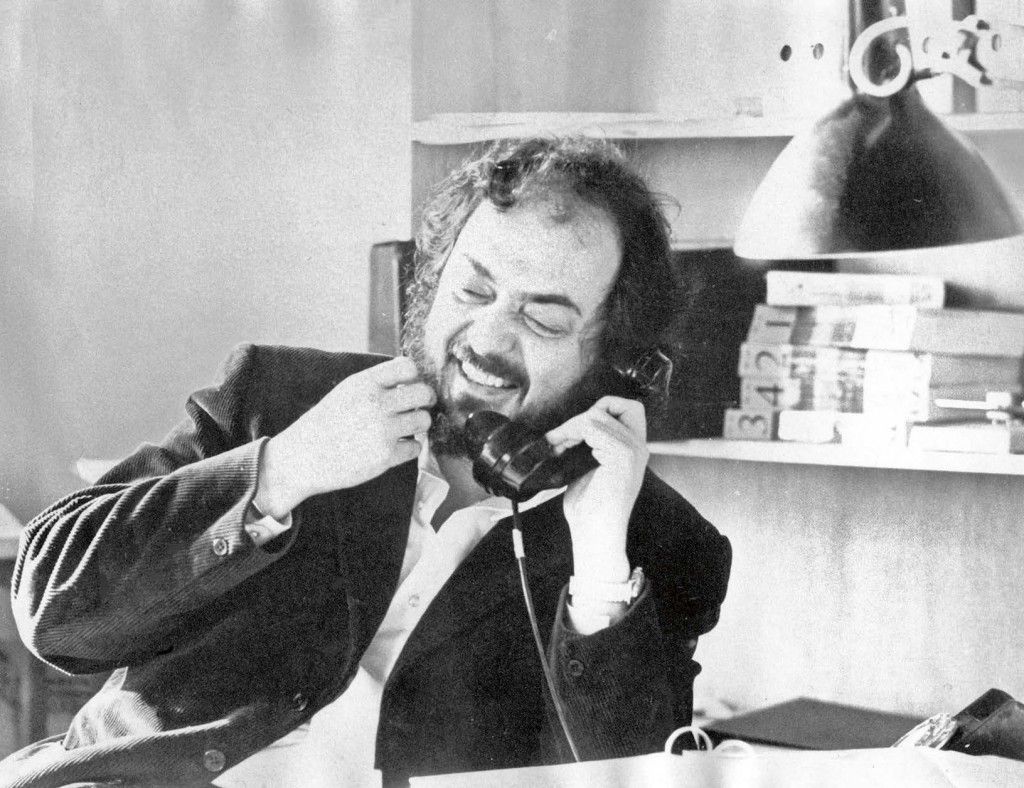 It’s almost a shrine to such brilliant filmmaking. For a man who always liked to keep his locations as close to home as possible—within a 10 mile radius you’ll find the following places:

Thamesmead, in particular Binsey Walk and Yarnton Way for a nocturnal whistleing Alex returning to his beat-up flat. 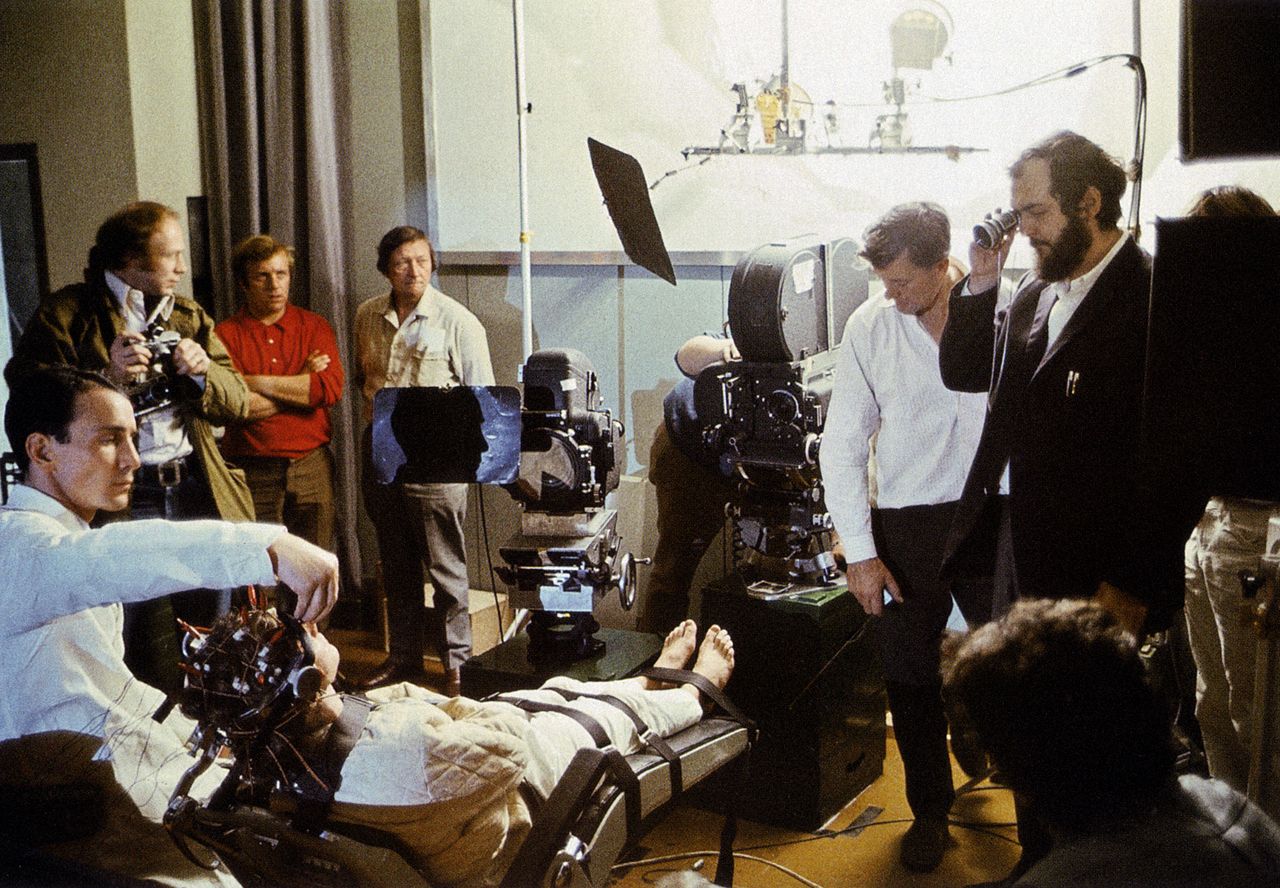 If you ever wanted to do the Clockwork Orange grand tour, it could be done in a couple of days. That’s how close all the locations turn out to be, with Bullhead Road half way between the old MGM Studio (2001: A Space Odyssey) and Elstree Studios as the ‘site’ of the Korova Milk Bar.

Ironically, although one of his high-points at this place must have been cosying up on the sofa to watch yourself get an Oscar for 2001, it was here that after receiving hate mail and even death threats he felt physically very vulnerable. So much so, after UK Police advised him, he asked Warner Brothers to withdraw the film from distribution in the UK for his and the family’s own safety. ACO consolidated his tour-de-force after Dr. Strangelove and 2001, but it also introduced a sour note. Hey, it’s not easy being an adventurous young filmmaker whose principal interests are ultra-controversial films, not getting ‘raped’ for them and a lot of classical music.

For Barry Lyndon it must have pained him to be away for so long in Ireland and around the UK. Well, it got him out of the house, as they say. Still, he did get to pre and post-produce at home. His next house looks like something out of Barry Lyndon. Truly palatial and grand. So the Boy From the Bronx made it to the top of meritocratic society.

For The Shining it was a ten-minute drive to Elstree Studios in Borehamwood. Practically all the sets were built from scratch on the sound stages and the exterior front of the Overlook Hotel was built on the backlot. If I’m not wrong this area would now be the Tesco supermarket right by the studios. This was statistically his most ‘at-home’ movie. And no location shooting done by Kubrick in person. That was always down to the 2nd Unit. Only the final editing was carried out at his new home in Childwickbury.

In 2005 on a Google search, Abotts Mead Lodge with 4 bedrooms turns up for rent via Palmer Mandley & Sparrow for US $5000 per month. I presume that’s the smaller house by the entrance. I wonder how much the big Victorian house is?

Vivian Kubrick, his daughter, coined the alias Abigail Mead on Full Metal Jacket for the credits, partly based on her old home.

The letters ‘Abbots’ appear in gold on the left hand side of the entrance gate and ‘Mead’ on the other side. The house next door to the West is ‘Friars Mead.’

In Taschen’s book ‘The Stanley Kubrick Archives’ a number of photographs taken at this house are included. Cats lounging on Steenbeck editing tables, Stanley comparing two identical takes from Barry Lyndon on two different Steenbecks in the garage where he set up the editing rooms.

If you’re a Kubrick fan, then in this world there are not many things of his you can reach out and touch, monolith style. There are the fake autographs on eBay, the remastered DVDs, the bio books and of course the real locations. Visiting them is like walking onto the sets, especially at Thamesmead (where Alex beats Dim and Pete into the water), which is just as ominous today as it was then. You can appreciate how he framed his camera; why he chose certain angles. I’ll let you discover that for yourselves.

Hurry while they last. Stanley filmed quite often in the early morning or late evening to get the light just right. Try and be there at the ‘magic hour.’ Thamesmead is in the process of demolition as of 2008.

Previously unseen photos of Stanley Kubrick editing Barry Lyndon in the converted garage of his home in Abbots Mead, December 1974. Many thanks to Vivian Kubrick for sharing these amazing photos.