Writing isn’t easy. Since a great deal of our readership is comprised of film lovers, much of whom are directors, writers, journalists, or have at least tried to convey their thoughts through paper once or twice, I probably don’t have to tell you that. Yet there are times when words simply pour out of me, often after seeing films or reading books that move me on the emotional level, causing a shock, surprise, deep sadness or honest joy. Kevin Slack’s 10-minute short film The Drought is one of those jewels that almost effortlessly hit the heart and stay with you long after the end credits.

The story of an elderly man who sells umbrellas in the heat-strickenly dry Brooklyn is beautiful in its simplicity and very touching in its honesty. A sad, lonely old man struggles to make a living, cruising through monotonous life having only the memories of his late wife as brief moments of solace and happiness.

A great, subtle performance from Ed Lyndeck makes sure the film’s essence hits the right chords. Director of photography John Paul Clark does a brilliant job in creating the visual identity of the film — beside the fact we actually feel the heat through the screen, The Drought is aesthetically impeccable. Richly colored, full of rewarding little details, extremely cheap on dialogue, this film has so much heart and soul that it filled me with sadness and happiness at the same time. Which is what life really comes down to, when you think about it. Gorgeous piece of filmmaking.

Why did you make the film?
I had honestly been in a bit of a writing rut for a while. I found it hard to come up with something I actually cared about spending time on. Then one night it was pouring in Manhattan and I was watching the news when a reporter interviewed an umbrella salesman on the street. The salesman said he was the only one thrilled it was raining and by the next morning I had the first draft. There was something in his honesty about needing the rain to feed his family that struck a chord with me. My grandfather had just passed away a few months before and so the main character, Jonas, was inspired by my Grandmother being alone for the first time after some 50 years. It immediately felt like a story I had to tell.

Why do you want to be a filmmaker?
I don’t think I’m happier than when I’m on set and in the editing room. There is something still so magical about seeing an idea I wrote on a blank page come to life in front of me. As much as I am a fan of the classic auteurs like Hitchcock and Kubrick, one of my favorite aspects of filmmaking is the collaboration. I know I couldn’t make films without the help of the cast and crew and I do my best to make sure I’m the least experienced member of the team so that I’m constantly learning. Filmmaking is the greatest and grandest art form there is and no other art form has this kind of beautiful collaboration. 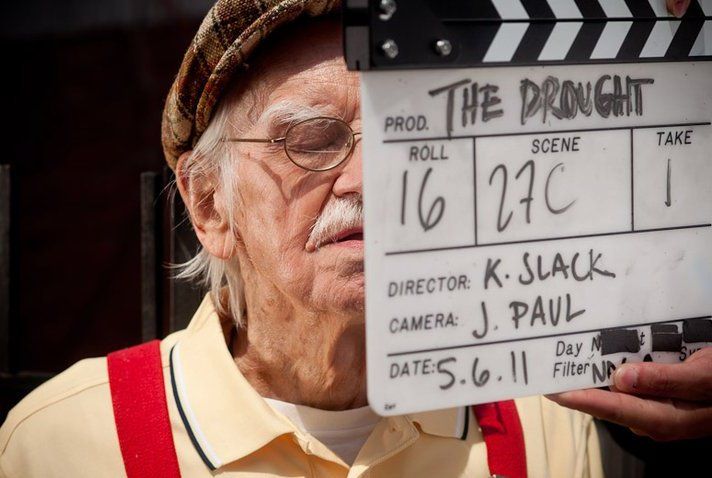 Who are your cinematic role models, if any?
I’m fascinated and inspired with people like Paul Thomas Anderson, Kubrick, Cassavettes, Steve McQueen, the Coen Brothers, Scorsese, Terrence Malick and Hitchcock. These are filmmakers that seem to find ways to make the films they want to make no matter what. I tend to be attracted to filmmakers who seem like outsiders but infiltrate the mainstream every now and then. They inspire me to be clear about my ideas, be confident and set out to make the best film I can make. They inspire me to tell personal stories about humanity and stories that are grounded in reality.

I also want to just note a few “newer” filmmakers that I find myself following closely. I think this will be a group we hear about for years to come and these people are sort of already becoming trendsetters. People like Destin Daniel Cretton, Reed Morano, AG Rojas, Emily Kai Block, Megan Ellison, Jeff Nichols, Daniels and the not so new Nicolas Winding Refn. These are the newer class of filmmakers that keep me motivated and inspired. I hope to be working alongside them in the years to come. —Kevin Slack, Director 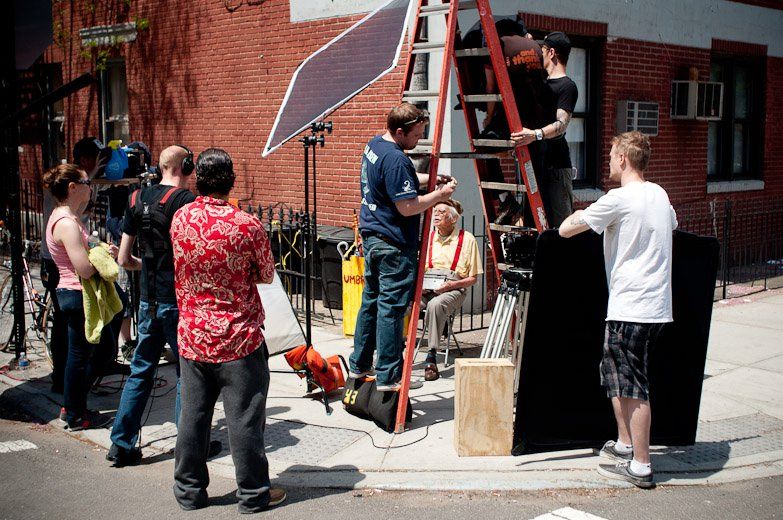 If you liked The Drought, you might be interested to know Kevin is currently in pre-production for his feature directorial debut on a dramatic film called Oriole Park. The film is starring Joey King and Joel Murray, and they were just voted as Indiewire’s “Project of the Day” and “Project of the Week.” Kevin’s other short films include Every Word Handwritten and This Is Mary, while his music videos have millions of views and have been shown on MTV, VH1 and other channels of that type.