Following the death of Ken Russell in November 2011, Alan Yentob looks back over the career of the flamboyant film director responsible for Women In Love, Tommy and The Devils. Friends and admirers—including Glenda Jackson, Terry Gilliam, Twiggy, Melvyn Bragg, Robert Powell and Roger Daltrey—recall a pioneering documentary-maker, talented photographer and fearless film director. When at the BBC in the Sixties, Russell first established his name with brilliant documentaries on Elgar, Delius and Debussy. Not only did he bring alive their music with inspiring images, he also humanised them by using actors, something unthinkable in factual filmmaking at the time. His unfettered imagination soon led to feature films. Women in Love earned Glenda Jackson an Oscar and notoriety for a nude wrestling scene featuring Oliver Reed and Alan Bates. Although infamy dogged him with The Devils, he enjoyed considerable commercial success with The Boyfriend and his extravagant take on The Who’s Tommy. Furiously creative to the end, Russell showed himself determined to pursue his original ideas, sometimes regardless of the personal cost.

Watch the full documentary below, and a great thanks to UK TV—Cinemania for sharing it.

Before gaining worldwide fame for such daring and flamboyant films as The Music Lovers, Tommy and Altered States, English director Ken Russell cut his teeth at the BBC, making groundbreaking documentaries that featured re-enactments, and setting new standards in filmmaking. Ken Russell at the BBC earns an easy highly recommended. 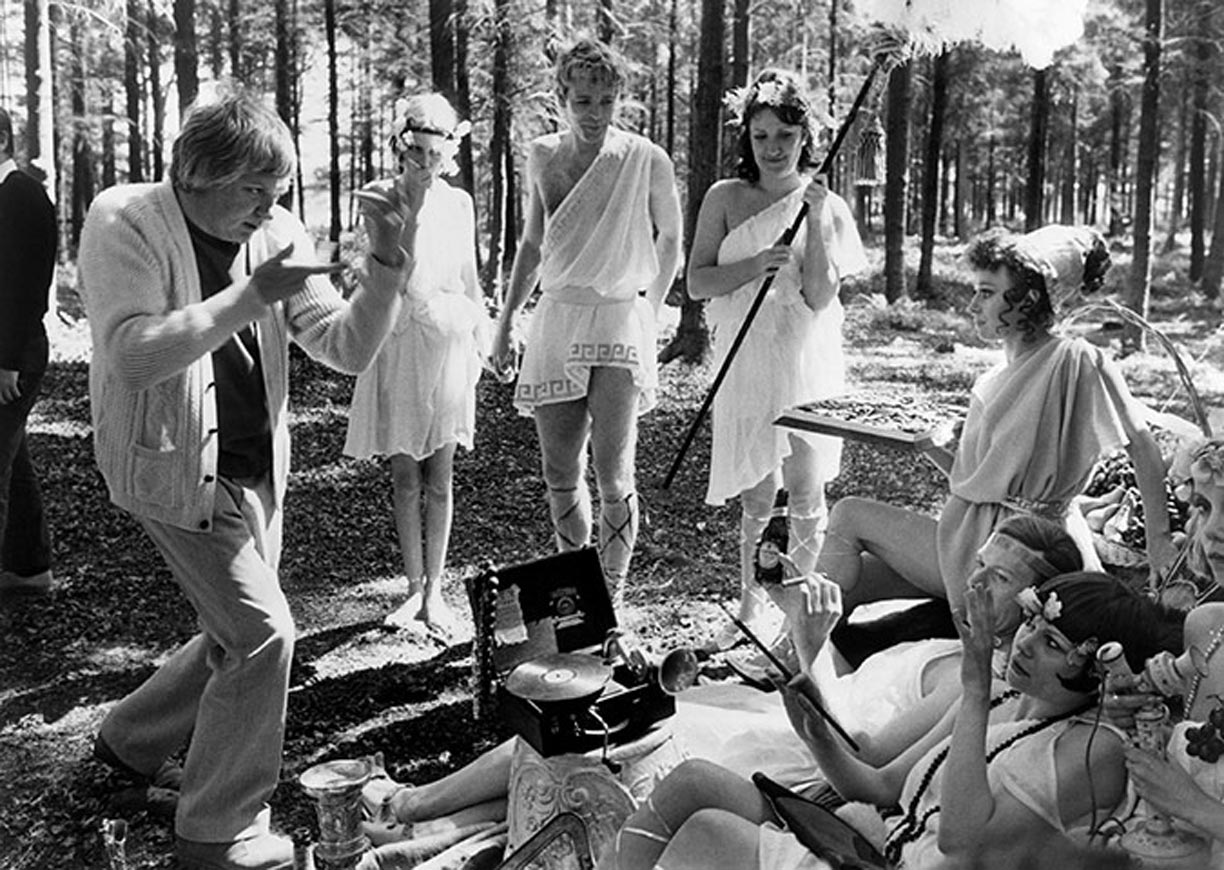 “The Debussy Film is Russell developing the style and technique that would make him internationally recognized as one of the greatest directors of the twentieth century. His approach was revolutionary and brilliant, and The Debussy Film changed television and cinematic biography for good. It also revealed another side to Oliver Reed (who is quite brilliant) and Vladek Sheybal, who was usually typecast as KGB agents. The film also contains cameos form artists Duggie Fields and Pauline Boty.” —Paul Gallagher

Director of Devils is a quasi-PR piece made around the time of the film’s release. Running 22-minutes it features Ken Russell, being driven somewhere, talking about the film and its controversy. He talks about the Huxley book, the large amounts of research that went into it, and even goes over the historical facts he unearthed. The film also features behind-the-scenes footage from the shoot, which offers alternate angles to certain scenes, looks at the sets, and even presents footage in the latter half of the film’s score being recorded for the final moments being recorded. Excellent little featurette.