Rest in peace, dear, beautiful, brilliant Robin Williams. Terry Gilliam, who directed Williams in The Fisher King, posted a tribute on Facebook, writing: “Robin Williams, the most astonishingly funny, brilliant, profound and silly miracle of mind and spirit, has left the planet. He was a giant heart, a fireball friend, a wondrous gift from the gods. Now the selfish bastards have taken him back. Fuck ‘em!” Jeff Bridges, who co-starred in The Fisher King  with the late actor: “Such a brilliant human being. I feel Robin coming in now. ‘Get on with it, Bridges! On with the show!’”

A wonderful and fascinating scene-by-scene audio commentary by director Terry Gilliam, available only on now-obsolete LaserDisc. There’s so many levels to a Gilliam picture and it’s fascinating to have him open the layers of creativity [mp3].

This scene wasn’t a challenge to shoot as far as effects are concerned, but it was very hard from an acting point of view, because Robin was tearing his guts out emotionally. The interesting thing about Robin in all of those scenes was that he always wanted to do another take. He felt he had even more anguish and pain to spill out of the character. And I had to really stop him. I had to say, ‘Robin, you’ve reached a point here, way beyond what we expected. We’ve got what we needed. Now you’re just hurting yourself.’ That happened a couple of times while we were shooting this scene. The most worrisome moment for me was after he’s been chased by the Red Knight, when he’s running through the streets, and then he comes to the river, where the teenage punks arrive and knife him. We had to do other things on that night shoot, too, and things were going very slowly. Suddenly, we realized that we had like an hour until the dawn [would arrive]. 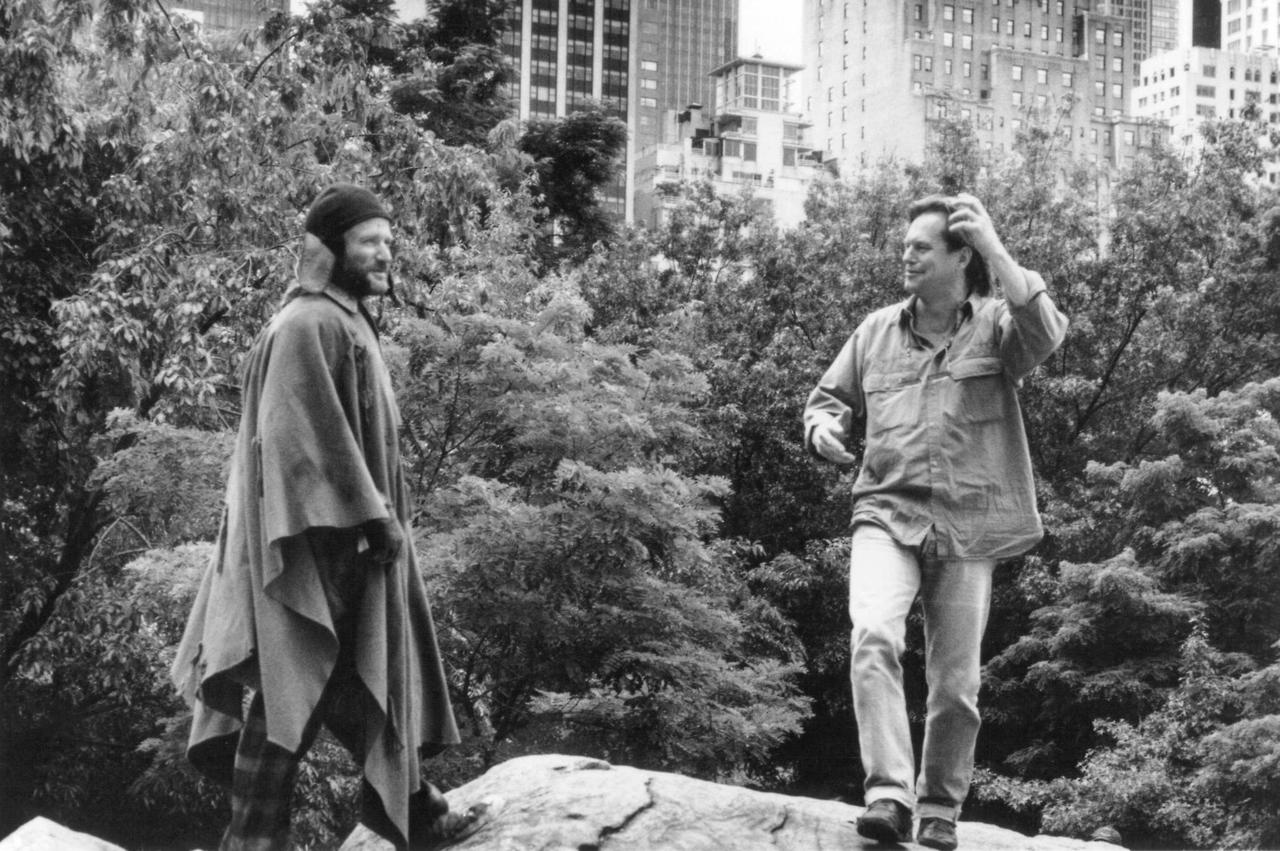 The last shot we had to do was Robin running at the end of this scene, in this hysterical state. You can even see the light ever so slightly beginning to come on the river in the background. But Robin was so angry because it was such a crucial moment, and he felt he’d been cheated of his ability to really give this moment his all. And Robin was an incredibly strong guy: When he’d worked himself into this state of madness for the part, nobody could approach him. The first assistant, the stunt guy… nobody wanted to get near him. They were terrified. So, I had to go up there and tell him, ‘Robin, what we have here is very good. And if we look at the rushes and it isn’t, I promise you I will reshoot it.’ And I had to hug him basically, and hold him. I could feel these muscles that were so tense and so strong, they felt like they could easily rip my head off.

But that’s what was so extraordinary about him — how he would commit everything and more to what he had to do. That’s also why I think his character in The Fisher King is in many ways the closest one to Robin, just that range — the madness, the damage, the pain, the sweetness, the outrageousness. That was the role I think that stretched him to the limits. —Terry Gilliam breaks down a particularly hard night with Robin Williams on The Fisher King by Bilge Ebiri

Dear every screenwriter, read this: Richard LaGravenese’s screenplay for The Fisher King [pdf]. (NOTE: For educational purposes only). The DVD/Blu-ray of the film is available at Amazon and other online retailers. Absolutely our highest recommendation. Photos by: Jeff Bridges; Terry Gilliam and Robin Williams on the set of The Fisher King courtesy of Everett Collection.

Robin Williams was a genius, but he was also a dedicated craftsman who explored how an actor could express character through movement. Join Every Frame a Painting‘s Tony Zhou in honoring this tiny facet of his work.

No matter what anybody tells you, words and ideas can change the world.