In a touching, minimalistically staged and well-acted story, Ian Ebright brings forth a world where the life of every man, woman and child is conditioned by foreign policy, governed by the constant threat from the sky, disrupted by division, fear, anger and revenge. The world is the Middle East, the protagonists are an old shepherd and his son, a wise, experienced man who felt the tragic consequences of war and a boy who simultaneously tries to make sense of it all and listen to his father’s peaceful words not easily reconcilable with the temperament of his boiling young blood. The plot takes a turn when they encounter two resistance fighter eager to cleanse the land of American presence.

Ebright’s story is hardly a moralistic one and steers clear from giving a standard black-and-white perspective. To sum this 16-minute film up as a simple critique of politics would be to do great injustice to what we found to be in the heart of this award-winning short. By concentrating on a single tragic event in a place whose history is practically compiled of one tragedy after another, Ebright manages to tell a story of much wider margins, offering us a slice of life, as bitter, disturbing, gut-wrenching as it is. In barely a quarter of an hour, we’re exploring a world most people like to turn their gaze away from. The ability to say so much in so few words and images is an unwavering testament to the filmmaker’s prowess, and he is helped generously not only by delightfully honest performances from Maz Siam and Mohamad Tamimi, but also by eye-soothing cinematography by the director of photography Ty Migota. The crew invested a lot of effort into the authenticity of the story, something that Ebright obviously cares deeply about, and the result is completely satisfying. From the Sky looks genuine through and through, the location helps a great deal in the process of creating the eerie, depressing atmosphere, perhaps an ideal arena for writing this ode to human spirit, this comment on the human nature and the analysis of the amount of pain and the severity of consequences a single push of a Washington-based button can cause.

The problem of drones has been widely discussed, with special emphasis on civilian casualties. Reports have been published, numbers have been tossed around, collateral damage was often ignored, disguised as a necessity in the process of allegedly making the world a safer place. Stories like this debunk myths, turn numbers into real persons, translate political reports into tragedies that keep happening somewhere far away, from where explosions can’t be heard, from where cries for help and mercy can’t reach the ears of the west. Politically and socially relevant, skillfully written and beautifully shot, From the Sky is a short film you should really immerse into. 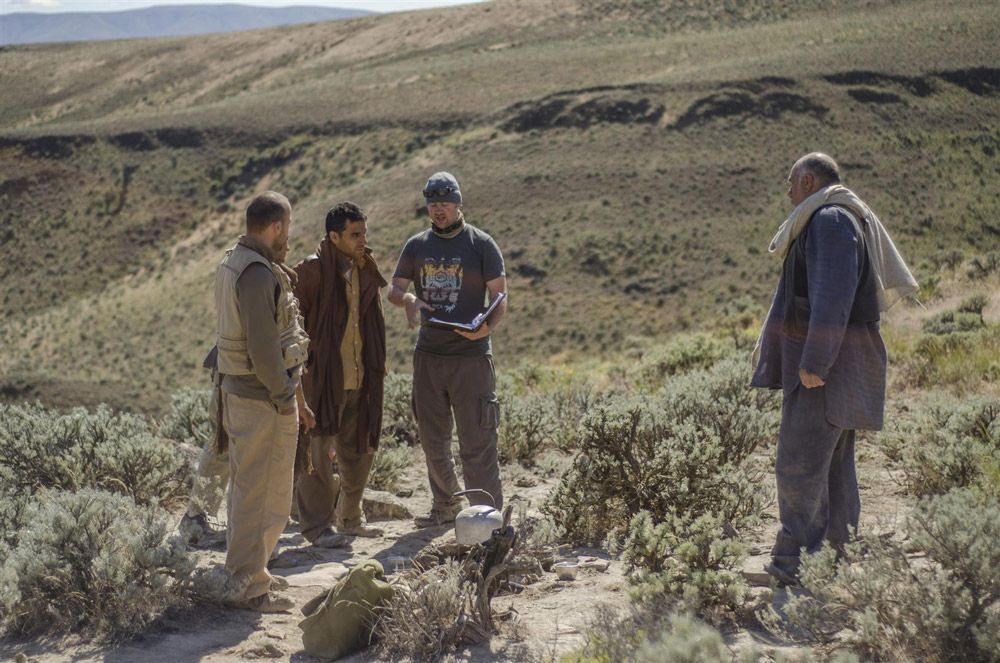 Ian Ebright is the writer, director and co-producer of the acclaimed narrative short film From the Sky, about a peaceful father and troubled son struggling to cope with the effect of drones in a volatile region of the Middle East. Ian was awarded Most Promising Filmmaker at the 2015 Spokane International Film Festival for his work on the film, which also won the Spokane jury’s top prize for Best Mid-Length Film and their Audience Award for Best of the NW Short. From the Sky has been called “powerful,” “gripping” and “haunting,” and received several awards including Best Short and Best Screenplay at Forum Film Festival in New York City, nominations including Best Directing and Best Writing at The Short Film Awards and more than a dozen Official Selections at festivals including Oscar-qualifiers Seattle International Film Festival and Rhode Island International Film Festival.

Ian is currently working with an internationally-renowned team to develop his seventh and most recent screenplay House in Ruins as his feature directorial debut.

In prior decades, Ian spent his late teens and early 20s as a film critic and journalist for websites in New York, Los Angeles and Seattle before moving on to study directing, cinematography and editing at Seattle Film Institute. During his time there, Ian co-directed a 16MM short film. He focused on writing and completing multiple screenplays over several years leading up to his work on From the Sky. 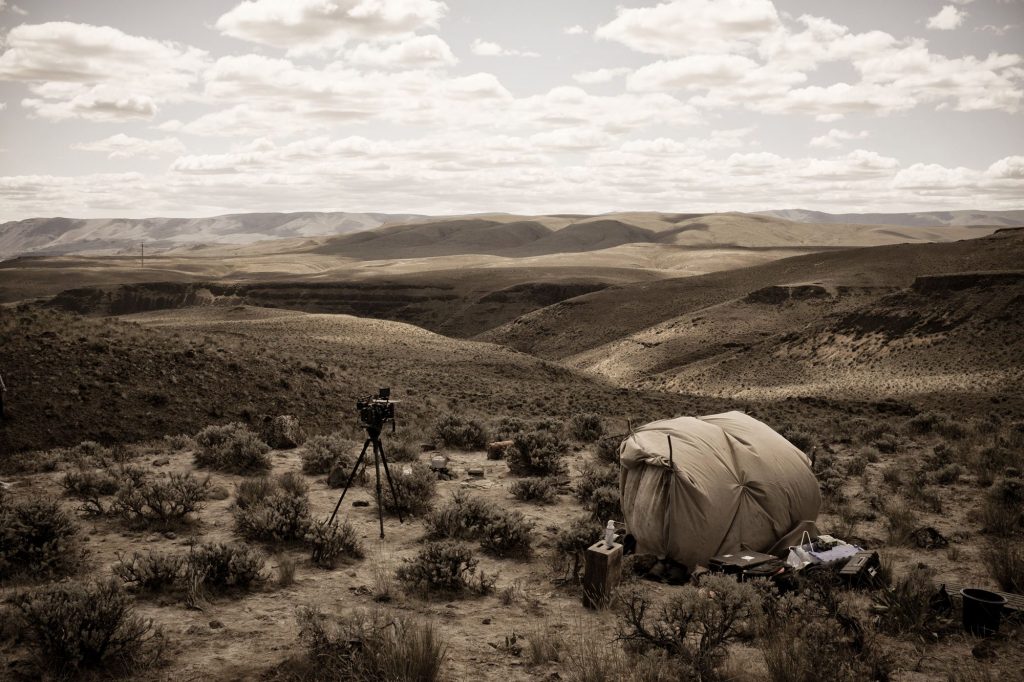 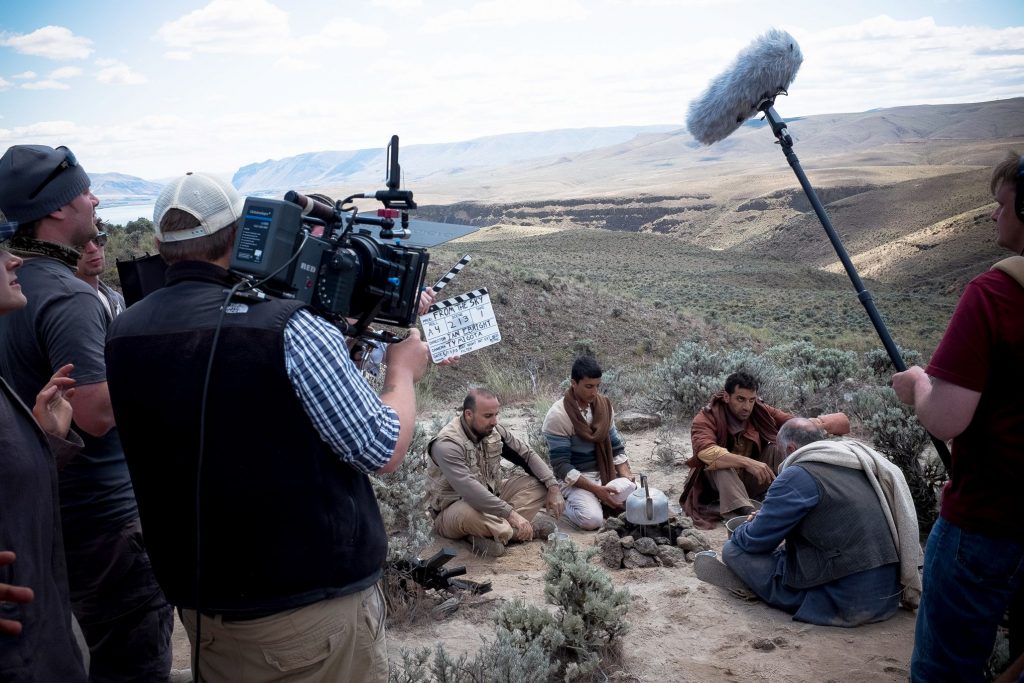 Behind the scenes: open Vimeo video

“Along with my desire to write and direct this narrative short film came some quick realizations about what From the Sky would and wouldn’t be. I recalled the earlier works of Peter Weir and some of the best documentaries from Werner Herzog, films which were etched in my memory thanks to their ethereal aesthetic, eerie tension, and minimalist approach to storytelling. From the Sky would put the audience in the shoes of those living under drones, requiring a story that was grounded and credible.” —MovieMaker Magazine, How They Did It: Shooting From the Sky in Arabic by Ian Ebright 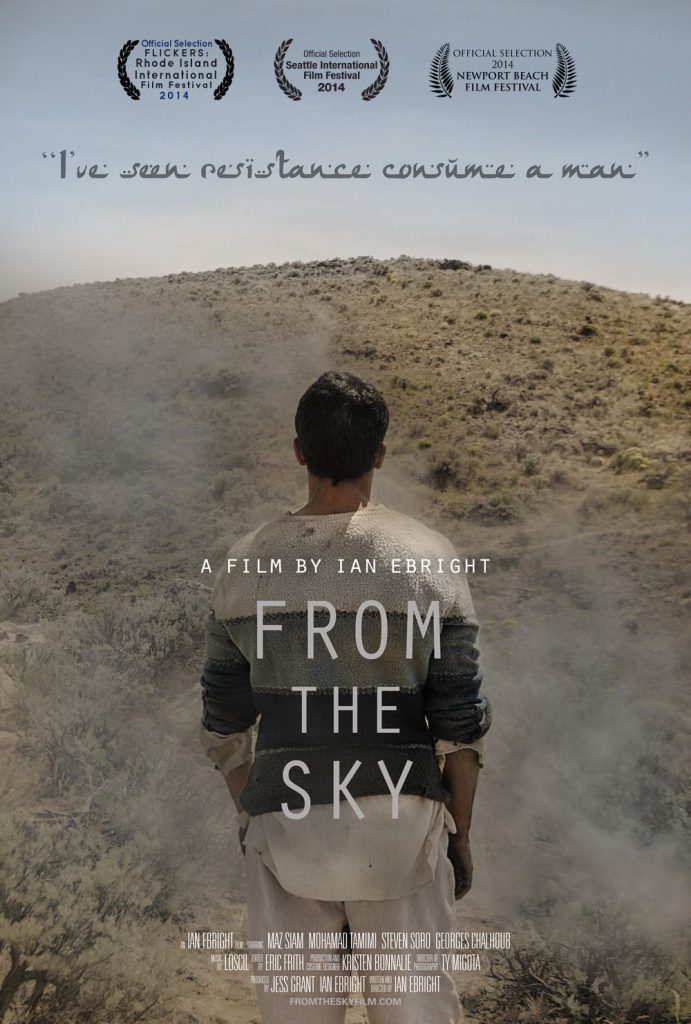 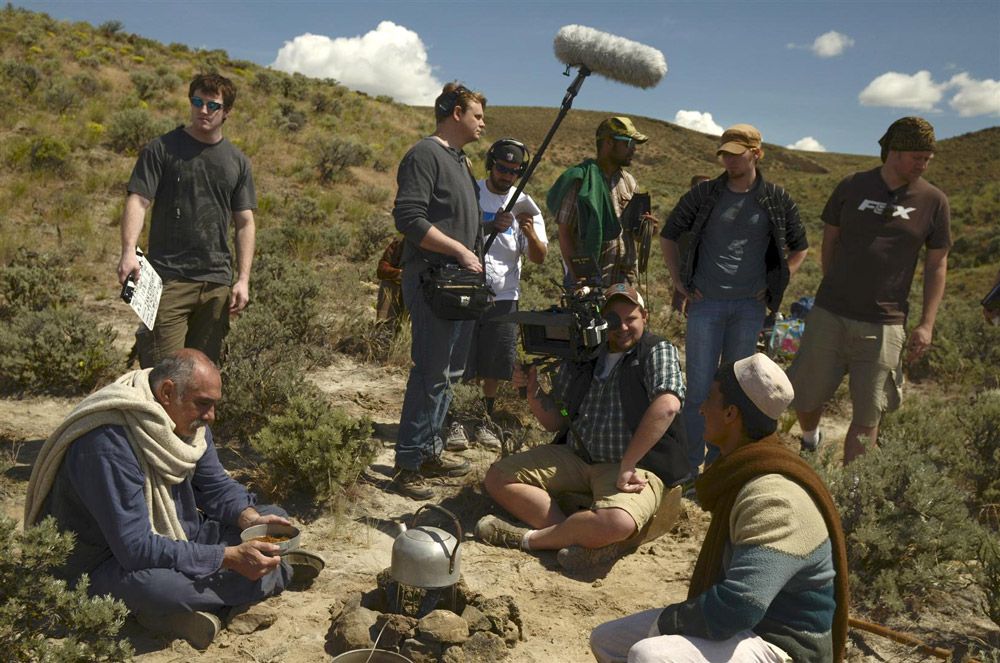 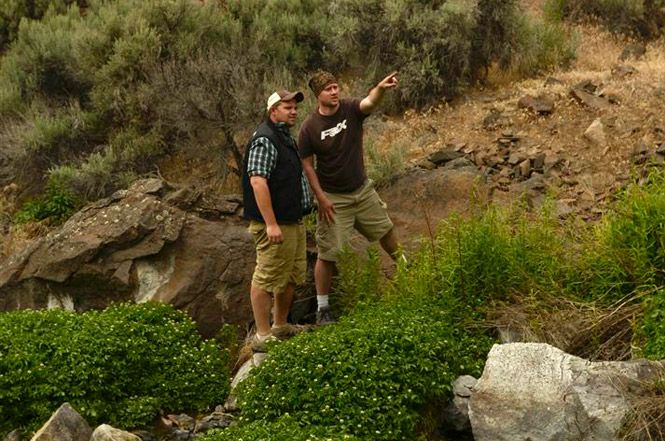 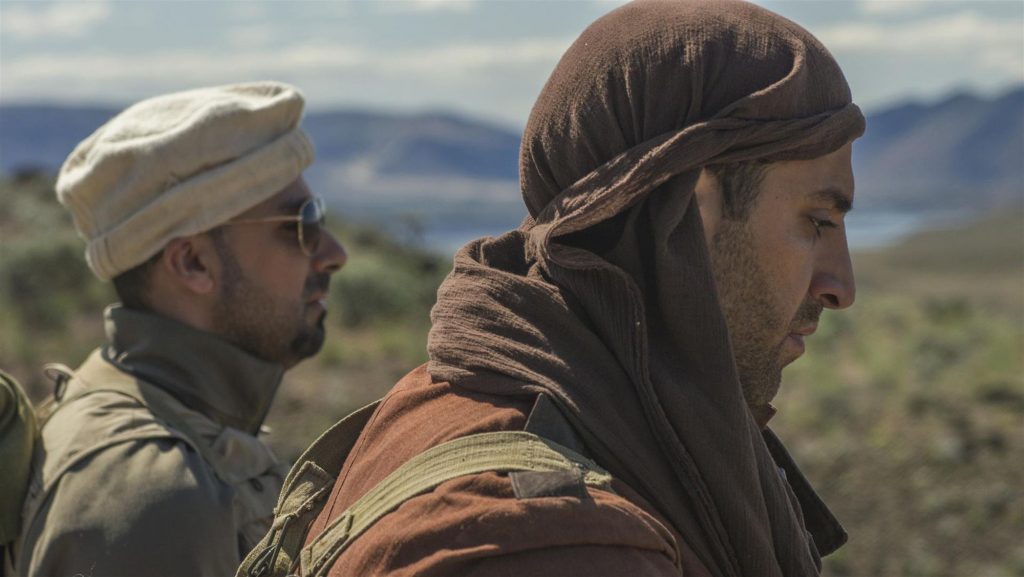 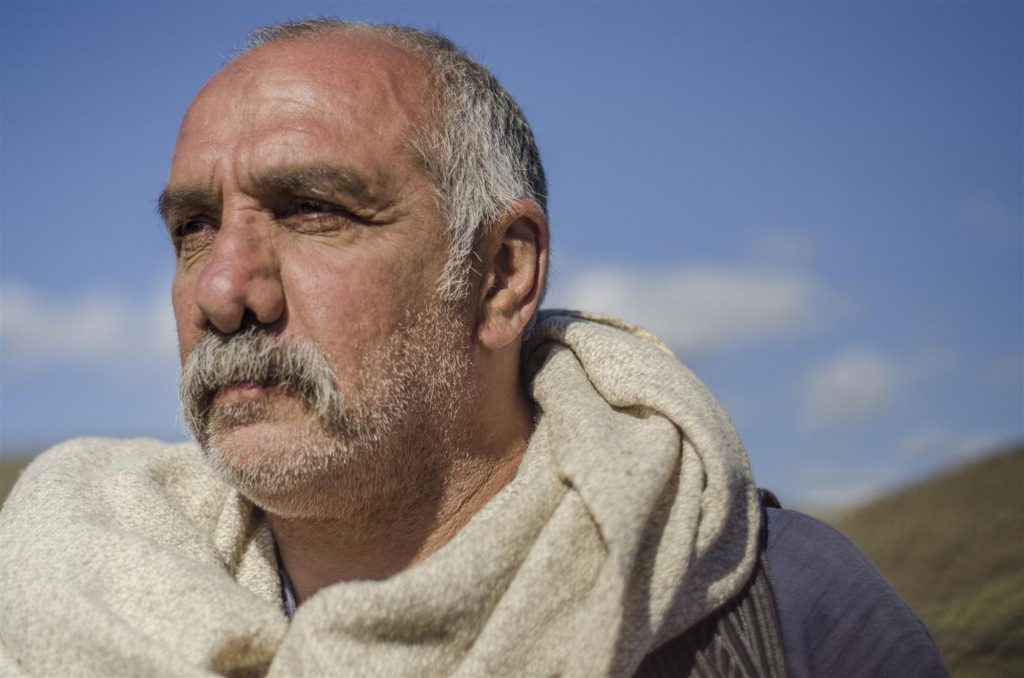 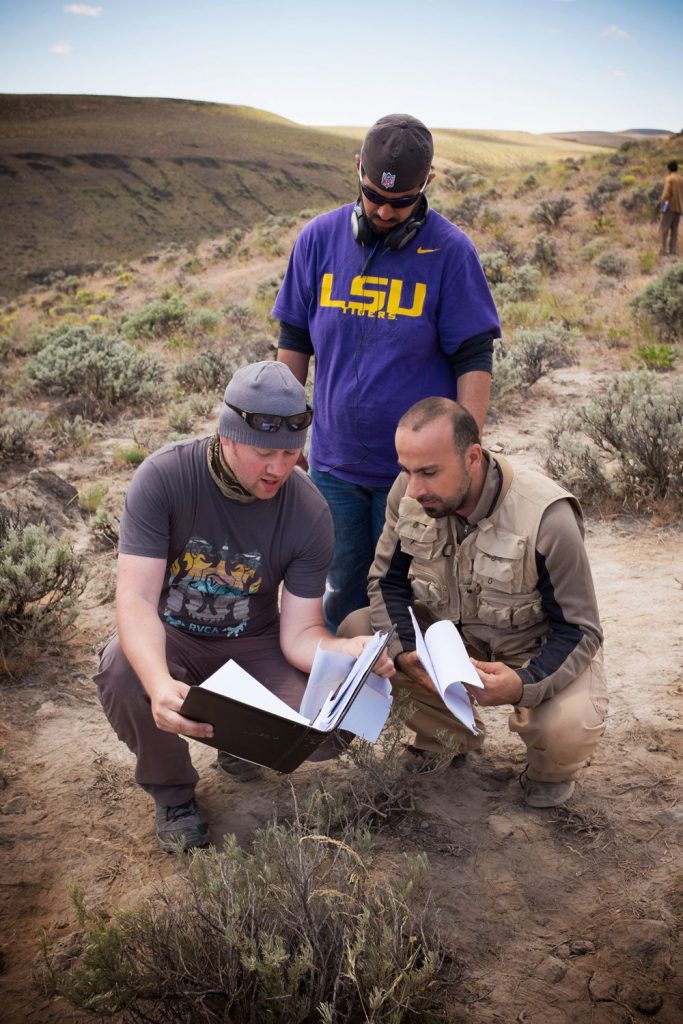 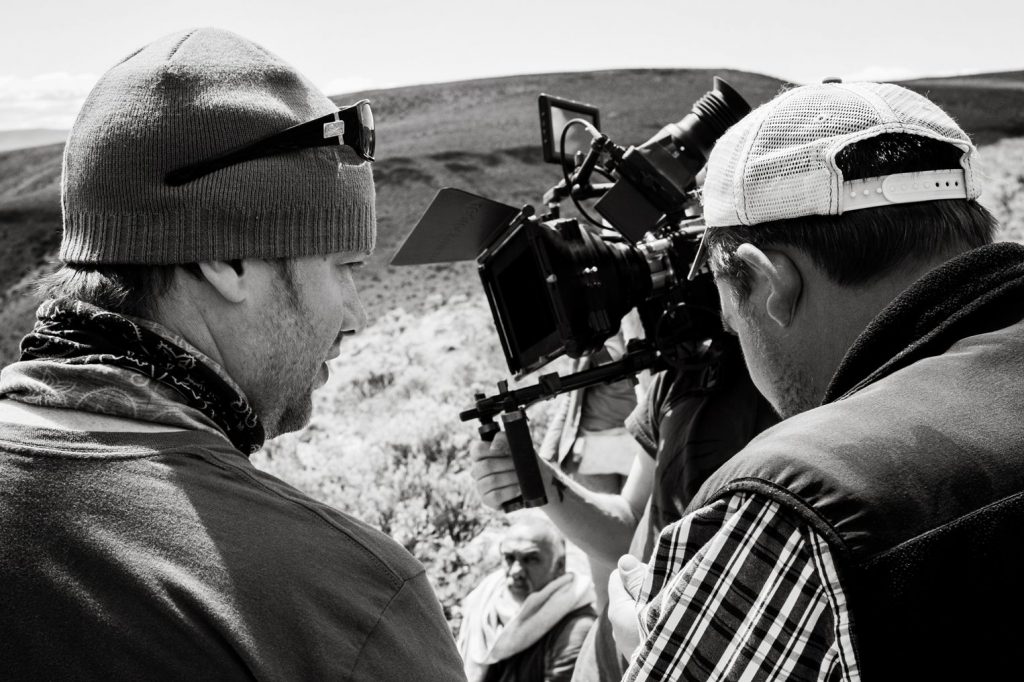 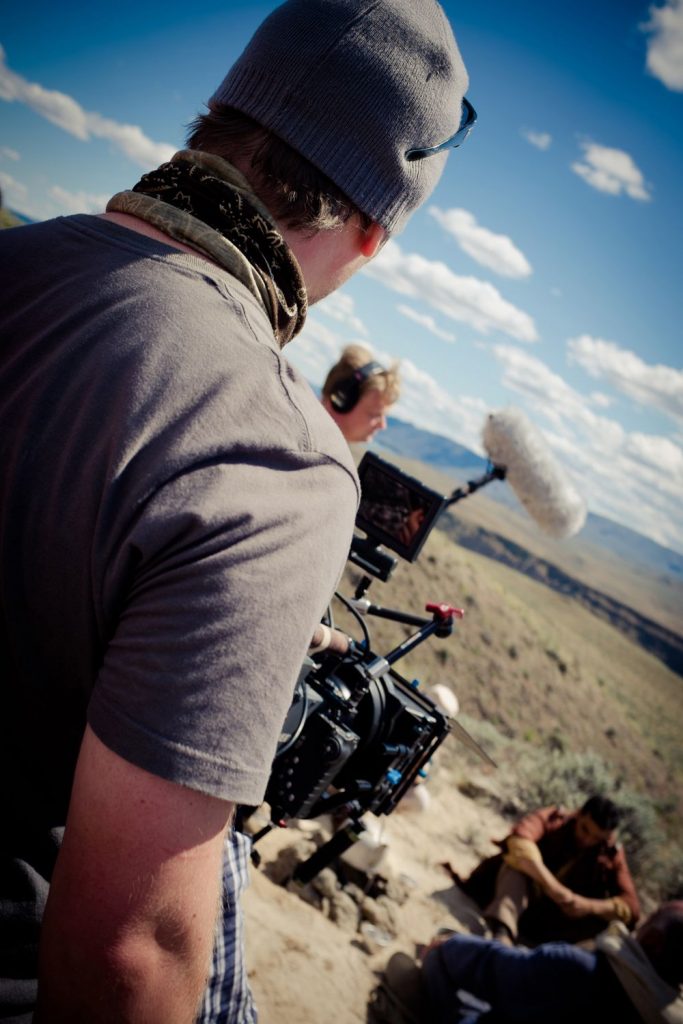 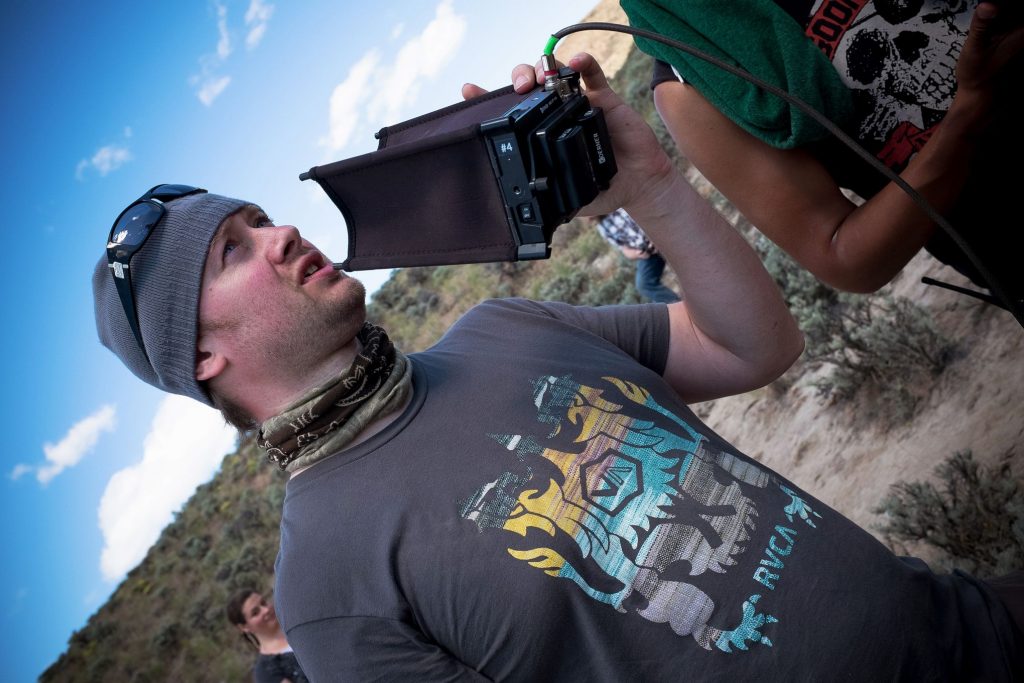 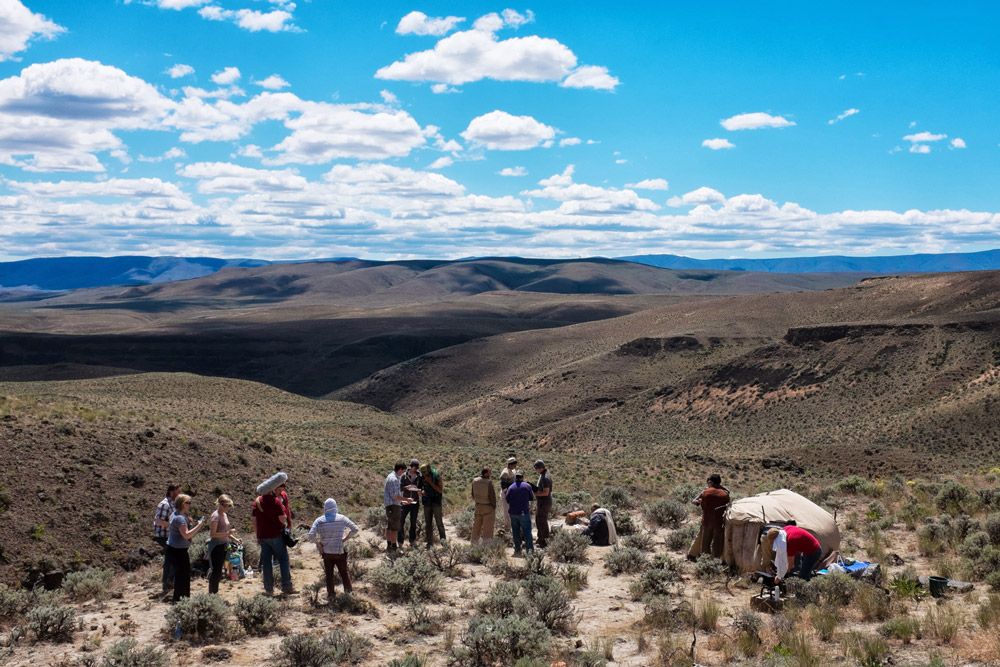 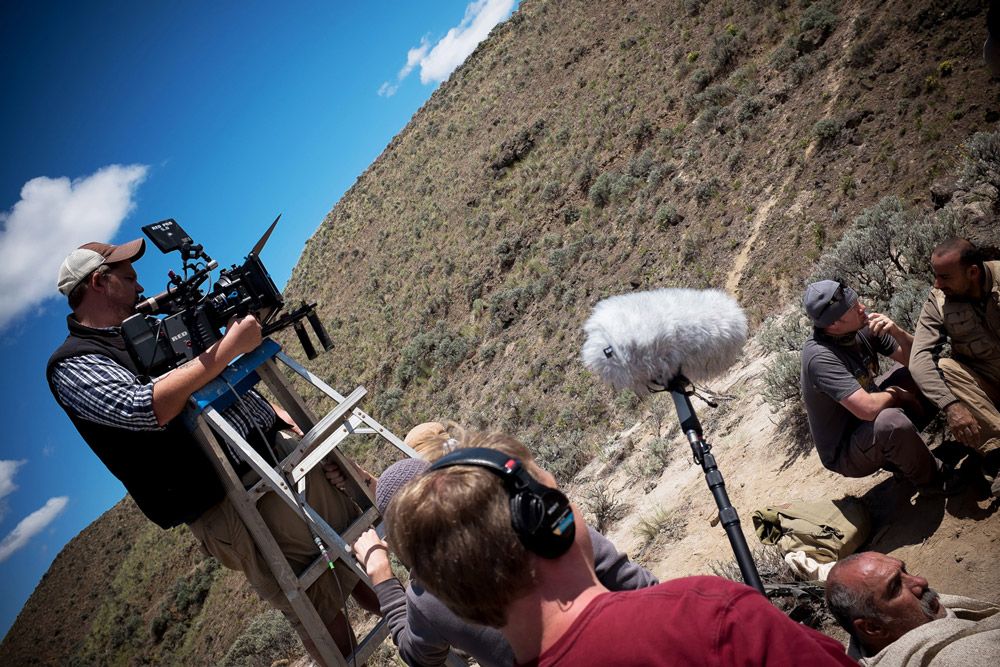