The neo-noir boxing drama that finally reinstated John Huston on the road of financial success after a series of box office disappointments, Fat City is a wonderful piece of filmmaking that remains one of our dearest sports films of all time. Leonard Gardner adeptly adapted his own novel of the same name and, with the help of marvelous Stacy Keach, Oscar-nominated Susan Tyrell and very young Jeff Bridges, Houston created an instant hit and future classic. In the words of Roger Ebert, “Huston treats the story with a level, unsentimental honesty and makes it into one of his best films.” Ladies and gentlemen, we’re very happy to present you the extremely rare PDF scan of Gardner’s inspiring screenplay. Enjoy!

I had done bits of films in the United States, but it was a long time since I’d made an entire picture there. Ray Stark was responsible for my reappearance on the American scene with Fat City, a novel by Leonard Gardner. Fat City is a term jazz musicians used to designate success with a capital “S.” It’s about people who are beaten before they start but who never stop dreaming. Its main characters are two fights: one aging, slightly paunchy, who’s had his moment of glory in the ring who whose next stop is Skid Row, and his younger counterpart who’s headed in the same direction despite the living lesson before his eyes. We had hope to have Marlon Brando play the part of the older fighter. Ray and I ment him in London. He had read the script and liked it, but refused to be pinned down, saying that he would call us by the end of the week. The time passed, we heard nothing. I despair at chasing actors, so we started looking elsewhere. (Some time later I heard Marlon had injured feelings at having been “passed over.”) The man we found was another actor whose star was rising–Stacy Keach. I had never met him, but when I found that he was making a picture in Spain, I went over and paid him a visit. There was a quality there. I also saw him in a beautiful, sadly neglected little film called The Traveling Executioner. His performance was exceptional, and I knew I was lucky to have him in Fat City.

Most of the other actors–apart from Jeff Bridges, who had a few pictures to his credit, and Susan Tyrell, who’d done some theater–were non-professional. Some of the cast came right out of my own past–fighters I’d known in my youth. Others turned up in Stockton itself. I remember particularly one black man we pulled out of the onion fields to try for a part. In the film he was to walk side by side with Stacy, hoeing weeds in a tomato field and telling a long story about the break-up of his marriage. This old fellow came to my apartment and read for me, his eyes glued to the pages of the script. He read as though the words were his very own. I asked him whether he tought he could learn the part.

“I can’t read. I was just pretending.” Someone had read the part to him a few times, and he had memorized it.

Then there was an arrogant sixteen-year-old black kid from the local high school. When Muhammad Ali saw him on the screen during a special showing I had for him, he stood up and shouted, “Stop the picture! That’s me up there! Listen to that… that’s me! you hear?” The kid was that good.

We shot most of the picture of Stockton’s Skid Row. It’s now a thing of the past; they’ve wiped it out. I wonder where all the poor devils who inhabited have gone. They have to be somewhere. There were crummy little hotels; gaps between buildings like missing teeth; people–blacks and whites–standing around or sitting on orange crates; little gambling halls where they played for nickels and dimes. Many of the signs were in Chinese because the area had a large Chinese population. The police were very gentle with the derelicts. As long as they stayed within the sharply defined boundaries of the neighborhood, they could sleep in doorways, win bottle in hand; if they wandered out, the police simply shooed them back. They were completely harmless, defeated men. 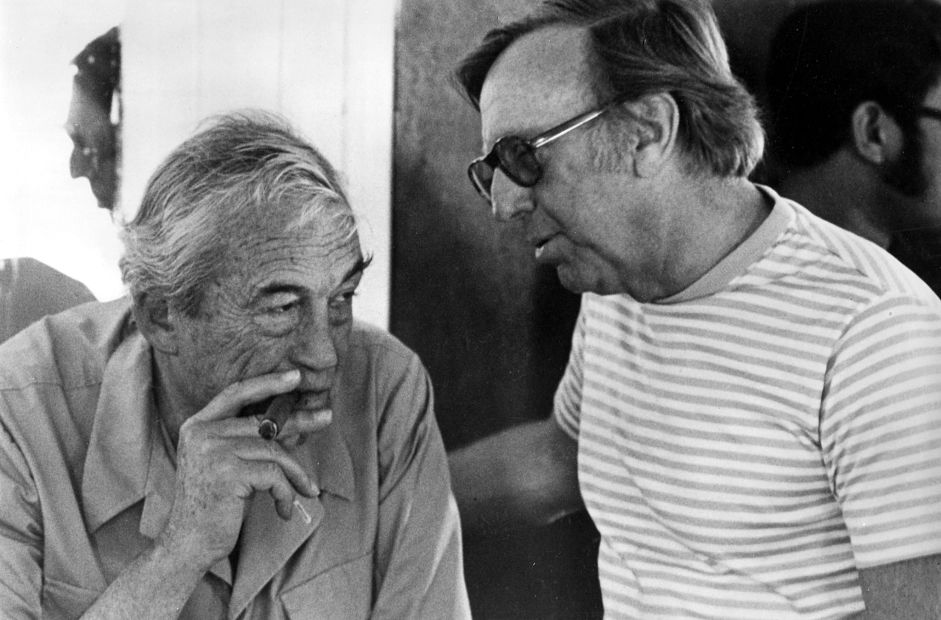 Fat City had a great reception when it was first shown, at Cannes in 1972. After the screening I walked into an adjoining hall to meet the press, and they gave me a standing ovation. When that happened, I was sure it was going to be a success. But no. Wherever it was shown, it was beautifully reviewed, but audiences didn’t care for it. It’s a fine picture, no question–well conceived, well acted, made with deep love and considerable understanding on the part of everyone involved. I suppose the public simply found it too sad. It has at least one devoted fan: Ray Stark considers it the best picture he has ever produced. —John Huston, An Open Book

A monumentally important screenplay. Screenwriter must-read: Leonard Gardner & John Huston’s screenplay for Fat City; adapted from the novel by Gardner [PDF]. (NOTE: For educational and research purposes only). The DVD of the film is available at Amazon and other online retailers. Absolutely our highest recommendation.

The directing of a film, to me, is simply an extension of the process of writing. It’s the process of rendering the thing you have written. You’re still writing when you’re directing. Of course you’re not composing words, but a gesture, the way you make somebody raise his eyes or shake his head is also writing for films. Nor can I answer precisely what the relative importance, to me, of the various aspects of filmmaking is, I mean, whether I pay more attention to writing, directing, editing, or what—have—you. 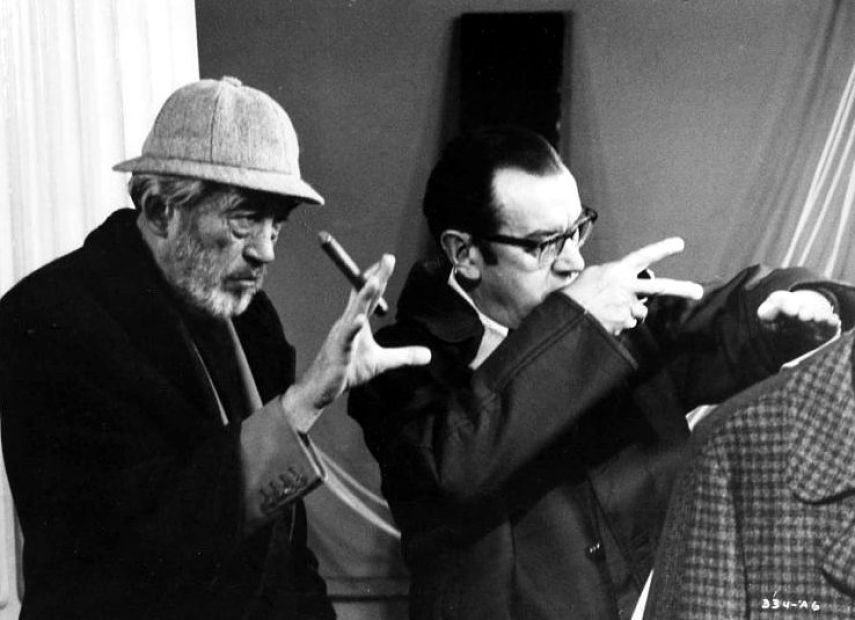 The most important element to me is always the idea that I’m trying to express, and everything technical is only a method to make the idea into clear form. I’m always working on the idea: whether I am writing, directing, choosing music or cutting. Everything must revert back to the idea; when it gets away from the idea it becomes a labyrinth of rococo. 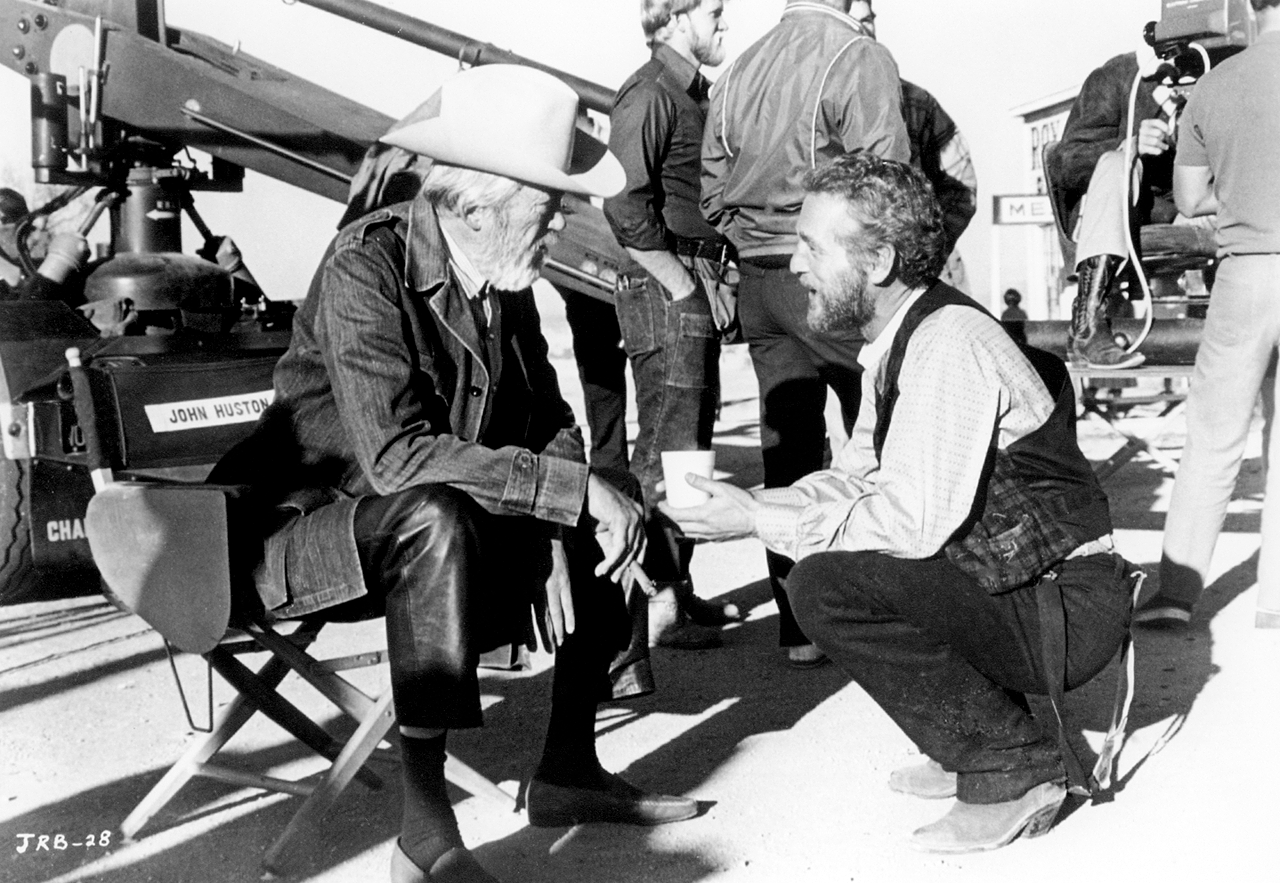 Occasionally one tends to forget the idea, but I have always had reason to regret this whenever it happened. Sometimes you fall in love with a shot, for example. Maybe it is a tour de force as a shot. This is one of the great dangers of directing: to let the camera take over. Audiences very often do not understand this danger, and it is not unusual that camerawork is appreciated in cases where it really has no business in the film, simply because it is decorative or in itself exhibitionistic. 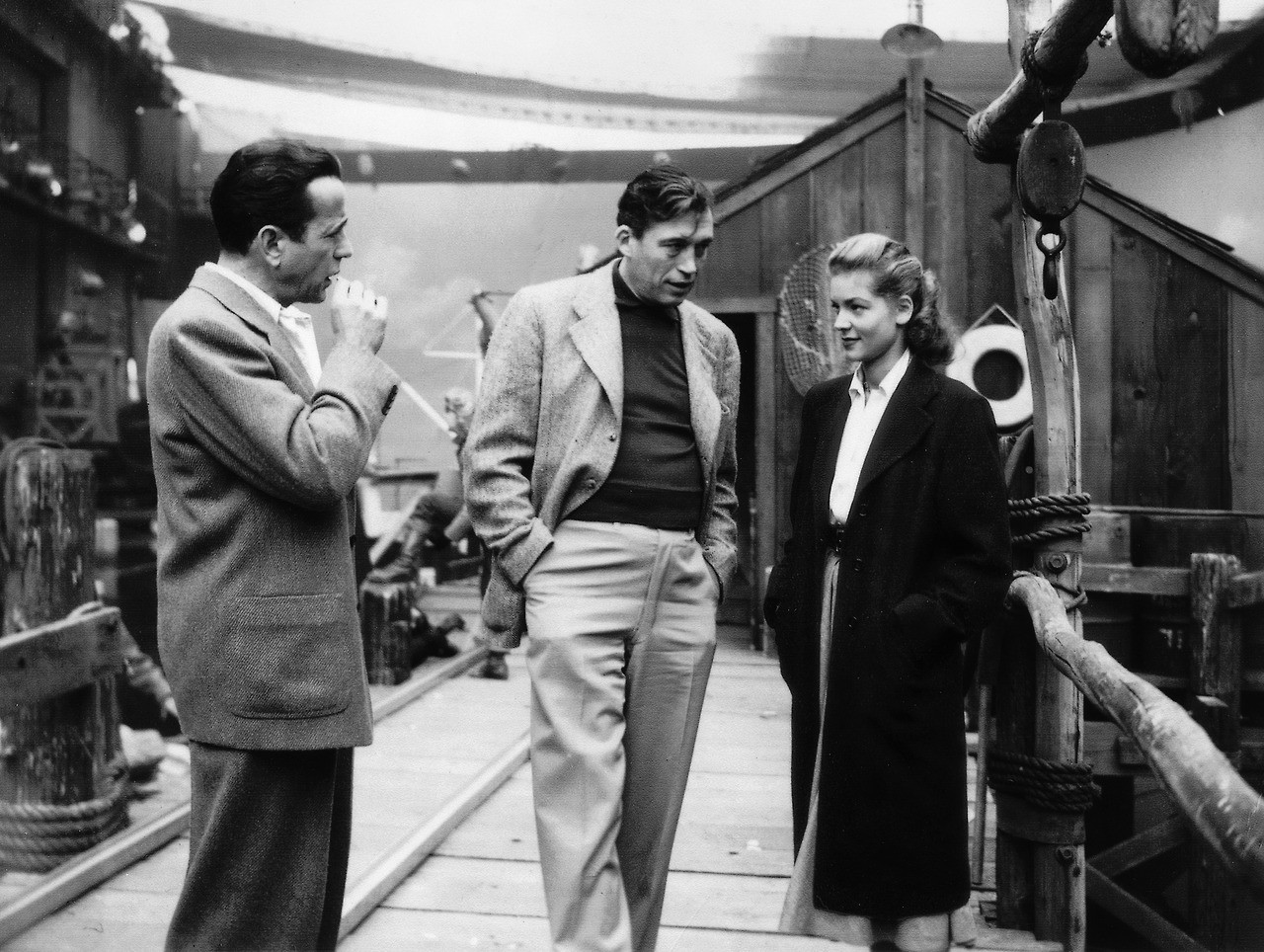 I would say that there are maybe half a dozen directors who really know their camera—how to move their camera. It’s a pity that critics often do not appreciate this. On the other hand I think it’s OK that audiences should not be aware of this. In fact, when the camera is in motion, in the best-directed scenes, the audiences should not be aware of what the camera is doing. They should be following the action and the road of the idea so closely, that they shouldn’t be aware of what’s going on technically. —How I Make Films: Interview with John Huston, Film Quarterly, Fall 1965 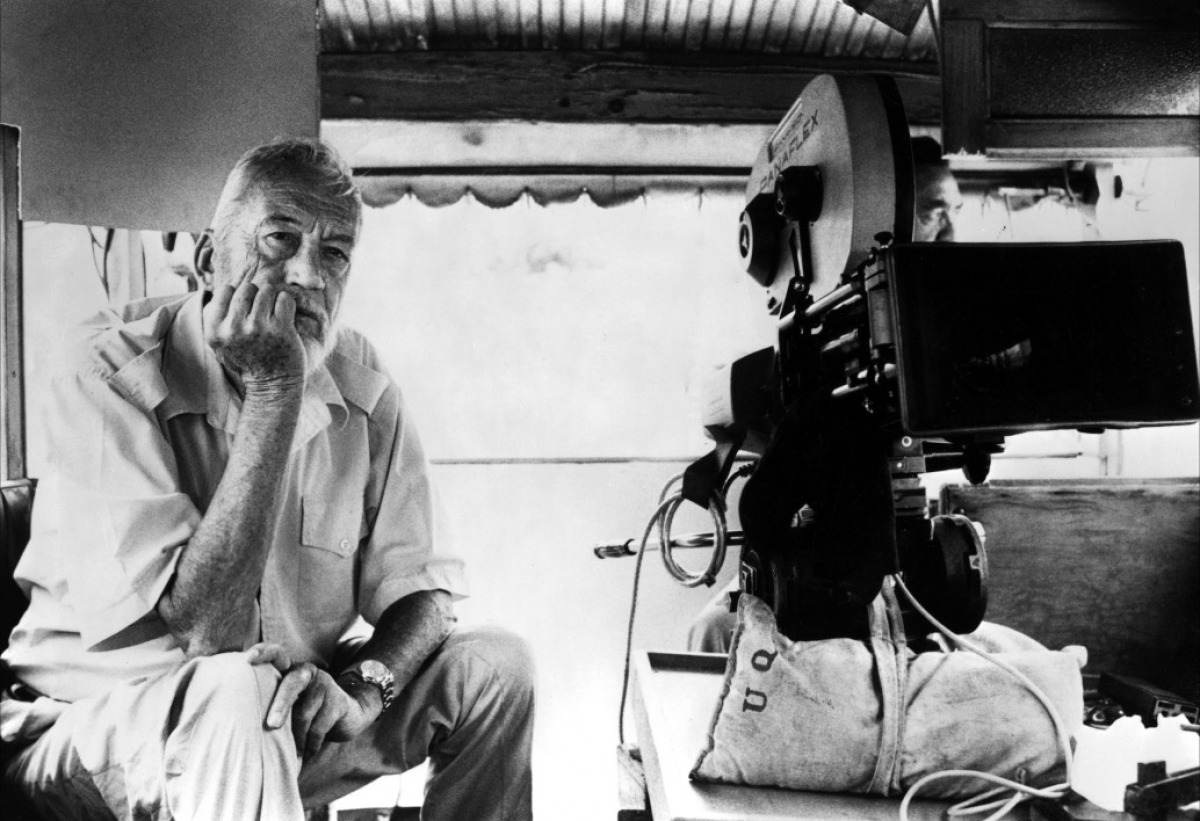 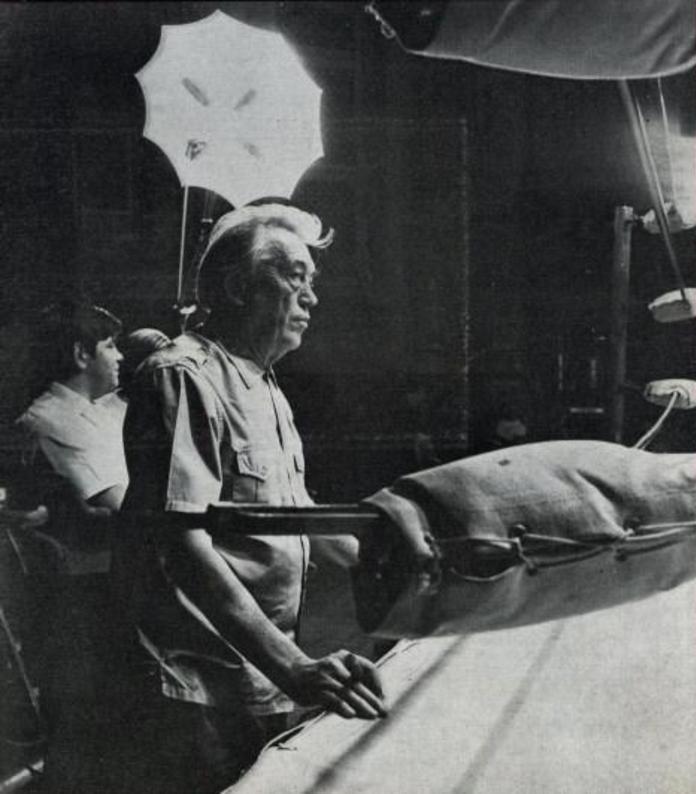