When Al Jolson’s The Jazz Singer came out in 1927, it practically put the entire silent movie industry out of business. The talkies were a revolution upon which there was no turning back, and after almost nine decades what remained ingrained in the popular memory is the image of absurd little jerky sketches accompanied by humorous piano tunes. But that silent movies were much more than that was completely clear to Kevin Brownlow and David Gill, two British film historians who decided to make a documentary about Hollywood’s silent film era. The series called Hollywood or Hollywood: A Celebration of the American Silent Film was comprised of thirteen 50-minute episodes and originally aired from January to April 1980. Narrated by the great actor and silent film enthusiast James Mason, the series aims at bringing attention and shedding light on the grandeur and significance of this era, as well as educating viewers on the subject many ignorantly smirk at and take for granted. Since silent films were often misrepresented by poor quality screenings on television, Brownlow and Gill put a lot of effort into acquiring and showing the best material available, allowing contemporary viewers to enjoy the same experience of watching the movies as their ancestor had back in the good old days before The Jazz Singer broke the barrier.

Hollywood: A Celebration of the American Silent Film abounds in priceless interviews with many of the most distinguished filmmakers, actors and actresses of the period, such as Mary Astor, Dolores Costello, Douglas Fairbanks, Jr., Lillian Gish, Colleen Moore, Gloria Swanson, John Wayne, George Cukor, Dorothy Arzner, King Vidor, William Wyler and many others. The camera’s attention was also given to representatives of other crucial but often ignored aspects of film production: the series features comments from choreographer Agnes de Mille, cinematographers Paul Ivano and Lee Garmes, special effects maestro A. Arnold Gillespie, editors William Hornbeck and Grant Whytock or stuntmen Bob Rose and Harvey Parry. Brownlow and Gill’s documentary series is a fascinating, meticulously developed and passionate look at the early stages of the Hollywood film industry, an eleven-hour investigative odyssey through the stepping stones on which film was transformed from a technological curiosity to a vibrant entertainment and business industry that still hasn’t lost its power. A grateful thanks to the original uploader.

The evolution of film from penny arcade curiosity to art form, from what was considered the first plot driven film, The Great Train Robbery, through to The Birth of a Nation, films showing the power of the medium. Early Technicolor footage, along with other color technologies, are also featured. Interviews include Lillian Gish, Jackie Coogan and King Vidor.

Hollywood is transformed from a peaceful village with dusty streets and lemon groves to the birthplace of the industry in California. Silent film transcends international boundaries to become a worldwide phenomenon. Interviews include Henry King, Agnes de Mille, and Lillian Gish.

Fast success in Hollywood brings a cavalier party lifestyle, which led to shocking scandals such as Roscoe ‘Fatty’ Arbuckle’s trial and subsequent acquittal for manslaughter. To tone down the image of Hollywood and curtail films with footage unsuitable to all audiences, Will H. Hays is appointed and introduces Hollywood’s self regulated Production Code, which would be enforced well into the 1960s, while filmmakers still found creative ways to present ‘adult’ situations. Interviews include King Vidor and Gloria Swanson.

The outbreak of World War I provides Hollywood with a successful source for plots and profits. Peacetime curtails the release of war movies, until the release of King Vidor’s The Big Parade in 1925. Wings (1927) earns the first Academy Award for Best Picture. As movies transition to sound, Universal releases Lewis Milestone’s All Quiet on the Western Front, showing the German side of the conflict, becoming a powerful statement of war by the generation that fought it. Interviews include Douglas Fairbanks, Jr., King Vidor, Blanche Sweet and Lillian Gish.

HAZARD OF THE GAME

Two of the great romantic legends of the silent screen are profiled. Rudolph Valentino’s on-screen persona is remarkably different from his real personal life, as recounted by his brother, Albert, and Gloria Swanson recalls her meteoric rise—and fall—with remarkable candor.

Two of Hollywood’s greatest directors, Cecil B. DeMille and Erich von Stroheim. One worked with the Hollywood system, the other against it. DeMille’s pictures, lavish in detail and cost, made his studio a fortune, while Von Stroheim’s similar ways, albeit to excess in footage and expense, resulted in films that were often either excessively cut by the studios or never released, leading to his being fired on several occasions. Interviews include Agnes DeMille, Gloria Swanson, Allen Dwan, and Henry King.

Hollywood learned very early how to make people laugh. Comedy was king, and battling for the throne were stars like Harold Lloyd, Buster Keaton, Harry Langdon and Charlie Chaplin. In a purely visual medium, their comedy was a work of genius. Interviews include Hal Roach, Sr., Jackie Coogan, Buster Keaton and Harold Lloyd.

‘The Old West’ was still in existence in the silent days. Old cowboys and outlaws re-lived their youth, and got paid for doing it, by working in films. The ‘western craze’ really begins with stars like William “Buffalo Bill” Cody and Tom Mix. Interviews include Yakima Canutt, Colonel Tim McCoy, Harvey Parry and John Wayne.

THE MAN WITH THE MEGAPHONE

Silent film directors were flamboyant pioneers, making up their technique as they went along. Filming ‘indoor’ sets on open outdoor lots and combating the elements, communicating with actors in spite of overwhelming distraction and deafening noise, directors (male and female) fashion great films out of chaos and confusion. Interviews include Bessie Love, Janet Gaynor and King Vidor. 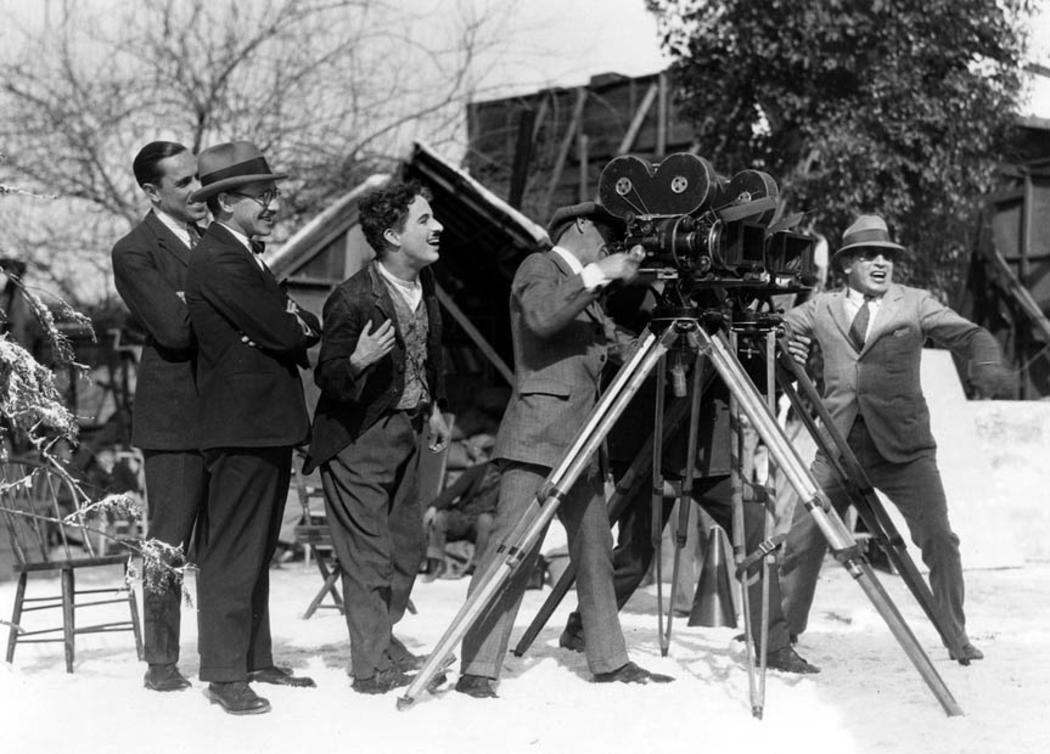 TRICK OF THE LIGHT

Skilled cameramen had the ability to turn an actress into a screen goddess, and were valuable assets to studios and stars. With the aid of art directors, they achieved some of the most amazing and dangerous sequences captured on film, pioneering photography effects used through the remainder of the 20th century. Interviews include William Wyler and Lillian Gish.

Producers discovered the effect of ‘star power’ on their box office bottom line. Creating Hollywood stars becomes its own industry, resulting in the Hollywood Star System, from which came Clara Bow, Greta Garbo, and John Gilbert, successor to Rudolph Valentino as “The Great Lover.” But as easily as they made them, studios could break them. Interviews include Charles “Buddy” Rogers, Louise Brooks and King Vidor.

END OF AN ERA

Silent films had universal appeal, simply by replacing intertitles and dialogue cards for the foreign markets. Sound film was experimented with in many forms since the 1890s, but did not become commercially successful until The Jazz Singer in 1927. Hollywood movie making was transformed and ultimately shattered, taking the careers of many silent film stars, directors and producers with it, victims of the emerging technology. Interviews include Lillian Gish, Mary Astor, Janet Gaynor, George Cukor and Frank Capra, Sr.

Cinema Europe: The Other Hollywood (1995) is a documentary series produced by David Gill and silent film historian Kevin Brownlow. Chronicles the birth of European cinema, from the Lumiere brothers to World War I, and then the first golden age of Swedish cinema, from the formation of Svenska Bio to the departure for Hollywood of Stiller and Sjöström. The French build the first studio, invent the traveling shot, and experiment in sound. Max Linder becomes the first comedic star. The Italians do spectacle and early realism. Germans invent film propaganda and have Lubitsch. The Danish cinema is rich before the war. An affectionate portrait of Swedish cinema appreciates its cinematography, led by Jaenzon, its conversion of novels into film, and the emergence of a production company that owned its own theaters. This is a marvelous documentary series and required viewing for film buffs. 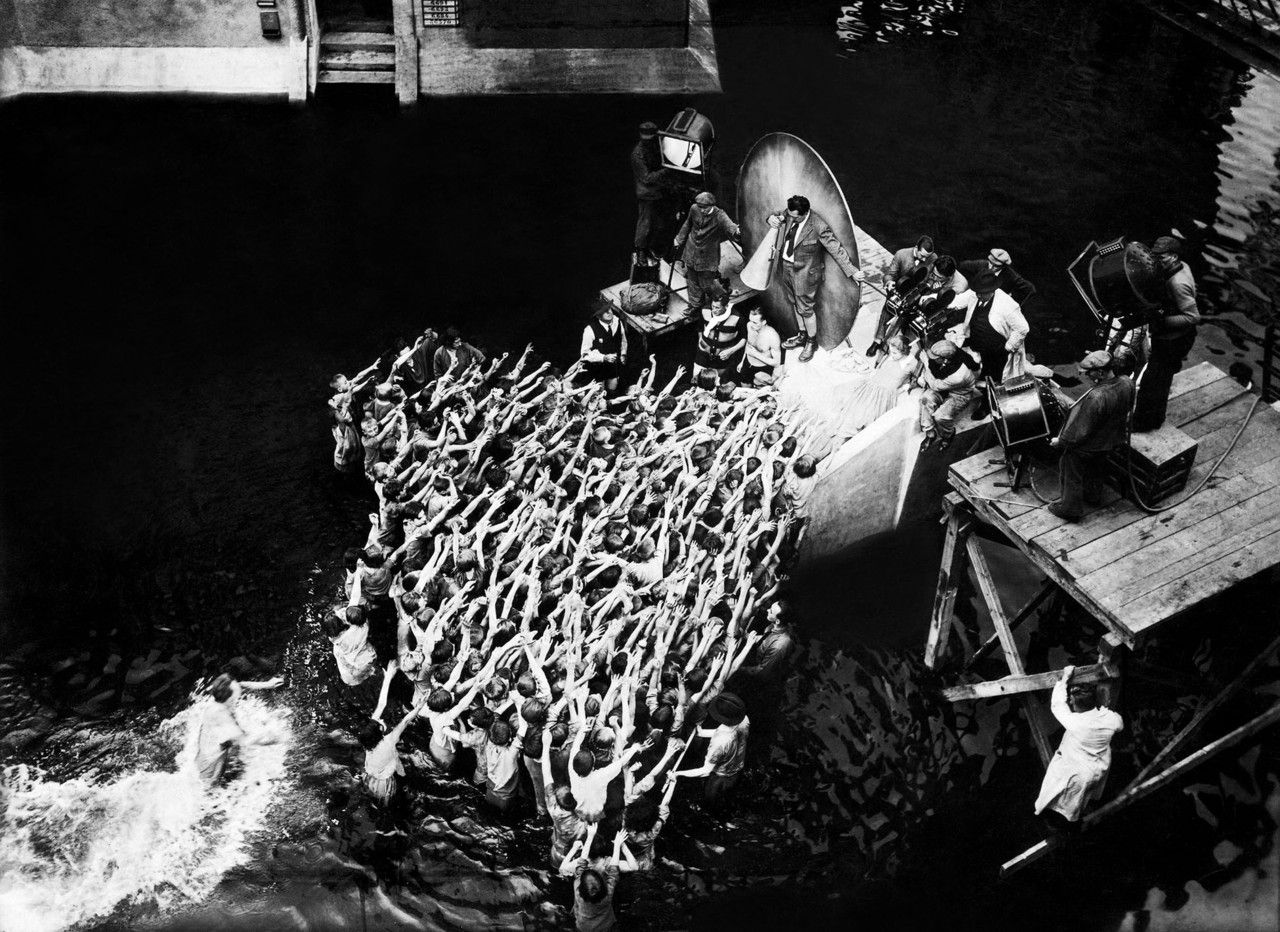