When John Carpenter filmed the horror classic Halloween back in 1978 with a budget of only 325.000 dollars, he proved to each and every one of us that anything’s possible. Armed with nothing but talent, passion for filmmaking and a resolve to do what it takes to make the most of them, he made a film so influential it kickstarted a whole subgenre practically on its own and has been considered a national treasure for a while now. Independent film producer Irwin Yablans and financier Moustapha Akkad were convinced to offer support to the project once they saw how much Carpenter believed in himself and his and co-writer Debra Hill’s vision. Carpenter, on the other hand, tackled the financial deprivation with the most effective way possible—his imagination. He wrote the music, shot the film in only twenty days in modest conditions and practically created the iconic image of the ruthless killing machine Michael Myers out of a dollar-ninety-eight William Shatner plastic mask painted white. Influenced by Hitchcock’s work, with special homage paid to Psycho and Rear Window, Carpenter made a film in a way that demonstrated his perfect ability to create tension, to build up suspense, to incite fear without cheaply used images of violence or gore. Just like with Hitchcock, much of the film’s horror actually comes for the unseen and the anticipated. The director showcased some really impressive camera work, deciding to show the murders from the protagonist’s perspective, allowing the audience to experience a deeper sense of involvement. Carpenter’s score is rather simple but bloodclottingly creepy, American newcomer Jamie Lee Curtis and British veteran Donald Pleasence delivered stellar performances and the story, written entirely in just three weeks, was much deeper than the plot overview had us expecting and it served as a subject of numerous subsequent analyses. To make a long story short, Halloween achieved three things. Firstly, it became a box office hit, harvesting unbelievable 110 million dollars. Secondly, and more importantly, it instigated an avalanche of slasher horrors that would flood cinemas around the world in the decade that followed. And finally, it inspired us personally to stop complaining about the obstacles in our way and actually do something about them. A hero of independent cinema, a modest, humble man with a great heart, John Carpenter is the living reason why filmmaking is and forever will be so special to us.

Dear every screenwriter/filmmaker, read John Carpenter & Debra Hill’s screenplay for Halloween [pdf]. (NOTE: For educational and research purposes only). The DVD/Blu-ray of the film is available at Amazon and other online retailers. Absolutely our highest recommendation.

37 years later, the 1978 Halloween still stands tall as a testament to talent, ingenuity, and passion, as a mostly quite young film crew set about to make a horror movie that continues to be hailed as a classic. While there’s likely to be a fair amount of information contained herein that die hard fans already know, A Cut Above the Rest does work nicely as a primer on all things Halloween. Both on screen and off screen talent appear to offer their thoughts, including director/co-writer/composer John Carpenter, co-writer/producer Debra Hill, executive producer/original idea man Irwin Yablans, his business partner at the time Joseph Wolf, financial backer Moustapha Akkad, cinematographer Dean Cundey, production designer/co-editor Tommy Lee Wallace, and actors Jamie Lee Curtis, P.J. Soles, Charles Cyphers, and Nick Castle, a.k.a. The Shape himself, as well as Fangoria Magazine’s Tony Timpone. —Scott LeBrun

John Carpenter kicks off WGA.org’s new column The Masters by reminiscing about the original Halloween, sharing his key to crafting suspense, and revealing what he fears the most. 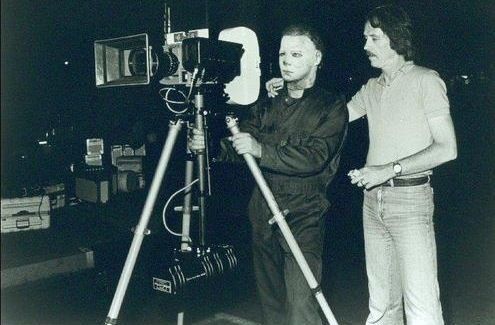 Test footage from John Carpenter’s Halloween using Steadicam competitor Panaglide. Filmed outside and inside the Panavision studio back in 1978; right before Halloween‘s principal photography began. Halloween was the 4th movie to use this system. Stuff like this is a treasure to see. —Billy Kirkus

Fear Is Just the Beginning chronicles the work of cult director John Carpenter through interviews with him and his associates, with emphases on the earlier work.

Photographer Kim Gottlieb-Walker was hired by director John Carpenter and his producing partner Debra Hill to be the set photographer on Carpenter’s iconic 1978 horror film, Halloween. Gottlieb-Walker went on to shoot stills on the sets of some of Carpenter’s best known films, including The Fog, Escape from New York and Christine, as well as welll as stills from the set of Rick Rosenthal’s 1981 sequel, Halloween II. A new book, published by Titan books, collects together some of her never-before-seen photography. This gallery showcases some of Gottlieb-Walker’s photos from the set of Halloween. 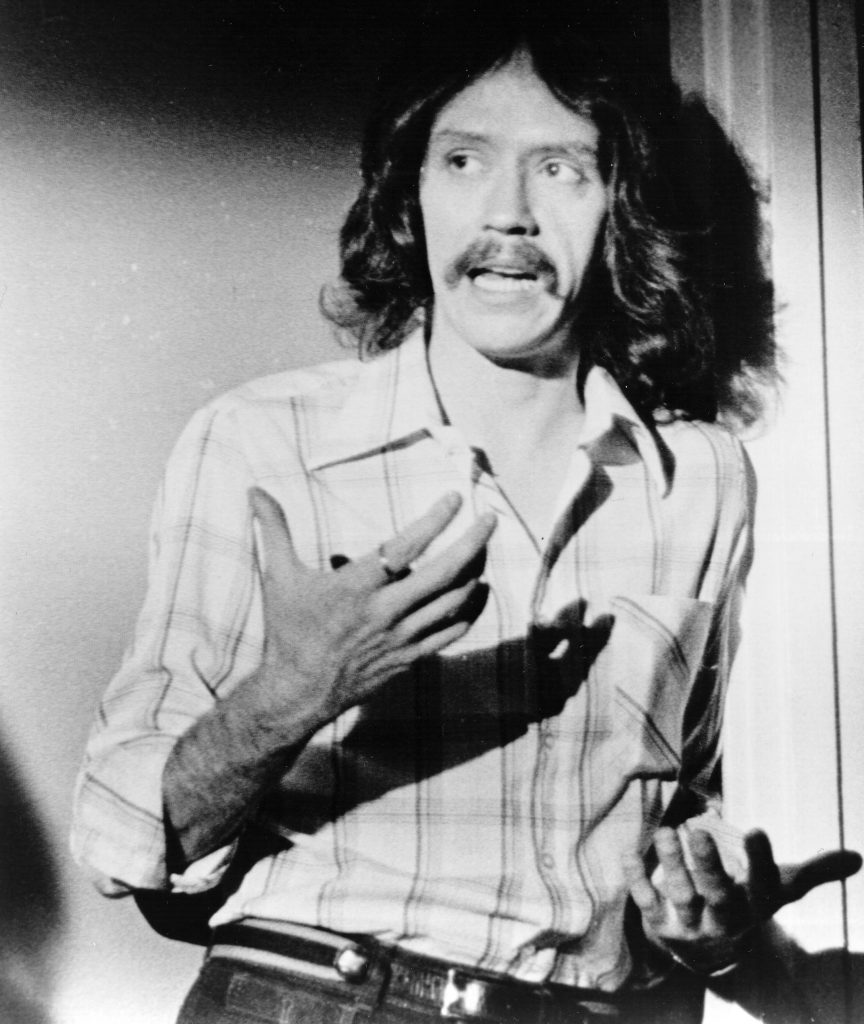 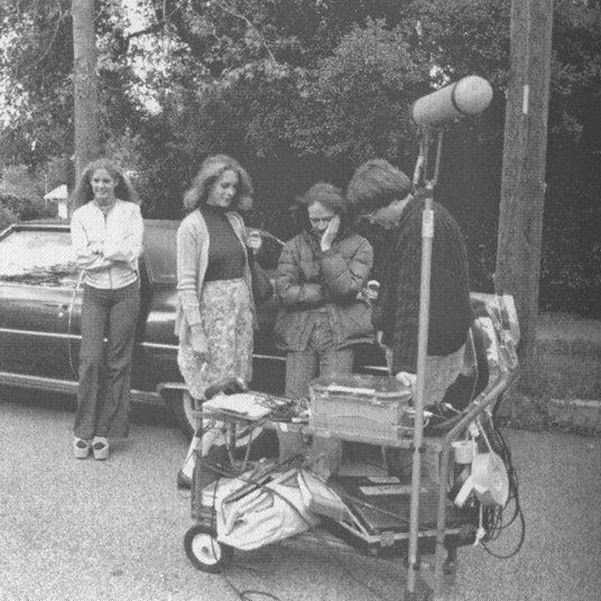 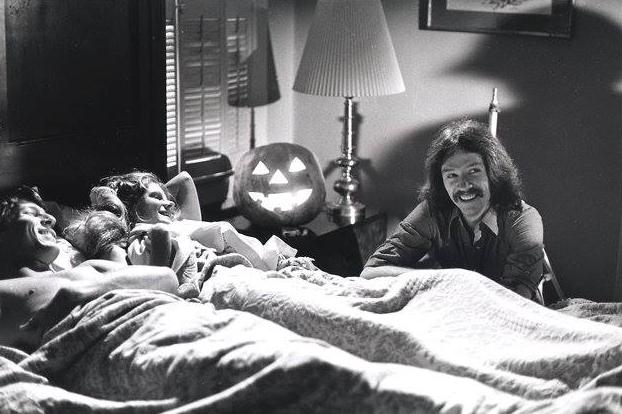 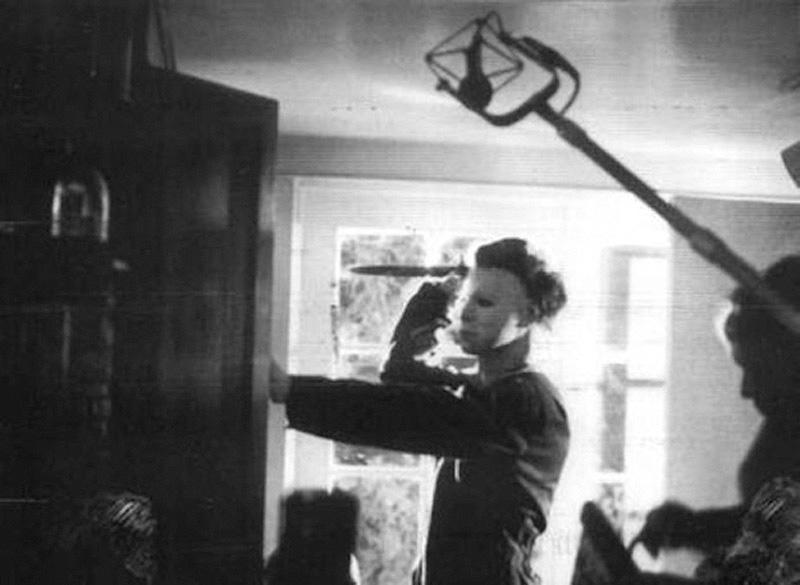 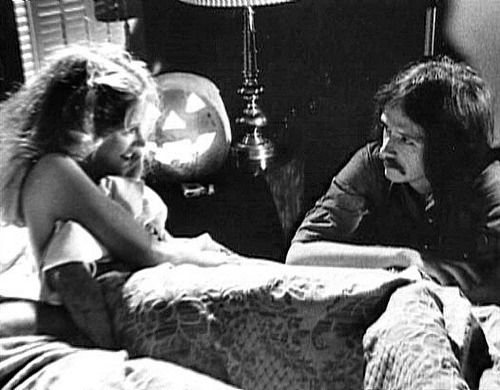 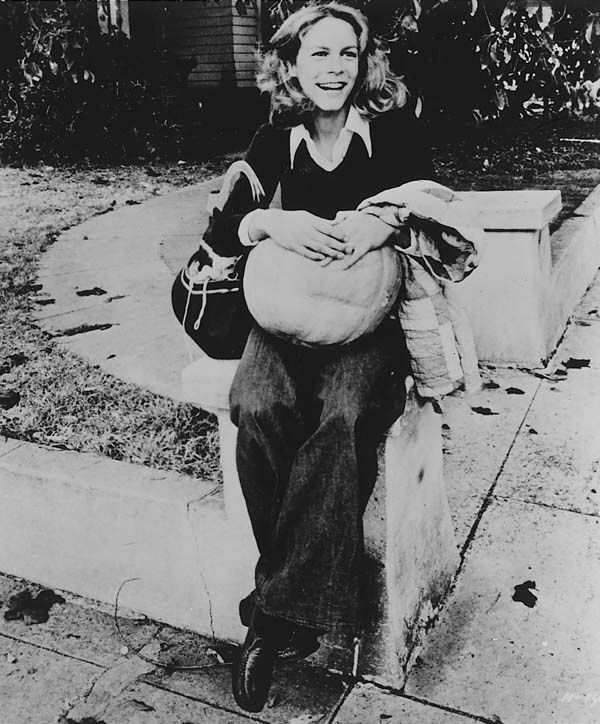 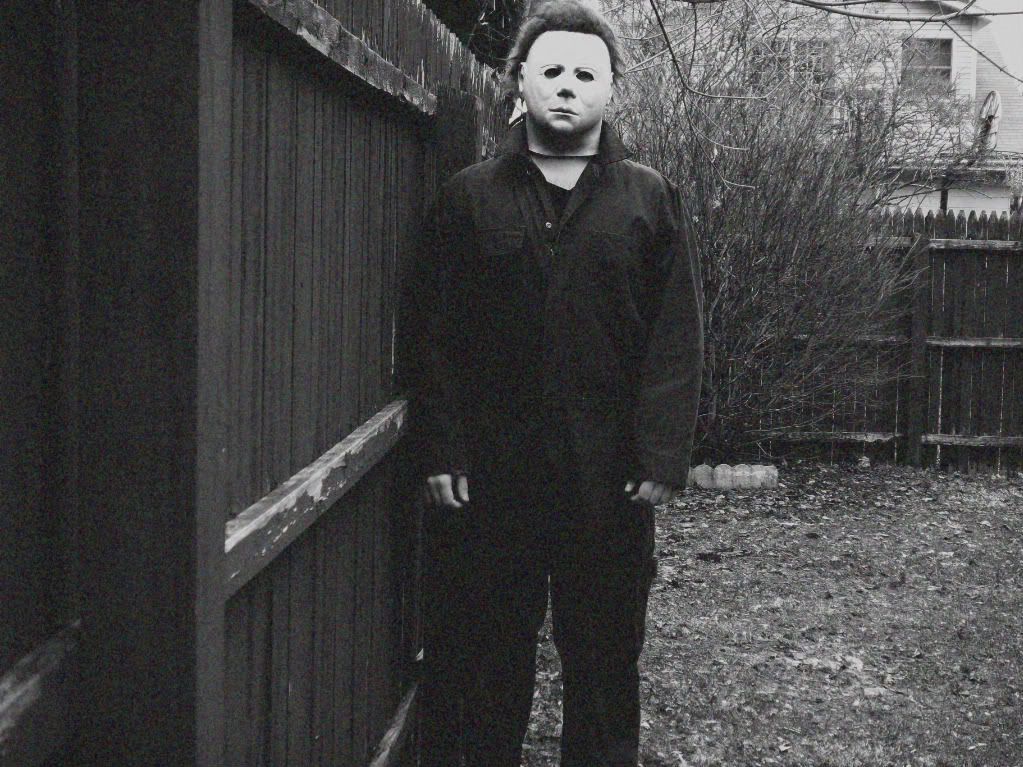 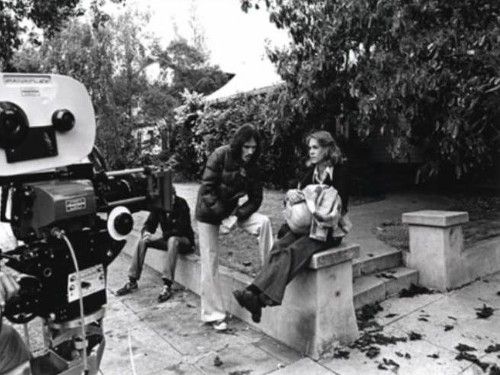 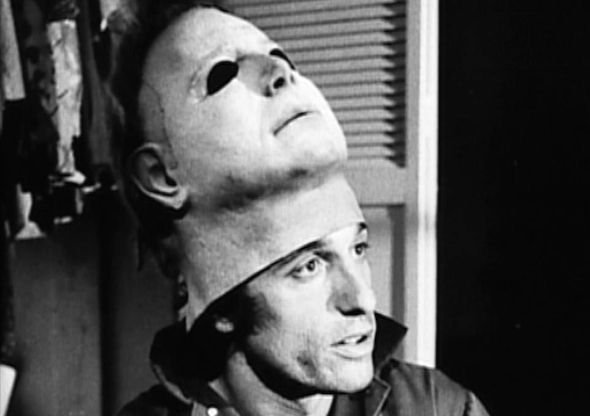 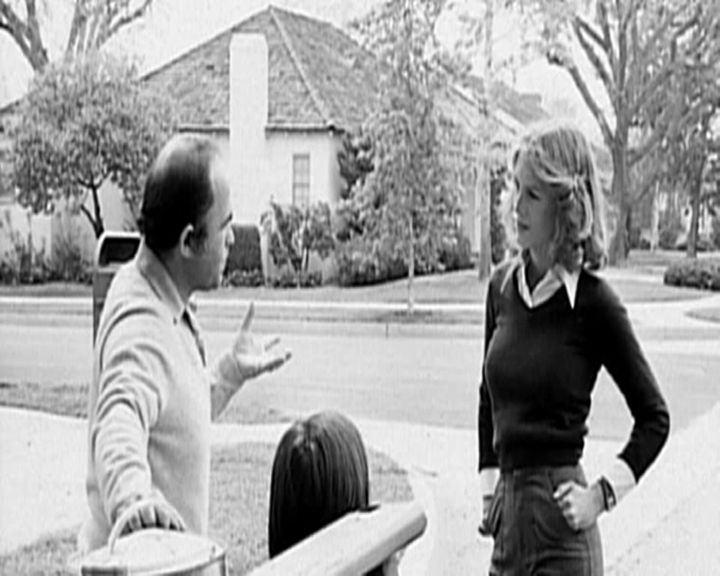 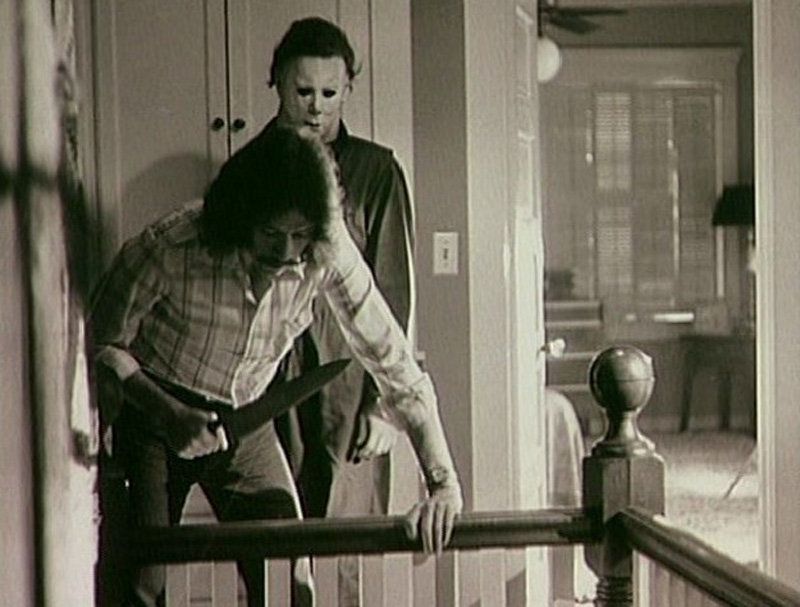 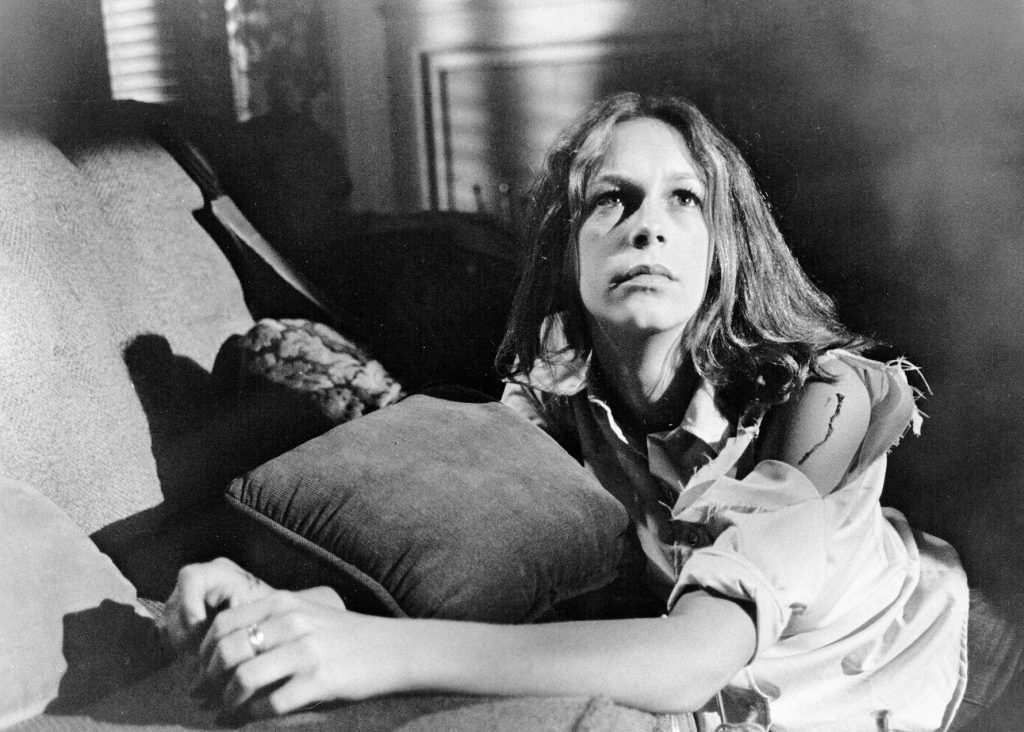 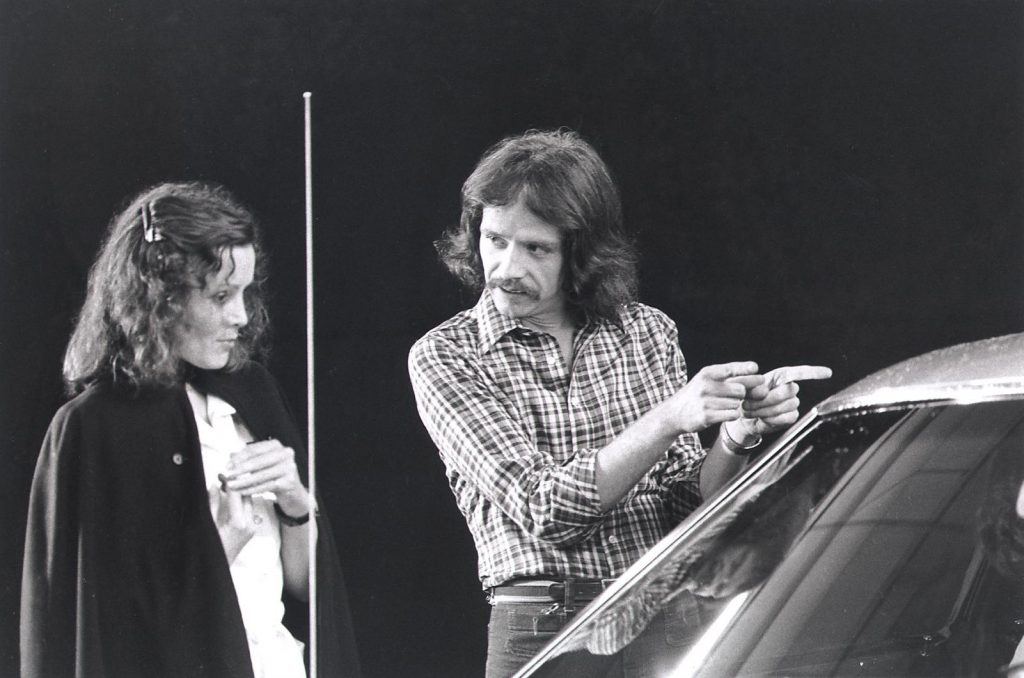 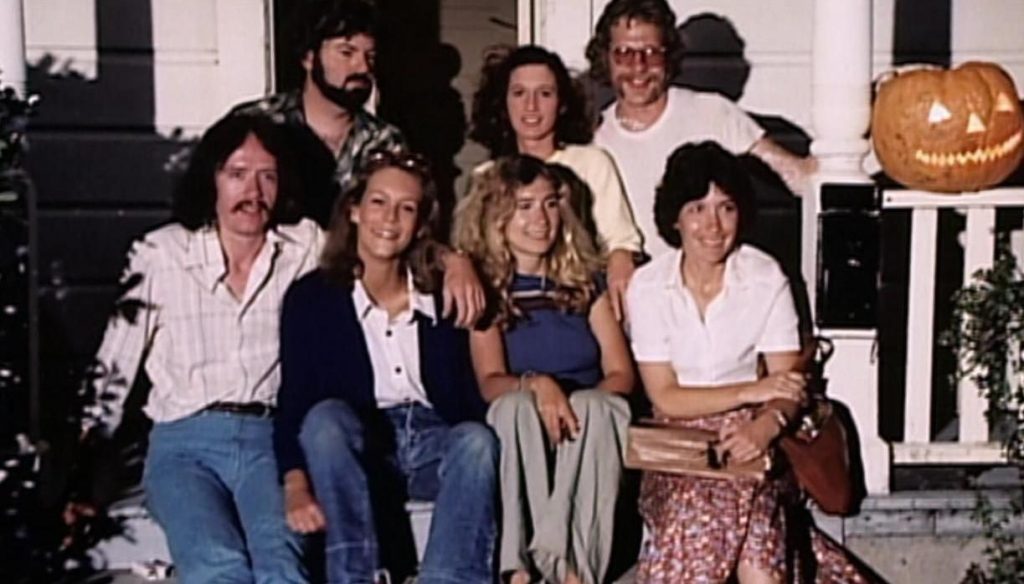 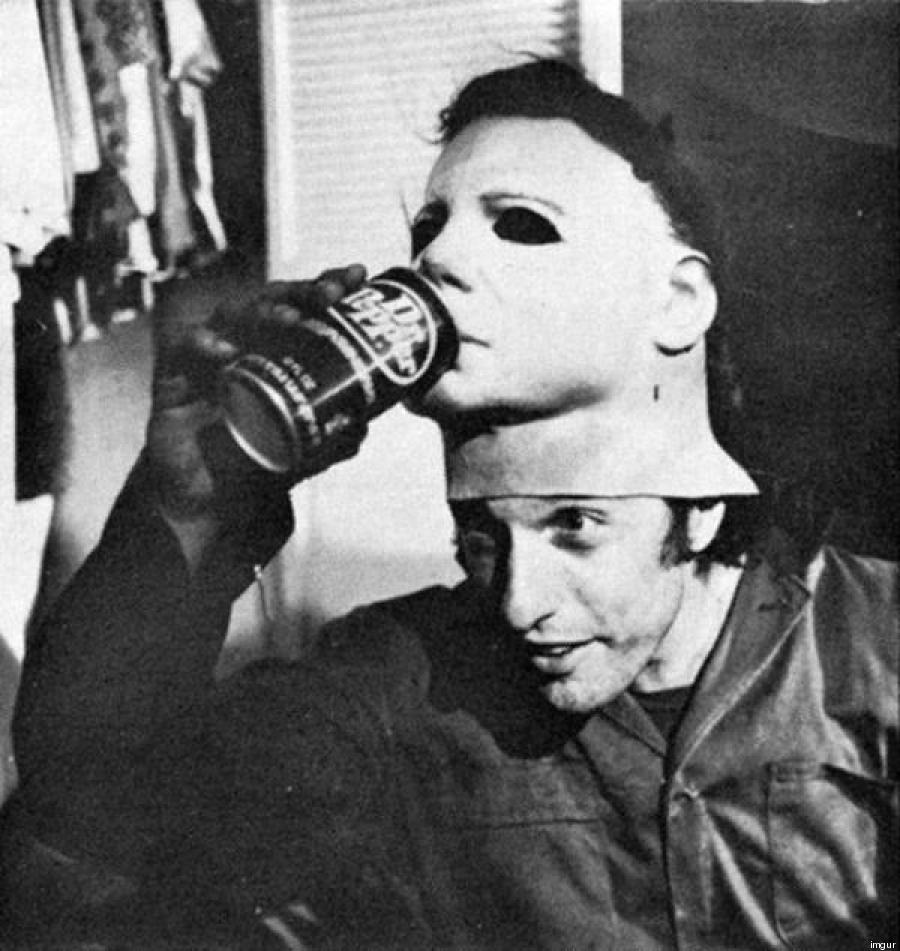 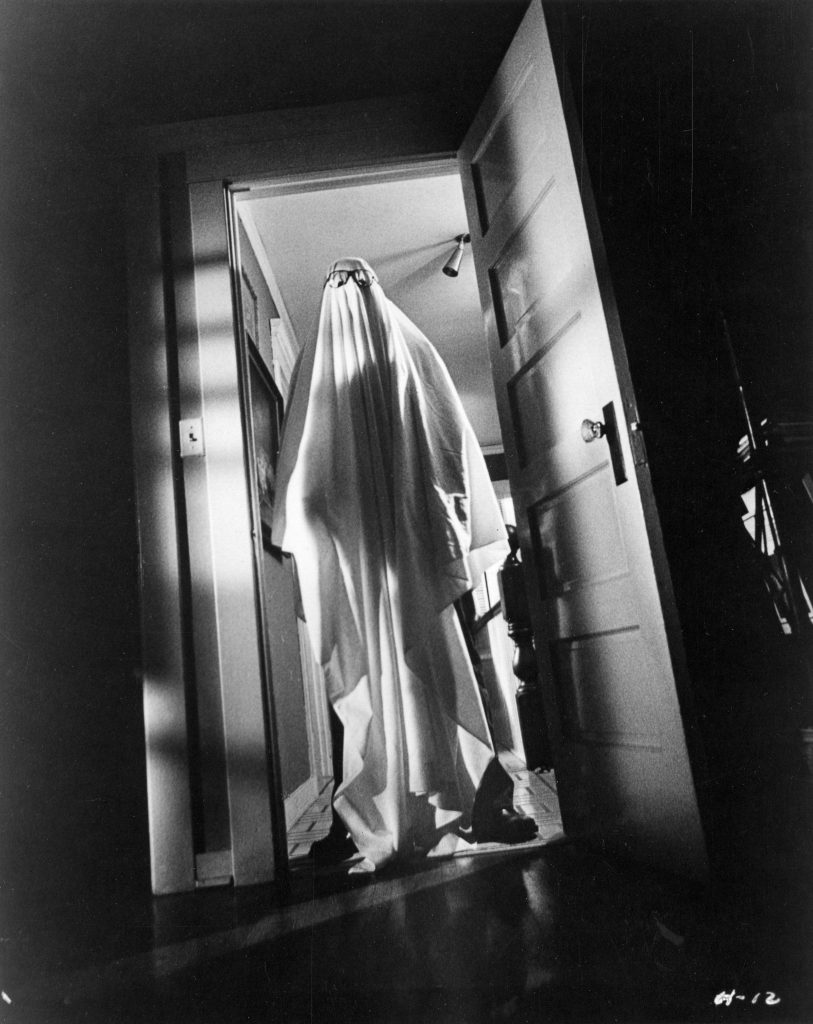 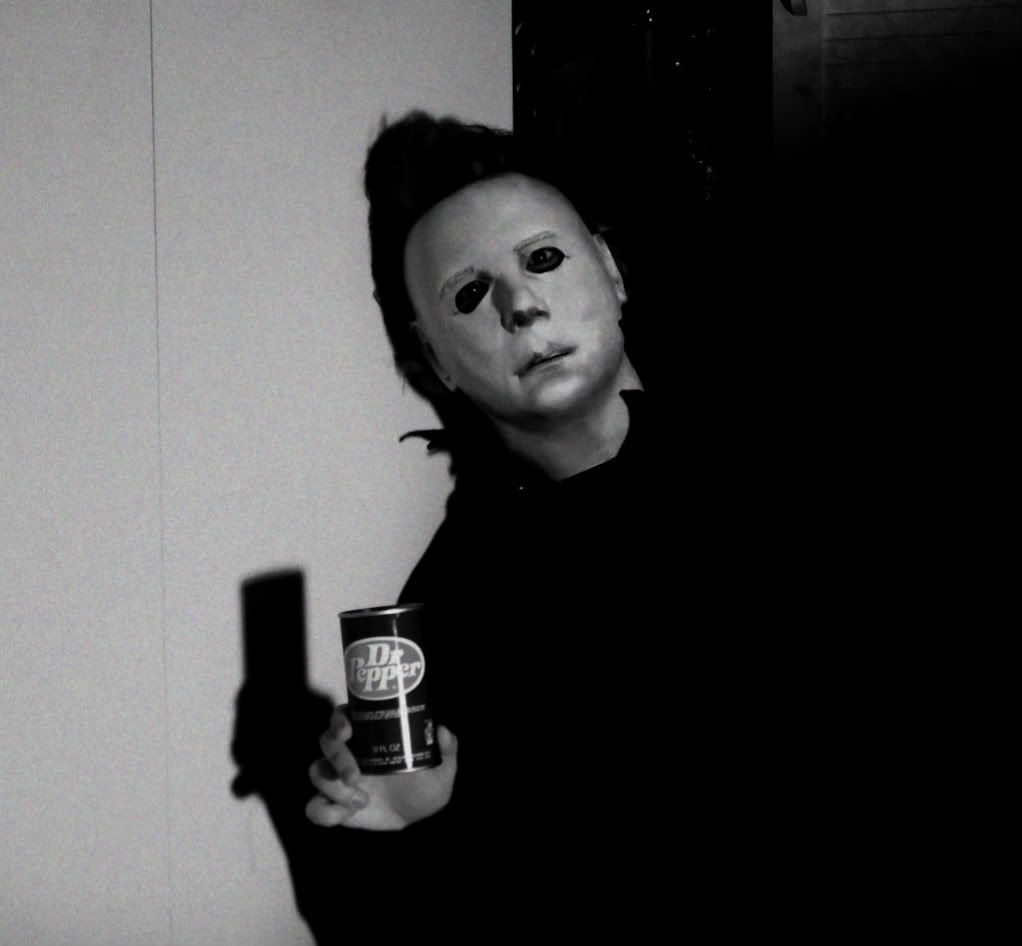 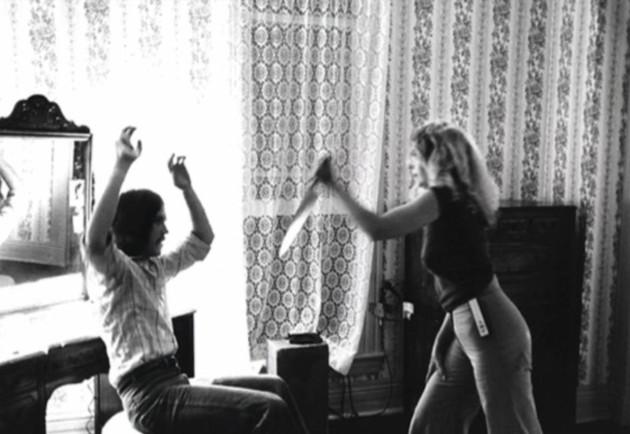 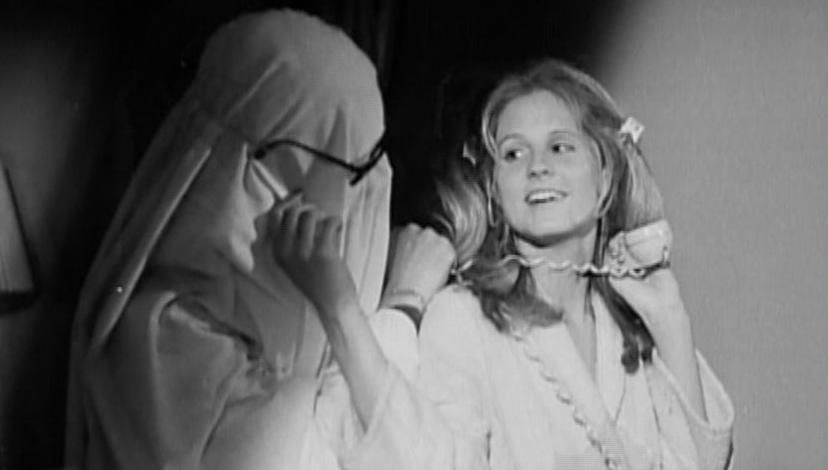 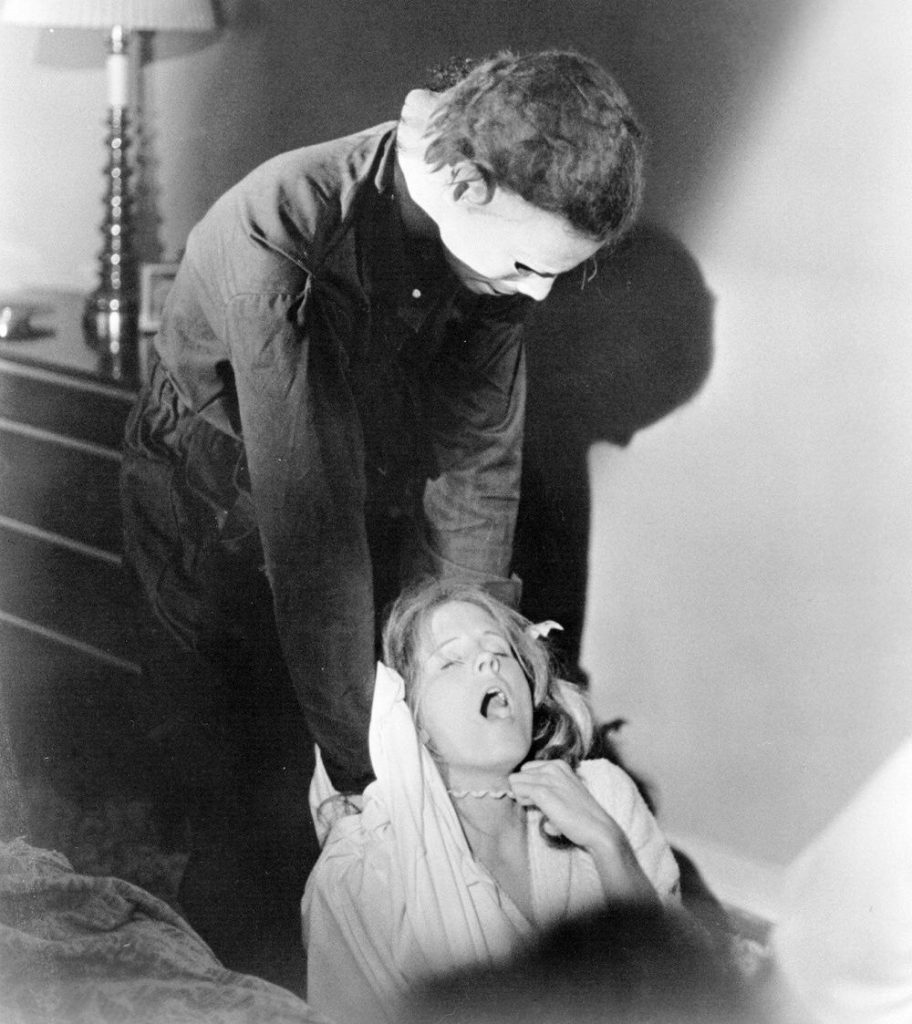 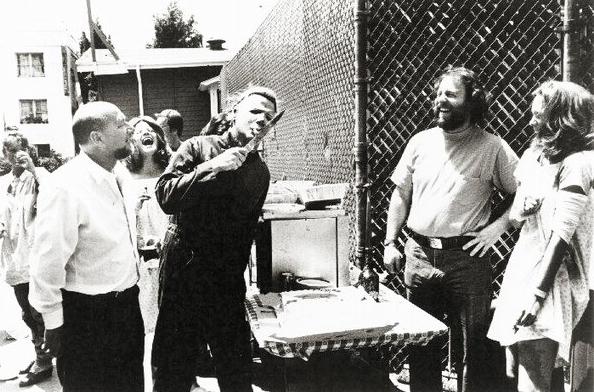 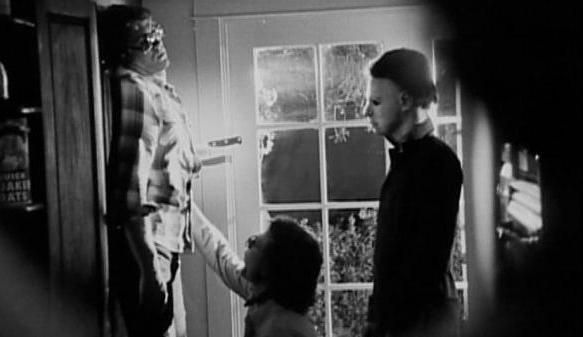