Having turned in a couple of ill-received films delving into the matters of political intrigue, Alfred Hitchcock went back to Britain and, practically at the very end of his career, made another great film on the trail of the works that had given him the title of the master of suspense and the macabre. A genuine thriller filled with dark humor, twists and sheer suspense, Frenzy is generally considered Hitchcock’s last great film. Upon its screening at the 1972 Cannes Film Festival, the filmmaker “looked fifteen years younger” according to the great François Truffaut, because Hitchcock knew he stylishly returned to the path of critical success. Besides the fact that he came back onto the genre territory he made his name on, there are a couple more reasons why Hitchcock was able to produce a great picture. First of all, since Frenzy was a relatively low budget project, especially compared to the earlier critical misfire Topaz, Hitchcock was spared from any studio interference and was allowed to make a film that would be truly his own. Secondly, it’s worth noting that the introduction of the MPAA rating system offered the filmmaker an unprecedented chance to use nudity and explicit sexuality more freely, with Hitchcock benefitting from this slackening of discipline and demand for purity to full extent. But even more so, what seems to set Frenzy apart from his earlier films is the setting and the ambiance that sprung from it. Hitchcock set the film in London, making the most out of picturesque locations such as Covent Garden, with low-caliber gangsters, prostitutes and merchants providing an impressive background for the action. Even the opening sequence, a postcard-resembling panorama of London, hints at what’s about to come next—Hitchcock’s love letter to the London of his childhood. This intentional return to the past, in the sense of both revisiting the city of the past and the style of his own previous work, turned out great, as Frenzy has the quality of engulfing you that characterizes only the best movies of this kind.

Frenzy offers a storyline that wouldn’t be too unfair to call typical Hitchcock’s: a wrongly accused man fighting to clear his name upon being accidentally put in an extremely tough situation. The film was written by Anthony Shaffer, who based the script on Arthur La Bern’s novel ‘Goodbye Piccadilly, Farewell Leicester Square.’ Henry Mancini was originally hired to compose the score, but when Hitchcock deemed his music too macabre and too much resembling Bernard Herrmann’s style, Mancini was replaced with Ron Goodwin. The camera was handled by master cinematographer Gilbert Taylor (Omen, Dr. Strangelove, Star Wars), while the film was edited by Lolita and Dr. Strangelove’s Anthony Harvey. Even though Michael Caine was Hitchcock’s first pick for the role of the serial killer, the actor refused to be associated with such a part, so his place was filled with Barry Foster, who proved an excellent antagonist to Jon Finch’s central hero. These two were accompanied by Alec McCowen, Billie Whitelaw, Anna Massey, Vivien Merchant and others—returning to England, Hitchcock saw it best to rely on local actors and actresses.

As stated earlier, since Frenzy was Hitchcock’s penultimate film, it was hailed and still enjoys the reputation of the maestro’s last significant effort. Dark but with moments of clear humor, intriguing and captivating, well-acted, enriched with wonderfully macabre details and with no shot wasted, it’s proof that, even with 73 years on his back, Hitchcock was able to shine when tackling inspiring material.

A monumentally important screenplay. Dear every screenwriter/filmmaker, read Anthony Shaffer’s screenplay for Frenzy [PDF]. (NOTE: For educational and research purposes only). The DVD/Blu-ray of the film is available at Amazon and other online retailers. Absolutely our highest recommendation.

In contemporary London, a sex maniac strangles women with a necktie. Fifteen minutes after the film begins, Hitchcock reveals the assassin’s identity (we had met him in the second scene). Another man, the focus of the story, is accused of the murders. He will be watched, pursued, arrested, and condemned. We will watch him for an hour and a half as he struggles to survive, like a fly caught in a spider’s web. Frenzy is a combination of two kinds of movies: those where Hitchcock invites us to follow the assassin’s course: Shadow of a Doubt, Stage Fright, Dial M for Murder, Psycho… and those in which he describes the torments of an innocent person who is being persecuted: The Thirty-nine Steps, I Confess, The Wrong Man, North by Northwest. Frenzy is a kind of nightmare in which everyone recognizes himself: the murderer, the innocent man, the victims, the witnesses; a world in which every conversation, whether in a shop or a cafe, bears on the murders—a world made up of coincidences so rigorously ordered that they crisscross horizontally and vertically. Frenzy is like the design of crossword puzzle squares imposed on the theme of murder.

Hitchcock, who is six months older than Luis Bunuel (both are seventy-two), began his career in London, where he was born and where he made the first half of his films. In the forties he became an American citizen and a Hollywood filmmaker. For a long time, critical opinion has been divided between those who admire his American films—Rebecca, Notorious, Rope, Strangers on a Train, Rear Window, The Birds—and those who prefer his English films: The Thirty-nine Steps, The Lady Vanishes, Jamaica Inn. Hitchcock’s fifty-second film, Frenzy, was a triumph at the Cannes Festival and reconciled both schools of critics, who acclaimed it unanimously, perhaps because it is the first film he’s made in Great Britain in twenty years. Hitchcock often says, “Some directors film slices of life, but I film slices of cake.” Frenzy indeed looks like a cake, a “homemade” cake by the septuagenarian gastronome who is still the “boy director” of his London beginnings.

Everybody praised the performances of Jon Finch as the innocent man and of Barry Foster as the strangler. I’d rather emphasize the high quality of the female acting. In Frenzy, for the first time Hitchcock turned away from glamorous and sophisticated heroines (of whom Grace Kelly remains the best example) toward everyday women. They are well chosen: Barbara Leigh-Hunt, Anna Massey, Vivien Merchant, and Billie Whitelaw, and they bring a new realism to Hitchcock’s work. The formidable ovation given Frenzy at the Cannes Festival redeems the contempt that greeted the presentations there of Notorious (1946), The Man Who Knew Too Much (1957) and The Birds (1963). Hitchcock’s triumph is one of style in recitative; here it has found its definitive form in a dizzying and poignant narration that never comes to rest, a breathless recitation in which the images follow one another as imperiously and harmoniously as the swift notes of the imperturbable musical score.

Hitchcock has long been judged by the flowers he places in the vase. Now we have at least realized that the flowers are always the same, and that his efforts are directed at the shape of the vase and its beauty. We come out of Frenzy saying to ourselves, “I can’t wait for Hitchcock’s fifty-third movie.” —François Truffaut’s review of Frenzy 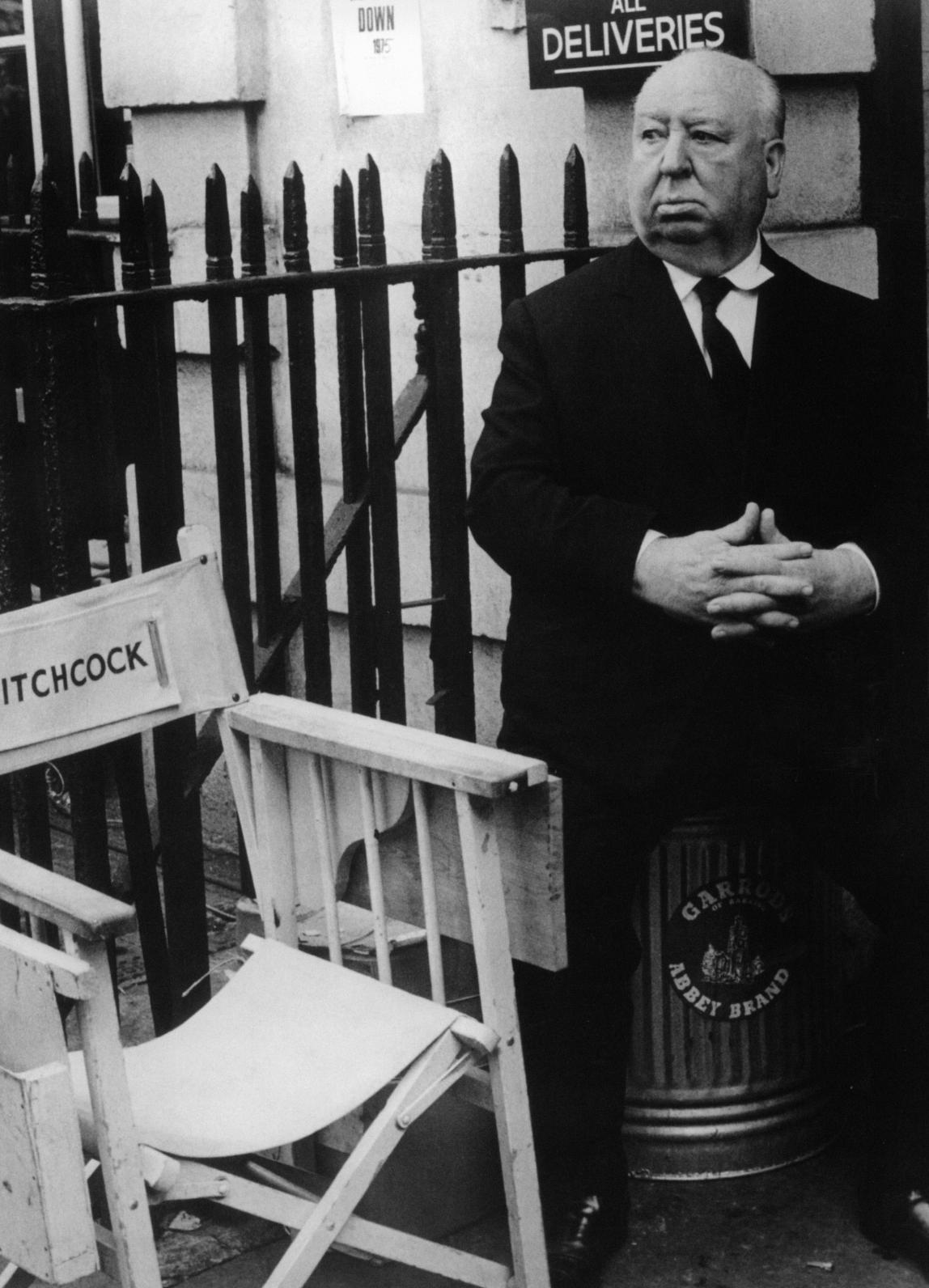 The London premiere was held on Thursday, May 25th, 1972. Hitchcock was interviewed that morning on the BBC Radio 4 Today programme and was asked about famous murder cases and what cuts were required in Frenzy to appease the British censor.

Music producer Anthony Friese-Greene interviewed Hitchcock for the BBC about the use of music in his films whilst the director was working on the post-production of Frenzy in London.

This short TV documentary includes behind-the-scenes footage from Frenzy (1972). At present, it is uncertain which programme it was edited into, although some of the footage appeared in Omnibus: Hitchcock (BBC, 1986).

London, 1971. Covent Garden Market with fruit and vegetables in crates. Loading boxes onto a lorry. Camera filming. Cast and crew and the filming of Frenzy with Alfred Hitchcock present. The Directors chair with ‘Mr Hitchcock’ written on the back. Hitchcock observes filming looking very serious. 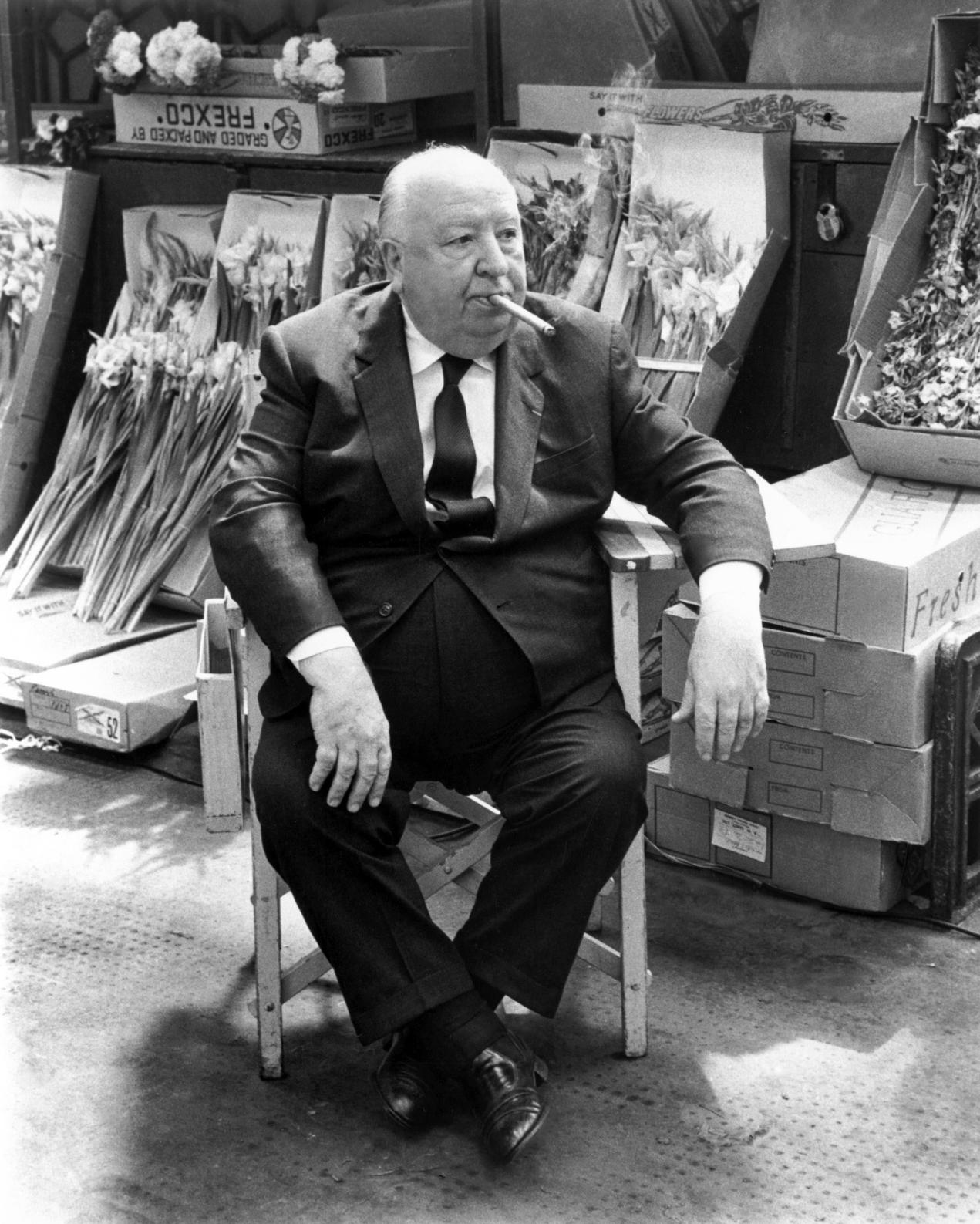 THE STORY OF ‘FRENZY’

“For those of you familiar with the trailer of Frenzy, Alfred Hitchcock was shown floating on the River Thames. As you can see, I settled for something a little more simple. Yet, since I travelled all the way to London, to meet with the screenwriter of Frenzy, Anthony Shaffer, and the cast members from the film, I’ve decided to introduce this exciting documentary from the famous Tower Bridge, where the movie begins. So here are some very exciting stories about the making of Alfred Hitchcock’s Frenzy. And for those of you wondering what happened to my tie, well, some very suspicious fellow bought it from me last night.” —Laurent Bouzereau

Photographs of Hitchcock (or rather, a dummy of Hitchcock) floating down the River Thames, used for the Frenzy trailer. 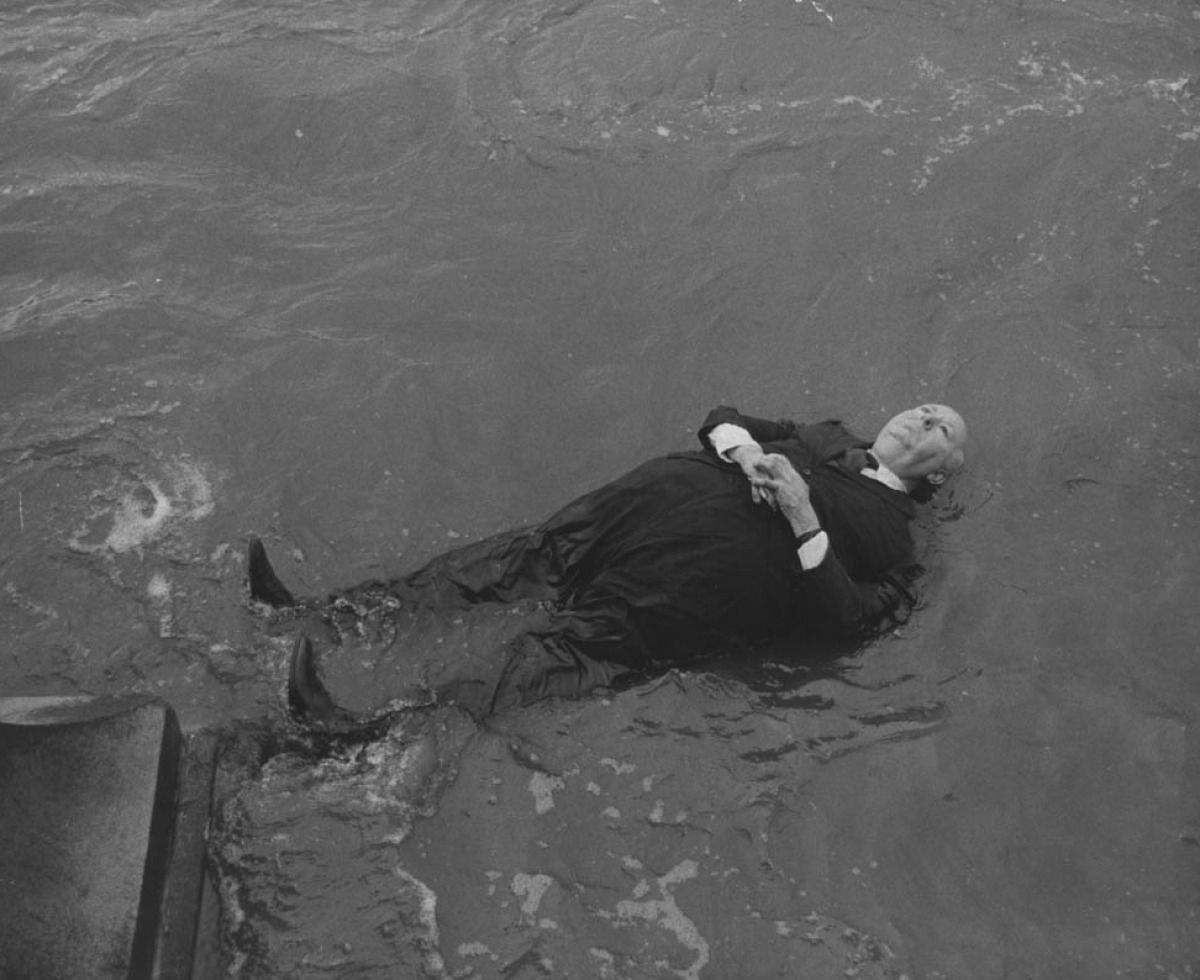 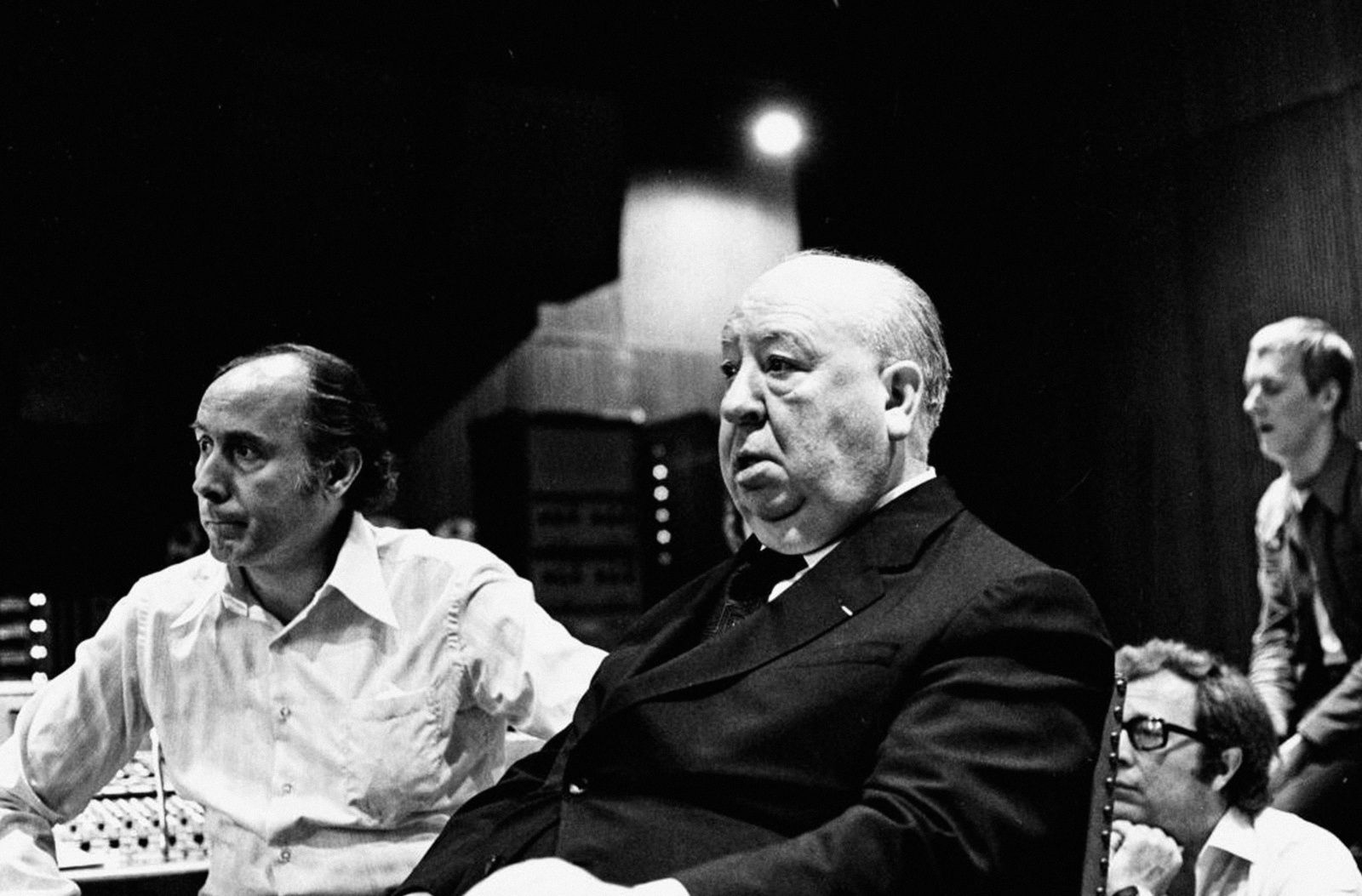 Oscar-winning costume designer Julie Harris was a perfect suit for Alfred Hitchcock. Designs from the BFI National Archive reveal their mutual love for muted tones, used in Hitchcock’s 1972 film, Frenzy. The costumes pictured are Harris’s designs for the doomed character of Brenda (played by Barbara Leigh-Hunt) in Hitchcock’s Frenzy, the grisly tale of a ‘necktie’ strangler which marked Hitchcock’s triumphant return to British soil after a long tenure in Hollywood. —Hitchcock costume designs

In July 1972, Camera Three broadcast two 30 minute interviews with Alfred Hitchcock titled The Illustrated Alfred Hitchcock, which were conducted by Pia Lindström (Ingrid Bergman’s daughter) and critic William K. Everson. The interviews included footage from a variety of Hitchcock’s films. Between the two interviewers, they manage to cover a wide arrange of topics including Hitchcock’s body of work, his trouble with method actors, his preference for blonde women, accepting fame, and even how Hitchcock nearly made a film about the Titanic. Courtesy of the Hitchcock Zone.

Join Academy Award-winning sound designers as they reveal how Alfred Hitchcock employed sound to make audience members leap from their seats in fright or crawl under them from excruciating suspense.

Director Martin Scorsese is our guide into the power and mastery of Hitchcock’s visual style, breaking down landmark sequences from Vertigo, The Birds and Psycho.

Martin Scorsese, Guillermo del Toro, William Friedkin and many others celebrate the enduring legacy of the man many consider the greatest filmmaker the medium has yet produced. Discover why Alfred Hitchcock’s movies thrill audiences and inspire filmmakers, who continue to employ his cinematic techniques to this day. 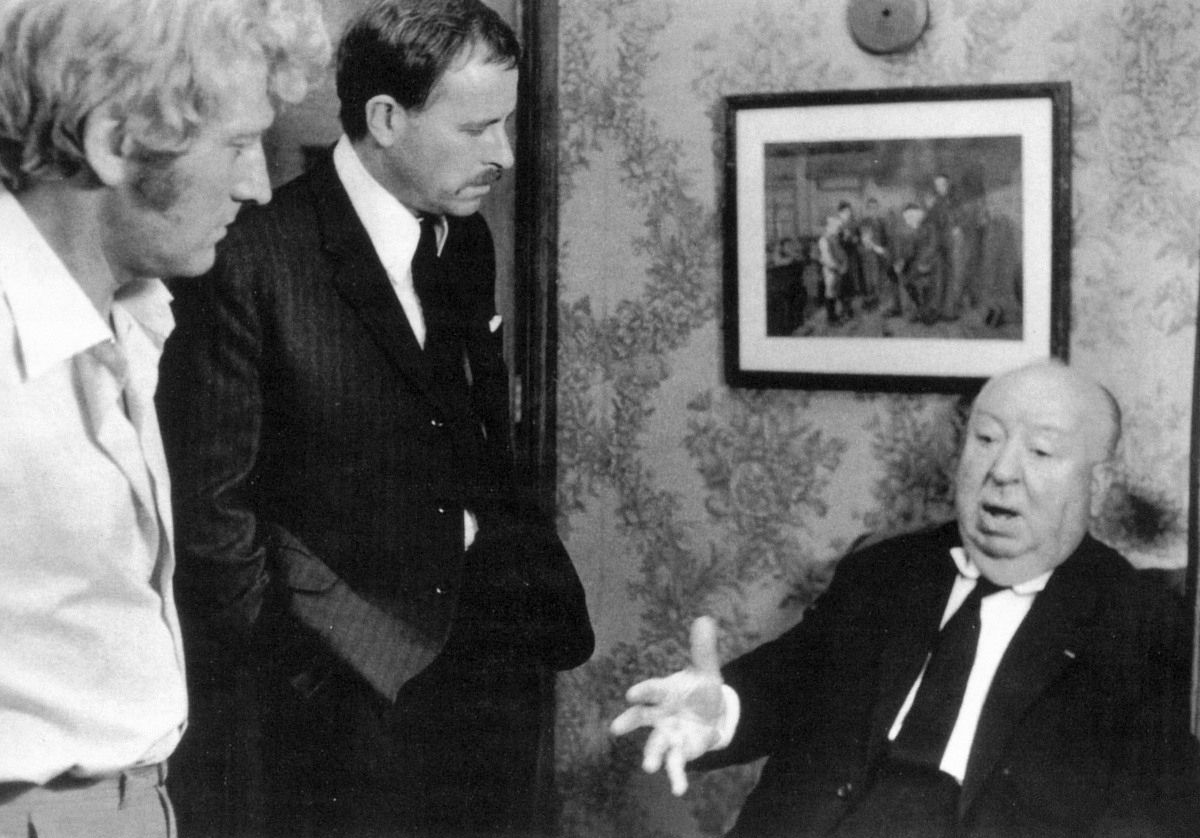 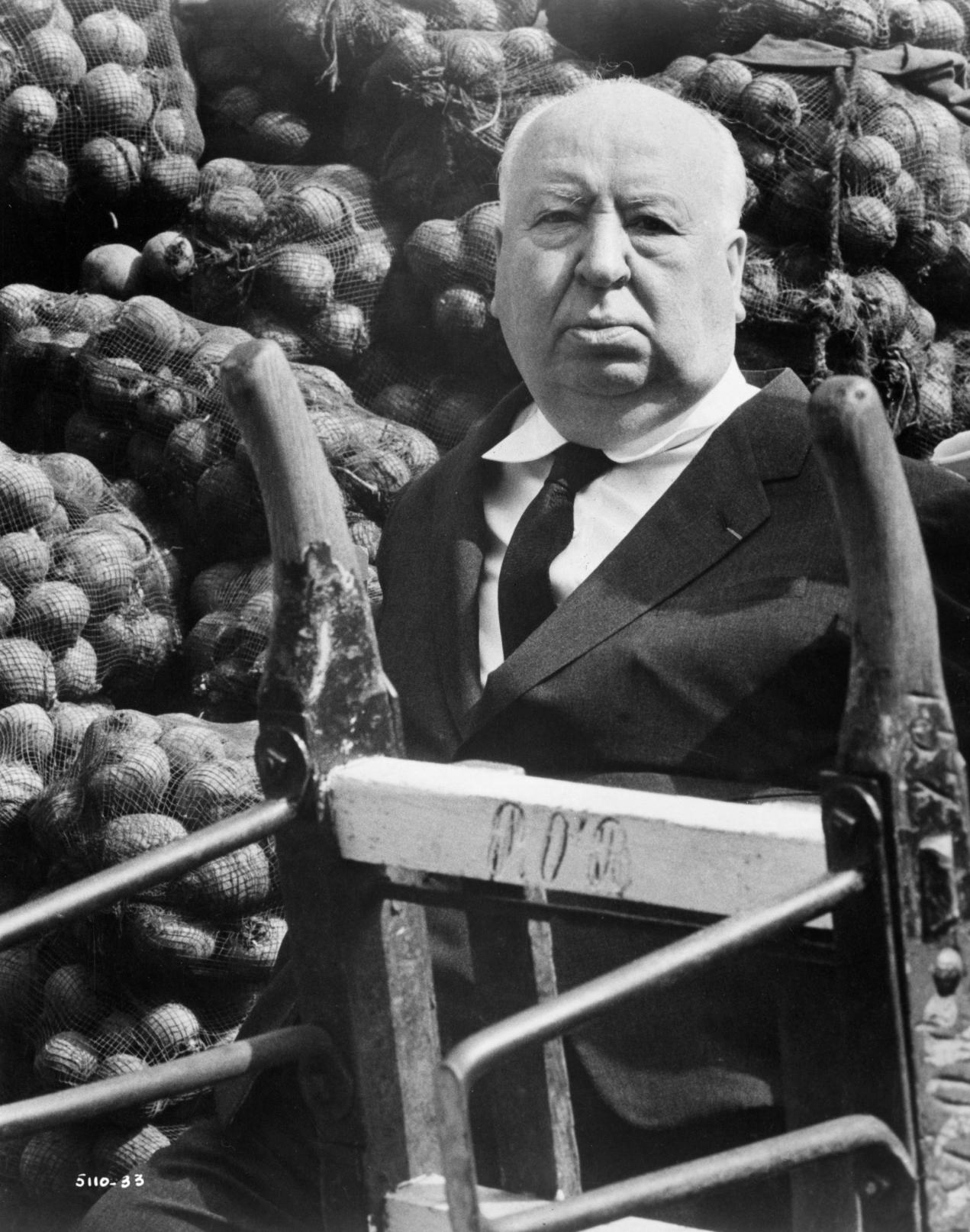 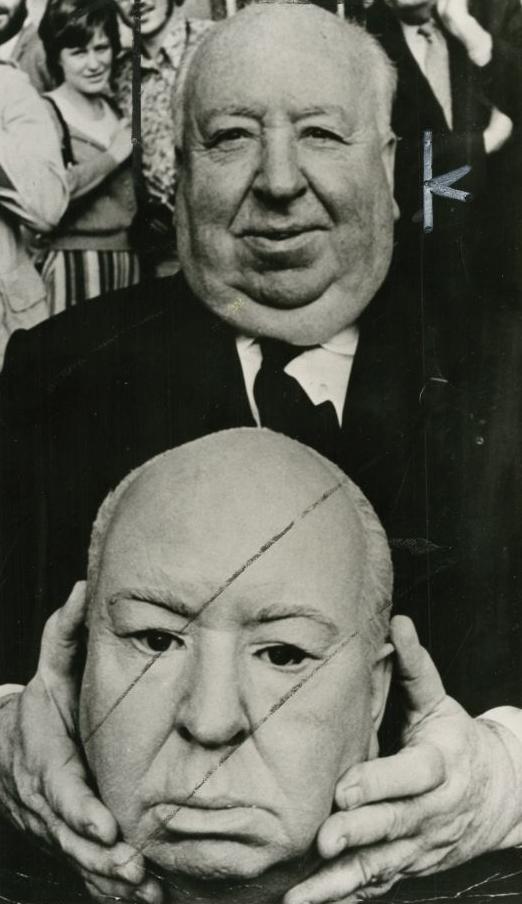 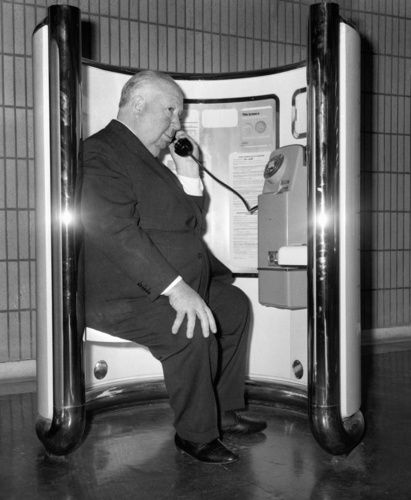 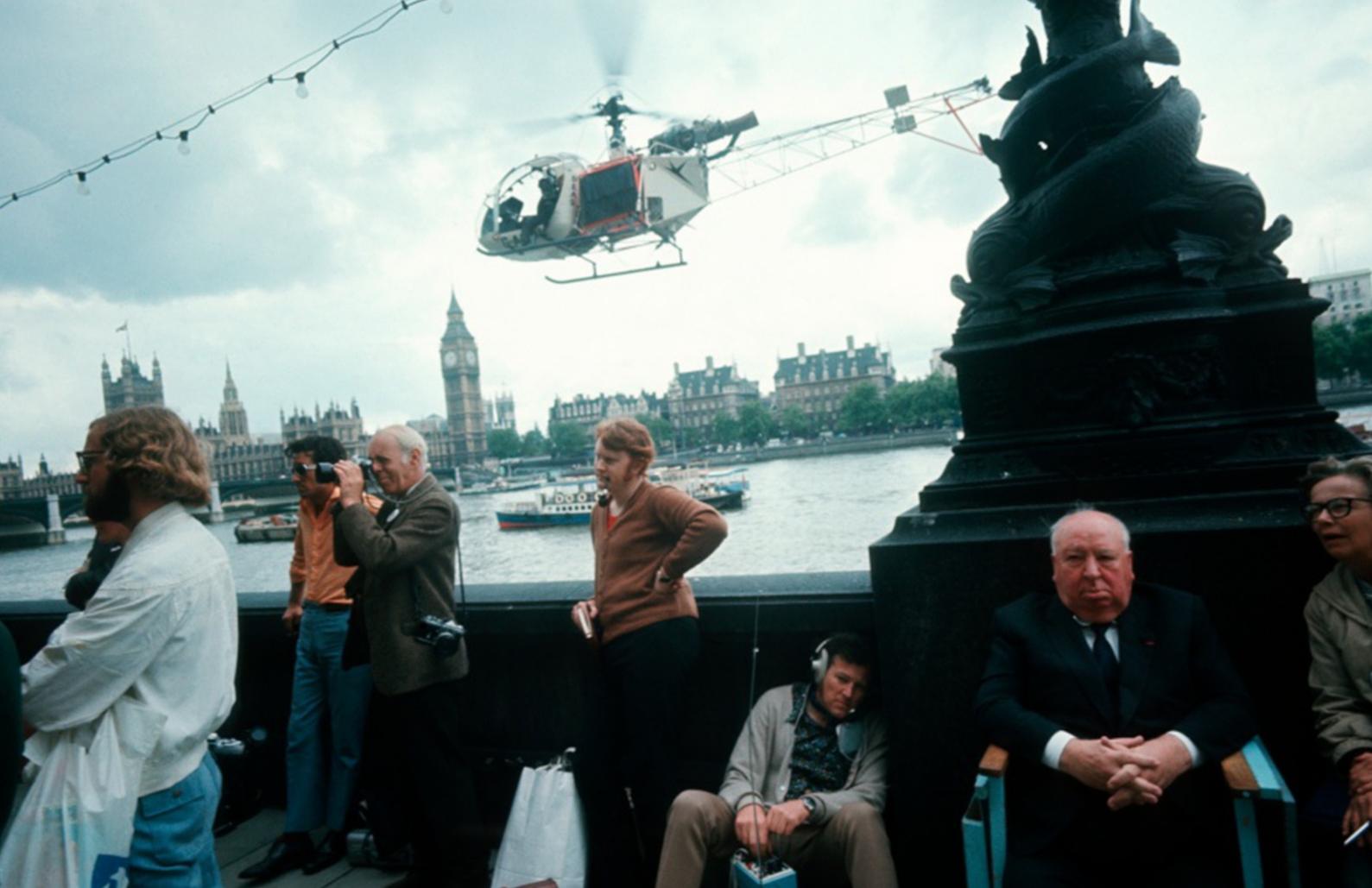 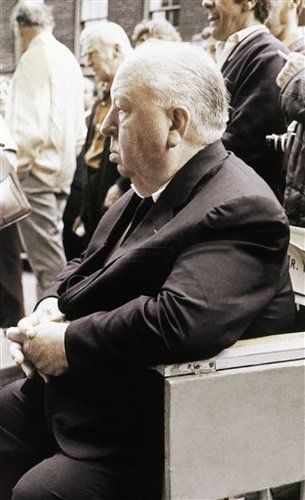 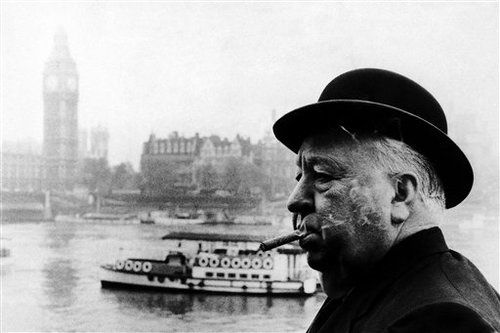 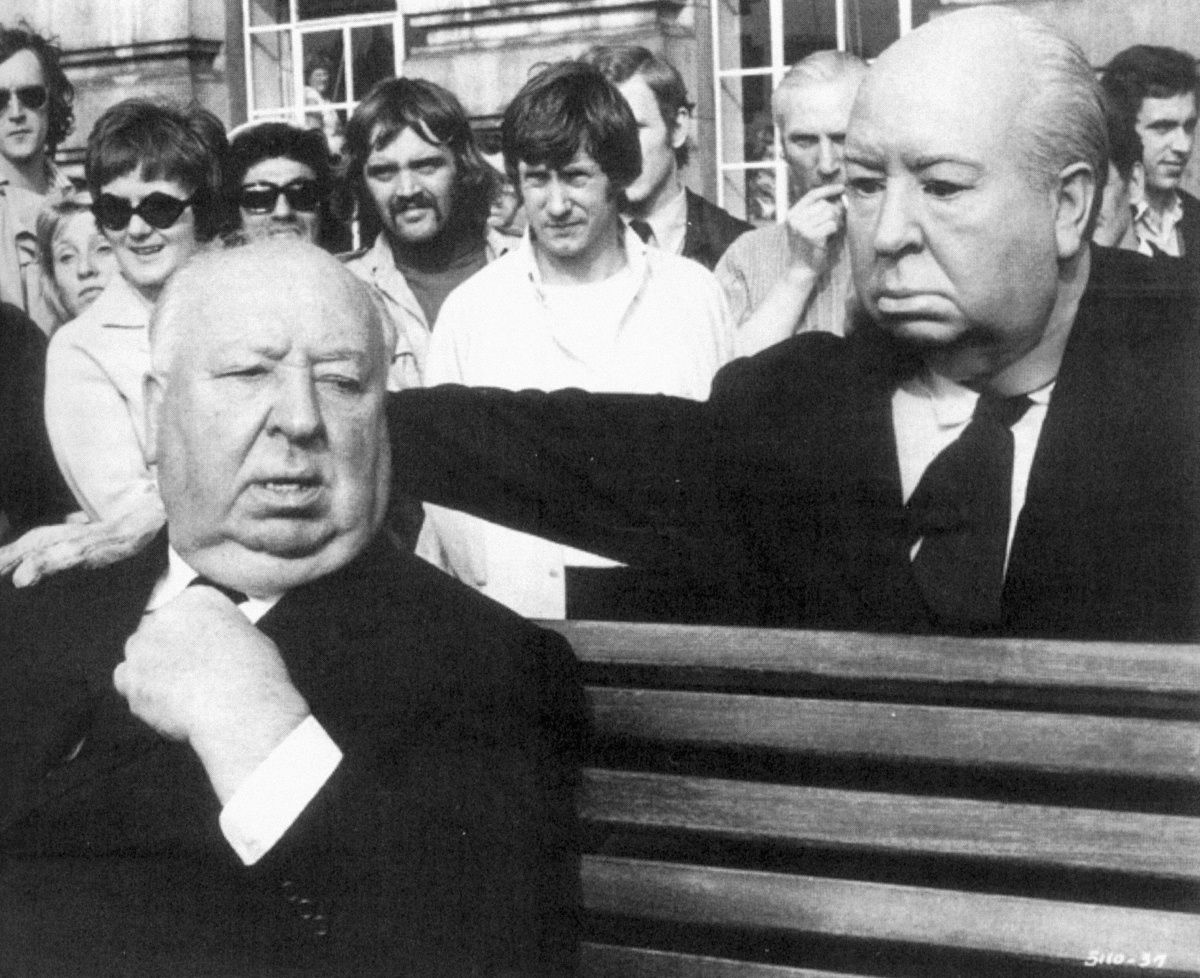 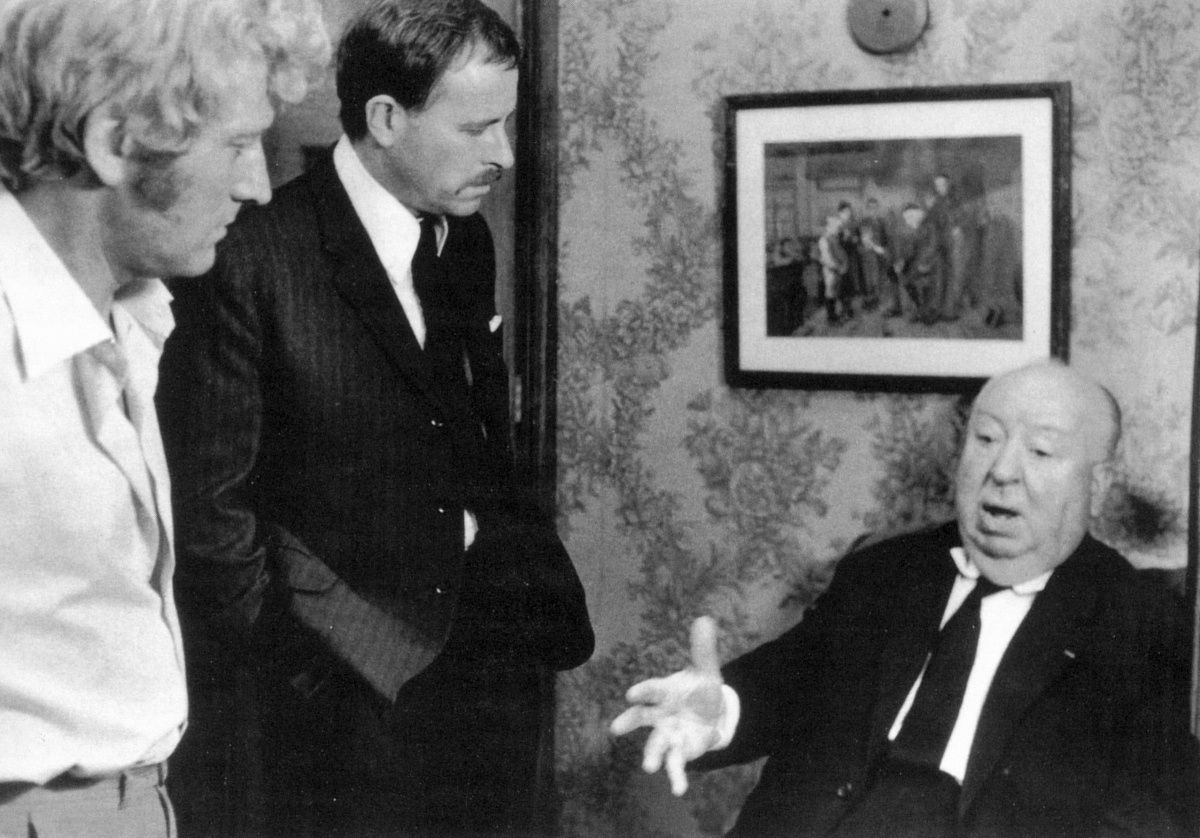 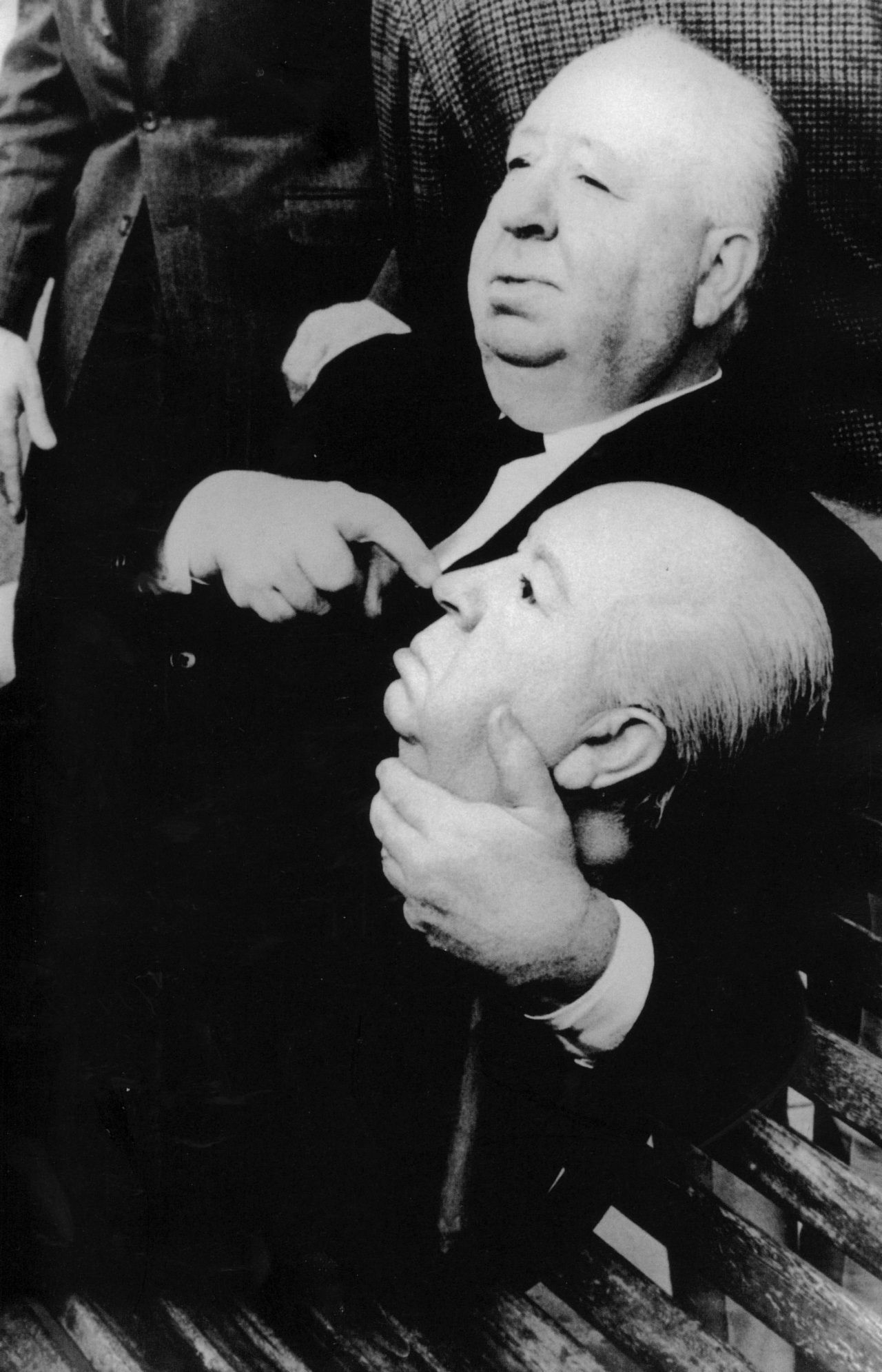 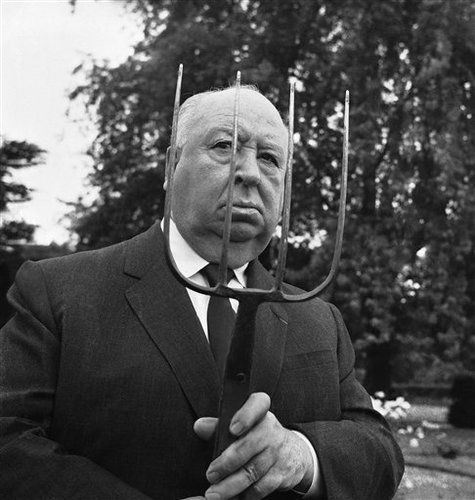 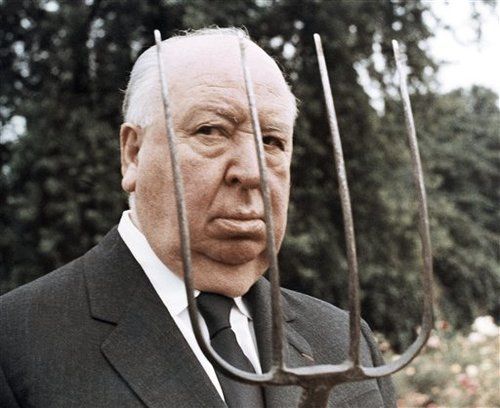 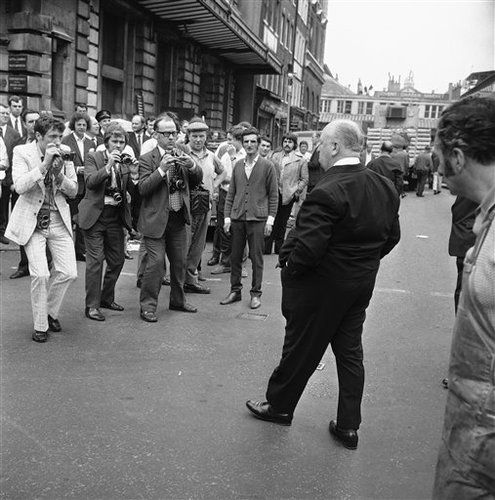 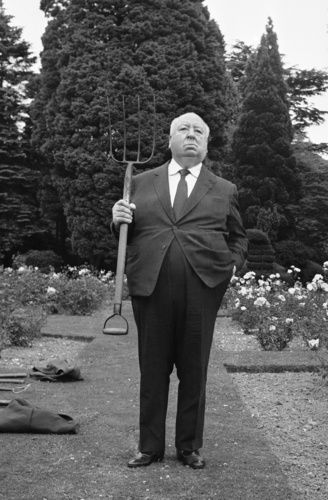 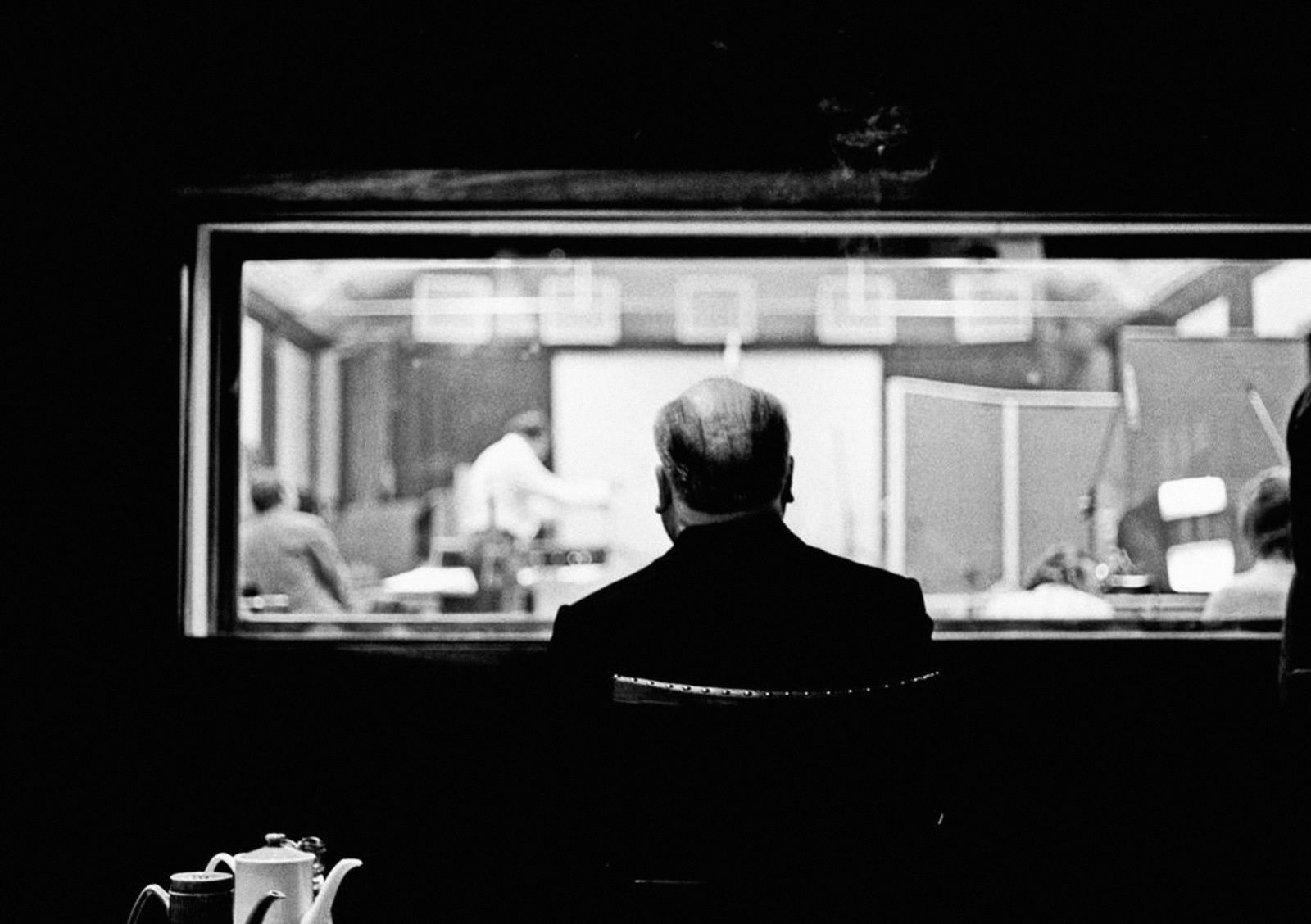 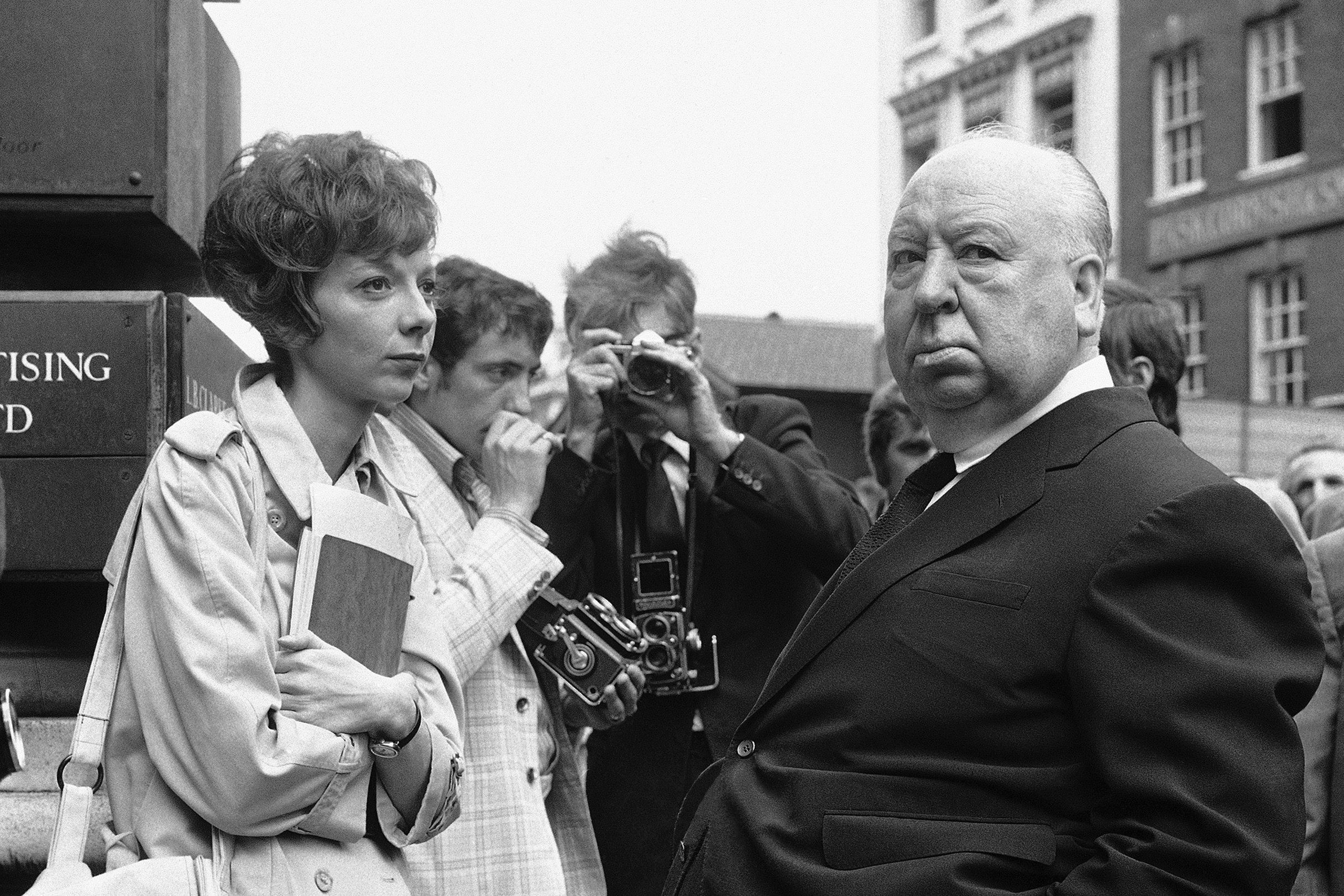 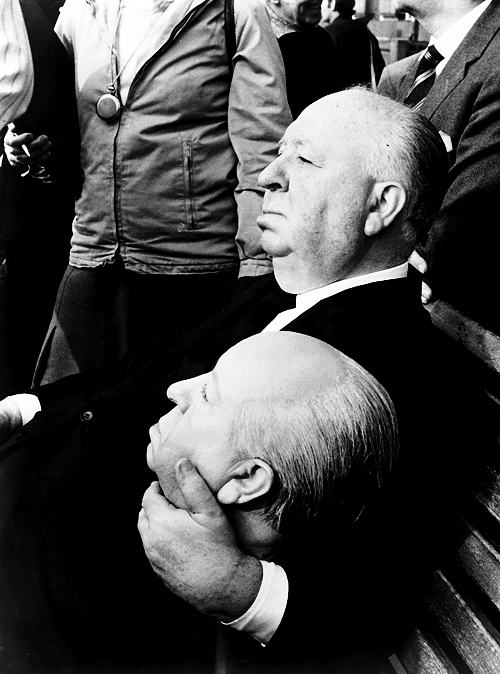