Stephen King’s novels were subjected to a hundred film adaptations since the prolific author began publishing his works in the seventies, but as they say—you always remember the first. In 1976 Carrie, based on King’s 1974 debut novel, almost literally shocked the world. Brian De Palma filmed a deeply thought-out and intelligent landmark horror film, tackling an impressively wide range of subjects such as teen angst, parent cruelty and high school trauma and pressure. This is a film that ages like the best French wine, four decades later standing out as one of the most capably crafted horror films of all time. Screenwriter Lawrence D. Cohen was chosen to adapt the novel, succeeding at creating a thoroughly observant portrait of human beings, terrifyingly playing with the eternally inspiring motif of supernatural powers to deconstruct what is, in fact, completely natural. The human nature has always been the most rewarding source of the thickest darkness, and luckily for us, De Palma and Cohen understood that perfectly.

Three years after her first big gig in Terrence Malick’s Badlands, Sissy Spacek tuned in with a striking performance and turned her TV/commercial career around, and found a compatible partner in the overwhelmingly inspired Piper Laurie as her abusive mother. Thanks to the wonderful work of DOP Mario Tosi, Carrie’s visuals matched both the intensity and the provocation of King’s story, and the score, written by celebrated Italian composer Pino Donaggi, added to the suspense and exhilaration of this highlight of De Palma’s earlier career. It should also be said that the film instigated an escalation in the career paths of young talents like John Travolta, Nancy Allen and Amy Irving. Carrie is one of the best horror films not just because of what we see on screen—most of the horror actually derives from reading between the lines. Quite honestly, this is a trait shared only by the very best.

Dear every screenwriter/filmmaker, read Lawrence D. Cohen’s January 1976 second draft screenplay for Carrie [PDF]. (NOTE: For educational and research purposes only). The final script included some revised scenes that don’t appear here, but this is very close to the shooting script. The DVD/Blu-ray of the film is available at Amazon and other online retailers. Absolutely our highest recommendation.

“George Lucas and I were both looking for young actors at the same time, so we held our casting sessions together. We both really wanted Amy Irving—he wanted her for Princess Leia. I don’t know where I got the idea for the ending of Carrie. In the original script, the big climax was Carrie giving her mother a heart attack. I remember saying to the producer, ‘This is the big scene?! Carrie looks at her mother and she clutches her chest?! I don’t think so!’ You know, it’s actually Sissy’s hand that reaches out from the grave. They put her in a box under the ground. I planned on using someone else. I mean, who would know if it was her hand? But she wanted to do it.” —Brian De Palma 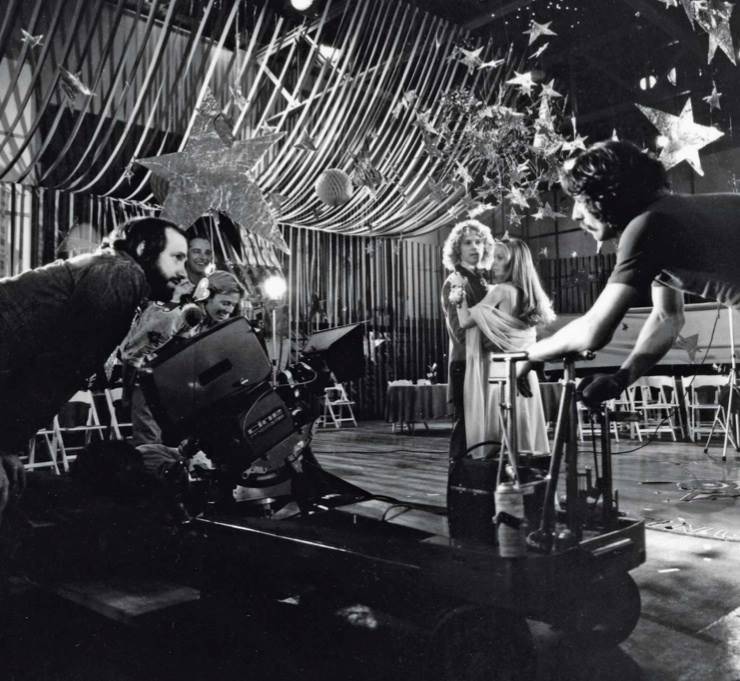 Mike Childs and Alan Jones interviewed Brian De Palma in London during his visit there for the opening of Carrie. Cinefantastique, 1977 [pdf].

Mark Cousins’ Scene by Scene BBC series—Brian De Palma talks to Cousins about his maverick career, his childhood and his films. 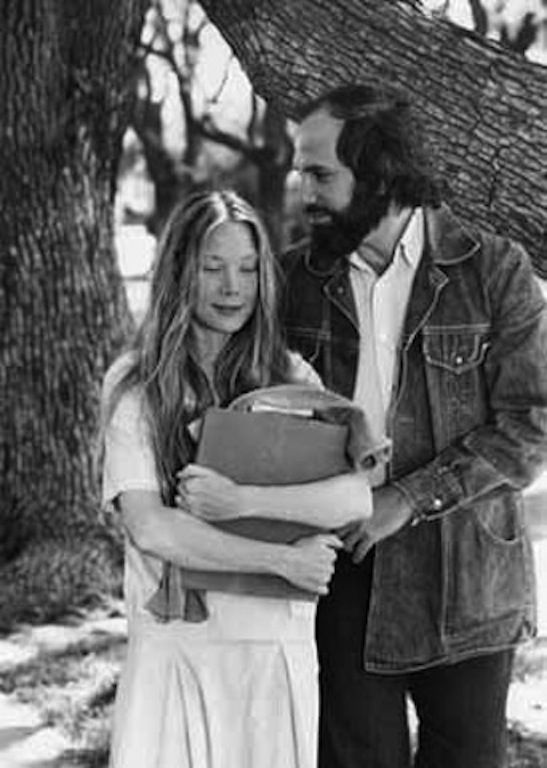 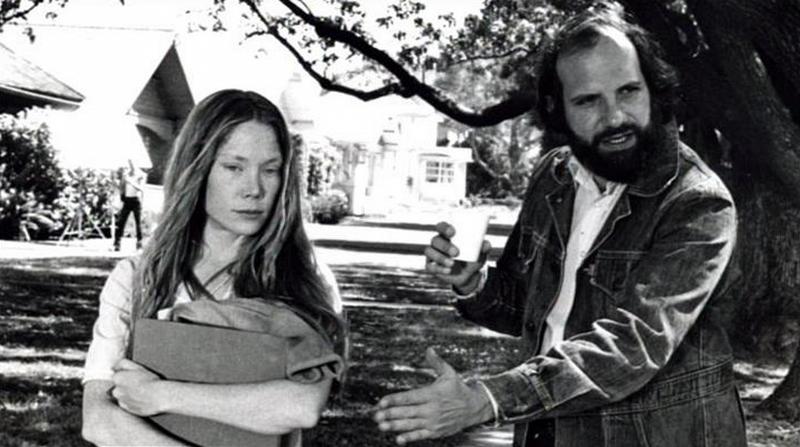 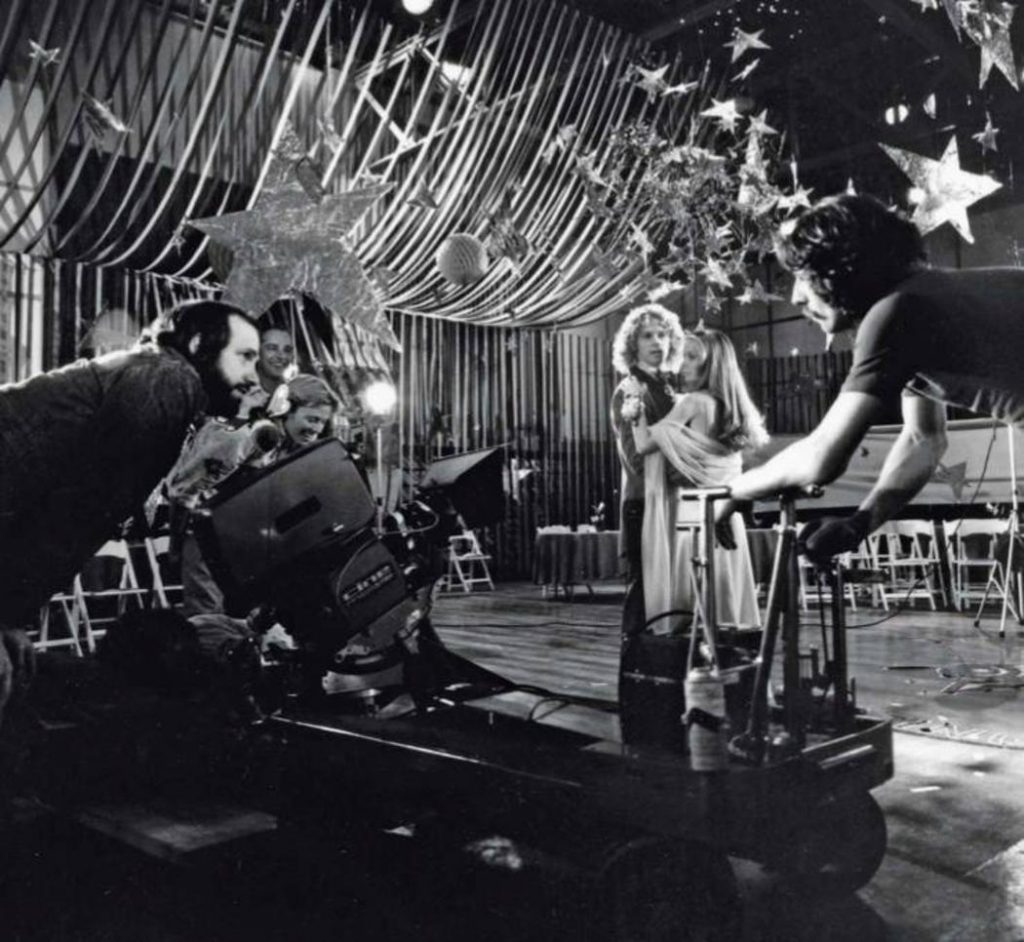 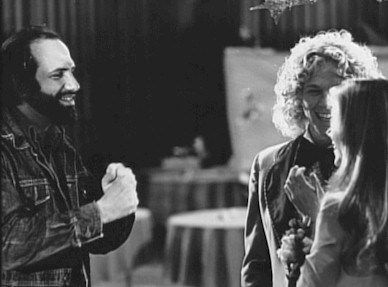 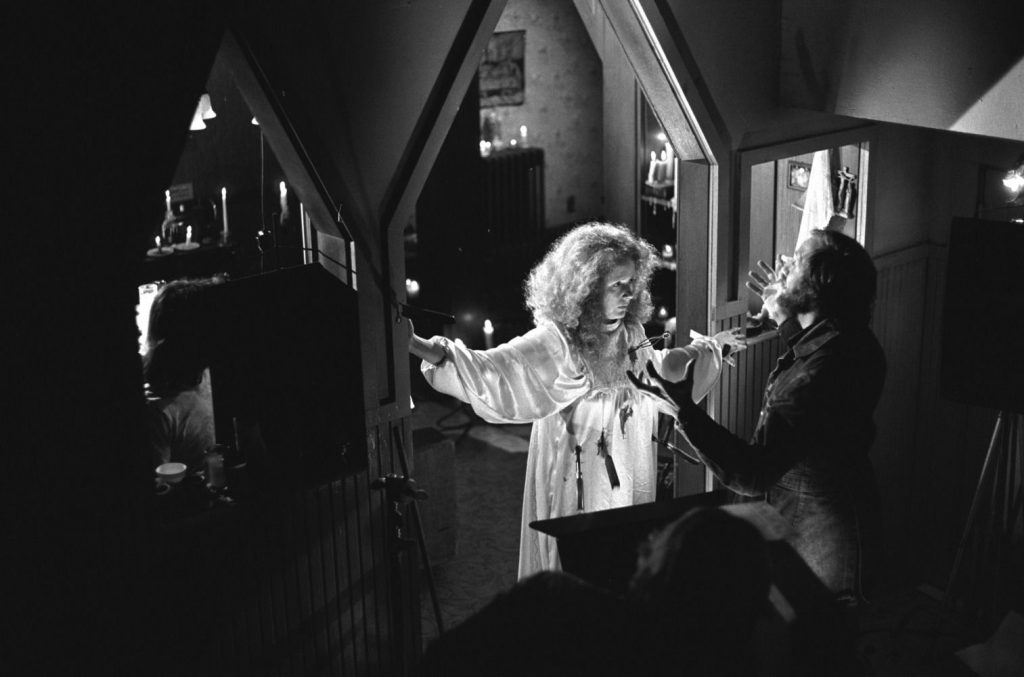 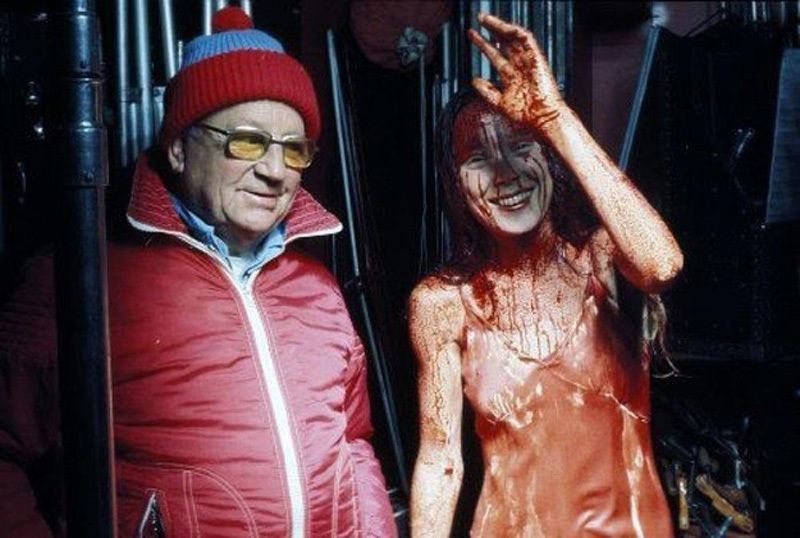 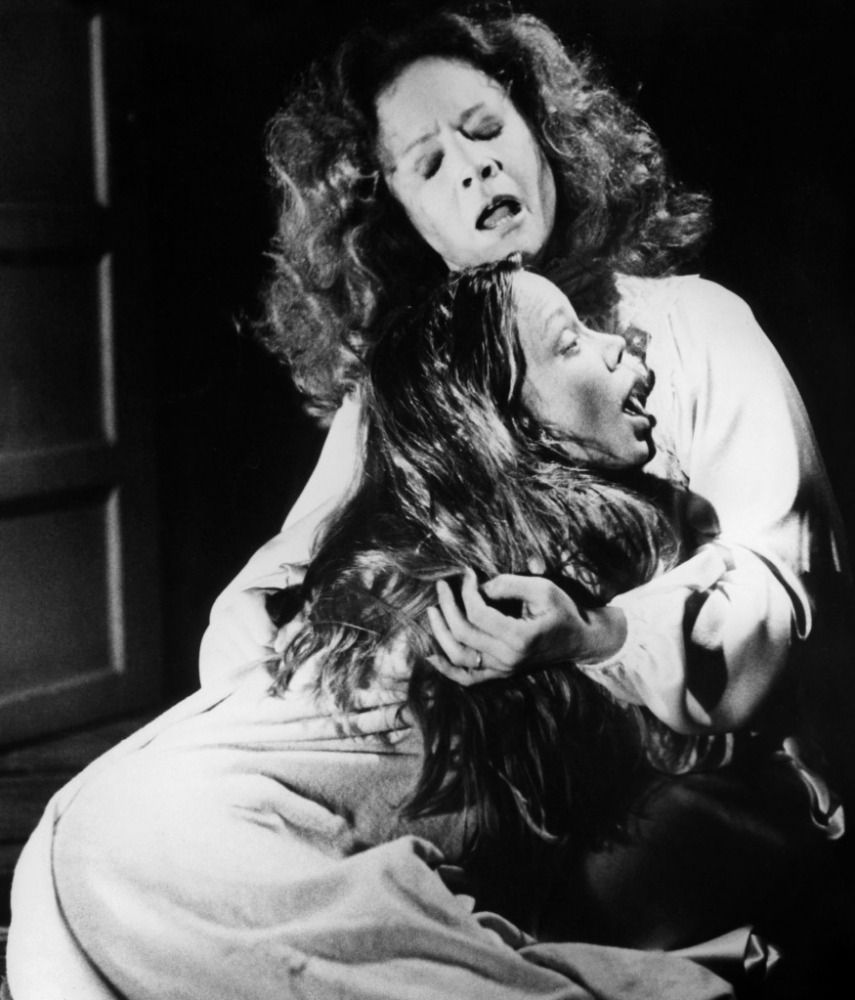 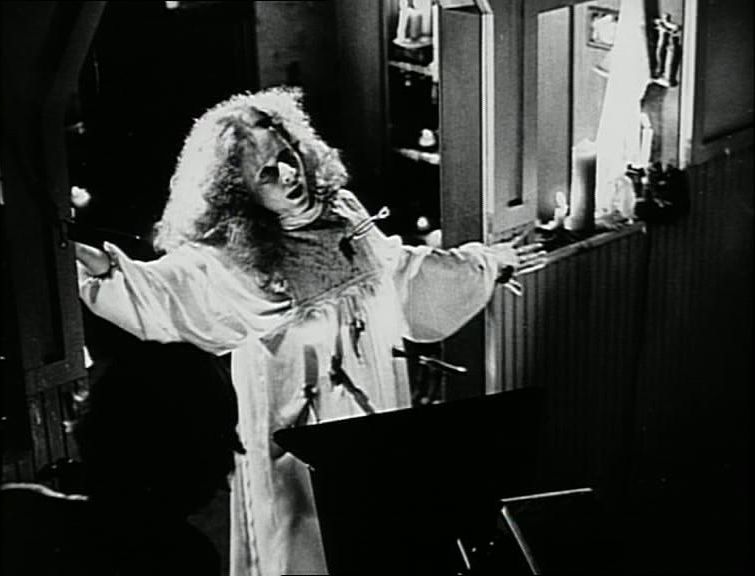 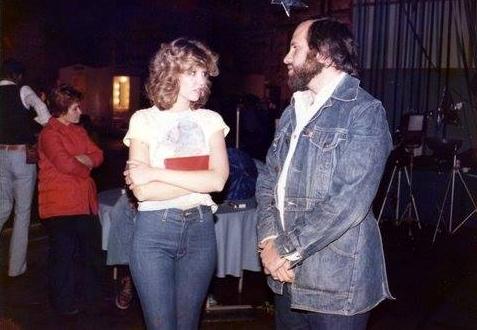 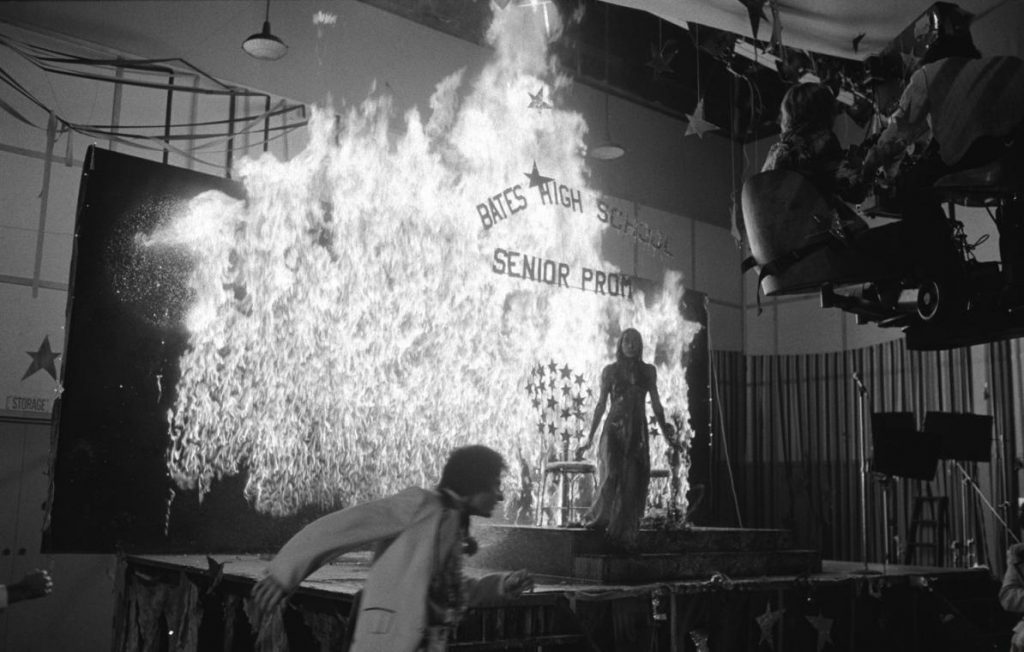