As the great British filmmaker David Lean scouted Tahiti searching for possible locations to shoot his, ultimately never-to-be-seen HMS Bounty movie, his frequent collaborator Eddie Fowlie alerted him of a rare and surprising find: he discovered an anchor that the historians confirmed once belonged to Captain James Cook, who jettisoned it back in 1773. Fascinated by the discovery and excited about the story, Lean decided to make a documentary about it. In collaboration with New Zealand’s South Pacific Television, Lost and Found: The Story of Cook’s Anchor was born. Penned by Lean’s regular writer Robert Bolt, the 40-minute documentary presents an oddity in the filmmaker’s rich resume. Filmed in 1979, the documentary went on to win the London Festival Choice Award at the London Film Festival next year. “You know, I get just as excited about this film as I do on any of my big ones,” Lean said. Since the film that brought him to Cook’s anchor was a huge blockbuster that never got realized due to financial requirements of such an ambitious project, Lost and Found: The Story of Cook’s Anchor is not only an exquisite documentary, but a fascinating reminder on a forgotten filmmaking endeavor. Probably the most expensive film up to that point of cinematic history ultimately didn’t see the light of day in Lean’s vision and shape (Roger Donaldson’s The Bounty that was made a couple of years later only hints at the idea’s potential), but this documentary proves that all that trouble Lean and his crew went through was hardly of no consequence and reward. With grateful thanks to Trapper Sean & NZ On Screen. 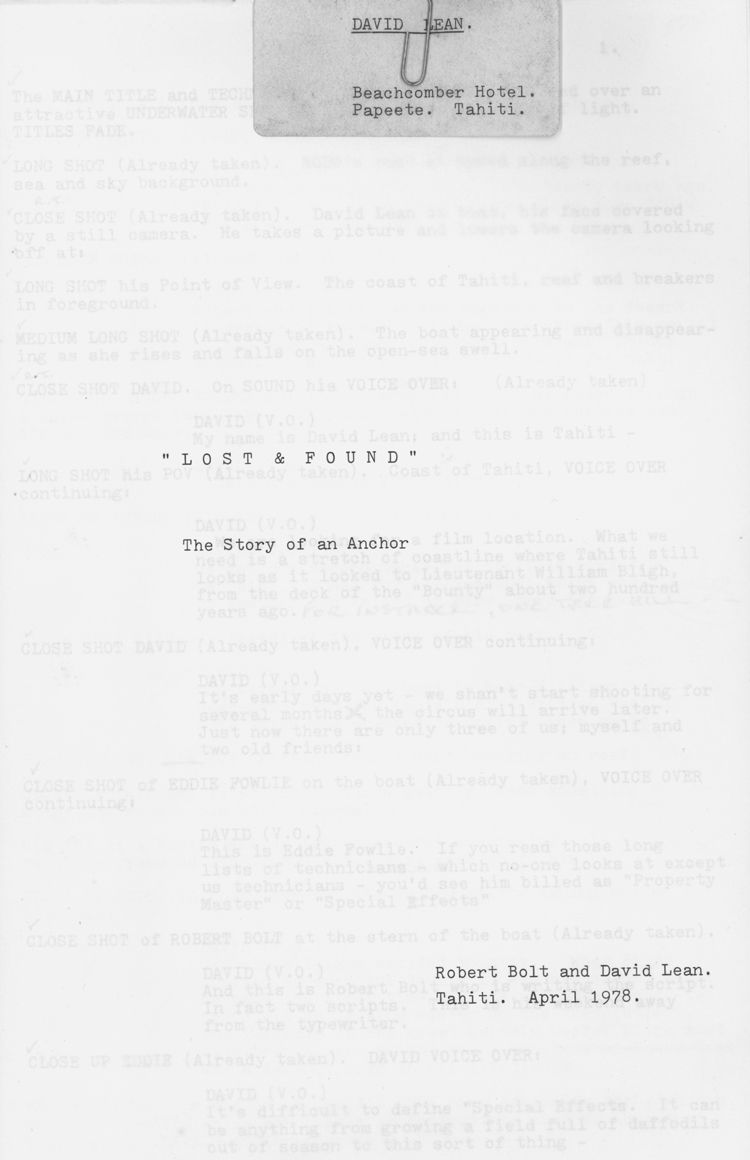 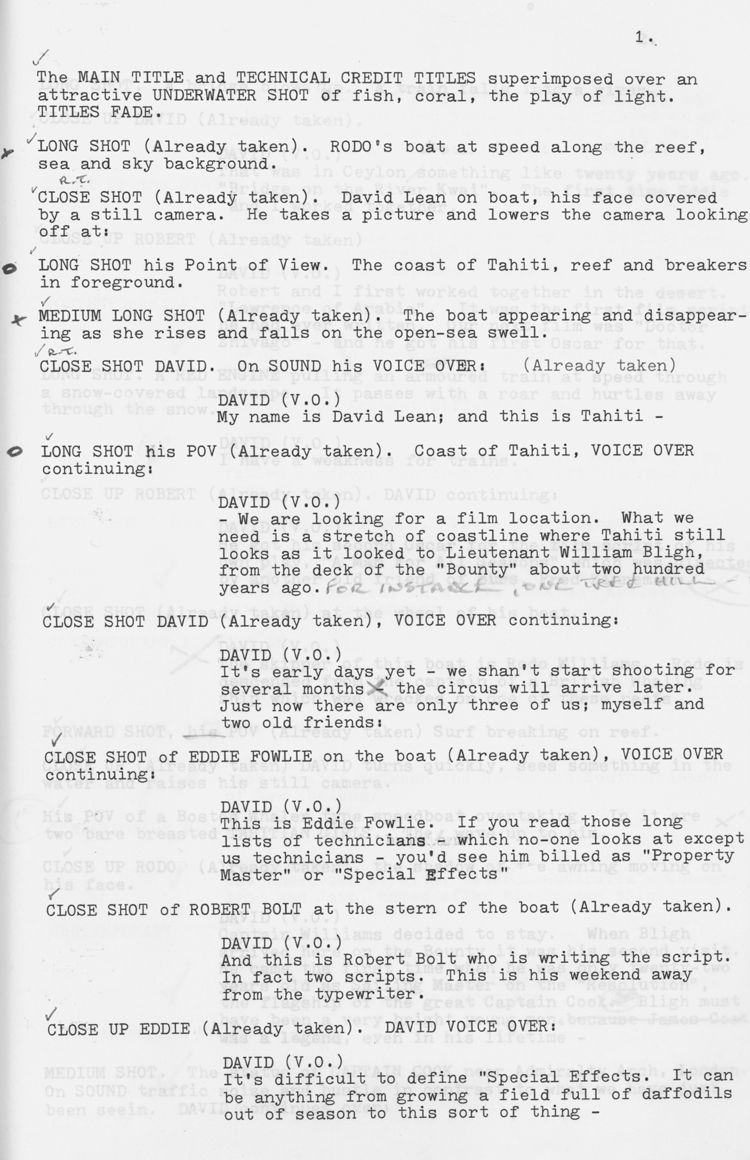 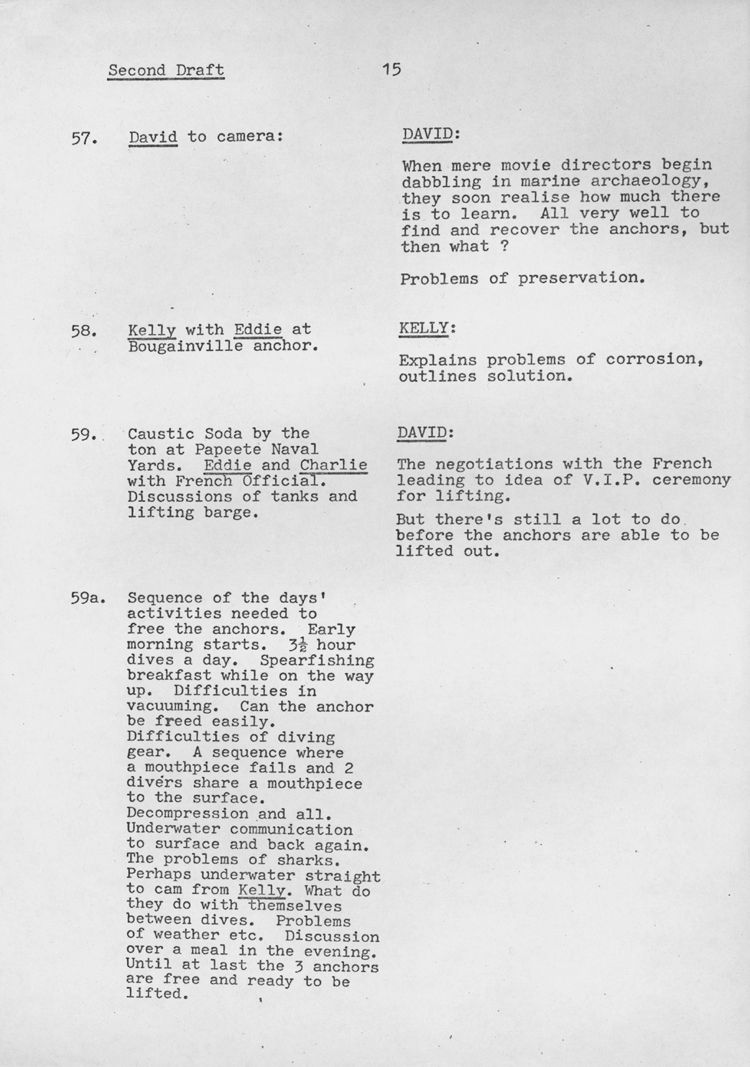 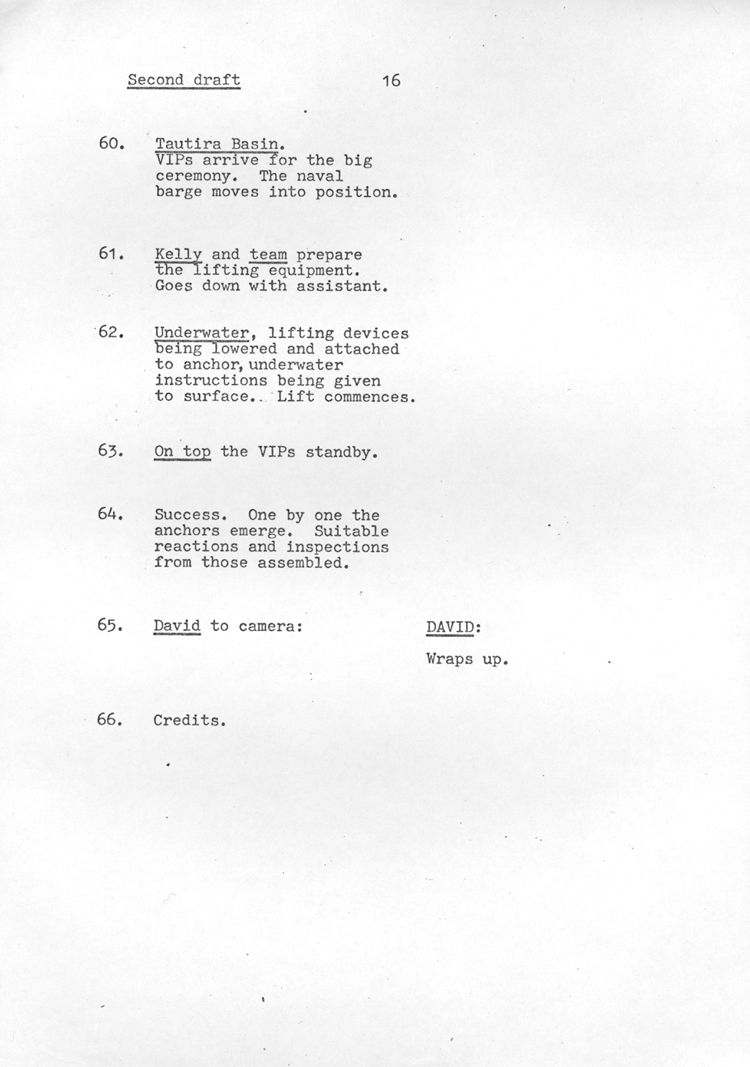 DAVID LEAN AND HIS DEDICATED MANIACS (2009)

Oscar-winning director David Lean had great faith in his regular film crew, once saying “Good films can be made only by a crew of dedicated maniacs.” In a documentary narrated by Nigel Havers, four of the colleagues who worked with him on classic films such as The Bridge on the River Kwai, Lawrence of Arabia and Doctor Zhivago share their memories of their time on set with a man who demanded perfection.