The opening shot of Ingmar Bergman’s 1982 film Fanny and Alexander begins on a sign from which the great director chooses to crane down to reveal a small scene of a puppet-show bathed in candle light. The sign reads EI. BLOT. TIL. LYST, which translates into English as “not for pleasure alone.” This was no coincidence of course, and I believe this is how Bergman himself related to cinema. Or at least I want to believe this to be the case because this is how I relate to cinema.

Movies should entertain and, yes, I want to be entertained, but I also want to be moved, and to grow from the experience of watching a film. I want a film to tell me something about the world, about myself, and about my place in it that I did not know beforehand. A different perspective. A different approach. I want cinema to speak to me in whispers the way only a lover can. I want cinema to tell me painful truths about myself the way only a lover would dare. I want to laugh and cry. To be inspired, and feel uncomfortable, all the while being told something important about what it is to be human.

With that in mind, I agree with Anthony Minghella when he states that cinematic “narrative has an important moral function,” and as filmmakers we ought to think deeply about the role that cinema plays in the expression of the human condition.

And when I use the term morality, indeed when Minghella used the term morality, I am not using it in any religious sense. Rather, morality here can be thought of as a framework for creating a good life—what Aristotle called, eudaimonia.

Minghella asked in the same lecture above, “What is fiction for?” I think Bergman answers this best when he stated it’s not for pleasure alone.

“Not for pleasure alone.” As artists this is our commission and I personally strive to achieve something close to this in my own work. For instance, in my short film, If I Had Another Day I attempted to present that it is only through self-awareness that grief can be overcome. That is to say, one’s past, present and future selves as a triad must reconcile the events of life in order to overcome said events and hope—not forgiveness—can forge these three together.

Now I’m in editorial on my first feature length film called, A Thousand Moments Later. We wrapped principal photography in the last few weeks, and now comes the editing process—the final “rewrite.” I’m hoping to have the film ready for a festival run towards the end of the year.

A Thousand Moments Later is a film about choices starring two Australian actors, Lily Hall and Christopher Farrell. It is a romance drama in the tradition of Blue Valentine—natural lighting, documentary style photography, and two main actors. It is the story of love and those moments in life that define who we are beyond the mask we present to the world. I’ve taken the premise that love is a choice and wrapped a narrative around it. (Of course, I am defining “love” quite differently than you might imagine but, perhaps we can talk about that another time.) Cinematic narrative can be, but clearly is not always, a platform for exploration into the human condition. It is my hope that A Thousand Moments Later is just that.

Indeed, cinema over other forms of storytelling such as prose or photography allows audiences to experience a given situation in as close to real life as possible without having to deal with the fallout. Movies can be a window into misfortune, giving us the chance to live out the ups and downs of someone else’s life as if practicing for our own. It gives us the chance to be the opposite sex, or really old, or to think in ways currently foreign to us.

This is why tragedy and suffering in cinema are important moral tools. Derek Cianfrance’s Blue Valentine, for instance, shows us from the inside just how relationships can go wrong without either party really understanding why. Things just happen. It’s no one’s fault. And cinema allows us to experience this without having to go through it.

Is this overstating the importance of cinema? Maybe… but maybe not! I think this all depends on the audience more than anything else. For if as a filmmaker you show a character in a state of being human. Show said character overcoming his/her troubles (or not) without ever explicitly stating why and you have the perfect conduit for transporting genuine knowledge about how to be in the world by allowing an audience member to fill in the details from their own understanding, and relate this back to their own lives.

Now, with the aforementioned in mind, and as good evidence of my point, I want to address the notions of clarity and coherence in cinematic storytelling. Some might argue there is, in fact, a lack of clarity in the very enterprise for cinematic storytelling is inherently abstruse by its very nature. Why? Because images are subjective. To make things worse, the ideas we are grappling with here are difficult. Yet, is it their importance that renders them difficult, or is it their difficulty that makes them important? I think one could argue it is in fact both, and for that very reason, it is important for those engaged in the articulation of the human condition to make certain the answers are accessible to as many inquisitive minds as possible. If the filmmakers, through artiness, simply add to the abstruseness of their project, thus taking important questions and rendering them impenetrable, cinematic storytelling turns into the quibbling of vain men and women.

Having said all that, and by saying it in such a way as to highlight my very point, I want to ask the following questions: Is misunderstanding the fault of the audience, or the filmmaker? Does simple clarity ensure comprehension? Or is understanding “given” through the art of eloquence? This question goes to the heart of a pedagogical dilemma presented herein: how do we get knowledge—the cognitive effect of understanding—from page, to screen, to heart via the head? Is it the duty of the writer to forge this understanding? Cleaving difficult ideas in plain English even at the risk of cogency. Or is it to the director we must turn in order to lift obfuscated prose from the page? And if the writer and director are one and the same, what then? All of that is to say, what role do audiences have in this play of wits? These questions seem important to me for freedom from suffering is at stake here—if the opposite of freedom is ignorance (and I believe it is).

While I’m still working through these questions, what I do know is that, if cinema is to be important to people it must be important for people. And for this to be the case a film must leave the viewer with a visceral experience not found elsewhere. It must speak to them in such a way as to seem important even when the narrative is difficult to grasp. Indeed, I would argue it must be somewhat difficult to grasp as this is what will inspire deeper thought. It will ignite interest to look beyond the ordinary. Beyond what is presented and to the meaning of what is being presented. Like maps to be read, cinematic narrative sets a course for self-knowledge, and the transference of knowledge is found in the act of looking beyond the ordinary.

Will A Thousand Moments Later succeed in this endeavor? I truly believe that is not for me to say. Because, some will like it. Others not. Some will understand and grow as a result. Others, not so much. And why would it be any other way? For no single piece of art nor artist can change the world but, it will change the creator through the act of creation. And perhaps this is the point. Then again, one might argue that in some small yet not insignificant way this does affect the world.

Clarke Scott is a writer/director and cinematographer who draws on his years of philosophical education and contemplative practice to tell stories of human potential. With a keen sense for the profound and an honesty of spirit Clarke’s projects often reflect his own concerns for a life well lived. Clarke’s debut feature film, A Thousand Moments Later, is currently in post-production and due for release in early 2016. Clarke also works as a commercial director, cinematographer, and editor based out of Melbourne, Australia. If you wish to contact Clarke you can do so here. 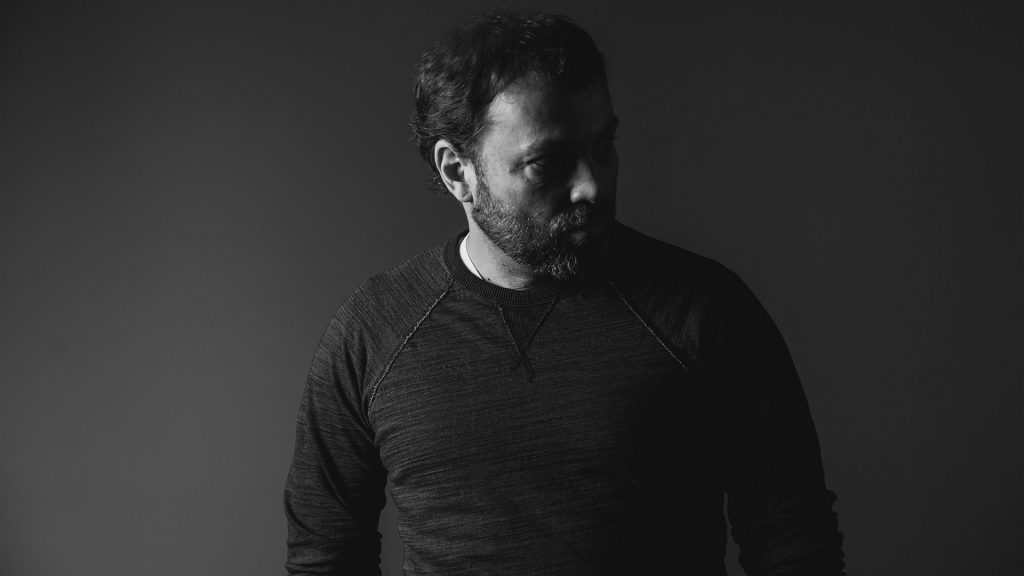