None of George Roy Hill’s numerous films made the deep impact his only collaboration with the American screenwriting legend William Goldman had back in 1969. The two of them joined forces to film Butch Cassidy and the Sundance Kid, their adrenaline-pumped, jaw-dropping version of the historically semi-based story of two fearless, gun-blazing outlaws and their adventures across two American continents. Without any sugarcoating, Goldman is one of the most powerful names in the world of 20th century screenwriting, and his work on All the President’s Men, Marathon Man, The Princess Bride and A Bridge Too Far, among others, easily makes him a full-fledged god to us. Goldman spent eight full years contemplating on the story before he finally sat down and penned the screenplay. In order to bring his story to life, Hollywood’s hugely talented lead men Paul Newman and Robert Redford were hired, subsequently helping the film on its way to four Academy Awards, including a more than deserved Oscar for Goldman in the best original screenplay category. Butch Cassidy and the Sundance Kid proved to be a box office champion, becoming the top grossing film of the year. But much more importantly, Hill and Goldman, graciously helped by their stellar cast, made a true western epic passionately remembered decades upon its initial release.

Dear every screenwriter/filmmaker, read William Goldman’s screenplay for Butch Cassidy and the Sundance Kid [pdf]. We also recommend you to listen audio commentary with William Goldman [mp3]. (NOTE: For educational and research purposes only). The DVD/Blu-ray of the film is available at Amazon and other online retailers. Absolutely our highest recommendation.

“Because as colorful as the material was, it had inherent problems. It covered a number of years, it moved from continent to continent. Terribly sprawling. Now, if you’re writing an epic, you can sprawl to your heart’s content, but this was no epic; rather, I thought it was a personal story of these two unusual outlaws. Eventually, I’d done all the research could bear, I hoped I had a story that would prove coherent, so I sat down and wrote the First draft in 1966. It took four weeks. When someone asks how long it takes to write a screenplay, I’m never sure what to answer. Because I don’t think four weeks is what it took to do Butch. For me, eight years is closer to the truth. In any case, before you begin, you must have everything clear in your head and you must be comfortable with the story you’re trying to tell. Once you start writing, go like hell—but don’t fire till you’re ready.” —William Goldman, an excerpt from Adventures in the Screen Trade 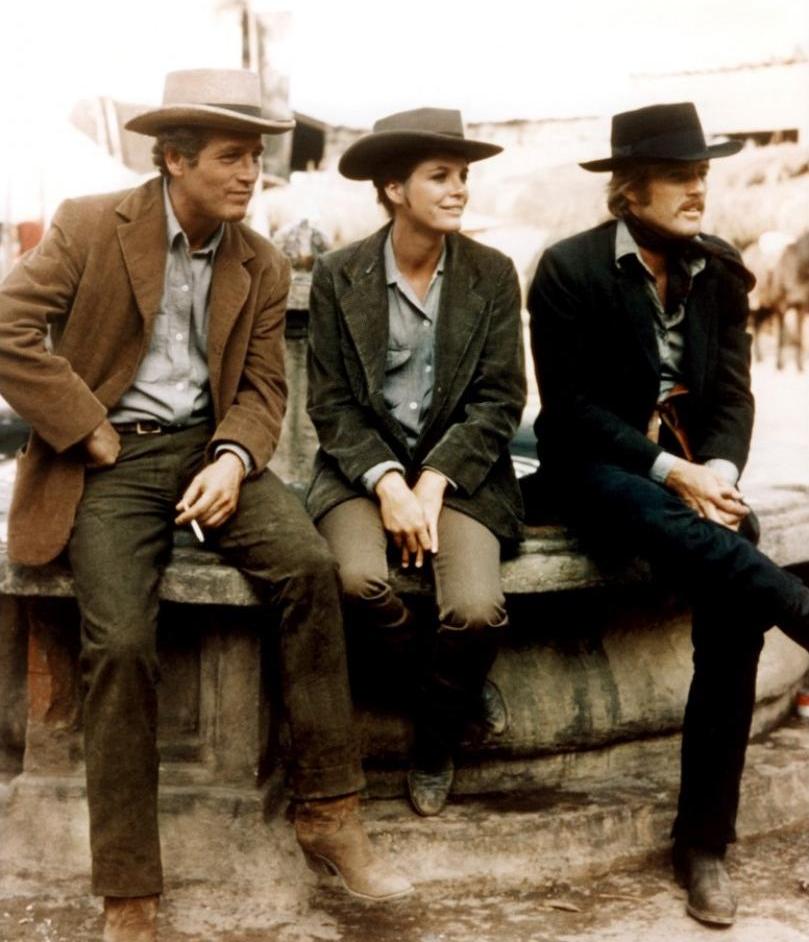 “What a lot of crap,” Newman said, reading the newspaper. “Here they have me number two and I haven’t even had a picture in release this year.” “Not other than Harry Frig.” “Forgot about that,” Newman said. “Look busy, here comes Hill.” “Look busy yourself, you lazy slob,” director George Roy Hill said. He sat next to Redford and took the beer Newman offered. “Got some of that good German stuff if the ice ever comes,” Newman said. “Redford, do you know here we are with two days of shooting left and Hill hasn’t done a single goddam thing about scoring it?” “My idea is to do it entirely with voices,” Hill said. “That gives you a period feel, and yet a timelessness…” “Here come the Swingles,” Newman said. He opened another beer. “You could get the Swingle Singers or you could get any number of groups,” Hill said. “Been done,” Redford said. “Been done?” Hill said. “Been done four years ago,” Redford said. “Well, maybe the FM radio audience knows who they are,” Newman said, “but it hasn’t been done in a movie…”

“I didn’t say that,” Redford said. “I just said it’s been done.” “What did he just say?” Hill said. “Been done,” Newman said. “It’s an interesting concept,” Hill said. “I still think, as a concept…” “You’re so good on concepts,” Newman said, “it’s a damn shame you can’t handle actors.” “God,” Hill said. “And now I can’t even slug him on direction.” “Been done,” Redford said. He raised his eyes to the ceiling and cleared his throat loudly. “Reminds me,” Newman said. “When we were on location in Mexico, we had a little Olympics and you know Robert Redford hawked a fourteen-foot lunger?” “Can I ask a question or are you all absorbed?” Redford said. “All absorbed in what?” Newman said. “All absorbed in lacing your shoes?” “Ask.” “What are you lacing your shoes for?” “Because I’m going to walk on the ground, you yo-yo.” “Isn’t that what God gave you slippers for, or do you always wear shoes at the beach?” Newman laughed. “With my legs I look like a hare in heat anyway.” —Newman’s Complaint, by Roger Ebert, 1969 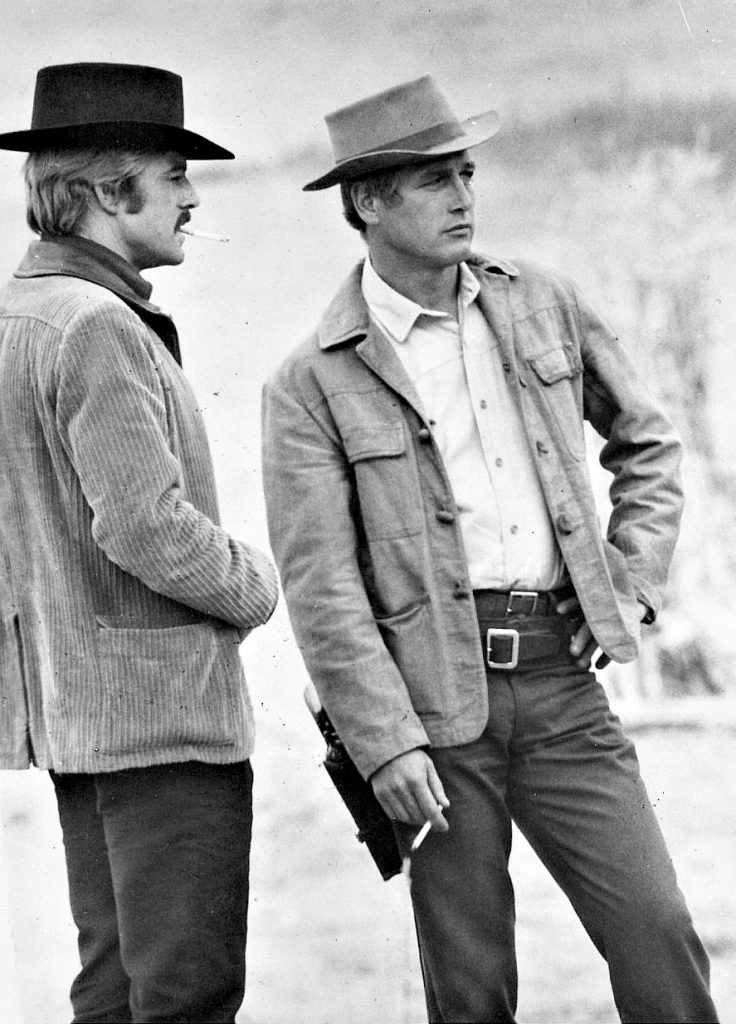 I first met Paul Newman in 1968, when George Roy Hill, the director of Butch Cassidy and the Sundance Kid, introduced us in New York City. When the studio didn’t want me for the film—it wanted somebody as well known as Paul—he stood up for me. I don’t know how many people would have done that; they would have listened to their agents or the studio powers. —Robert Redford Remembers Paul Newman 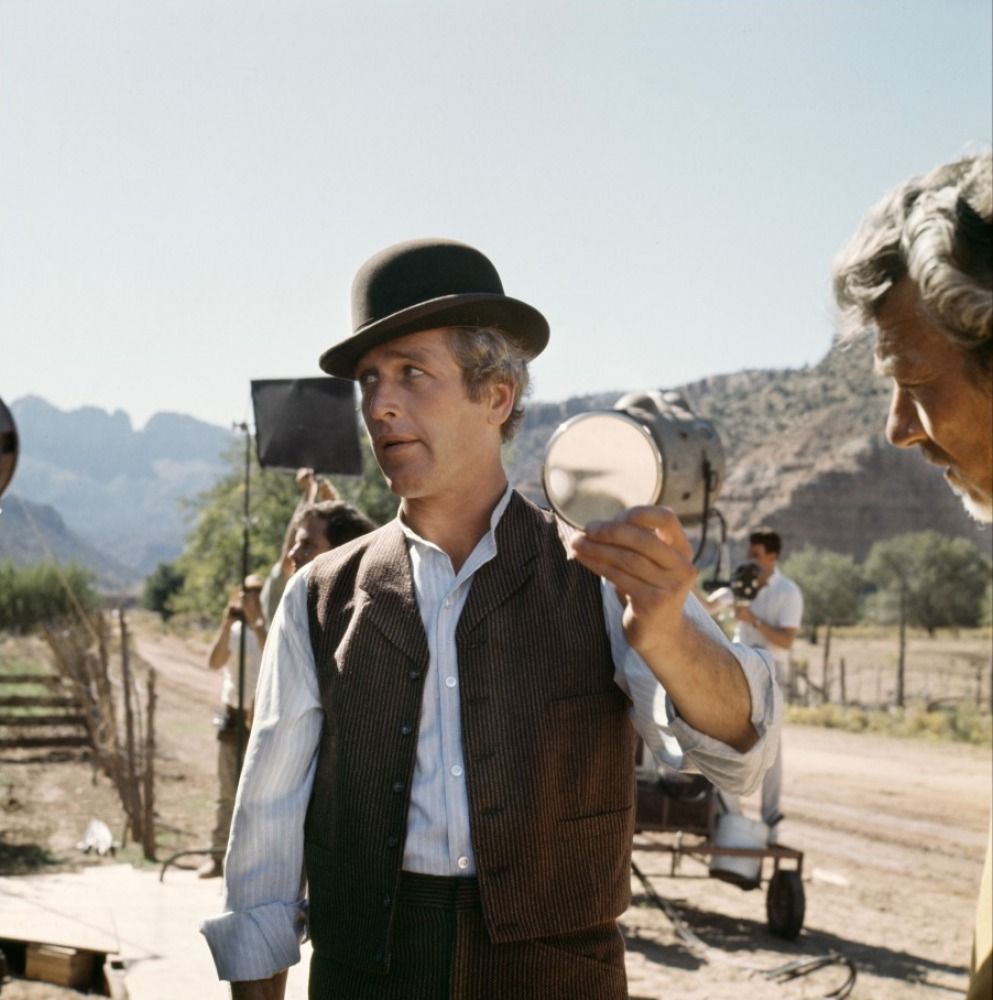 Making of Butch Cassidy and the Sundance Kid.

John Cleese interviews William Goldman, screenwriter of The Marathon Man, Butch Cassidy and the Sundance Kid, The Princess Bride, Misery and All The President’s Men. From the BBC Radio show ‘Chain Reaction,’ first broadcast on BBC Radio 5 in 1991. “I don’t like my writing,” says legendary writer William Goldman, responsible for a vast body of work encompassing novels, screenplays, short stories, and much else. It is a free-form interview, intimate and engaging, in which Goldman, guided by Cleese, explores various aspects of his large body of work.

William Goldman talks about screenwriting and his own past, another brilliant interview with one of our heroes.

“When I first heard of film school, I thought it was the stupidest fuckin idea I’d ever heard. We fell in love with movies by WATCHING them. The line that will be on my tombstone is ‘Nobody knows anything.’ That caught on out there [in Los Angeles]. And it’s true. It’s not just that people don’t know what’s going to work commercially. The fact is, you don’t know what’s going to work in a movie. You don’t know. We don’t know. So we’re sitting here with Hearts of Atlantis and you have no idea what the reaction’s gonna be. You have no idea if people will enjoy it, and you have no idea if people will go to it. And that’s one of the great crapshoots of the movie busines.” —William Goldman 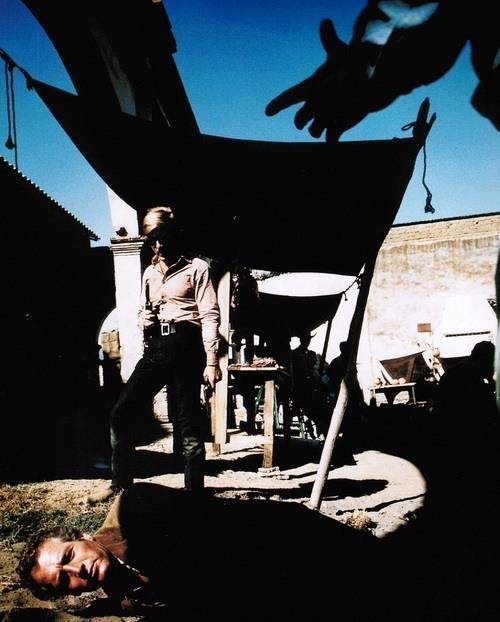