Ira Friedman worked in the publishing department for Lucasfilm, situated in Los Angeles. He joined in the company in 1980, but soon decided to return home to New York and start his own publishing company. What instigated this move was Lucasfilm’s decision to abandon their L.A. offices and relocate to Northern California. Even though Friedman was invited to come along, he saw an opportunity to pursue his own dreams of publishing magazines. When Lucasfilm’s director of publishing Deborah Call refused to leave the City of Angels and joined forces with Charlie Weber, Lucasfilm’s former president who chose to start a production company, Friedman first heard about this new project they were working on, a film called Blade Runner, and immediately decided to try to get the license for publishing a Blade Runner-themed magazine. “This was the first magazine I had ever published on my own and I put everything I had into ensuring that it turned out to be a prideful piece of work. I made sure it looked good, read well, was widely distributed and publicized,” explains Friedman, calling the project “the result of much passion and hard work.” Like many others, Friedman reasonably expected the movie to be a hit, which would inevitably lead to the popularity of the magazine itself. However, as we all know, Blade Runner was a box office disappointment during its initial run, and Friedman, excited about his first independent venture and proud of the work put into the making of the magazine, was forced to deal with failure. As decades passed, he witnessed the development of Ridley Scott’s film’s cult status and the influence it wielded on countless filmmakers and their stories, while the quality of the magazine itself was never really disputed. With the emergence of the Internet, luckily, nobody is left deprived of the chance to read what Friedman prepared all those years ago. 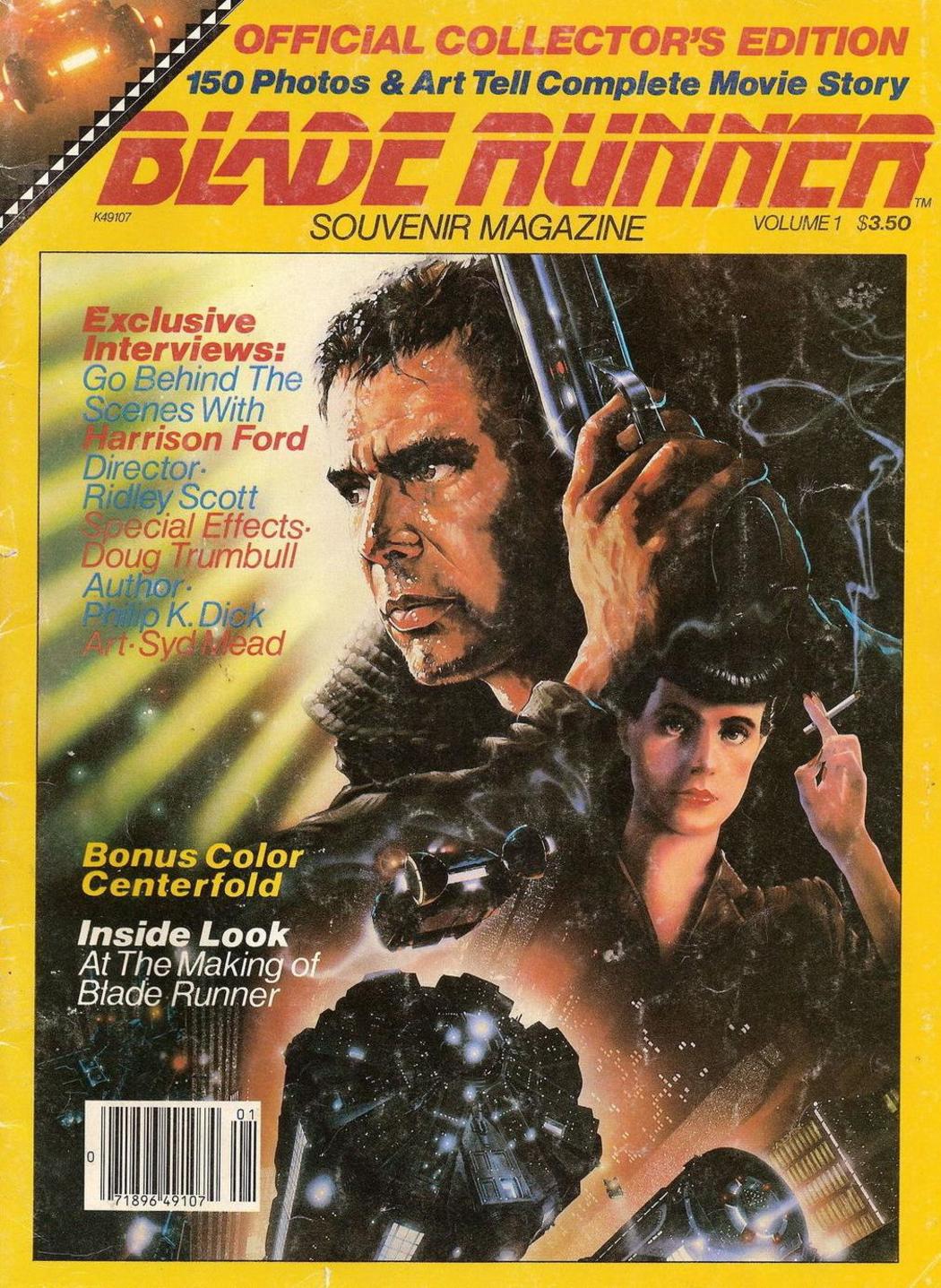 The Official Collector’s Edition Blade Runner Souvenir Magazine is a wonderful source of information, abounding in great photos and articles; a genuine treat both for hardcore fans of the film and all the newbies who just got introduced to the world of Rick Deckard. There are a lot of fascinating stuff here, but we’re especially excited about the interviews with Philip K. Dick, Ridley Scott, Harrison Ford and Douglas Trumbull. We’re incredibly thankful to webmaster Netrunner from brmovie.com, who put a lot of effort into digitalizing the magazine and even contacted Mr. Friedman to get his blessing for the endeavor. While Netrunner shaped the material by separating photos from the accompanying text, we chose to offer you a .cbr file of greater resolution and quality, so you can browse the content more easily. If we may, we’d like to suggest using a little program called ComicRack for checking out this priceless blast from the past. Enjoy the read! 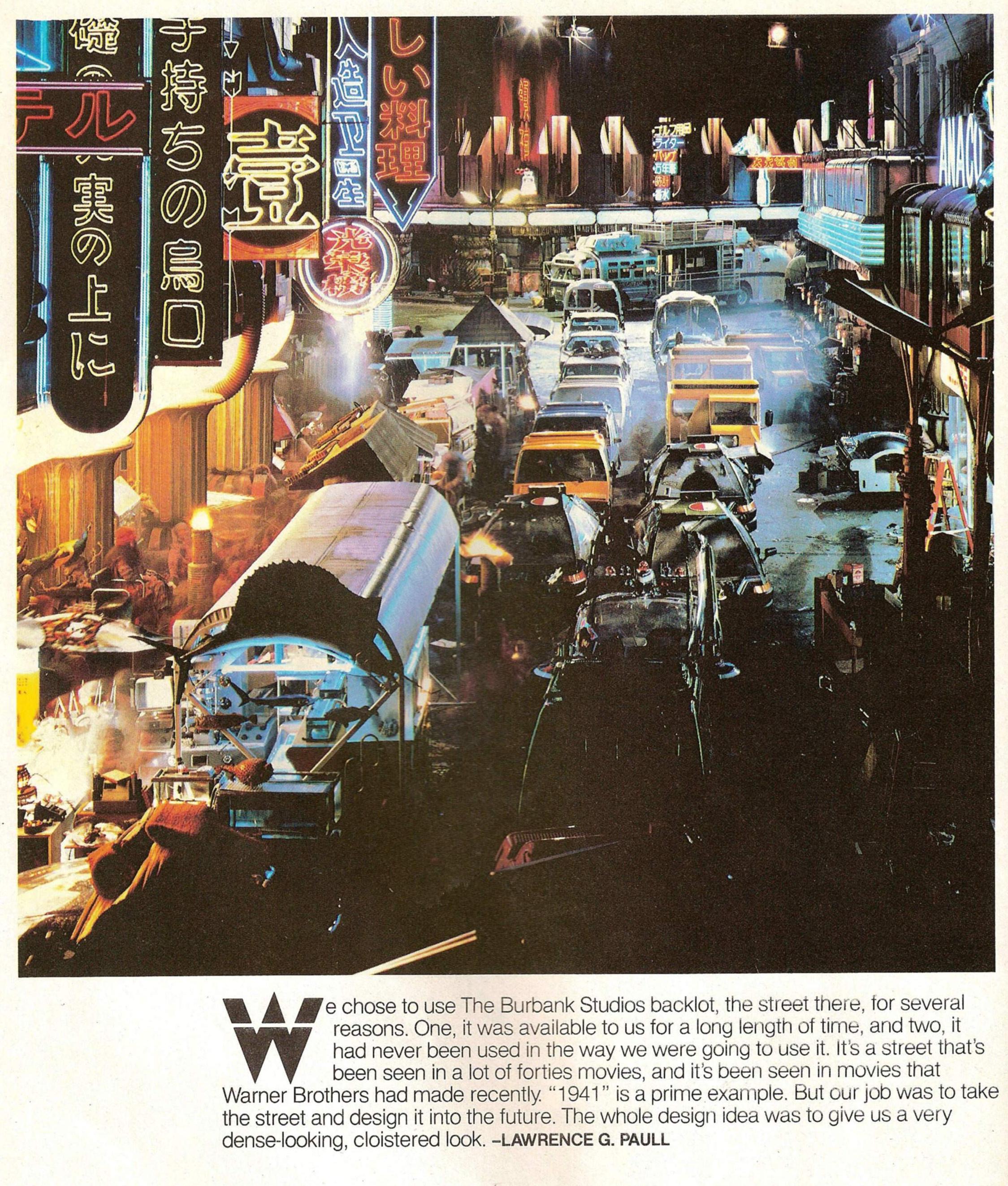 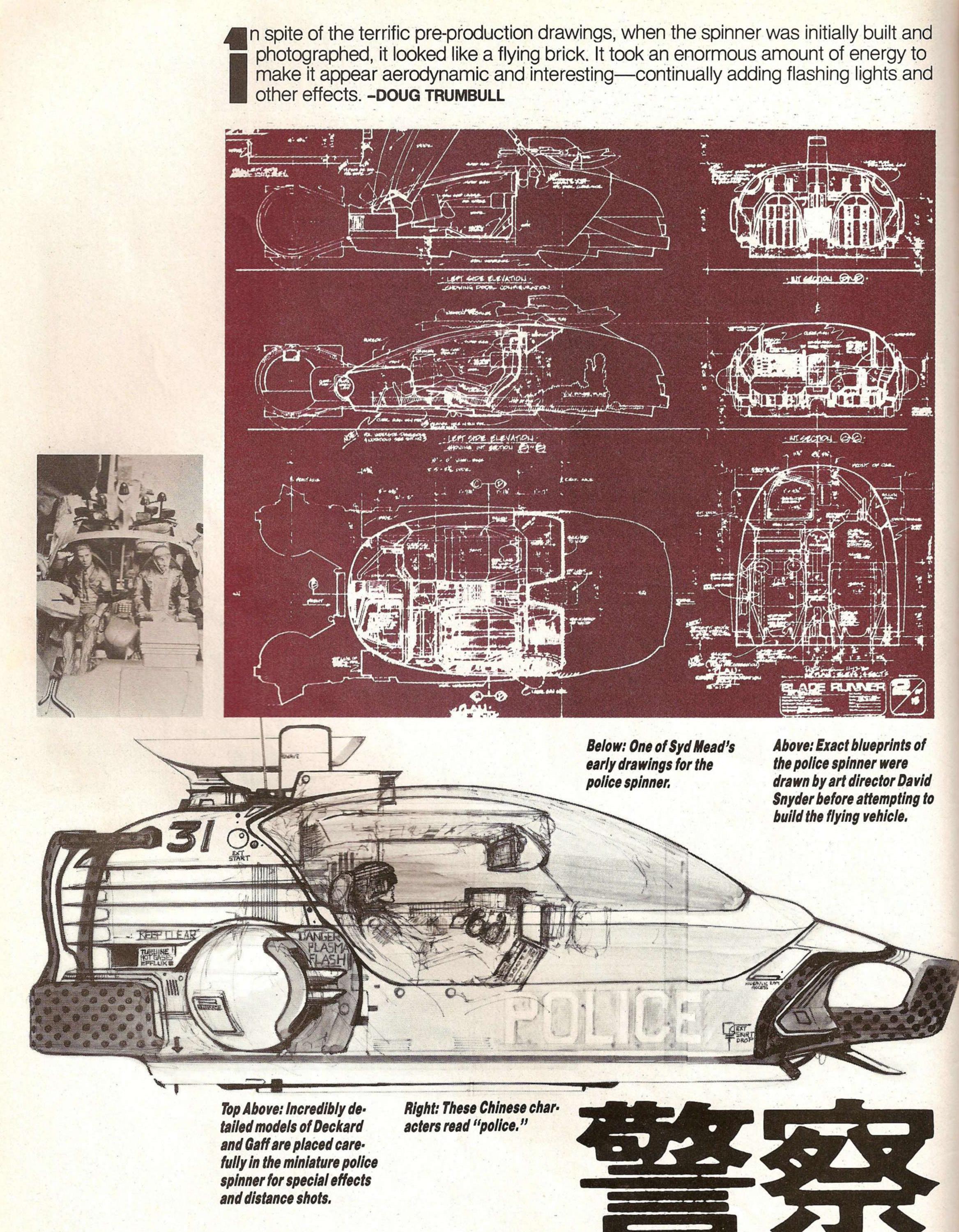 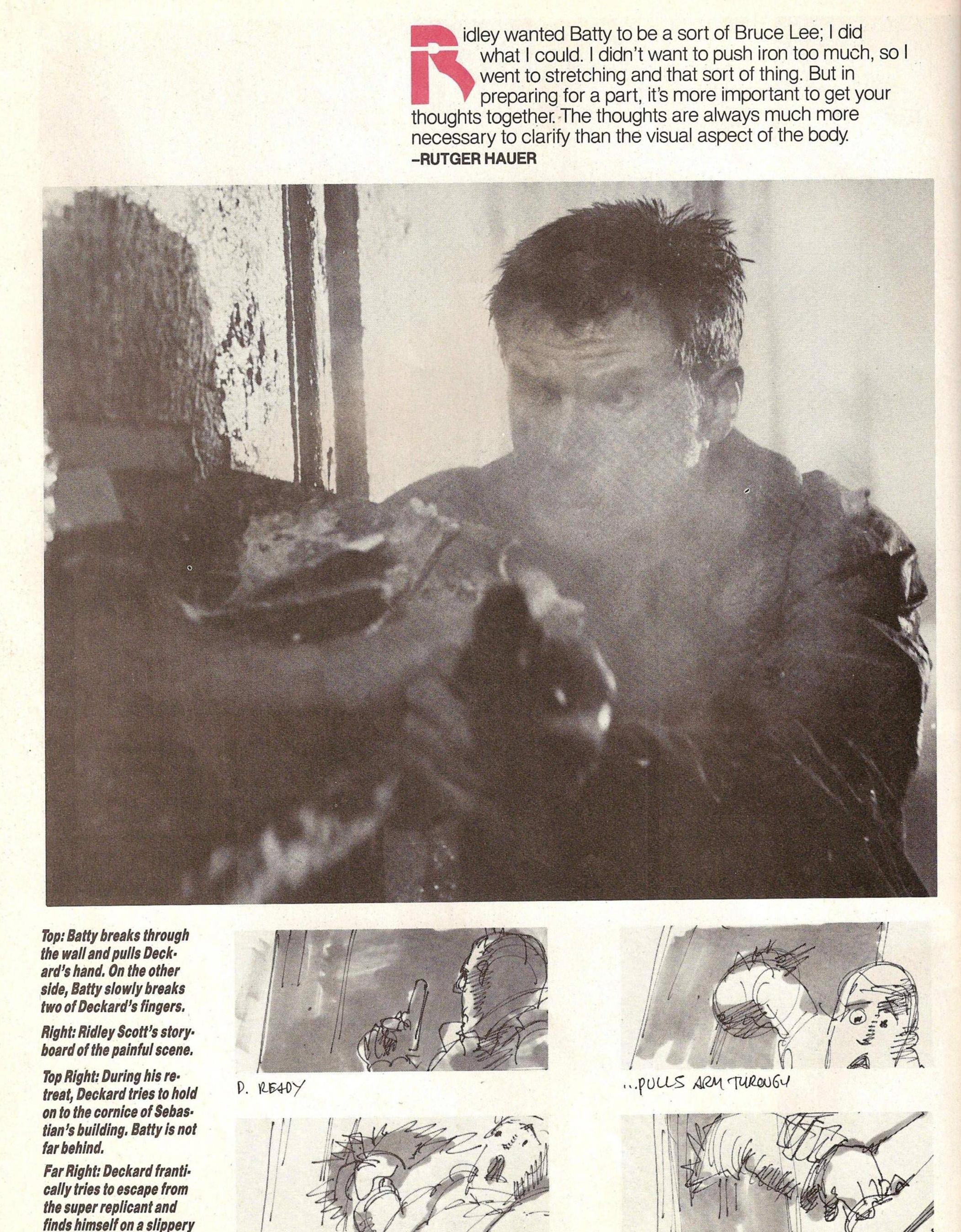 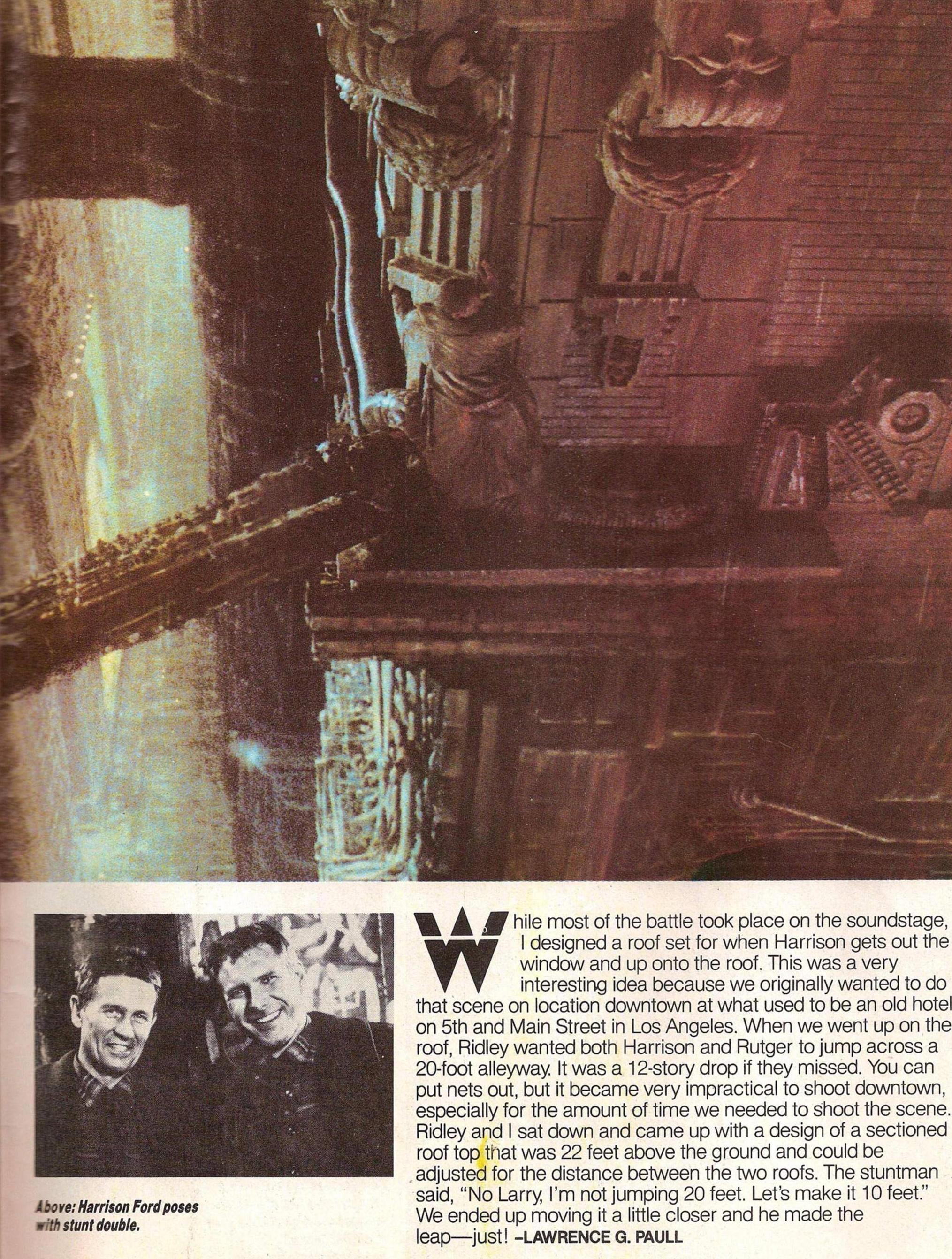 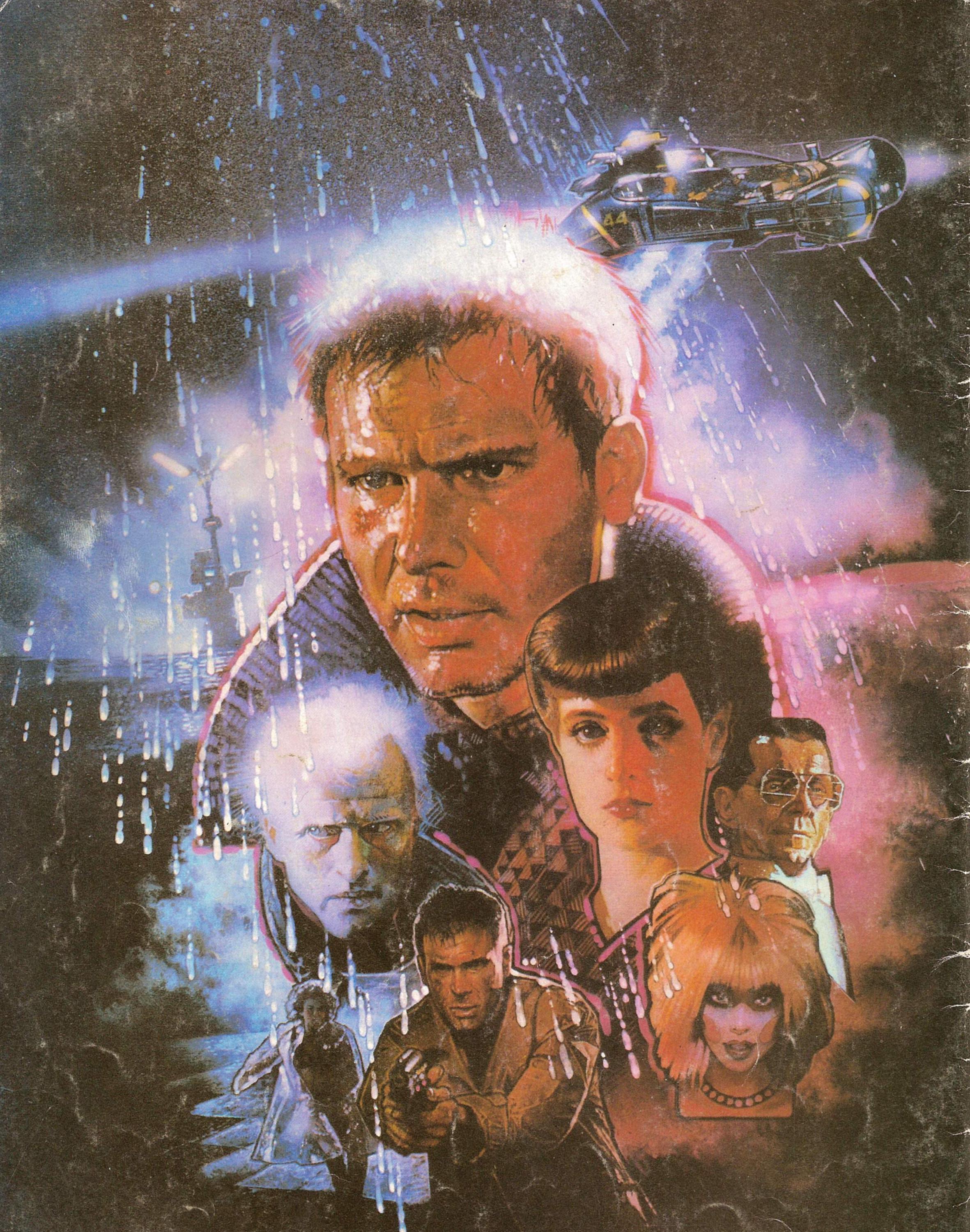 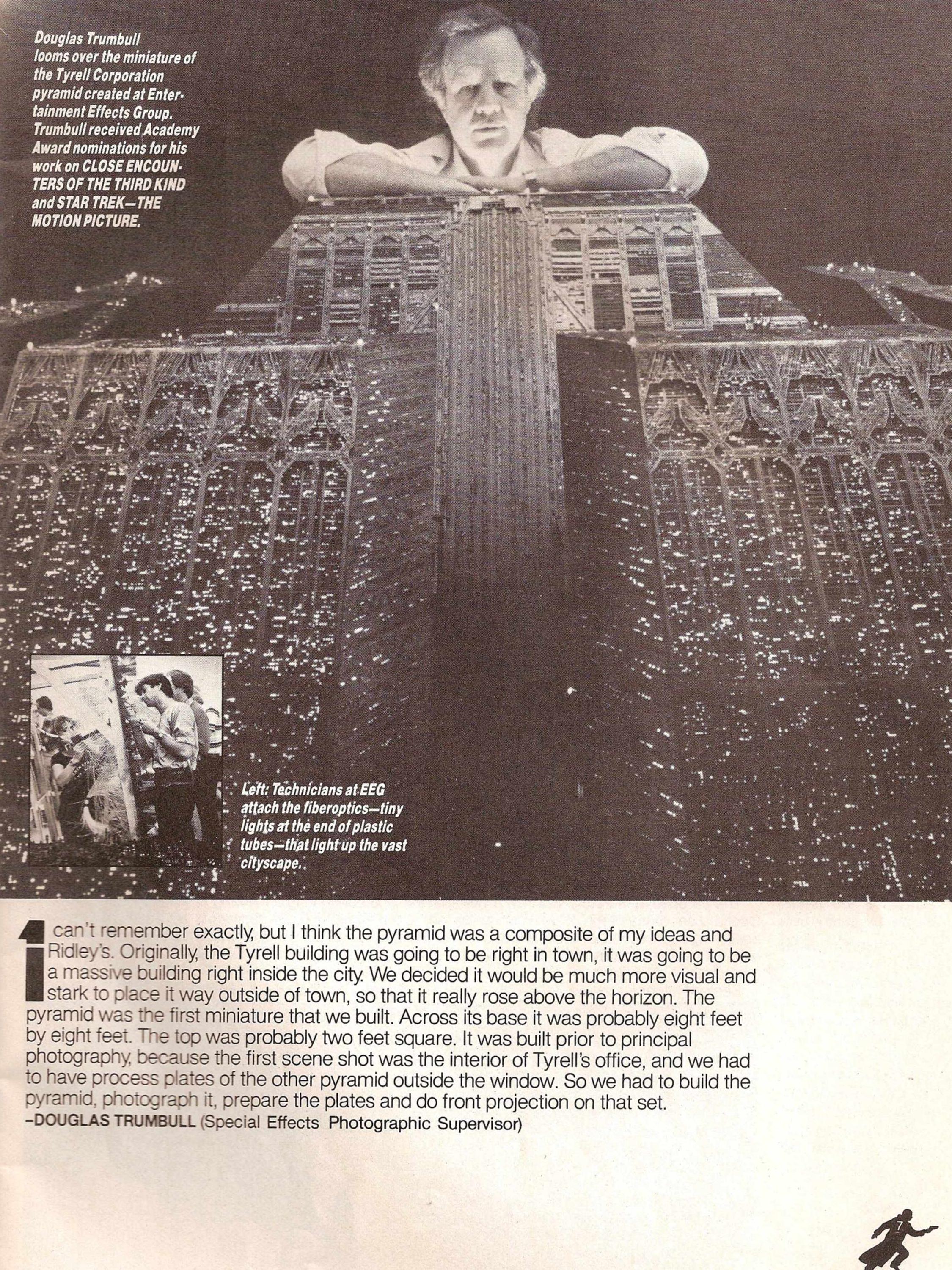 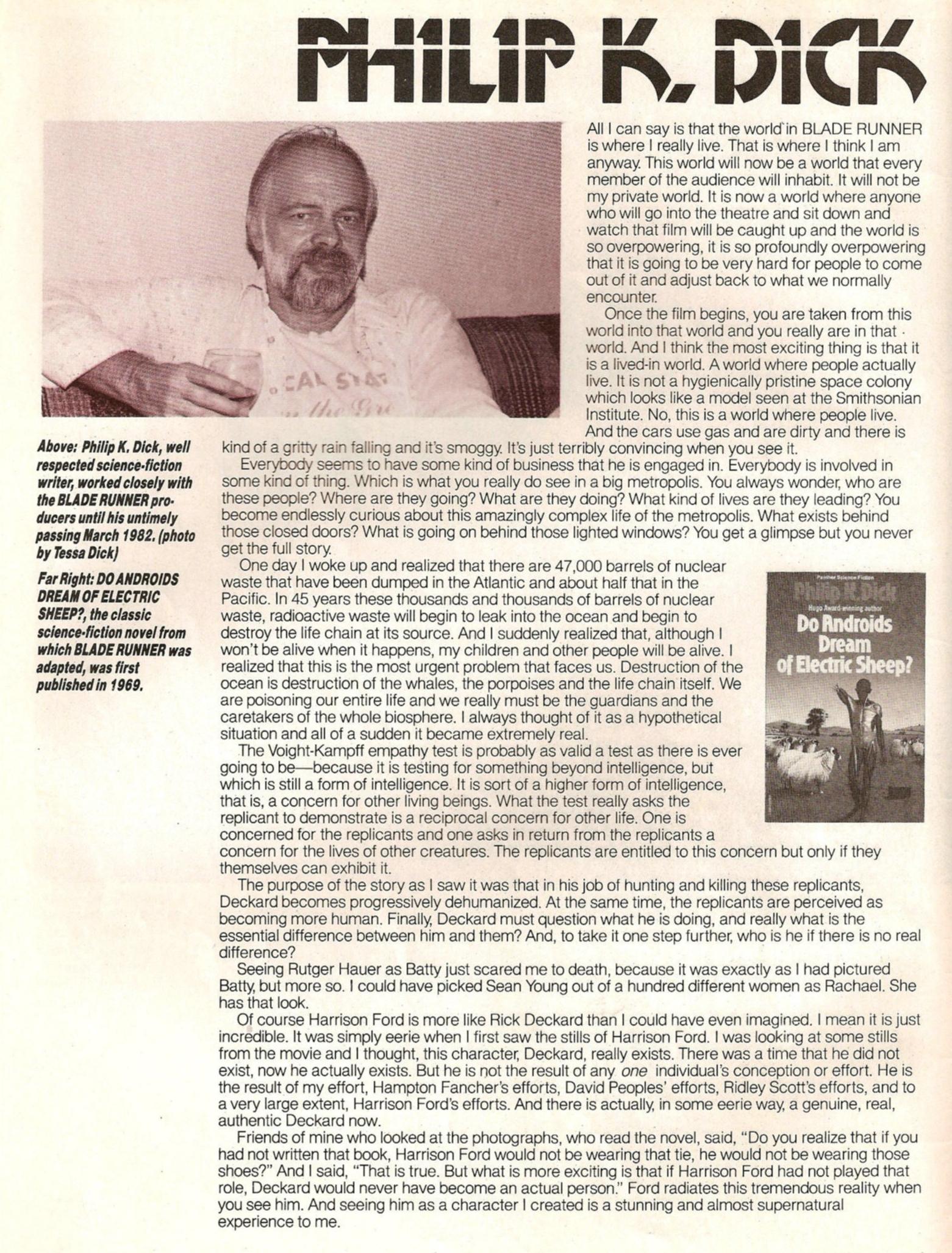 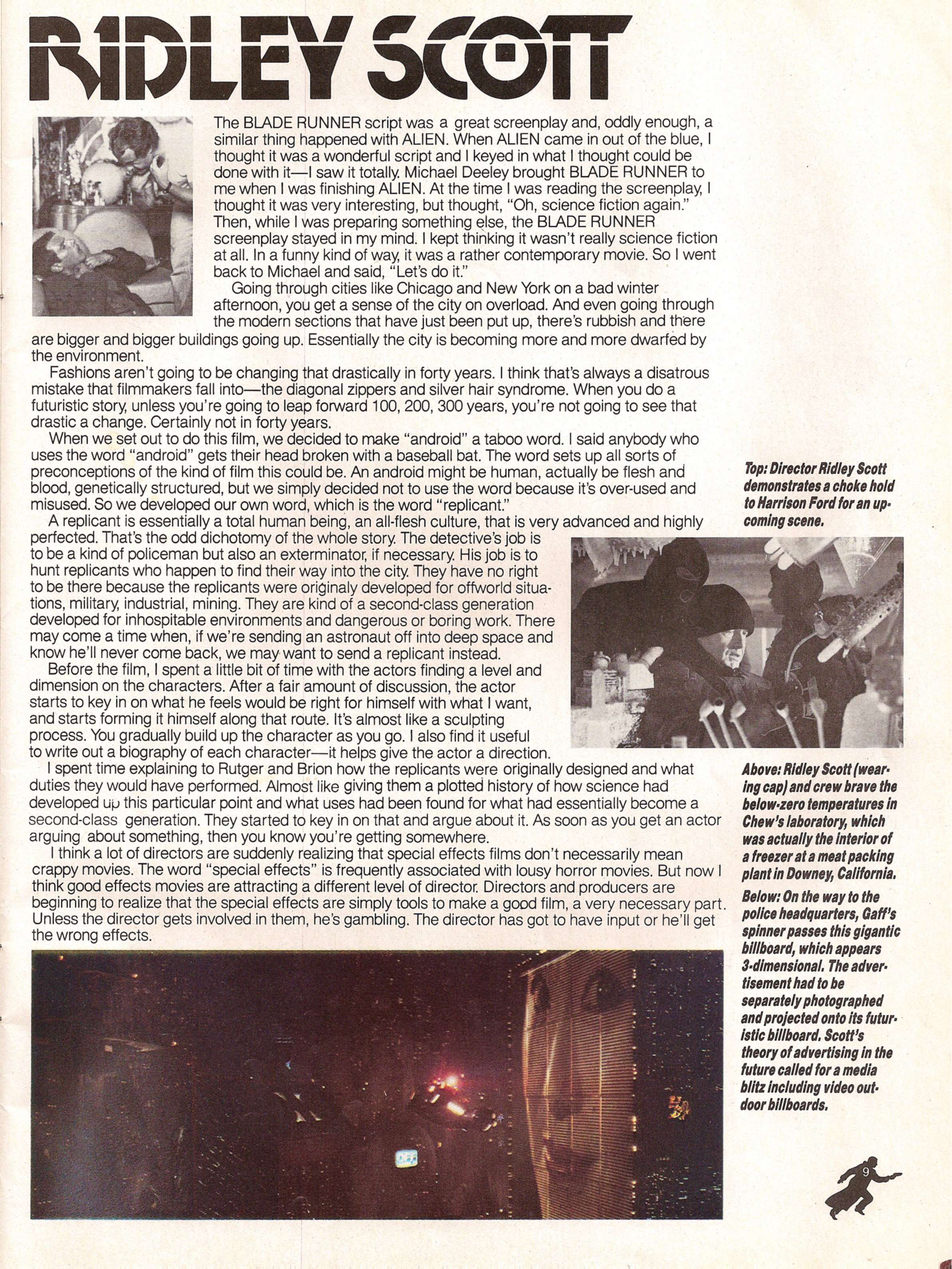 Blade Runner Souvenir Magazine Official Collector’s Edition was published in 1982 by Ira Friedman, Inc. of New York. The Blade Runner film, “Blade Runner” trademark are Copyright © 1982, 1991 by the Blade Runner Partnership and/or The Ladd Company. Additional images and content are Copyright © Warner Bros. Still photographer is Stephen Vaughan. All of these are used on this site purely for educational and research purposes only under “Fair Use” law.