A monumentally important screenplay. Dear every screenwriter/filmmaker, read Billy Wilder and I.A.L. Diamond’s screenplay for The Apartment [PDF]. (NOTE: For educational and research purposes only). The DVD/Blu-ray of the film is available at Amazon and other online retailers. Absolutely our highest recommendation.

In this short clip, Wilder gives an address in which he talks about his longtime writing partner I.A.L. ‘Izzy’ Diamond. In his speech, Wilder describes how he and Izzy worked as writers, putting in ‘bankers hours.’ The most touching moment comes toward the end of Wilder’s speech when he says this: ‘He didn’t tell for four years that he had that fatal disease. It was only in the last six weeks that he confided in me. Well, it’s lonely now in that office of ours. I look at that empty chair and I miss him so much. On his birthday maybe, I should put the red rose there, like DiMaggio for Marilyn.’ —Scott Myers

Cameron Crowe, director of Jerry Maguire, loves Billy Wilder’s films so much he’s written a book about them. Here, exclusively for the Guardian, he explains how he got the inside track on The Apartment, his favourite of them all.

Wilder’s celebrated collaborator I.A.L. Diamond once aptly described Wilder’s style as a blend of “the sweet and the sour”. Perfected through previous pictures, that happy-sad quality reached a pinnacle in The Apartment. And though Wilder is famously adverse to self-conscious camerawork, anyone lucky enough to see The Apartment on a big screen will find themselves with enormous visual delights as well. Early sequences showing Jack Lemmon at work in the vast insurance company are as striking today as when the film was released. Making Jerry Maguire, I was the very epitome of a strident director, demanding a huge studio set filled with extras to create a similar effect in showing Maguire leaving his sports agency. Only later, interviewing Wilder, did I learn I could have saved a lot of money and set space. Wilder himself shot the scenes on a very small stage, utilising the tricks of visual perspective. Behind Lemmon, the desks get smaller and smaller and so do the actors. At the very back of the office, the co-workers are played by midgets.

Billy Wilder was at the peak of his directing powers negotiating the tricky mix of melancholy and humour. Shirley MacLaine recalls Wilder never sitting, often chain-smoking and pacing while directing. Every word mattered. (Diamond stood nearby, policing the exact delivery of each line.) Sometimes she would take a relieved breath after completing a long speech, only to find she’d left out an “and” or a “then”. The takes continued until the dialogue was perfect. —Cameron Crowe, Billy and me

Alfred Hitchcock sent this letter to Billy Wilder, praising him on his film The Apartment. 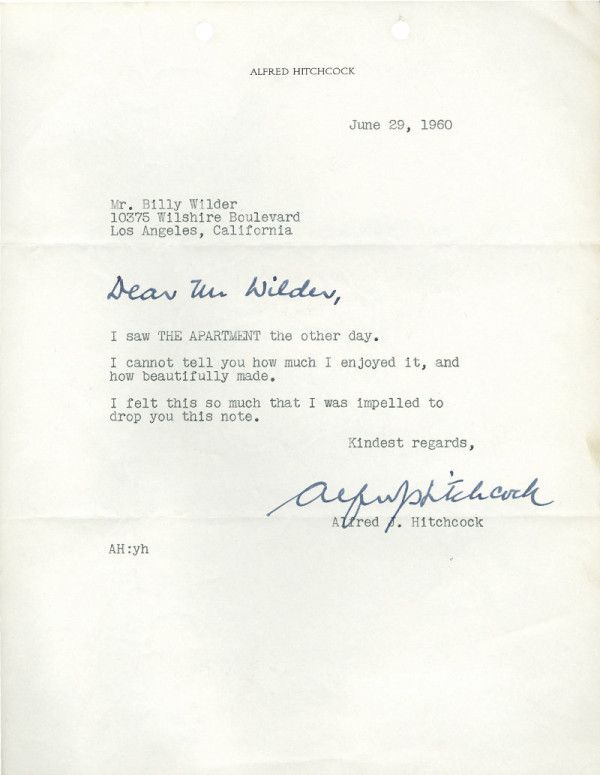 The Wilder touch: the director explains his zany method for relaxing actors [PDF]. A brilliant article! Thanks to the great folks at CineFiles.

Here are several photos taken behind-the-scenes during production of Billy Wilder’s The Apartment. Production still photographer: Jack Harris © The Mirisch Company, Inc. Intended for editorial use only. All material for educational and noncommercial purposes only. 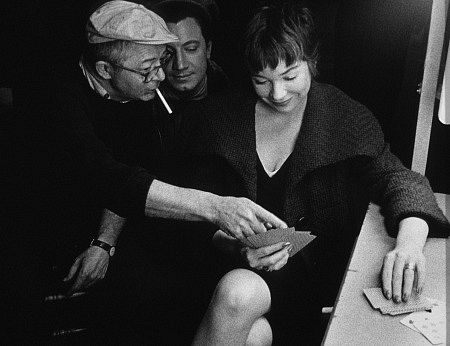 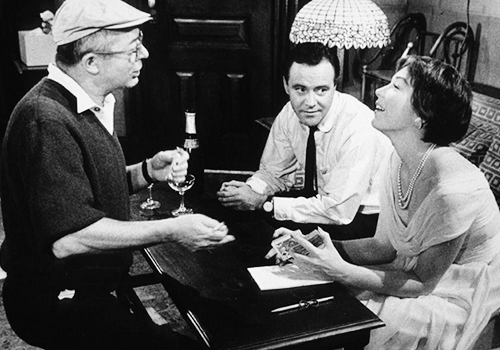 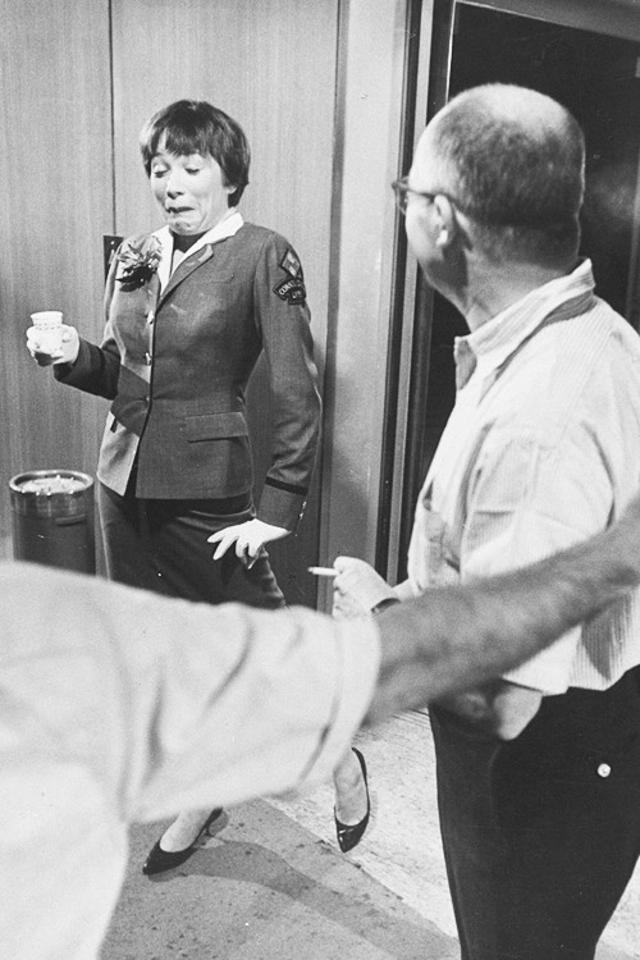 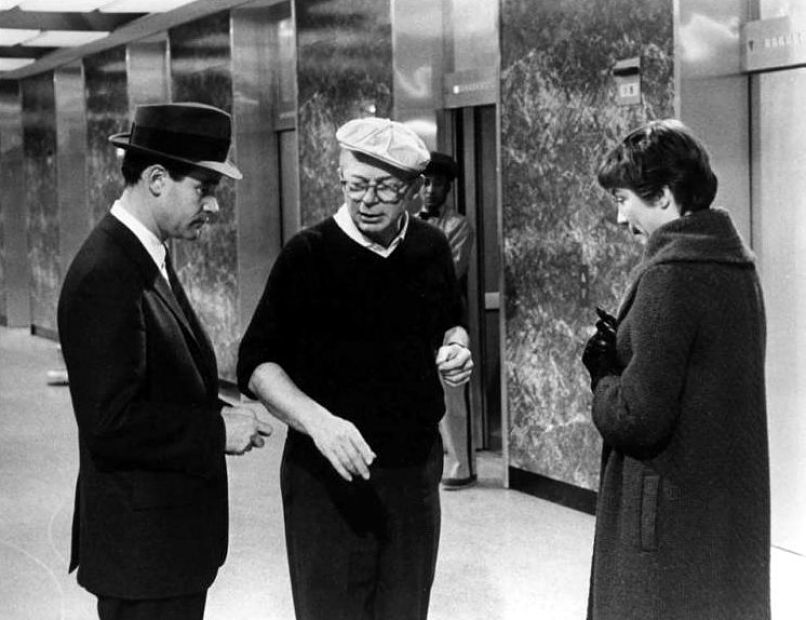 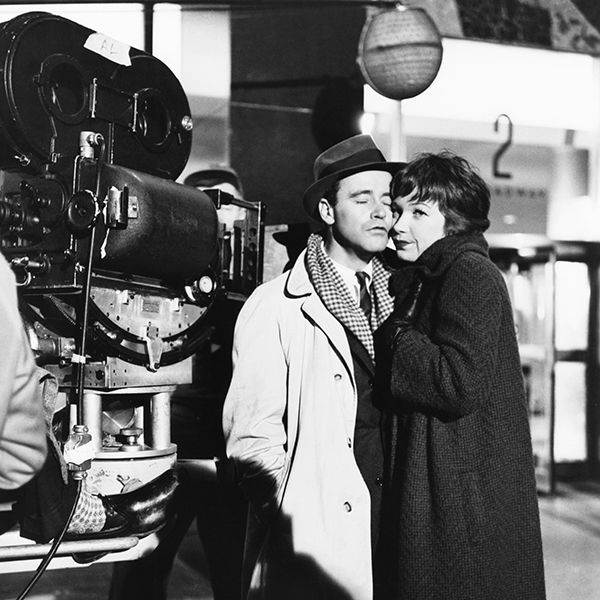 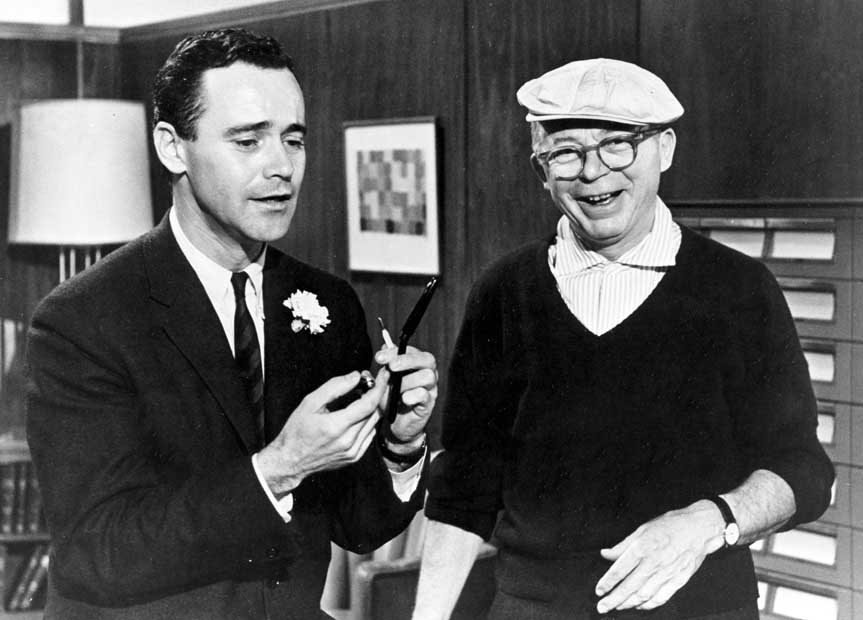 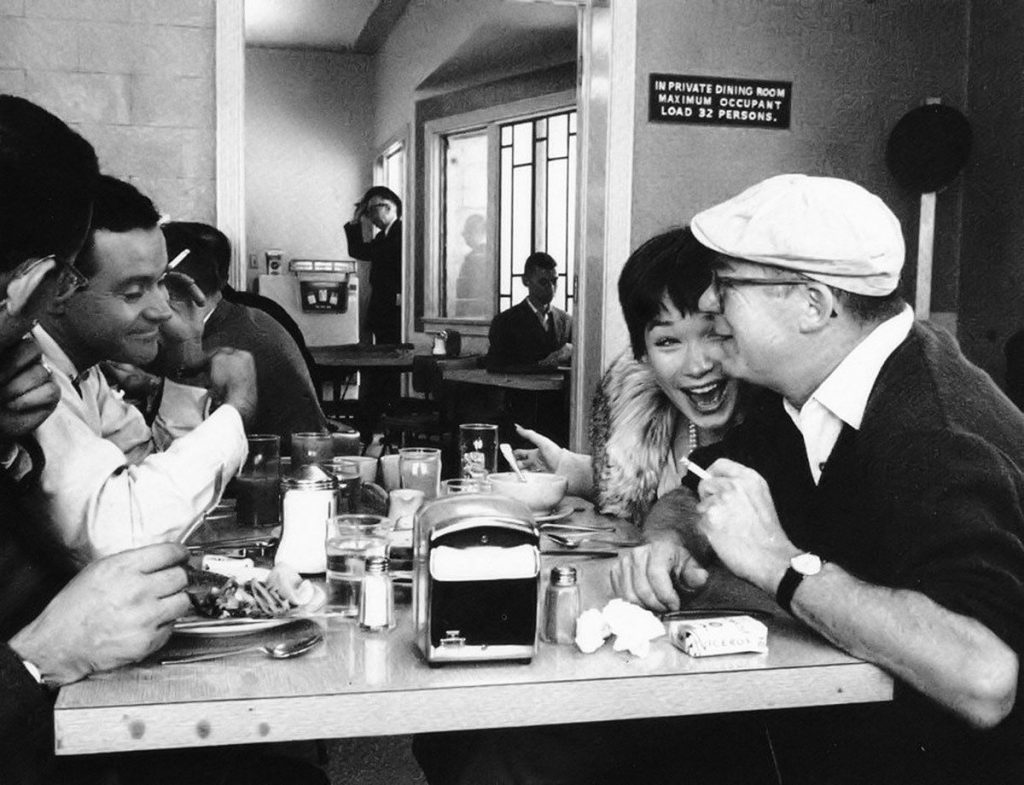 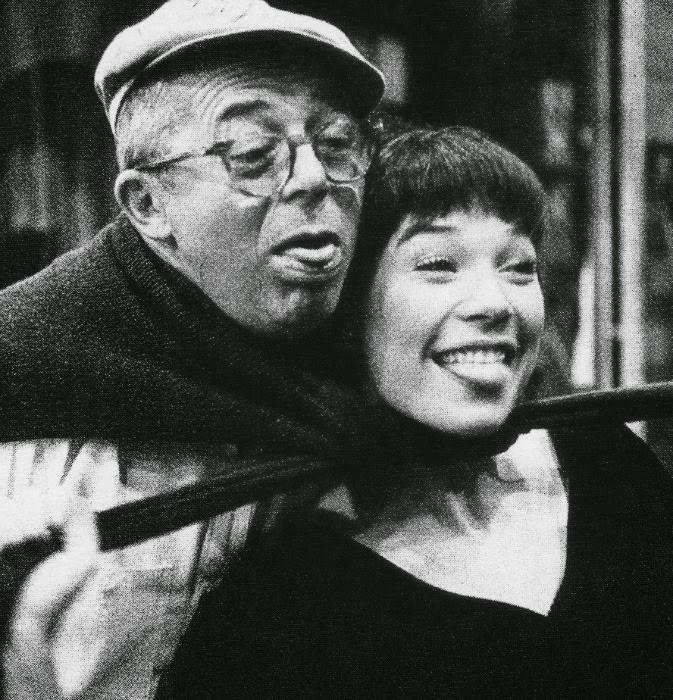 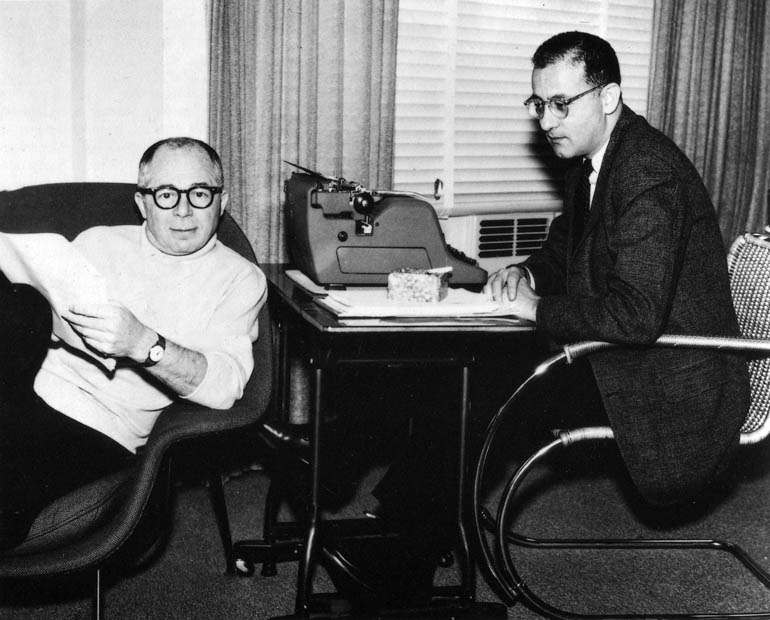 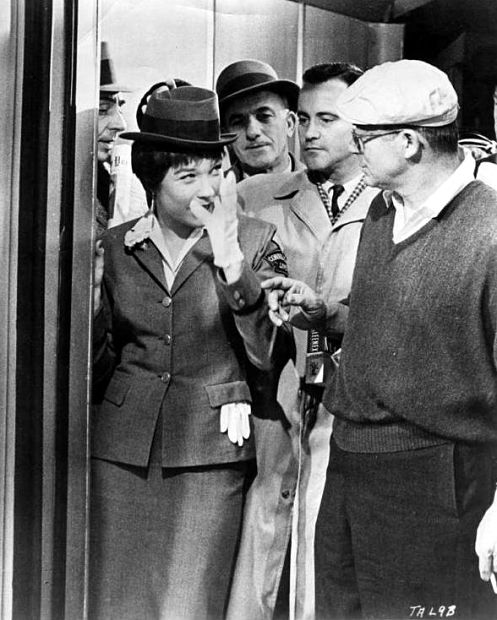 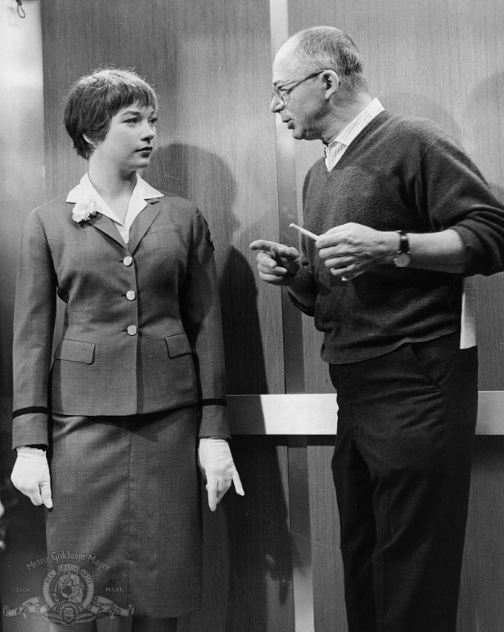 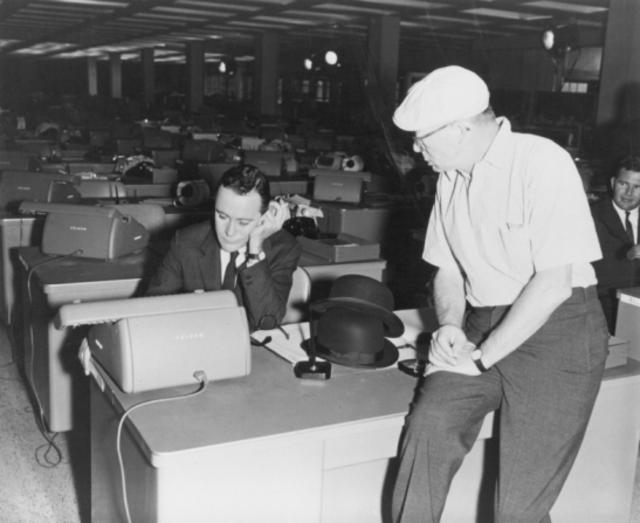 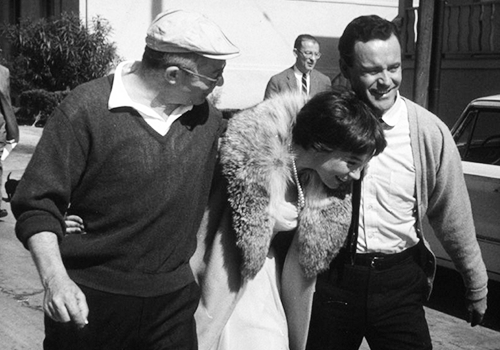