In 1967, young Martin Scorsese sent in a script to the Exprmntl festival of Knokke, Belgium, as the filmmakers who participated could get free Agfa-Gevaert filmstock. At that time, Scorsese was a bit frustrated because he couldn’t find a distributor for Who’s That Knocking at My Door?, his first feature film that took him two years to make. To try something a bit different, he applied for the experimental movies festival’s grant with a script for a short film entitled The Big Shave. He got the filmstock he wanted and even later went on to win the festival’s Le Prix de L’age D’or (The Golden Age Award). The six-minute short film featured a young man shaving in the bathroom, meticulously applying shaving cream and then brutalizing his face with a razor. It is to Reddit and its user Brecht Debackere, a Belgian filmmaker who’s currently working on a documentary on the aforementioned festival, that we have to thank for supplying the world with Scorsese’s script for The Big Shave, the one that won the jury over and started opening doors for the talented Queens-born filmmaking student.

Elegantly filmed on 16mm reversal color, making the most out of a stark contrast between the pearl white bathroom and staggeringly dark red of the blood, laced with American jazz trumpeter Bunny Berigan’s I Can’t Get Started from 1937 and shaped as what was deemed to be a highly effective criticism of the American involvement in the Vietnam war and self-mutilation of the nation it presented in the eyes of many, The Big Shave is not only a heck of a short film, but from today’s perspective, it’s a film of historical value, as it enables us to catch a glimpse of the filmmaking beginnings of an auteur universally recognized as one of the leading men of American cinema. Even though the alternate title of the film was Viet ’67 and Scorsese seriously considered ending it with archival images of the East Asian bloodbath, the author later stated that the film was, first and foremost, a strictly personal vision of death. Read the precious script and enjoy the film. 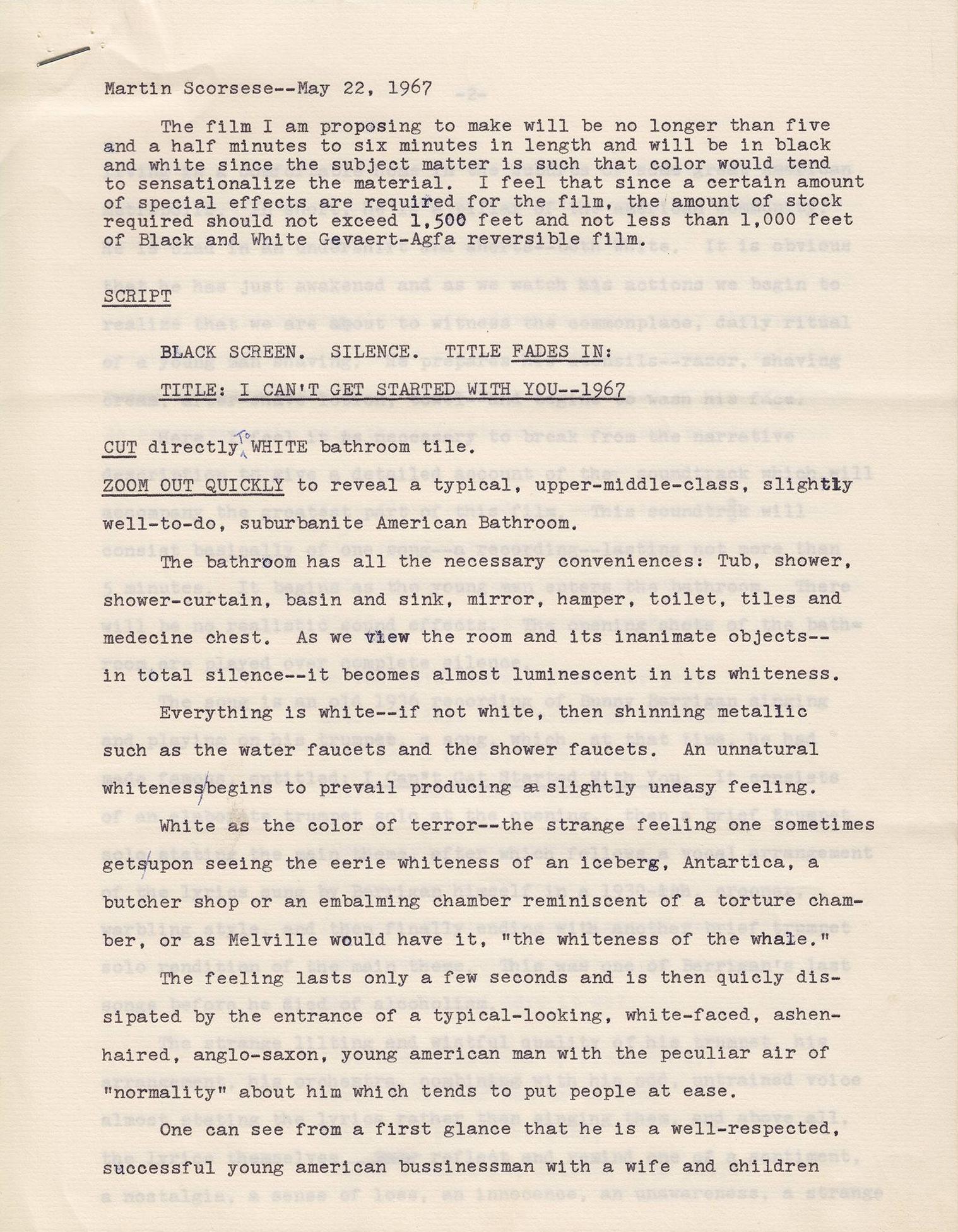 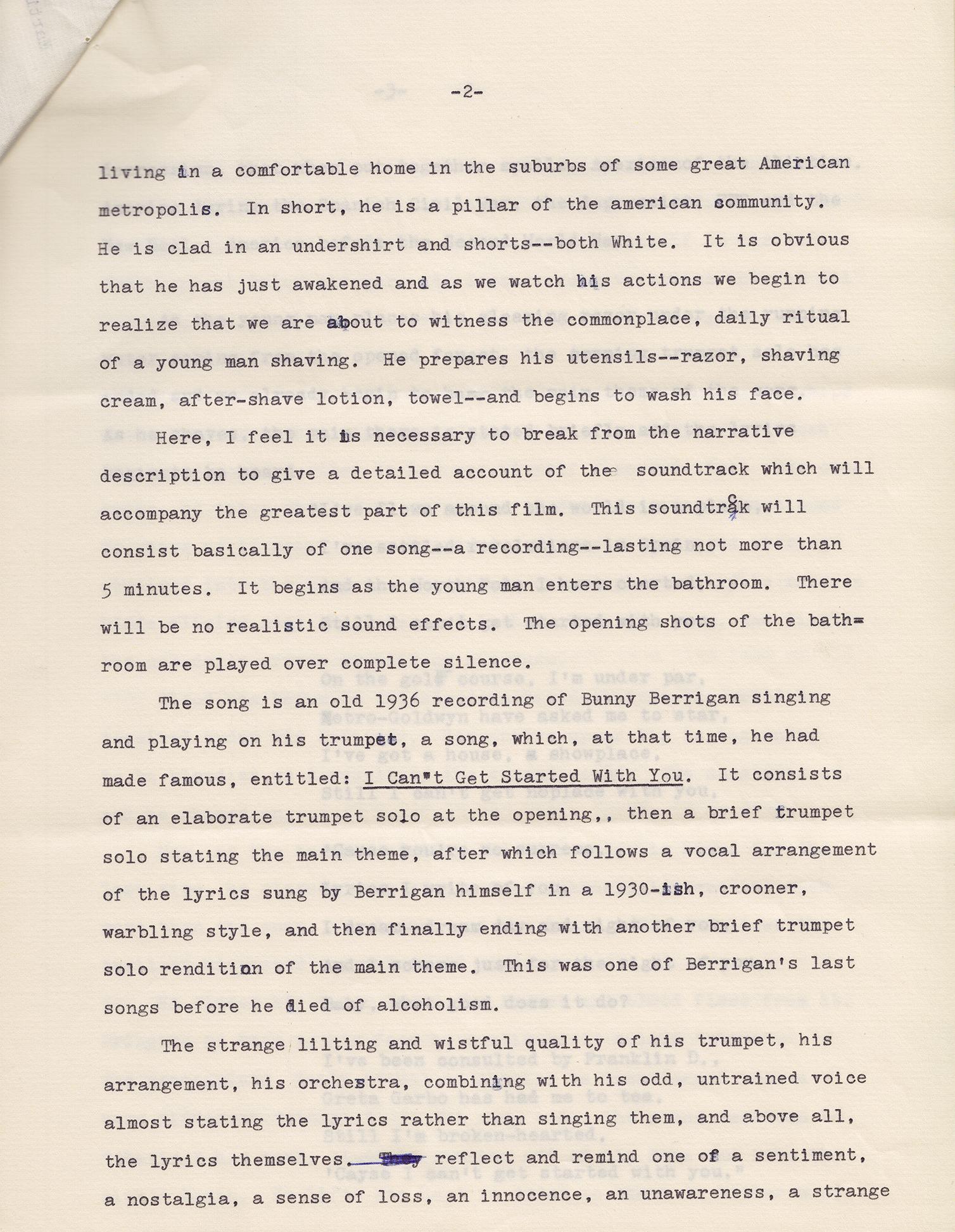 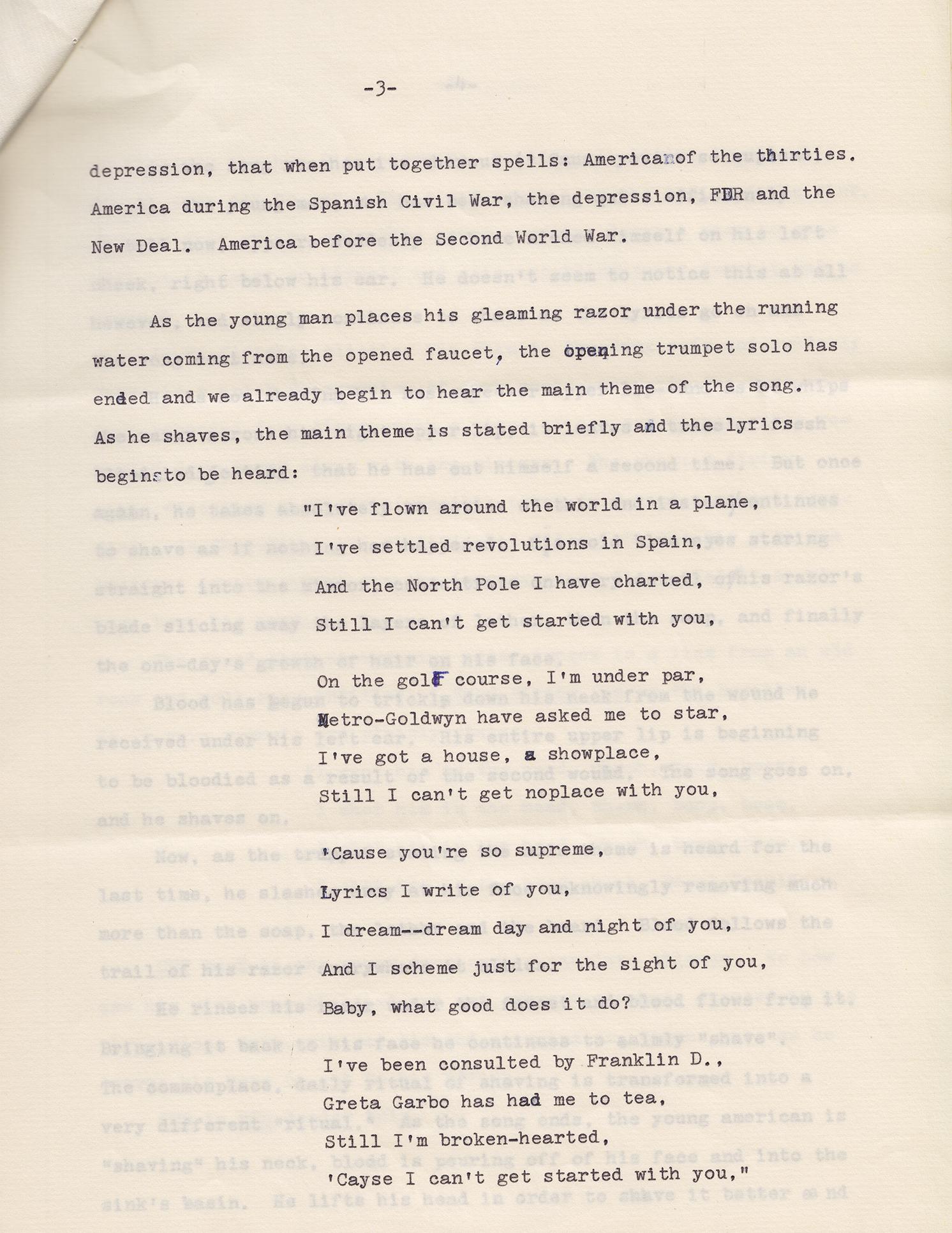 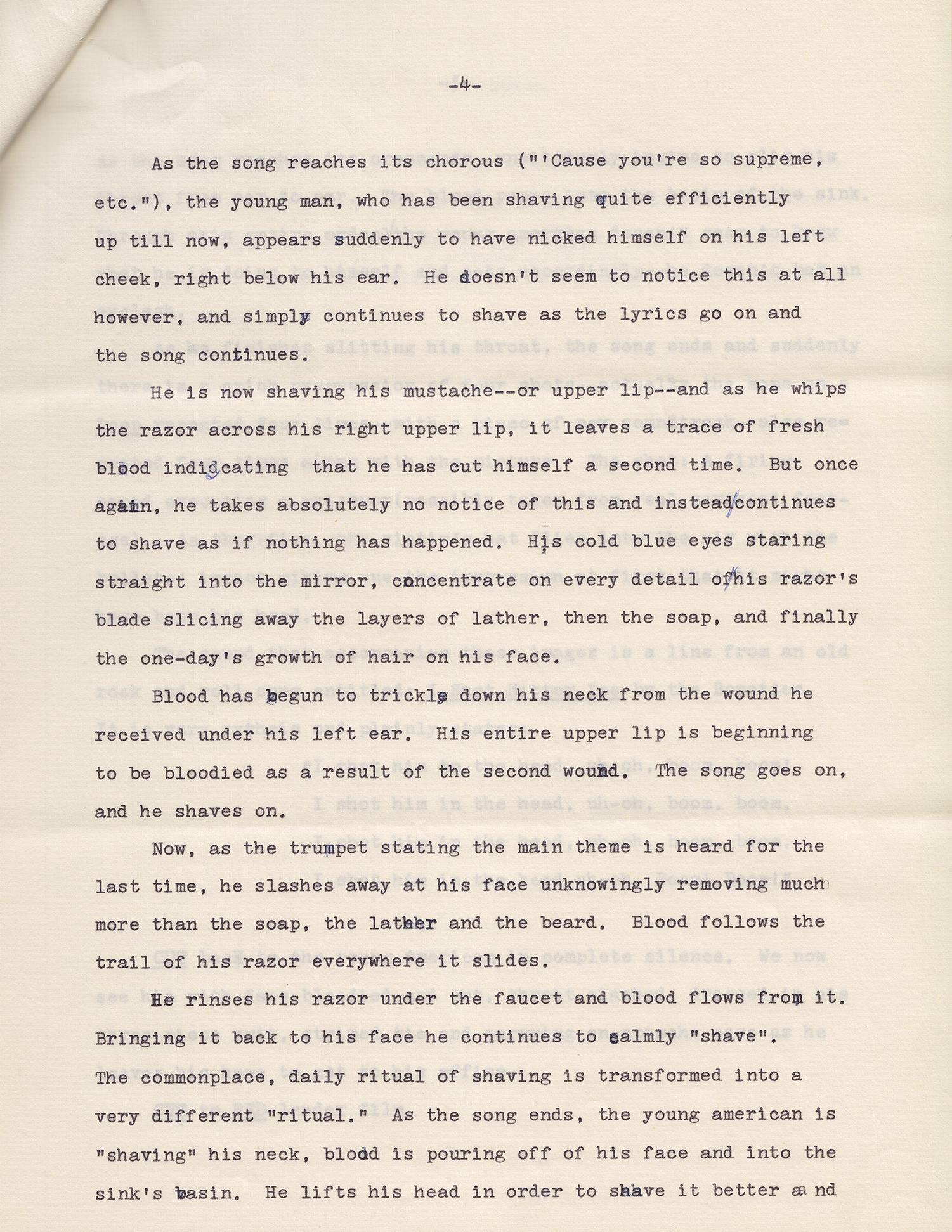 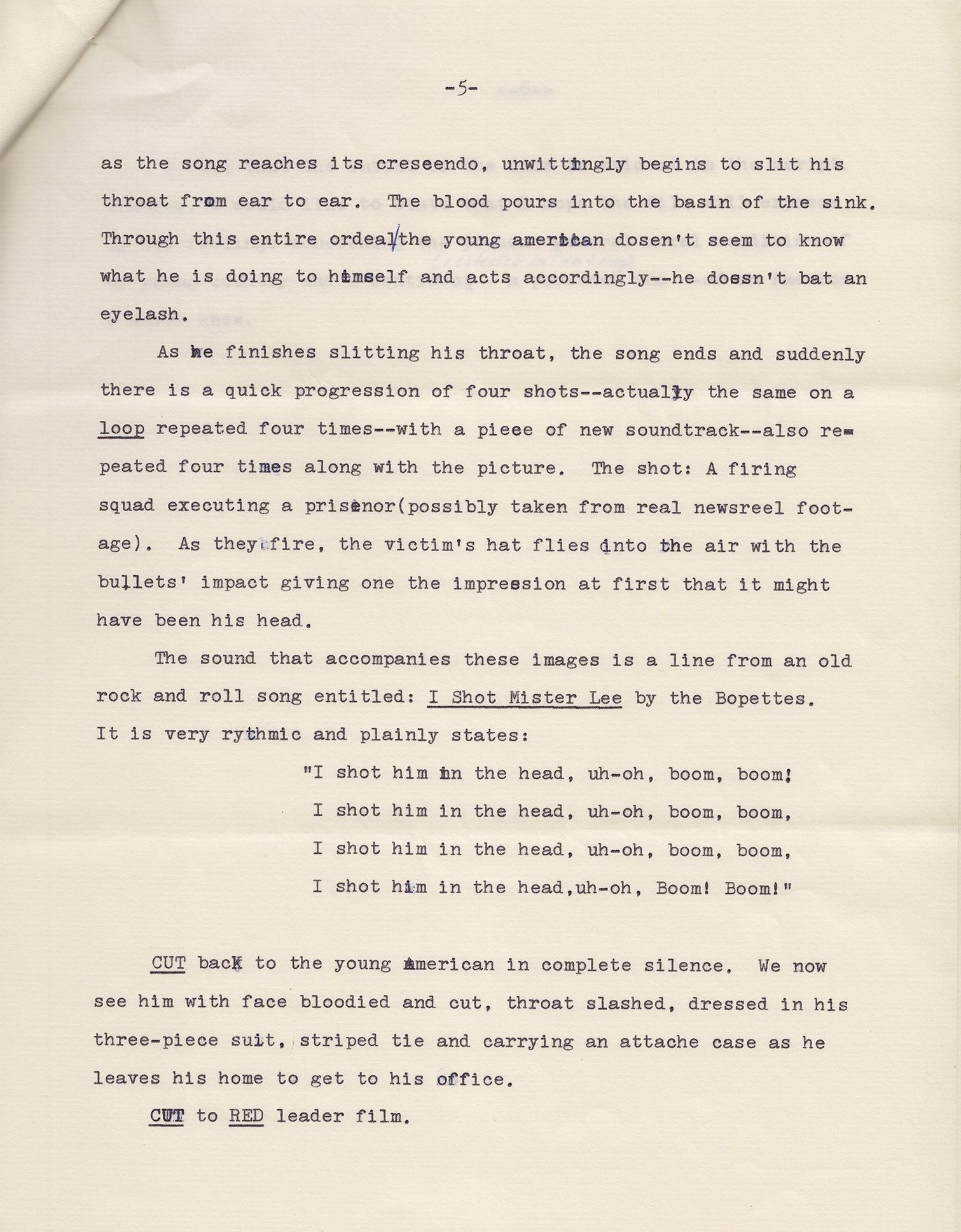 “A new discussion with filmmakers Ari Aster and Josh and Benny Safdie homes in on the shorts’ contribution to the development of Scorsese’s formal style, offering many astute observations, such as the many modes of performance in the documentaries and the influence of John Cassavetes and the French New Wave. Aster and the Safdie brothers also note certain shots from The Big Shave as echoing violent compositions from Raging Bull and claim that the violence and torment of The Big Shave, if fused with the warmth and playful reflexivity of It’s Not Just You, Murray!, essentially constitutes the modern Scorsese aesthetic.”