An excellent documentary made in 1981 by Gavin Millar for the long running BBC documentary series Arena. Detailed interview with Michael Powell and Emeric Pressburger looking back at their long career as influential British filmmakers and their unusual partnership. The documentary includes clips from many of their major films and interviews with both Powell and Pressburger, separately and together, as well as rare clips with Michael Powell and director Francis Ford Coppola at Zoetrope Studios while he was making One From the Heart and Martin Scorsese, Jerry Lewis and Robert De Niro on the set of King of Comedy.

Thanks to the original uploader, ursusfox.

Also recommended viewing: The South Bank Show on legendary director Michael Powell, shown as a tribute shortly after his death in 1990. “Parts of this hour-long film might have been conceived by Powell himself—particularly those parts which place him in dark-humored proximity to projected images from his own work. There is an alluring array of vivid, pristine-looking excerpts from Powell’s films here and they evoke the range of an unusual career—spy thrillers, patriotic films, musical fantasies, celebrations of countryside life and films that turn inward on art, on its images. But Powell’s own remarks also make an extraordinary impression, for here is a man who says, “The sky is the limit. Art is worth dying for.’” —Peter Hogue 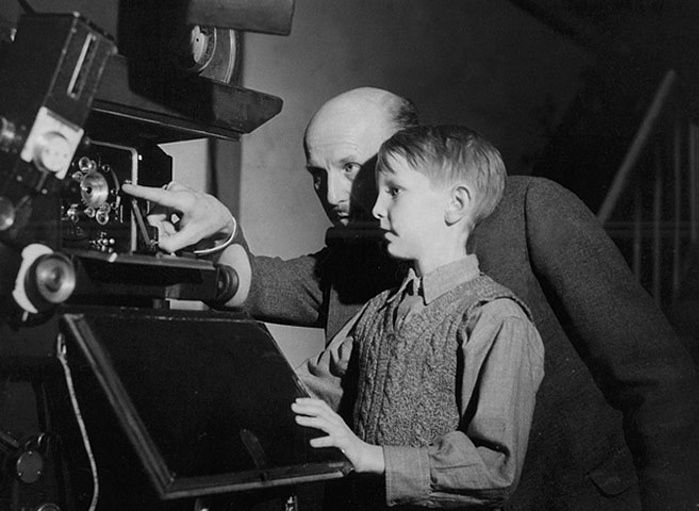 Mark Kermode talks to Martin Scorsese about the 50th anniversary of Peeping Tom, the film that almost ended the career of Michael Powell until Scorsese championed his work in the late 70s. 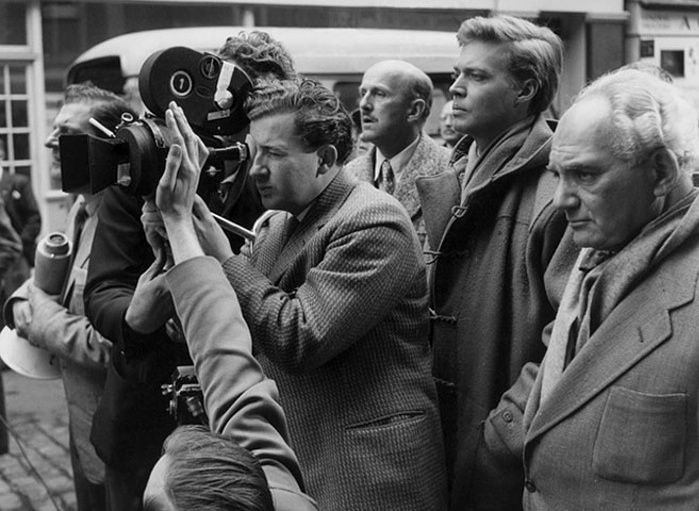 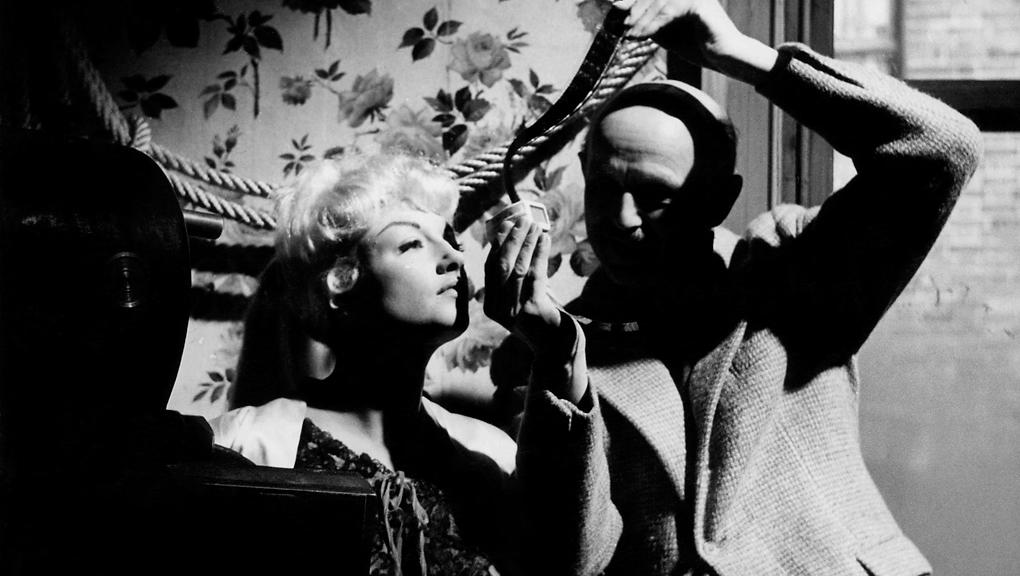