With Annie Hall, Woody Allen made several decisive moves that would change the direction of his career and the craft of his art. Up to that point, Allen made flat out comedies. He wanted to make people laugh and he did. It was what appeared to be his genius. Yet it was a precursor of the genius to come. His early films harkened to the Marx Brothers and Bob Hope pictures of his childhood and yet still had room to deal with his preoccupation with mortality, sex, politics and the inherent hardships of finding and keeping love. These were themes that he explored in several genres but themes that were grounded by a slapstick sensibility. He was still fundamentally playing for laughs and he was succeeding. Big time. All of his pictures were turning a profit. But Woody wanted to grow as an artist and in 1976 he would co-write a film with Marshall Brickman that didn’t just play for laughs. A film about a relationship and how those moments of falling in love can upon dissolve become nothing more than a memory of “old times.” Funny stuff. Not since Chaplin had a comedic writer/director taken such a risk by changing the form of a comedy and in the case of Annie Hall a romantic comedy into a romantic comedy drama.

One of the more startling production choices Allen made was hiring Director of Photography Gordon Willis. 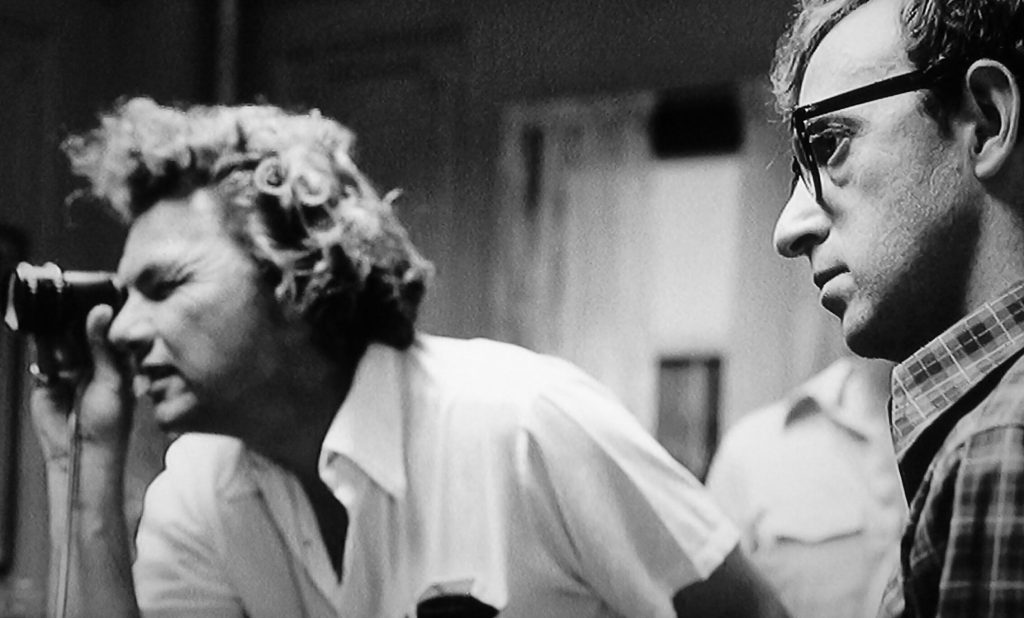 Gordon Willis and Woody Allen on the set of ANNIE HALL

When you think of a romantic comedy you don’t immediately think, “let’s hire ‘The Prince of Darkness’ to light it!” Gordon Willis was one of the world’s greatest cinematographers. His work on The Godfather and Klute cemented the thesis of “there is just as much in what you don’t see as in what you do.” He also had a reputation for being stern on set, some might even say grumpy. Upon their first meeting, Gordie and Woody became fast friends and brothers in cinematic arms finding a commonality in the “less is more” approach to filmmaking.

Woody during the cutting of ANNIE HALL

One scene in the film was written as an optical effect in the script yet achieved practically on set and in-camera. It’s the scene in which Annie and Alvy are in their respective therapist office speaking of one another. This was written to be shot on two sets and an optical split screen would marry them. Willis suggested to Woody that they should play the scene practically and build one set with a divider creating the illusion of two offices. Also, this would help Allen and Diane Keaton with their performances. Instead of a script supervisor reading the lines to them, they had each other’s energy to feed off of. It’s theatrical staging in aid of the cinematic effect, which is seemless, and all captured on one negative.

The Set & the Shot

Gordon Willis and Woody Allen would go on to collaborate and compliment each other on Interiors, Manhattan, Stardust Memories, A Midsummer’s Night Sex Comedy, Zelig, Broadway Danny Rose and The Purple Rose of Cairo.

Here is one of the top ten screenplays ever written: Woody Allen & Marshall Brickman’s screenplay for Annie Hall [pdf]. (NOTE: For educational and research purposes only). The DVD/Blu-ray of the film is available at Amazon and other online retailers. Absolutely our highest recommendation.

On the set of Annie Hall. Photos by Brian Hamill. 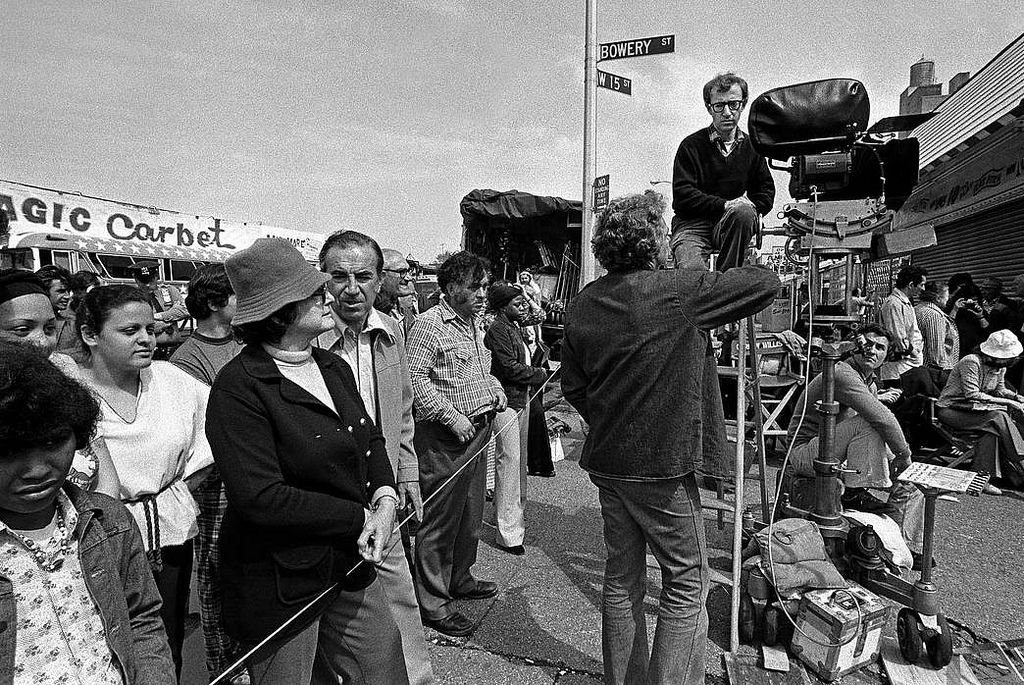 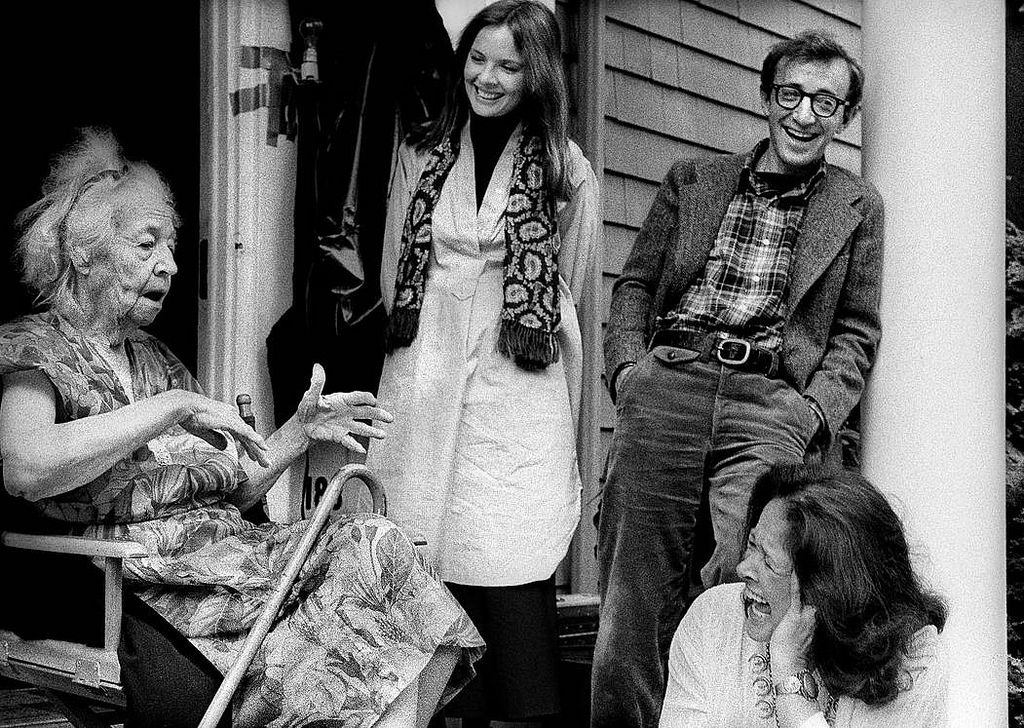 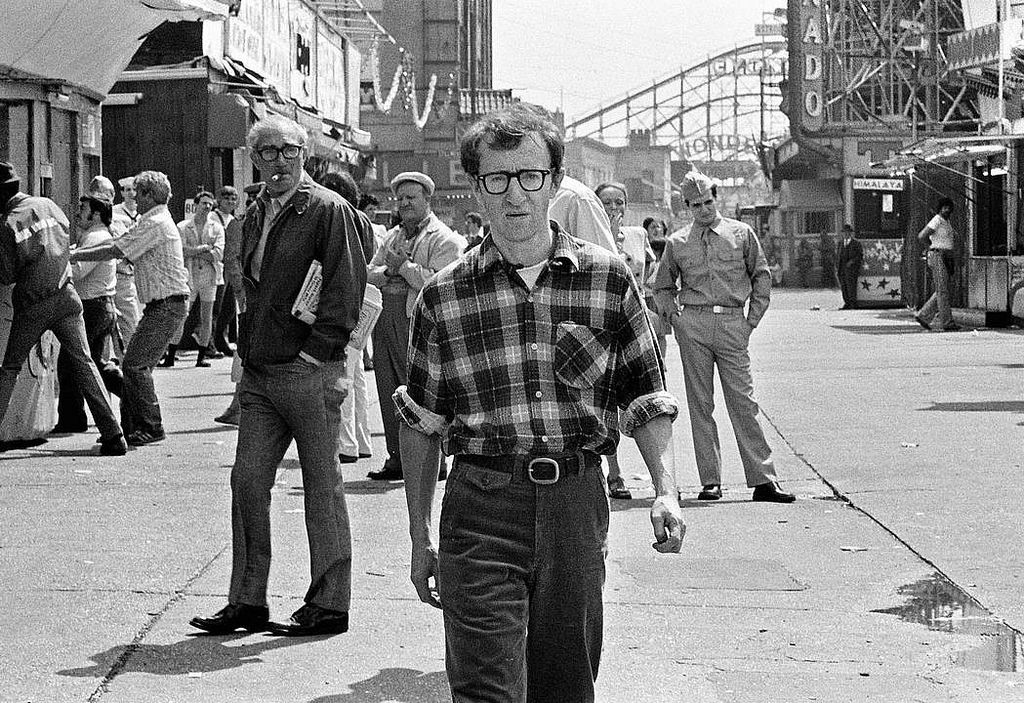 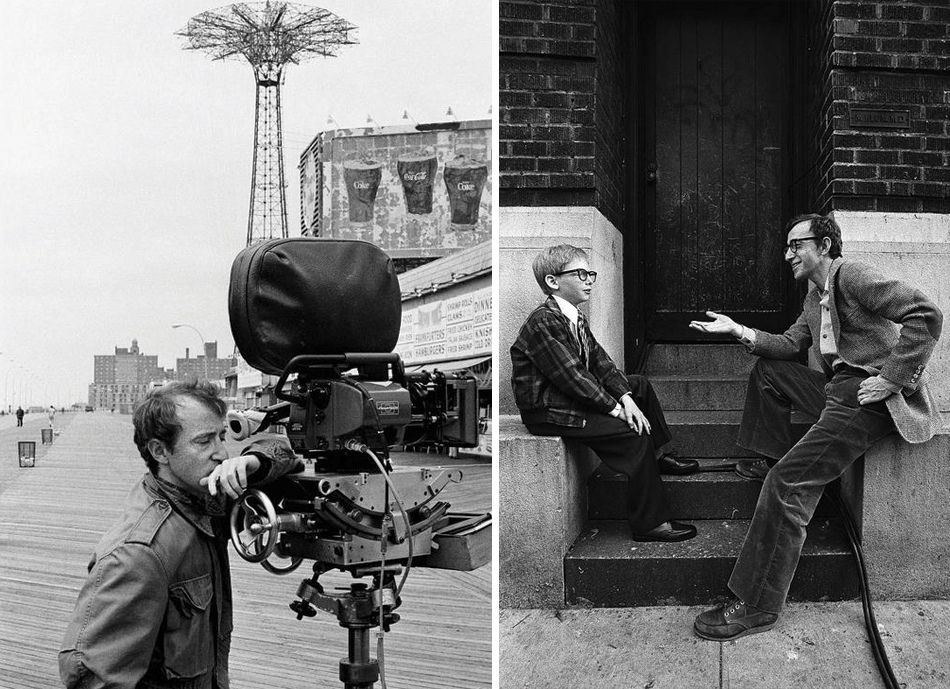 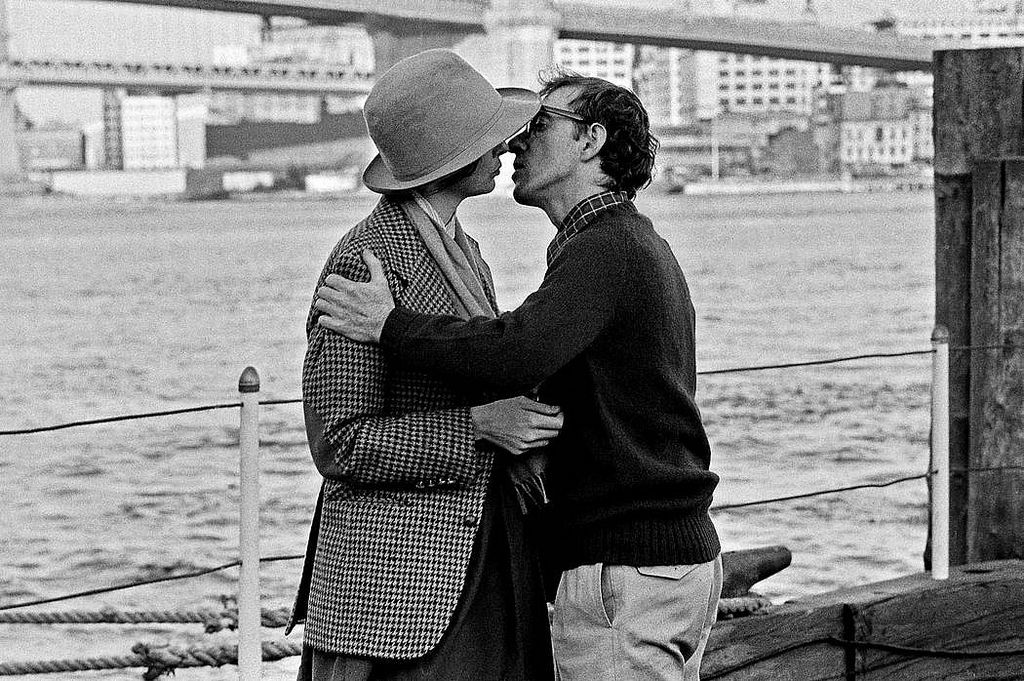 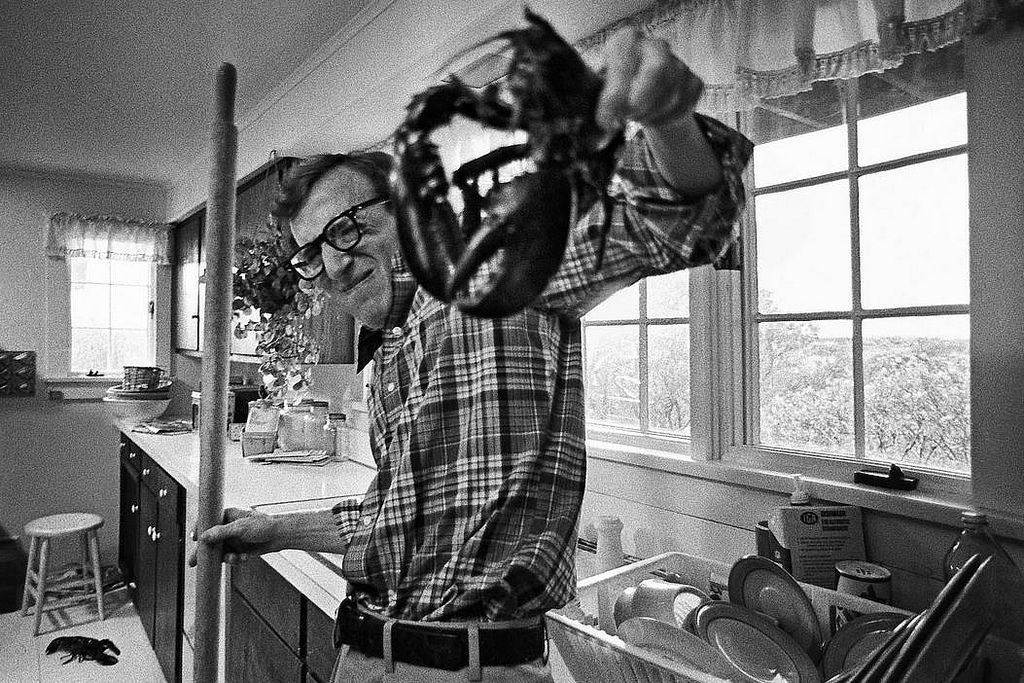 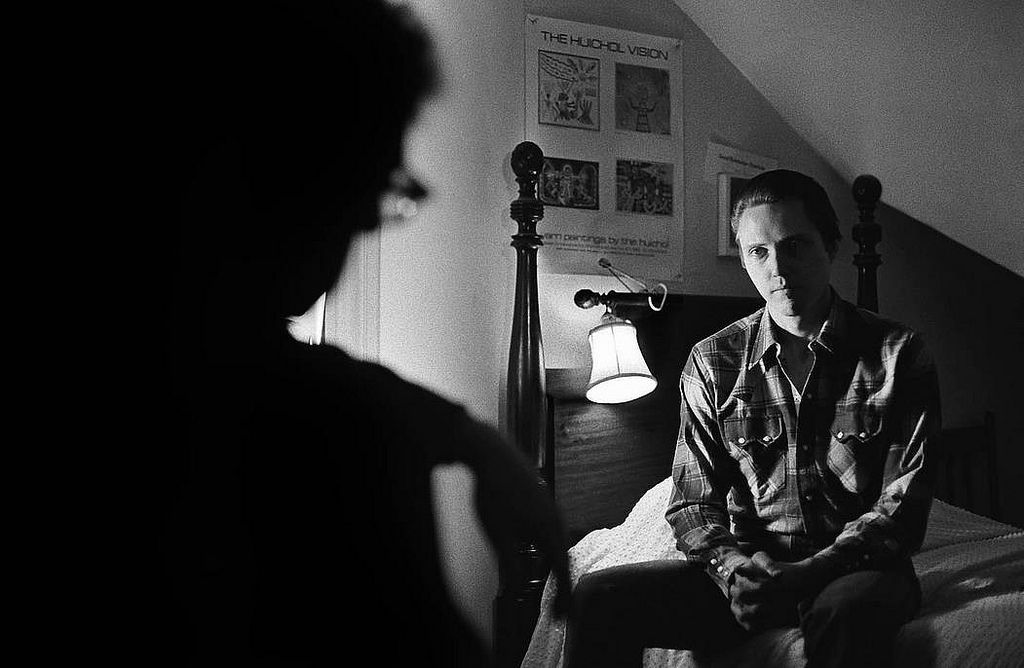 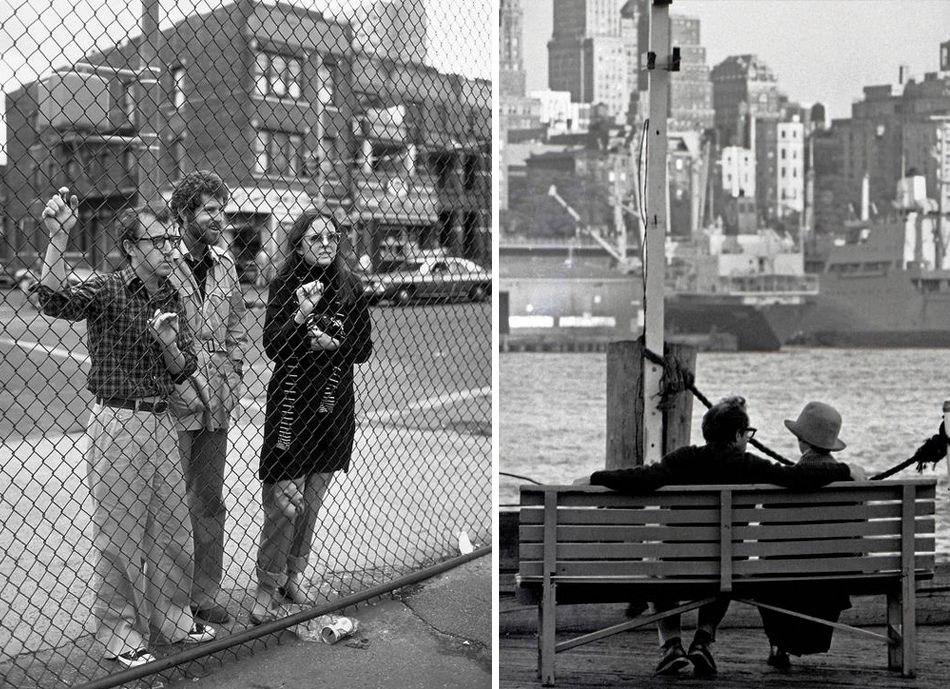 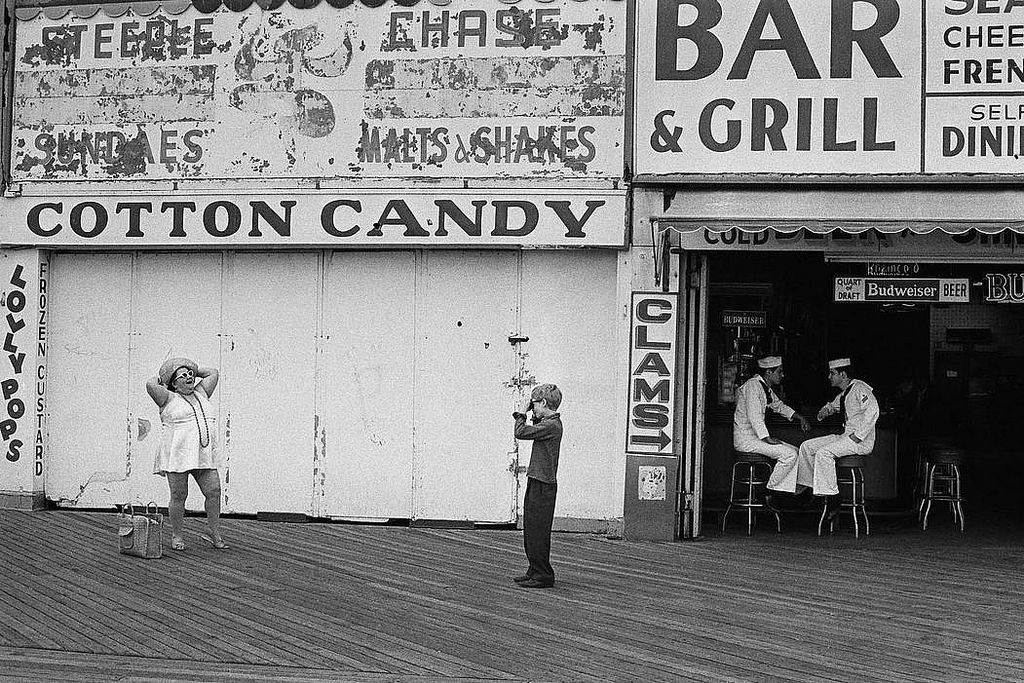