Andrew Rowe’s Sleepy Stories is, admittedly, built upon a relatively silly concept, albeit a clever one. An insomniac, deeply exhausted and downright desperate, turns to a special service that provides “agents” whose storytelling technique is guaranteed to cure even the worst cases of insomnia. It may sound ridiculous, but thanks to capable acting, fine writing and nice, atmospheric set-up, Rowe simply pulls it off. Entertaining, smart and definitely worth your time.

Sleepy Stories was an idea that occurred to me while visiting with a relative. After a long day of travel, all I wanted was to sleep, but he kept taking trips down memory lane, speaking in a soft, calming voice. I wondered if I got up to brush my teeth if he would follow me into the bathroom, never breaking from his story. That image was so funny to me that I tried to think of a way to build that into a short film. About two months later my subconscious put everything together and I was able to write Sleepy Stories fairly quickly.

I entered the script in the Crazy 8s Film Competition in Vancouver, BC and was fortunate enough to be one of six filmmakers chosen to make the entire film (production and post-production) in eight days, with donated services and some cash. They were extremely supportive and I don’t think I would’ve been able to get the exact film I wanted without them. 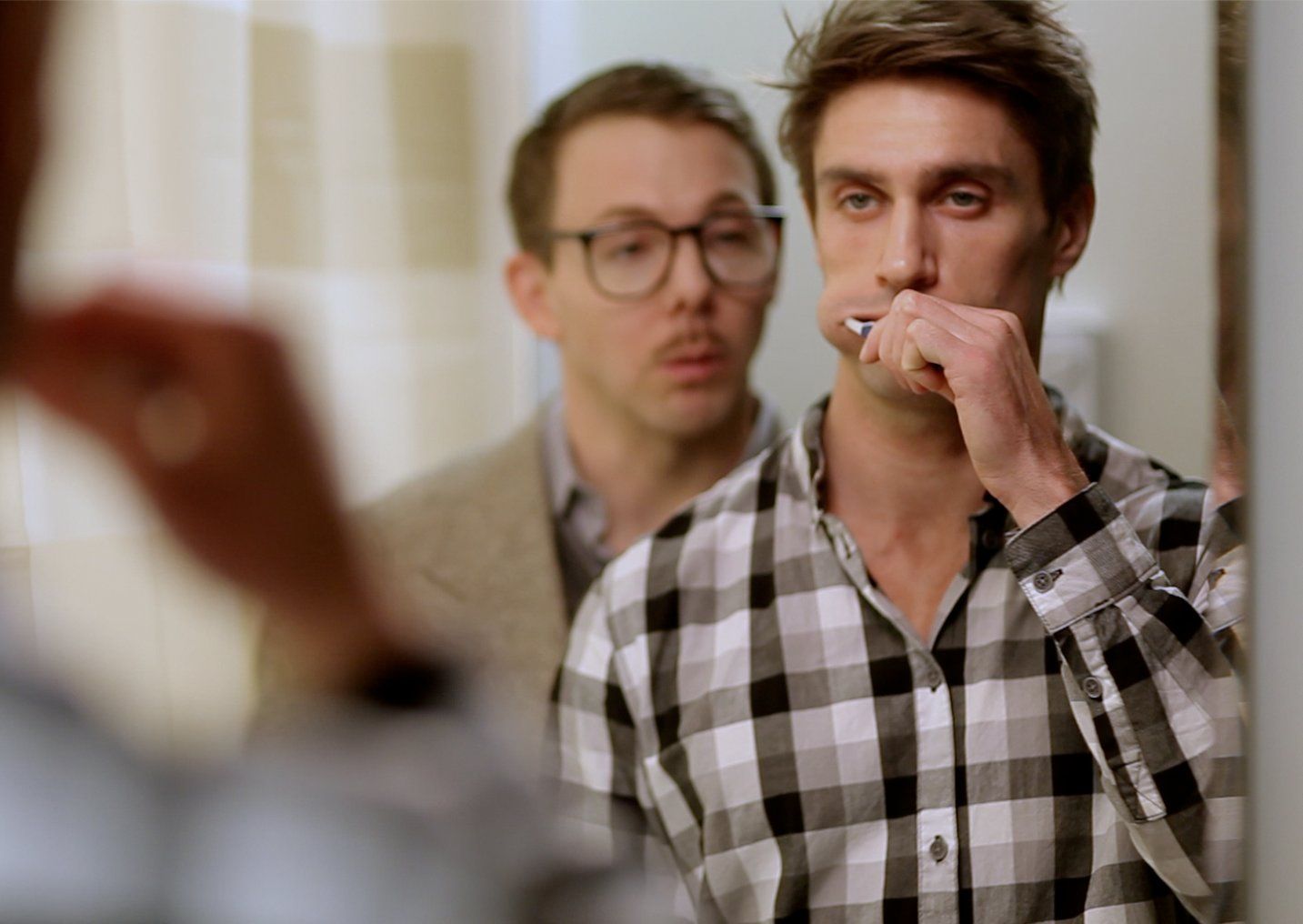 In terms of style and tone, I felt it was important to have no score because I wanted the film to be quiet, like Bertram’s voice. I wanted moments of silence and I wanted it to feel like it could really happen. Although it’s a bit of a silly concept, I didn’t want music to make it seem even sillier. I also believe it is important to approach comedy as you would drama in terms of camera work and editing. By that I mean, the camera shouldn’t move unless there’s a reason and you should always strive to have the best angle to tell your story. I feel films should flow and faster editing doesn’t make something funnier; it’s all in the performances, so let them have space to breathe. There’s no reason why comedies can’t be beautifully made. Films such as After Hours and Something Wild by Martin Scorsese and Jonathan Demme respectively prove that great attention to filmmaking technique can mix with comedy. —Andrew Rowe

Andrew Rowe moved to Vancouver, BC from St. John’s, NL in 2006 with the intention of going to film school. He decided to withdraw from school and invest his money in equipment instead. He formed the comedy troupe Wild Driver in 2008, and has written, directed, edited and acted in over 25 sketches and short films with the group. His work has screened at various film festivals in North America and Europe.