Charles M, a fantastic YouTube account dedicated to Andrei Tarkovsky related materials, has been uploading some incredible stuff, the English subtitles are also available: an intimate and poetic scene-by-scene look into the filming of Tarkovsky’s masterpiece, Nostalghia. Shot on the film’s set, Donatella Baglivo’s documentary gives a fascinating insight into the making of Nostalghia and includes interviews with Tarkovsky, the cast and crew.

Cinema Is A Mosaic Made Up Of Time (Il cinema e un mosaico fatto di tempo) by Donatella Baglivo. End of 1982, the Municipality of Rome is organizing an event called Ladri di cinema: 14 filmmakers are invited to talk about movies and authors who have influenced them. The lecture by Andrei Tarkovsky on that occasion, filmed by Donatella Baglivo, lets see him develop some of his major ideas on artistic creation and explain in particular the importance of the temporal dimension in his conception of cinema. He also expressed dismay at the poverty of contemporary cinema: the virtual absence of a real thought on the cinema, the primacy given to the entertainment cinema. It shows and finally commented excerpts from film directors of films that have stronger he was influenced and encouraged: Kurosawa, Buñuel, Antonioni…

Andrei Tarkovski, poésie et vérité (1999), punctuated by many biographical references, highlights the mystical dimension of the work of Tarkovsky, focusing particularly on notions of sacrifice and miracle very important for the Russian master.

Sacrifices of Andrei Tarkovsky (2012) uses unique materials related to the years Tarkovsky spent in Italy: Florence, where he lived, and where his museum now exists, at a place called Bagno Vignoni, where Nostalgia was filmed in the house of the Italian screenwriter Tonino Guerra. The film will include rare unique images: young Tarkovsky on the set, fragments of the documentary Time of travel, which was filmed in Italy by Andrei Tarkovsky with Tonino Guerra. For the first time viewers will see the location of filming of Stalker in Estonia.

The Exile and Death of Andrei Tarkovsky (1988)—documentary on the final years in the life of director Andrei Tarkovsky, who died in 1986, including his exile in Western Europe. The film shows the degree to which the themes of his films, Nostalghia and The Sacrifice almost literally came to encapsulate the director’s own life and death.

Rerberg and Tarkovsky: The Reverse Side of Stalker (2009). This account of cinematographer Georgi Rerberg’s career and his creative turmoil with Andrei Tarkovsky on Mirror and Stalker, though disputed, provides a fascinating window into the making of the films and the artistic process and personalities of the individuals involved. The film is a visual feast—a collage of on-set footage, production stills, paintings, personal reminisences, home movies and interviews.

On the scenography of Tarkovsky’s Sacrifice (1985, Kerstin Eriksdotter).

Russian cinematographer Alexander Knyazhinsky, most famous as Andrey Tarkovsky’s cameraman on Stalker in 1979, talks about the production on his deathbed, suffering from the cancerous plague that killed several others on the production including Tarkovsky, his wife, and star Anatoli Solonitsyn.

The editor Michal Leszczylowski offers a personal view of the Russian director. Despite not being too extensive, Leszczylowski offers lots of information: the problems that occurred with the French laboratory to prepare copies of the Sacrifice, how even sick Tarkovsky made sure everything was as he wanted, the problem with the dubbing of Adelaide, veneration felt for Luis Buñuel’s films or the relationship between editor and director. 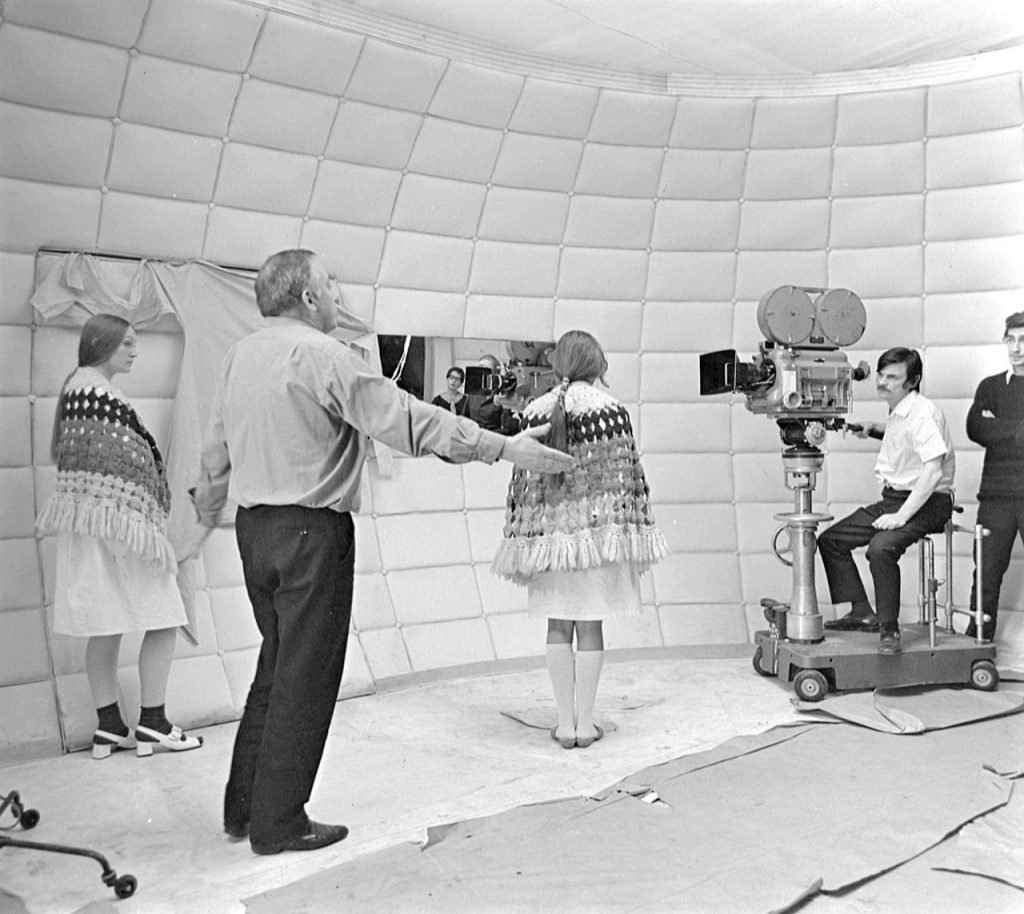 Eduard Artemiev about working on Solaris and Andrei Tarkovsky. Eduard Nikolaevich Artemiev is a Russian composer of electronic music and film scores. Outside of Russia he is mostly known for his soundtracks for films such as Solaris, Siberiade, Stalker and Burnt by the Sun.

A Poet in Cinema: Andrei Tarkovsky (1984) reveals the director’s deep thoughts on filmmaking and life.

Some rare footage from the set of Andrei Rublev (1966).

“A masterpiece! Chris Marker’s One Day in the Life of Andrei Arsenevich is the best single piece of Tarkovsky criticism I know of, clarifying the overall coherence of his oeuvre while leaving all the mysteries of his films intact. The video interweaves biography and autobiography with poetic and political insight in a manner that seldom works as well as it does here.” —Jonathan Rosenbaum. The DVD of the documentary is available at Amazon and other online retailers. Absolutely our highest recommendation.

Recommended reading: Sven Nykvist on the shooting of The Sacrifice.

Chris Marker’s rushes of Tarkovsky’s Sacrifice (1985). This material is also known as “Tarkovski 85” and was a component in the Zapping Zone installation along with “Matta 85” “Tokyo Days” one called “from Chris to Christo” and many others. It was later used in One Day in the Life Of Andrei Arsenevich.

Sätta Ljus, a documentary about Sven Nykvist’s lighting process on The Sacrifice. It’s one of the two lesser-known “brothers” of Directed by Andrei Tarkovsky, with footage belonging to the Swedish Film Institute.

Andrei Tarkovsky: A Recollection (1996). This is an intimate short documentary about the last days of the director filmed by his son.