Robert Altman’s Short Cuts is not only one of the more enticing films of the fruitful nineties, but also a work of art we simply can’t stop harassing our friends with. Based on nine stories and a poem written by the American 20th century short story legend Raymond Carver, the film follows the lives of twenty-two Los Angeles characters, brought to life by an incredibly talented ensemble cast. Carver’s writings were adapted for the big screen by Frank Barhydt and Altman himself, and if you’re by any chance wondering what Altmanesque means, here’s your unique chance to see for yourself. Exceptional piece of writing. Dear every screenwriter, read Robert Altman & Frank Barhydt’s screenplay for Short Cuts [PDF]. (NOTE: For educational and research purposes only). The Blu-ray of the film is available from the Criterion Collection. Absolutely our highest recommendation.

A segment from BBC Television’s Moving Pictures tracing the development of the screenplay.

Reimagining Raymond Carver on film: A talk with Robert Altman and Tess Gallagher, courtesy of CineFiles.

Bob Balaban: Altman-esque means never having to say you’re sorry. Bob did what he wanted in the face of tremendous obstacles and he really was programmed that way. I suspect as a child he was pretty stubborn all his life. What was he like as a child Kathryn, did you ever hear stories about him?
Kathryn Altman: Yeah, I can’t believe them!
BB: But to me, the whole key to Robert in everything, was that he was someone who followed his own beat and listened to his own drum. You couldn’t dissuade him from that path, and that was one of his great strengths as a filmmaker, and possibly as a human being as well. So that’s Altman-esque to me. 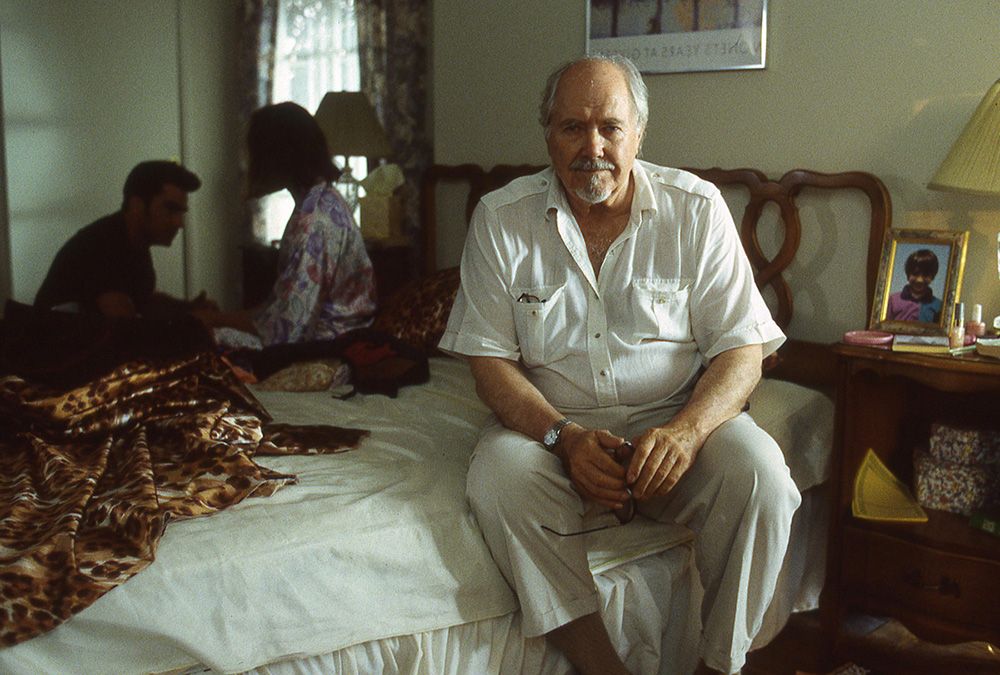 KA: Right off the top of my head, my synonym for Altman is having the world’s greatest sense of humor—I mean, just the world’s greatest, the best. And that’s something that shows in all his pictures in so many different ways and always comes up at some point.
BB: One of the greatest secrets of writing and directing is that people with senses of a humor really understand that there’s no difference between comedy and tragedy, it’s all mixed in there together just as in life. And most filmmakers say, this is going to be a funny movie or this is going to be a serious movie, but for Robert, I don’t think there was any dividing line between. It was life, it wasn’t serious, it wasn’t funny, it was life. —Remembering Robert Altman With His Wife Kathryn and Longtime Friend & Collaborator Bob Balaban 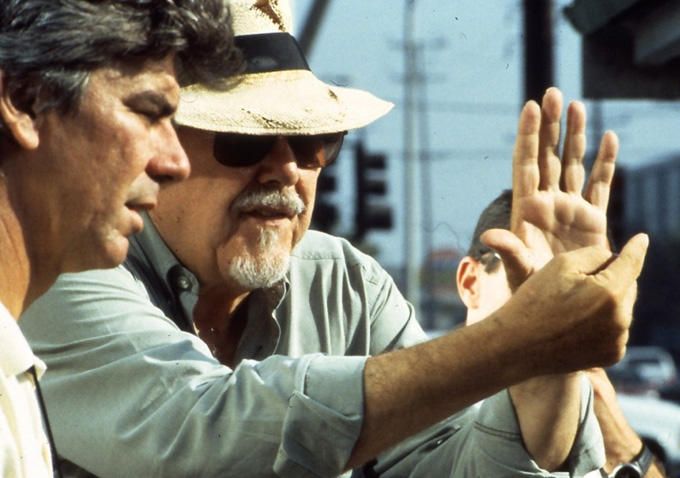 Photographed by Joyce Rudolph © Fine Line Features, A Gary Brokaw/Avenue Pictures Production, Spelling Films International, Avenue Pictures. Intended for editorial use only. All material for educational and noncommercial purposes only.