Influenced to a degree by William Shakespeare’s King Lear, Akira Kurosawa’s Ran combines the elements of the well-known story of the British author’s king with a Japanese medieval epic to create a, first and foremost, beautiful, touching film of lasting value and invaluable depth. Even though Kurosawa experienced a lot of success and international and domestic recognition in the earlier part of his career, after 1965 he found it difficult to secure financial support necessary for the production of his films. He wrestled with the notion of being too old-fashioned, he was hurt by box office struggles of his works, going through a tough period both professionally and emotionally. But then he found a welcome helping hand in the French producer Serge Silberman, a man willing to gamble on Kurosawa’s next project. And that’s how the world of film was enriched by Ran. Enjoying the benefits of having the biggest budget in Japanese cinematography up to that point, Kurosawa created an epic depiction of an aging, ailing warlord determined to abdicate and divide his power onto his three sons. Many have noted the similarities evident between the protagonist and the filmmaker himself, choosing to believe Ran was just as much a story about Kurosawa and his struggles as it was about the warlord.

After all, despite the fact that they function in different areas of business and life, don’t both a national leader and a filmmaker offer their vision to the people that follow them, presenting it in a way that inevitably seeks the audience’ opinion, causes their reaction? Grappling with the themes of family, honor, pride and chaos, this nihilistic story enhanced by a delightfully unforgettable soundtrack by Toru Takemitsu, allegedly drawing inspiration from Gustav Mahler, is by all standards one of master Kurosawa’s best films in his resume.

The costimography of Ran has been unanimously appreciated around the world: the 1.400 costumes handmade in Kyoto are incredibly rich with colors and details, and are more than often brilliantly juxtaposed against dry, desolate, colorless backgrounds, bringing together the dazzling visuals that make Kurosawa’s story even more of a delight to experience. 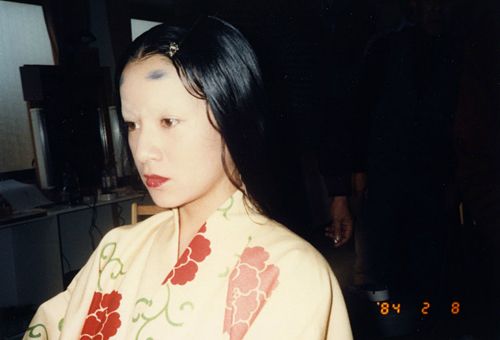 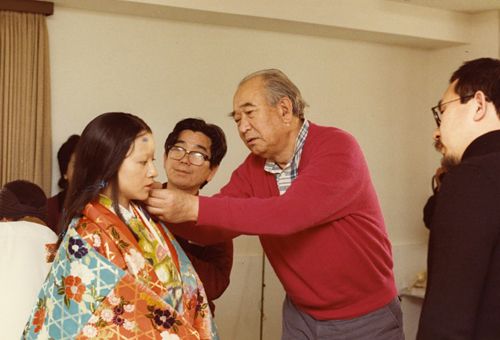 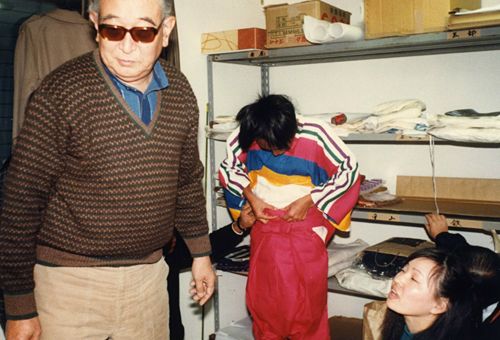 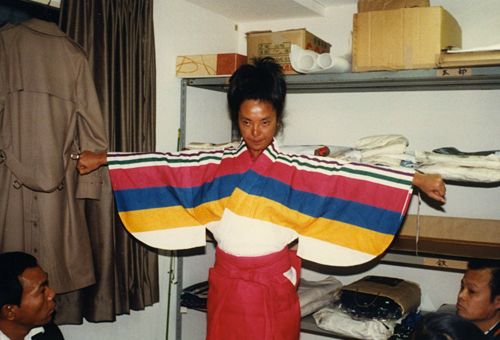 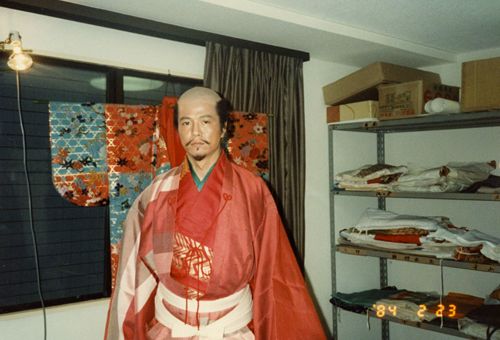 The DVD/Blu-ray of the film is available at Amazon, the Criterion Collection (out-of-print) and other online retailers. Absolutely our highest recommendation. Also, here’s the original press kit and other documents for your reading and learning pleasure.

Chris Marker’s documentary A.K. (1985) is an epic—a portrait of Kurosawa during the making of his most ambitious and expensive picture. You see the Sensei director in front of JCBs, great earth-moving machines… You see massive sets, hundreds of extras, the Plains of Gotenba…

In 2005, the Criterion Collection went interviewing director Sidney Lumet about Akira Kurosawa’s Ran (1985)—as the film was getting released on video at that time. In these 12-min long interview, the American director shares some insightful comments, whether it’s on the film—pointing out subtle details, giving us the perfect opportunity to re-watch it—or, on Akira Kurosawa himself—Lumet did meet the Japanese filmmaker, saying he’s “the Beethoven of movie directors.” Among other things, Lumet talks about the visual style of Kurosawa, how he didn’t use close-ups on Ran, how the movie looks like a painting, how he directed actors to get something surrealist, over-the-top. Lumet also notices the western sounds of the score, explaining the “western orientation of Kurosawa’s work,” only to conclude on the main (and dark) themes of the film. —Wildgrounds

A 35-minute video piece reconstructing Ran through Kurosawa’s paintings and sketches, created as part of the series Image: Kurosawa’s Continuity.

A Message from Akira Kurosawa: For Beautiful Movies (2000)—a 90-minute documentary that includes ten thematically separated interviews with Akira Kurosawa, filmed towards the end of his life. The director discusses his filmmaking and his quest for making the perfect, or “beautiful,” movie.