This piece was originally written for the Asahi Shinbun newspaper, and published in the evening edition, on 13 May, 1977. It was reproduced, with the addition of the photo of Kurosawa and Tarkovsky in Solaris pamphlet. It was also published in Nihonkai Eigasha, June 1978. It was again published in Image Forum No. 80, March special issue, 1987, under a different title: Solaris: A Nostalgy toward Nature on Great Earth. Finally, the article appeared in The Complete Akira Kurosawa, Vol 6, Iwanami Shoten Publishers, Tokyo, 1988, with the original title, Tarkovsky and Solaris. The article was translated for Nostalghia.com by their Japan correspondent SATO Kimitoshi.

TARKOVSKY AND SOLARIS
BY AKIRA KUROSAWA

I met Tarkovsky for the first time when I attended my welcome luncheon at the Mosfilm during my first visit to Soviet Russia. He was small, thin, looked a little frail, and at the same time exceptionally intelligent, and unusually shrewd and sensitive. I thought he somehow resembled Toru Takemitsu, but I don’t know why. Then he excused himself saying, “I still have work to do,” and disappeared, and after a while I heard such a big explosion as to make all the glass windows of the dining hall tremble hard. Seeing me taken aback, the boss of the Mosfilm said with a meaningful smile: “You know another world war does not break out. Tarkovsky just launched a rocket. This work with Tarkovsky, however, has proved a Great War for me.” That was the way I knew Tarkovsky was shooting Solaris. 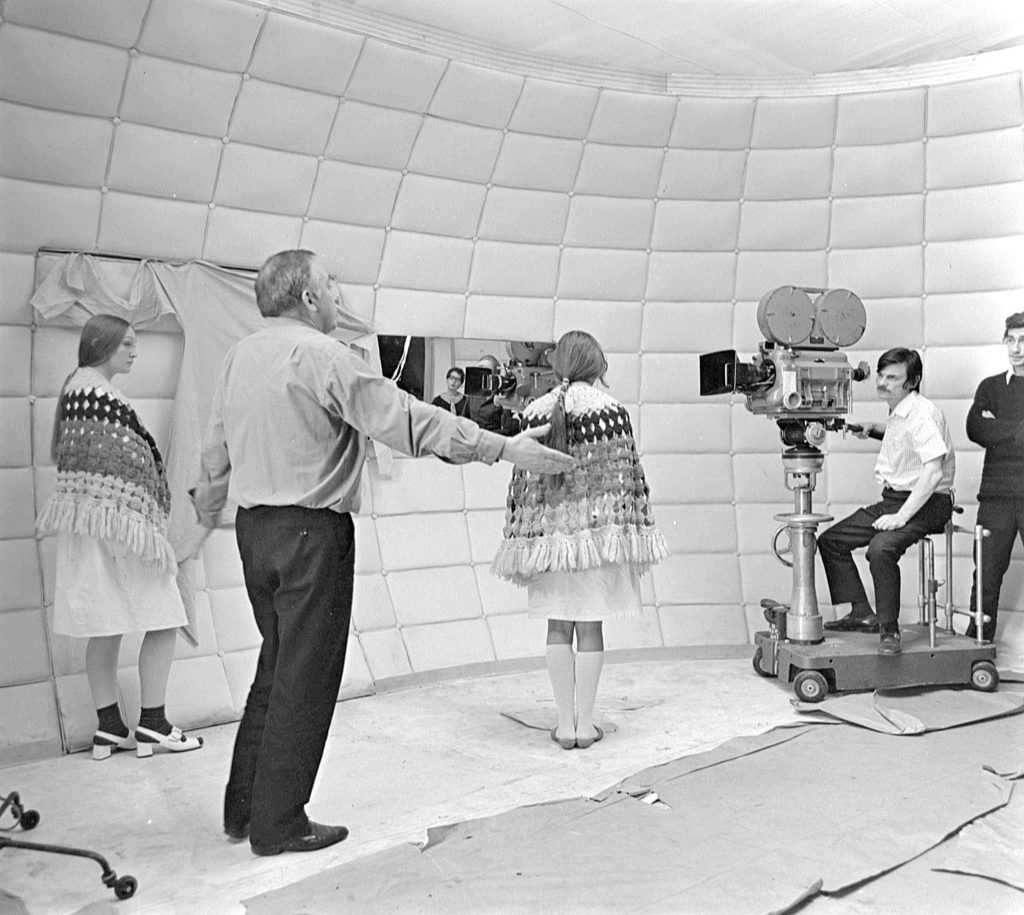 After the luncheon party, I visited his set for Solaris. There it was. I saw a burnt down rocket was there at the corner of the space station set. I am sorry I forgot to ask him as to how he had shot the launching of the rocket on the set. The set of the satellite base was beautifully made at a huge cost, for it was all made up of thick duralumin.

It glittered in its cold metallic silver light, and I found light rays of red, or blue or green delicately winking or waving from electric light bulbs buried in the gagues on the equipment lined up in there. And above on the ceiling of the corridor ran two duralumin rails from which hanged a small wheel of a camera which could move around freely inside the satellite base.

Tarkovsky guided me around the set, explaining to me as cheerfully as a young boy who is given a golden opportunity to show someone his favorite toybox. Bondarchuk, who came with me, asked him about the cost of the set, and left his eyes wide open when Tarkovsky answered it. The cost was so huge: about six hundred million yen as to make Bondarchuk, who directed that grand spectacle of a movie “War and Peace,” agape in wonder.

Now I came to fully realize why the boss of the Mosfilm said it was “a Great War for me.” But it takes a huge talent and effort to spend such a huge cost. Thinking “This is a tremendous task” I closely gazed at his back when he was leading me around the set in enthusiasm.

Concerning Solaris, I find many people complaining that it is too long, but I do not think so. They especially find too lengthy the description of nature in the introductory scenes, but these layers of memory of farewell to this earthly nature submerge themselves deep below the bottom of the story after the main character has been sent in a rocket into the satellite station base in the universe, and they almost torture the soul of the viewer like a kind of irresistible nostalghia toward mother earth nature, which resembles homesickness. Without the presence of beautiful nature sequences on earth as a long introduction, you could not make the audience directly conceive the sense of having-no-way-out harboured by the people “jailed” inside the satellite base.

I saw this film late at night in a preview room in Moscow for the first time, and soon I felt my heart aching in agony with a longing to returning to the earth as quickly as possible. Marvellous progress in science we have been enjoying, but where will it lead humanity after all? Sheer fearful emotion this film succeeds in conjuring up in our soul. Without it, a science fiction movie would be nothing more than a petty fancy.

These thoughts came and went while I was gazing at the screen.

Tarkovsky was together with me then. He was at the corner of the studio. When the film was over, he stood up, looking at me as if he felt timid. I said to him, “Very good. It makes me feel real fear.” Tarkovsky smiled shyly, but happily. And we toasted vodka at the restaurant in the Film Institute. Tarkovsky, who didn’t drink usually, drank a lot of vodka, and went so far as to turn off the speaker from which music had floated into the restaurant, and began to sing the theme of samurai from Seven Samurai at the top of his voice. 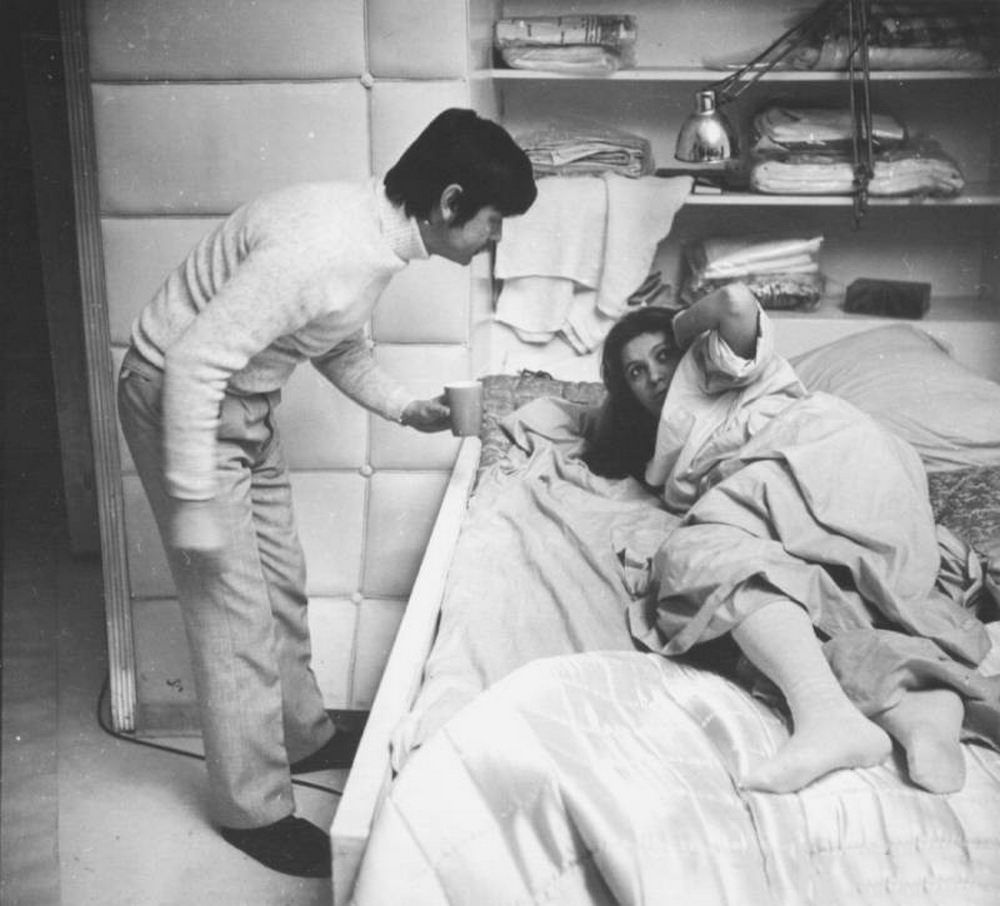 As if to rival him, I joined in.

For I was at that moment very happy to find myself living on Earth.

Solaris makes a viewer feel this, and even this single fact shows us that Solaris is no ordinary SF film. It truly somehow provokes pure horror in our soul. And it is under the total grip of the deep insights of Tarkovsky.

There must be many, many things still unknown to humanity in this world: the abyss of the cosmos which a man had to look into, strange visitors in the satellite base, time running in reverse, from death to life, strangely moving sense of levitation, his home which is in the mind of the main character in the satellite station is wet and soaked with water. It seems to me to be sweat and tears that in his heartbreaking agony he sqeezed out of his whole being. And what makes us shudder is the shot of the location of Akasakamitsuke, Tokyo, Japan. By a skillful use of mirrors, he turned flows of head lights and tail lamps of cars, multiplied and amplified, into a vintage image of the future city. Every shot of Solaris bears witness to the almost dazzling talents inherent in Tarkovsky. 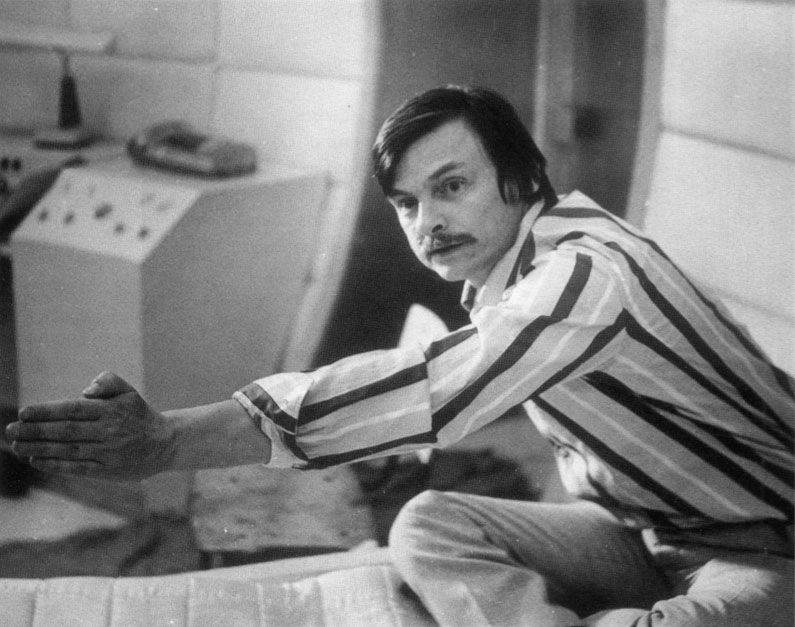 Many people grumble that Tarkovsky’s films are difficult, but I don’t think so. His films just show how extraordinarily sensitive Tarkovsky is. He made a film titled Mirror after Solaris. Mirror deals with his cherished memories in his childhood, and many people say again it is disturbingly difficult. Yes, at a glance, it seems to have no rational development in its storytelling. But we have to remember: it is impossible that in our soul our childhood memories should arrange themselves in a static, logical sequence.

A strange train of fragments of early memory images shattered and broken can bring about the poetry in our infancy. Once you are convinced of its truthfulness, you may find Mirror the easiest film to understand. But Tarkovsky remains silent, without saying things like that at all. His very attitude makes me believe that he has wonderful potentials in his future.

There can be no bright future for those who are ready to explain everything about their own film. —Akira Kurosawa 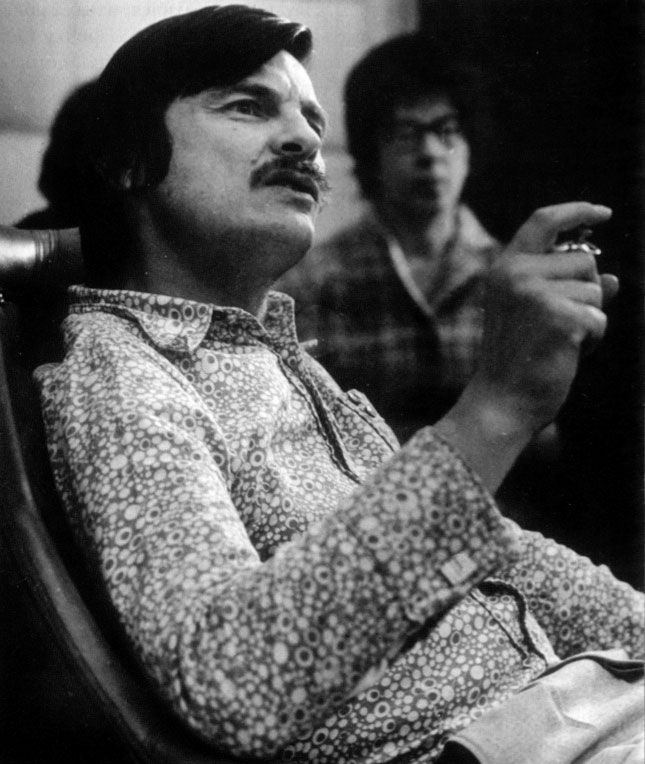 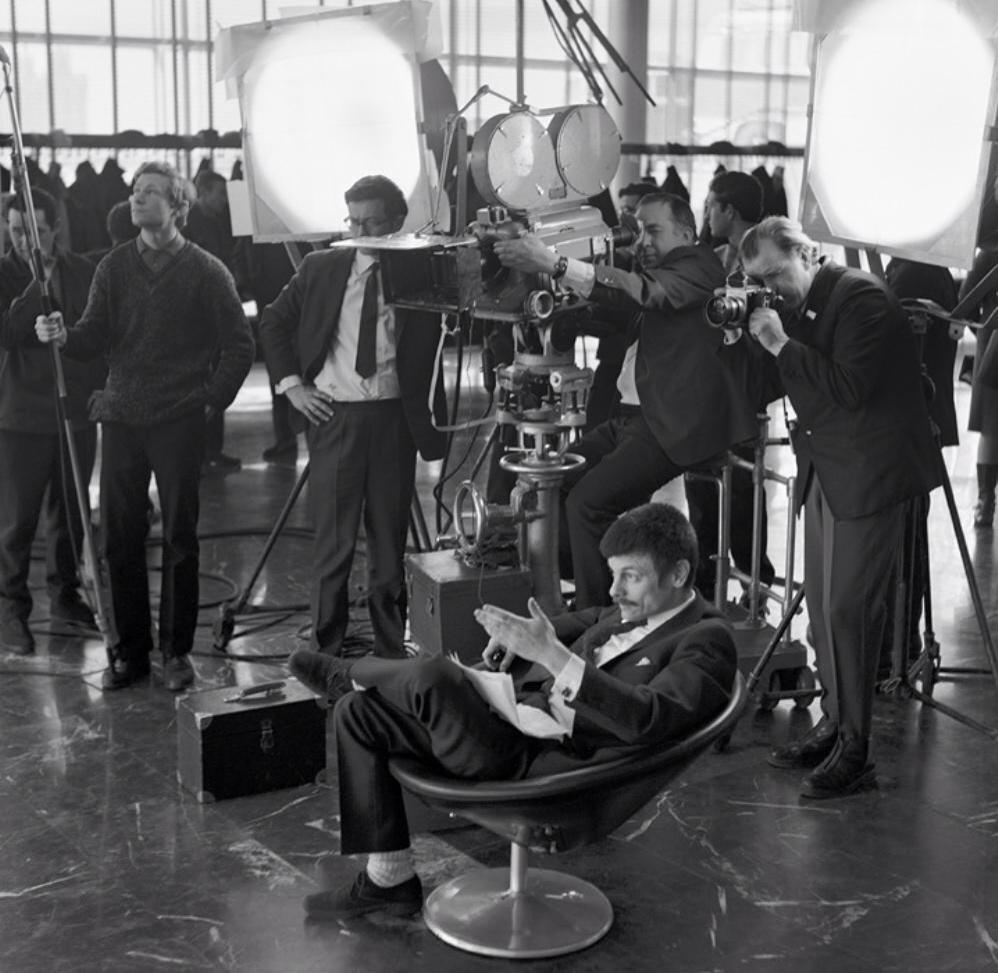 Hundreds of our dedicated readers and greatest fans of C&B are owners of successful businesses, production companies, they are the heads of Hollywood studios… they are A.M.P.A.S. members—we’ve stopped counting them after reaching 248. And we’re having issues with finding a sponsor, we’re going crazy! How is it even possible that a website with this fanbase and readership has problems with finding at least one sponsor? The future of our website literally depends on that single sponsor that might enter the game. We’ve still had no break. We’re afraid that C&B, without secured funds, is facing its final days (this time’s for real). Maybe someone can help us with this issue?